As I’ve said before, Zacatecas is a cool city. This morning we walked around the city a bit more checking out a few places we didn’t see yesterday and looking for some desayuno. It seems like most places here don’t open until at least 9.. even the cafes and bakeries weren’t open yet. 😕

The ride from Zacatecas to Guanajunato was mostly uneventful and went quick since it was only about 180 miles. We took the cuota (toll road) most of the way and it ended up being pricey. I think it cost us around 130 pesos each which is about $10. That’s a lot since motos are half the price of cars.

We made it into Guanajuato pretty easily which is no easy task for most since the city is a maze of one way roads, underground tunnels, dead end roads that turn into stair cases and an abundance of people all around.

I had a hotel loaded into the GPS that I had researched the day before, so the GPS brought us pretty much straight there. It actually lead us to the back of the hotel so we had to figure out how to navigate to the front which isn’t easy in this city.

Like in Zacatecas, we got settled and then went out to explore the city for a few hours while it was still light out. 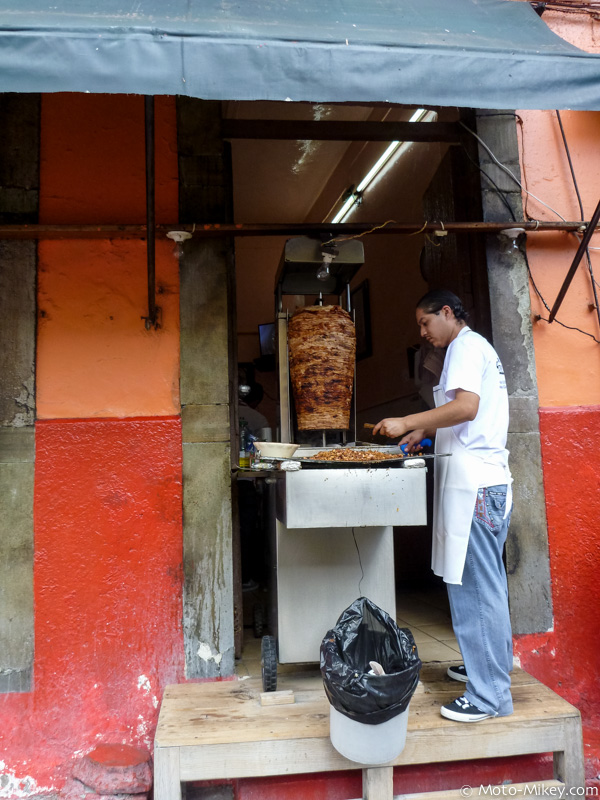 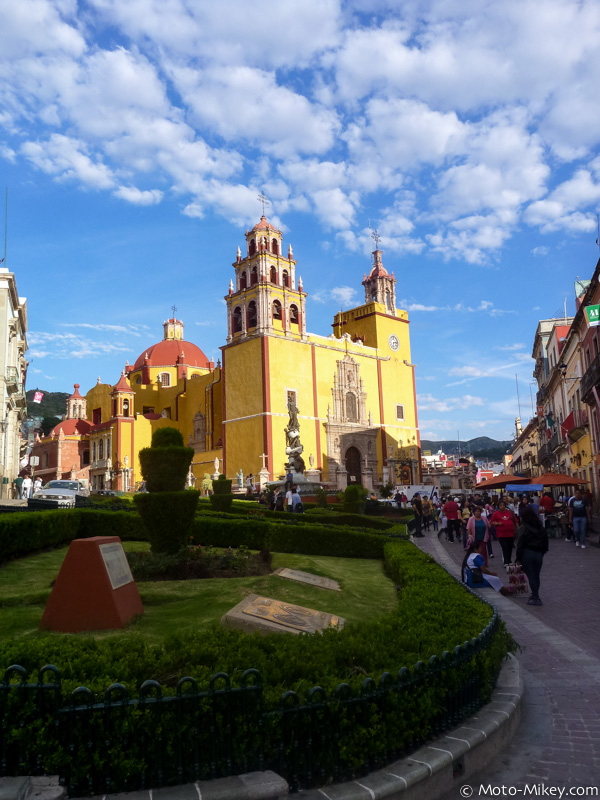 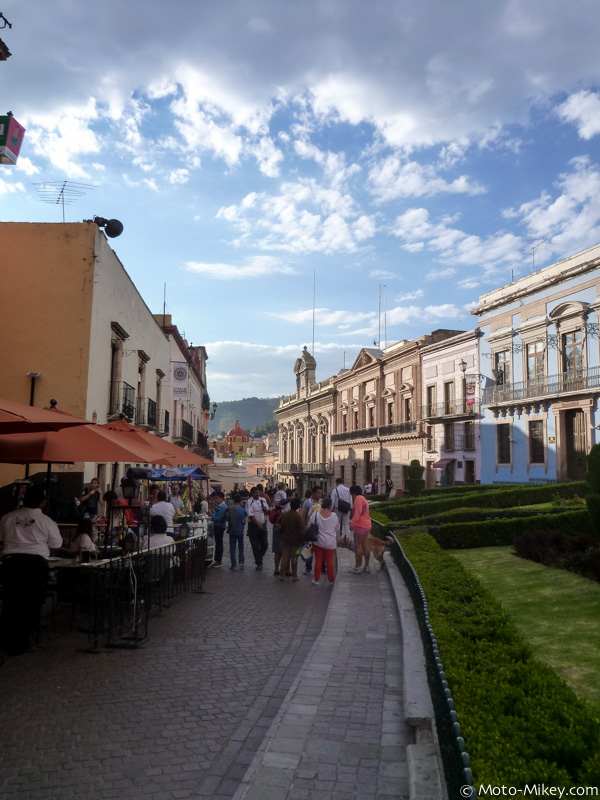 The city was super busy. There must have been thousands and thousands of people out walking around the city. There were also food carts and other small shops everywhere. What’s going on and why is it so busy? Turns out it’s some big event that goes on here every year and today is the first day.

Some sort of joint Mexican/Guanajuato and Uruguay festival: 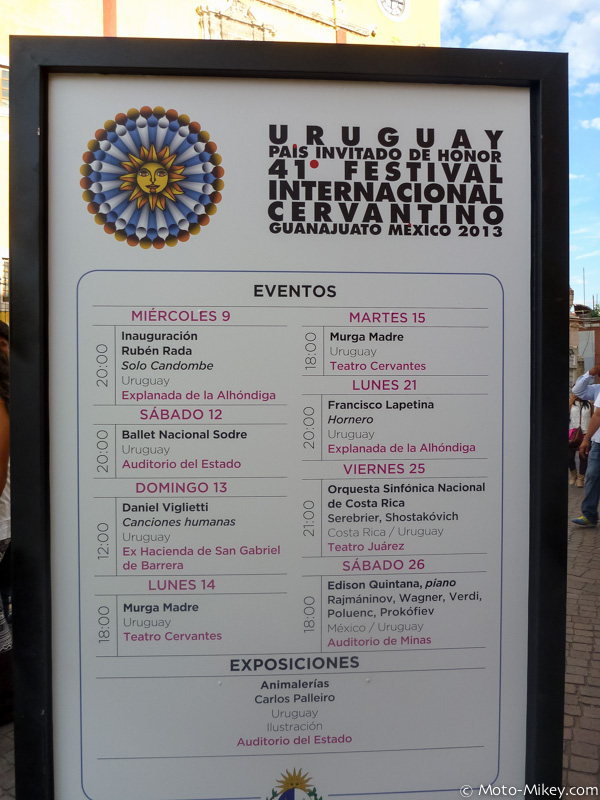 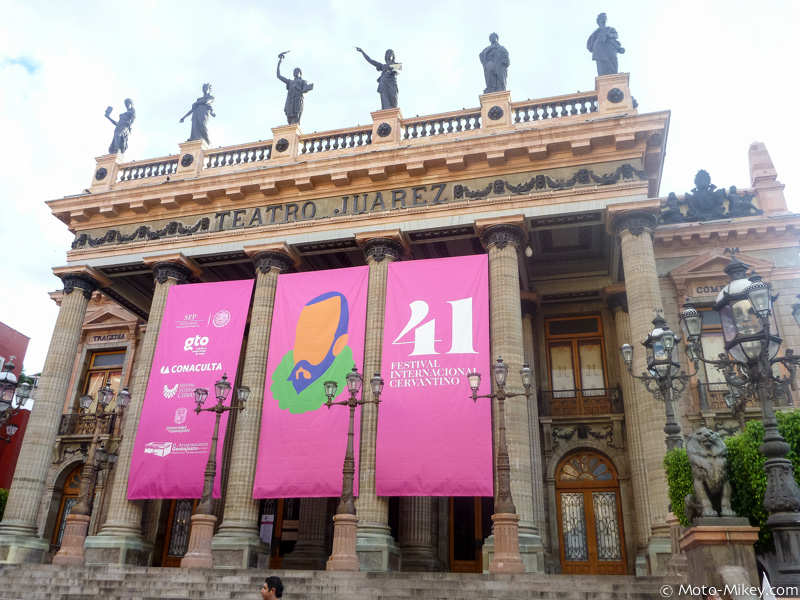 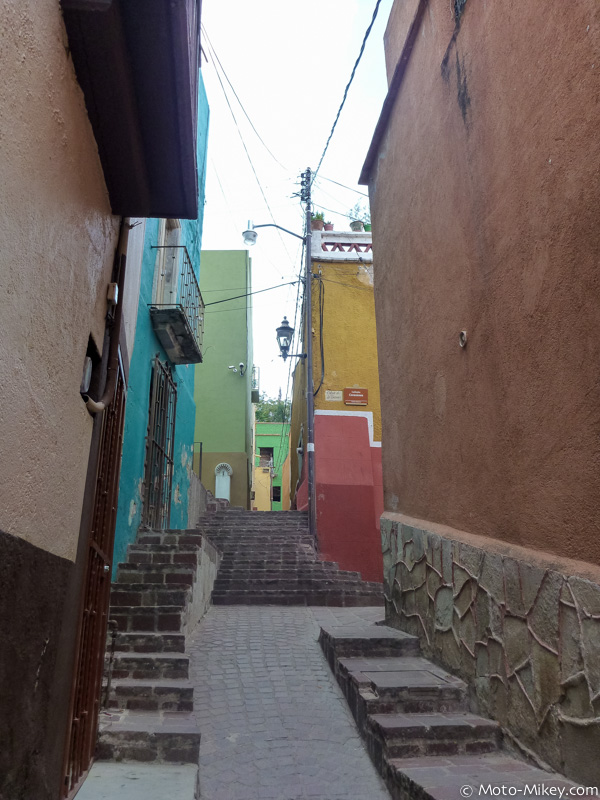 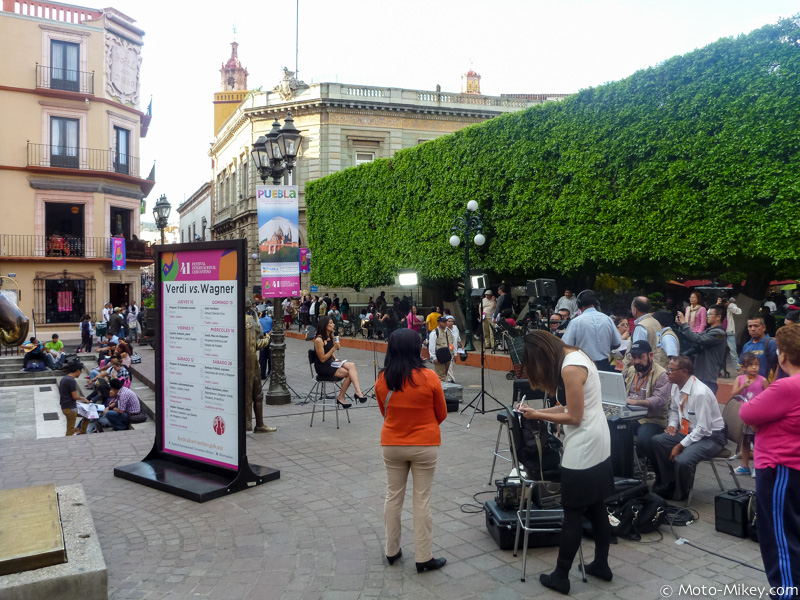 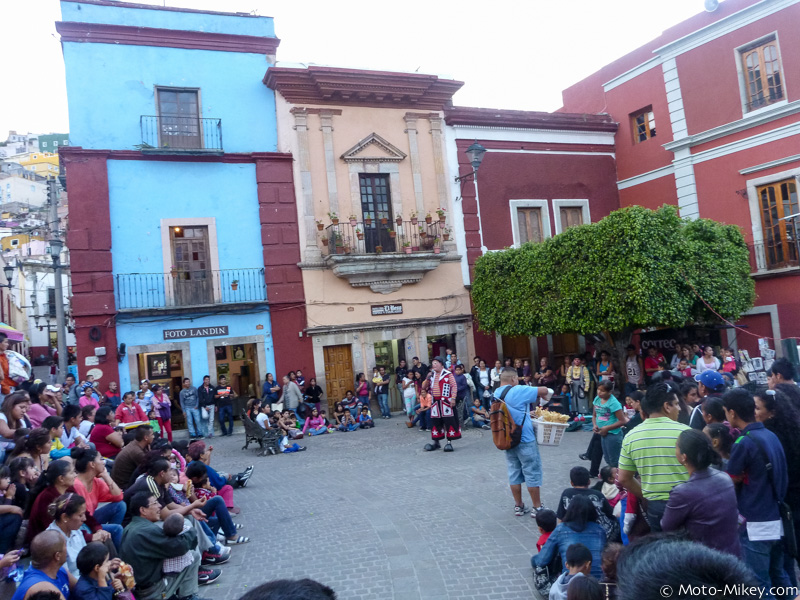 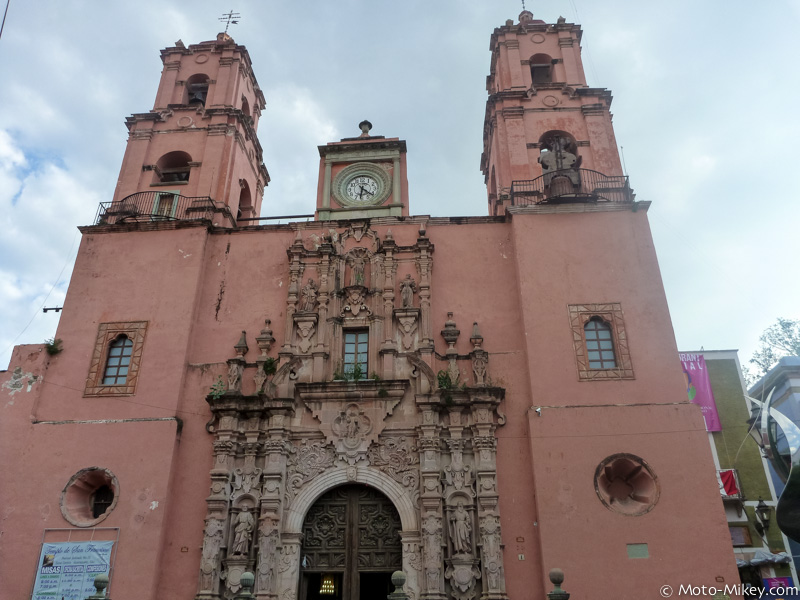 One of the underground tunnels that Guanajuato is known for: 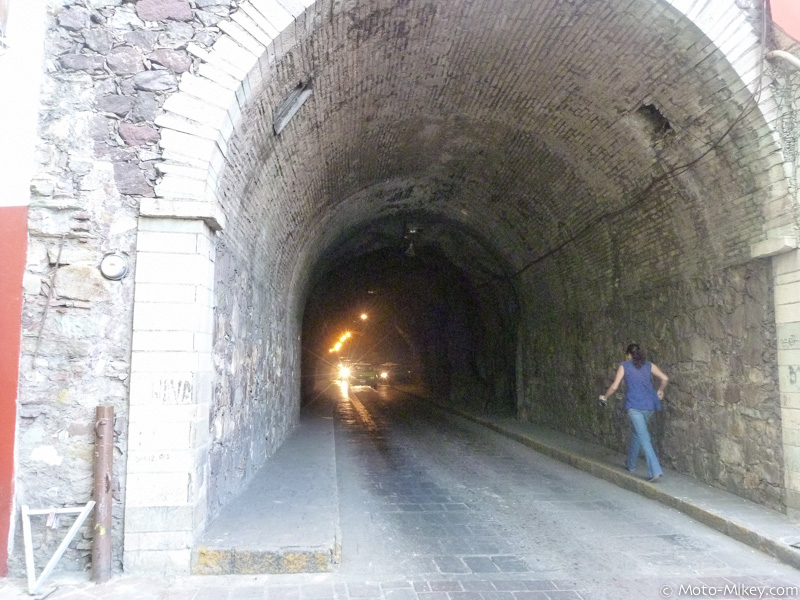 We took the funicular rail up the hill to get a better view of the city: 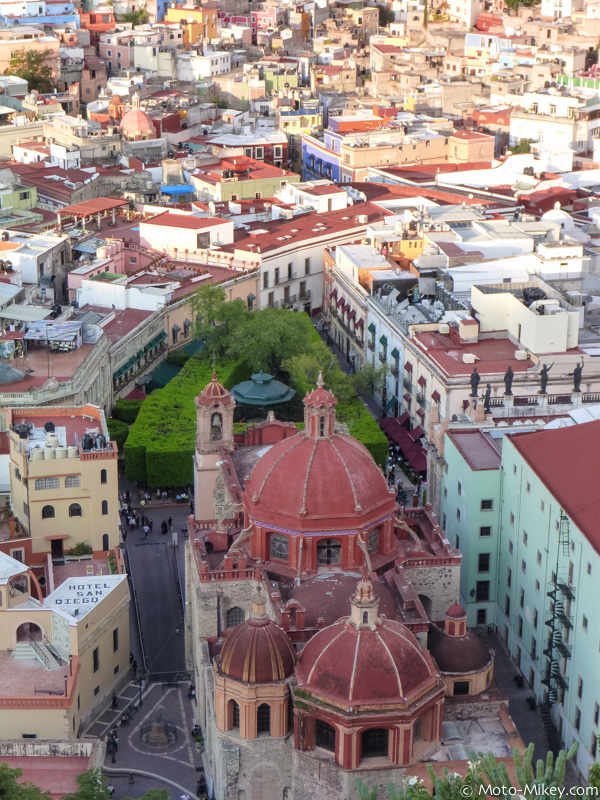 After checking out the city for about 3 hours we headed back to the hotel to relax for a bit. Later on around 2100 we went back to explore a bit more and shortly after walking out the door the fireworks started. Just in time! Too bad my P&S camera died about 10 seconds into the show. 😡

They most definitely have more relaxed regulations with fireworks down here. Some of the mortar shells were so big and exploded so low you could feel the concussion hit your chest  every time one exploded 😆 The photo below was just as the show started and only depicts the little rockets. 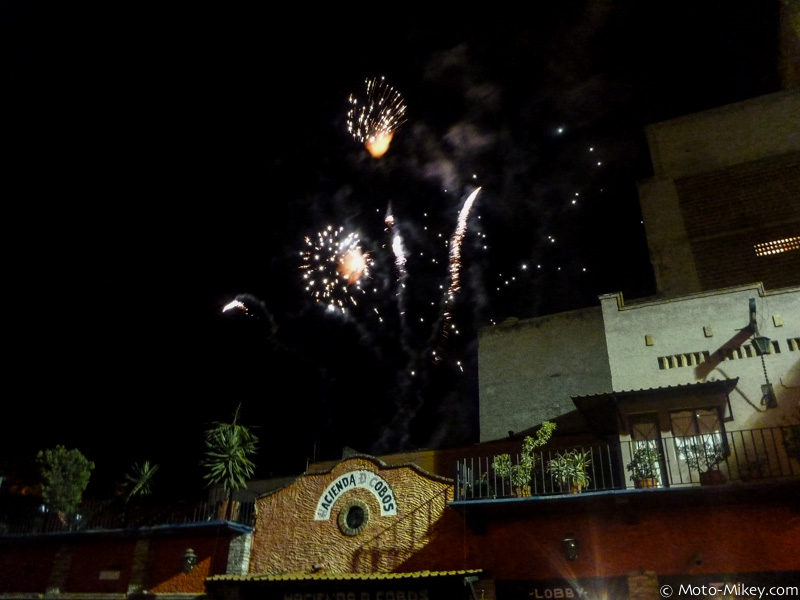 I attempted to take a few night shots with the DSLR. Still learning how to use this thing.. 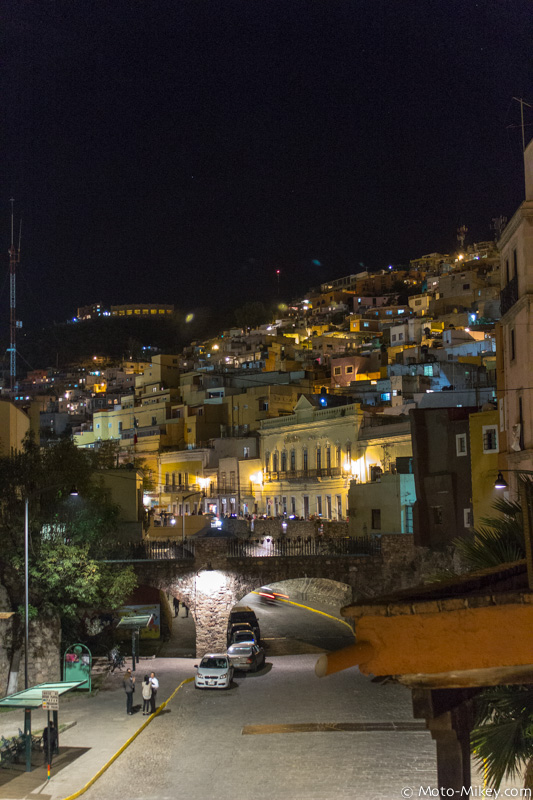 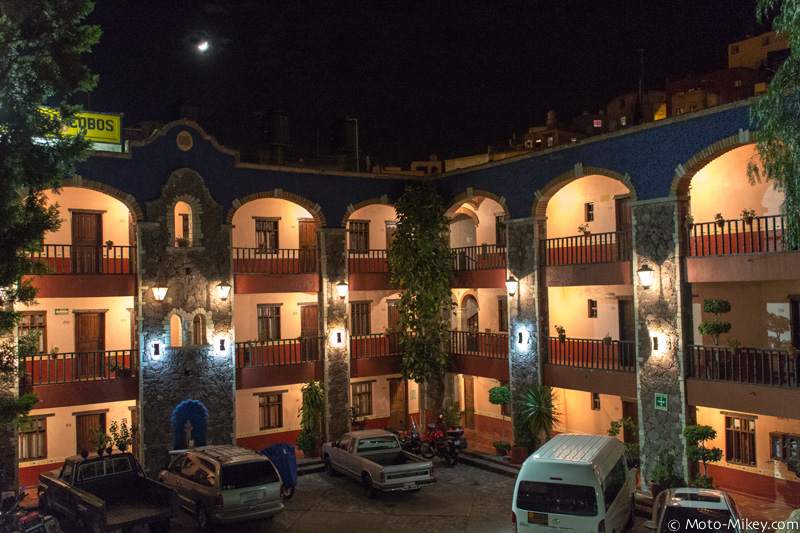