From Elkin, NC we rode back West along State Road 21. Today’s plan was to complete the BRP, ride through the Great Smoky Mountains National Park and stop for the night in Gatlinburg, TN.

It was another great day of scenic roads high along the ridges of the Blue Ridge Mountains. Like yesterday there was very little traffic and nice cool temps to be found up at altitude. 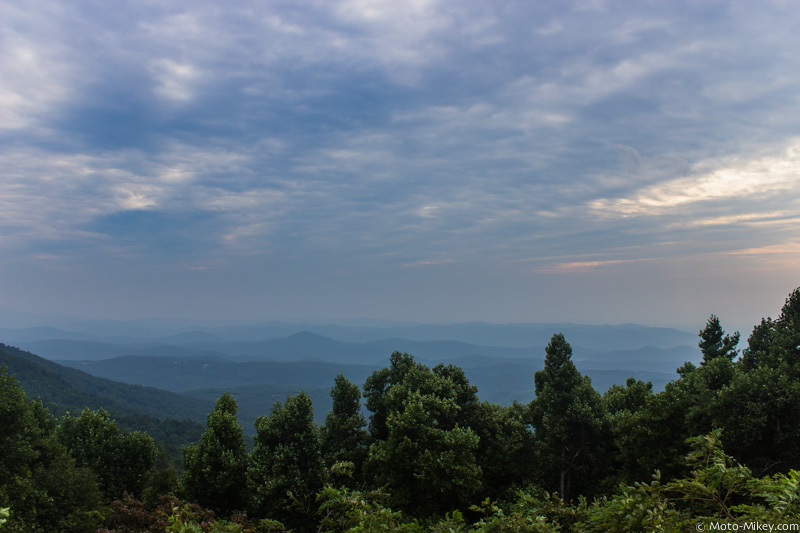 I really want to live up here one day. There’s a few farm houses located along the parkway. It seems like the perfect place to live: peace/quiet, a nice climate with 4 full seasons, scenic, only a few distant neighbors, and a good road to ride. Humm.. I’m going to have to look into a job in this area when I get back from South America.. maybe as a National Park Ranger? 😀 I really do like it up here.. This will be the 3rd time I’ve ridden the parkway. 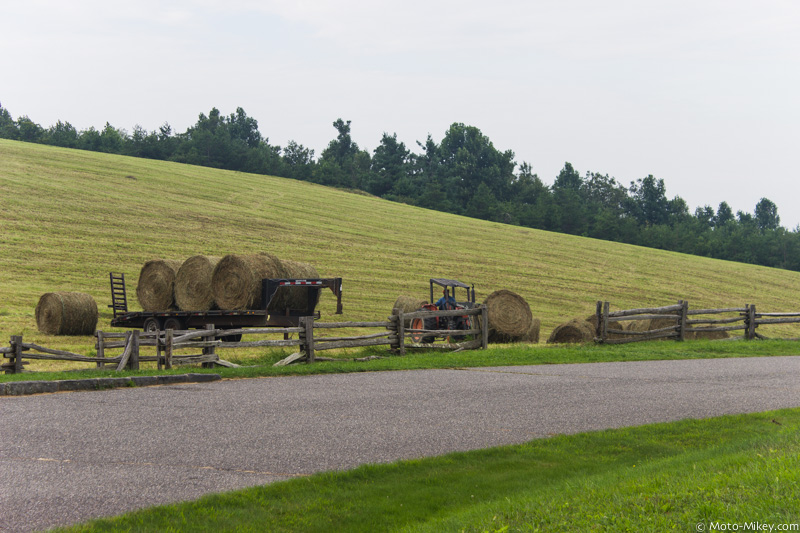 Lots of cool tunnels and brides along this section of the parkway: 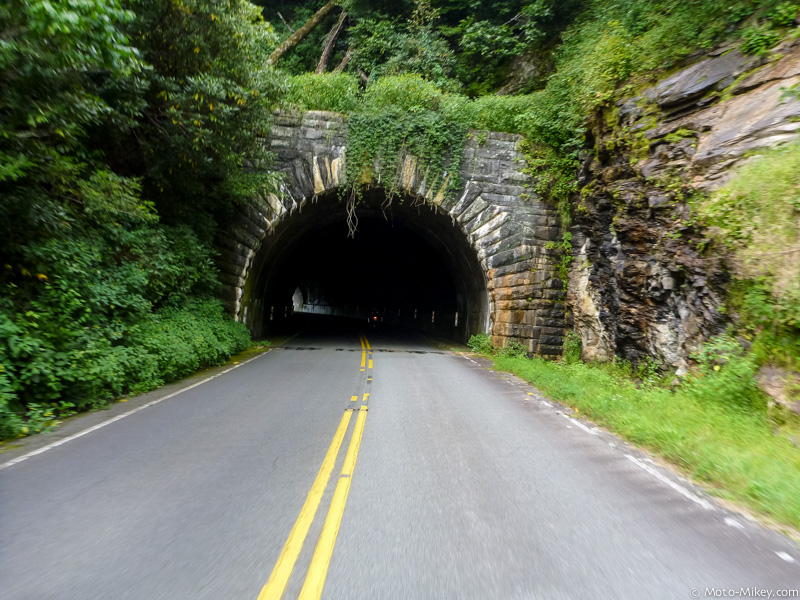 Along the way, my father had a bit of motorbike issue. He had mounted a small tool case along the inside of his pannier (similar to how I have a Pelican case mounted on inside right pannier). The only issue was he didn’t have nearly the amount of clearance I had with my pannier. His rear tire ended up hitting the tool box and damn near tore the thing off! 😆 He ended up losing some tools which wasn’t really that big of a deal. The real concern was that his rear tire had some deep cut marks in it. We decided to play it safe and take it slow till we made it to Asheville, NC where we would get a new tire installed. I unfortunately didn’t take any pictures of this. In hindsight, it was kinda funny.

MR Cycles in Asheville hooked us up. They had a Metzler Tourance Tire on sale for $160 and were able to get the bike in right away to have the new tire mounted. If you’re in the area and need moto parts/repairs, I highly recommend them.

Before leaving town we grabbed some pizza and petrol before getting back on the BRP. 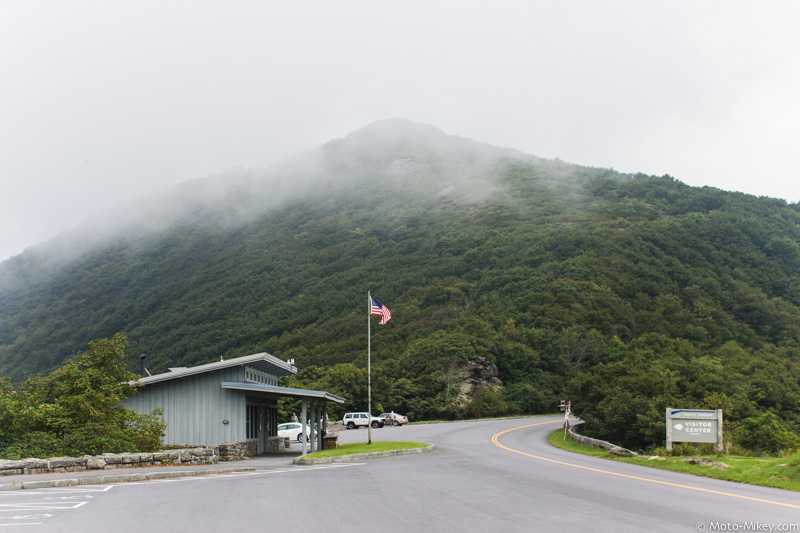 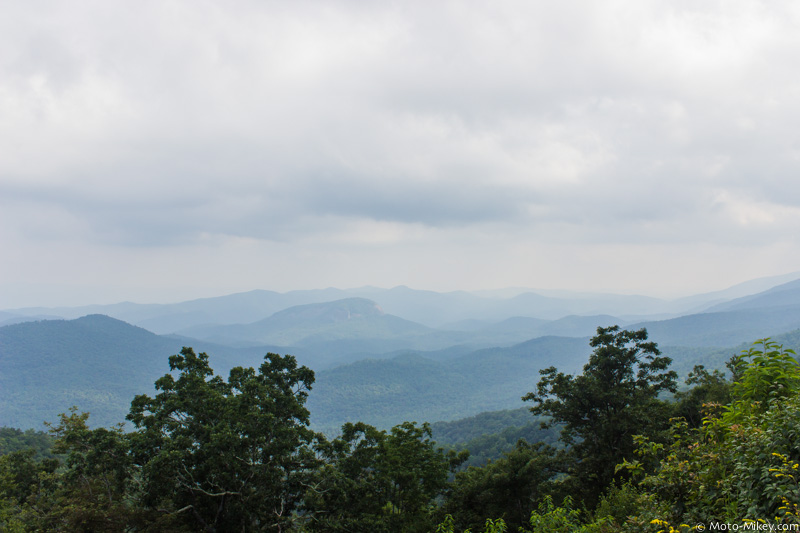 We got lucky with our timing on this section of the BRP. For the past few 2-3 months, a 20 mile section of the parkway has been closed due to a land slide. It had just opened the day before and all the signs were still up indicating that the road was closed. Real lucky with the timing..

We stopped at the highest point of the BRP to get a photo. I had taken my picture here back in 2008 when I rode the BRP on my Kawasaki ZX-6R 636.

Once at the end of the BRP, we rode West into the Smoky Mountains NP. This is a really cool (and free) park. The road winds through the mountains with a river along side it the entire time. The forest is so dense that little light penetrates the canopy. It makes for an interesting ride. 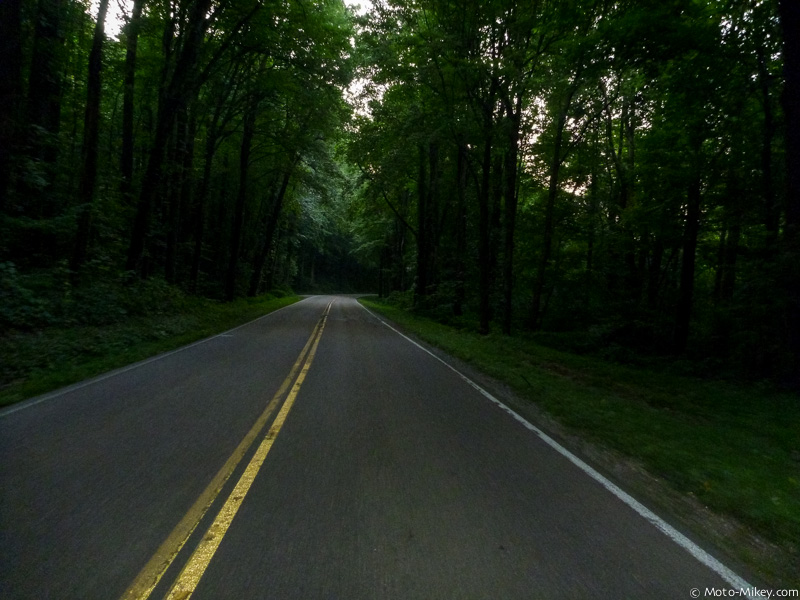 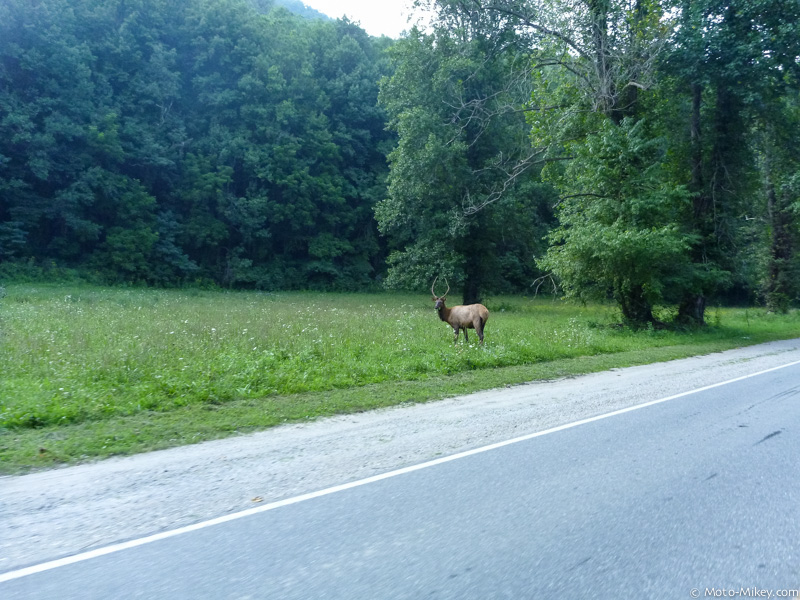 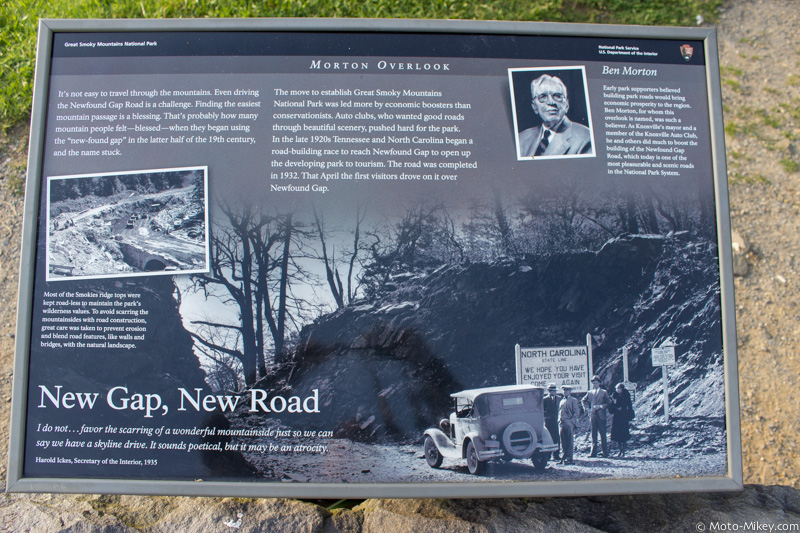 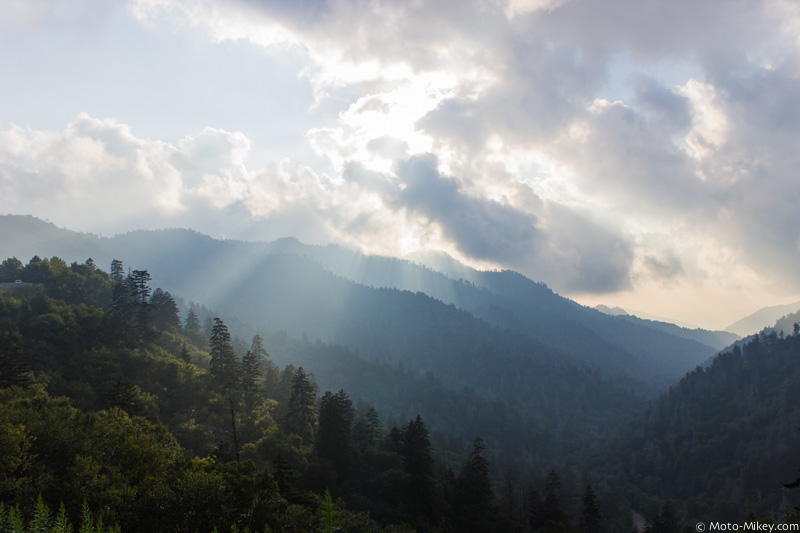 We made it to Gatlinburg and stopped at a motel for the night before going out in search of dinner chow. Another great day of riding. Up for tomorrow is the Tail of the Dragon and Cherohala Skyway!