From Gatlingburg, we rode back into the Smoky Mountains and rode through Cades Cove. It’s an old historic section of the park which features “well preserved homesteads, scenic mountain views, and abundant display of wildlife”. 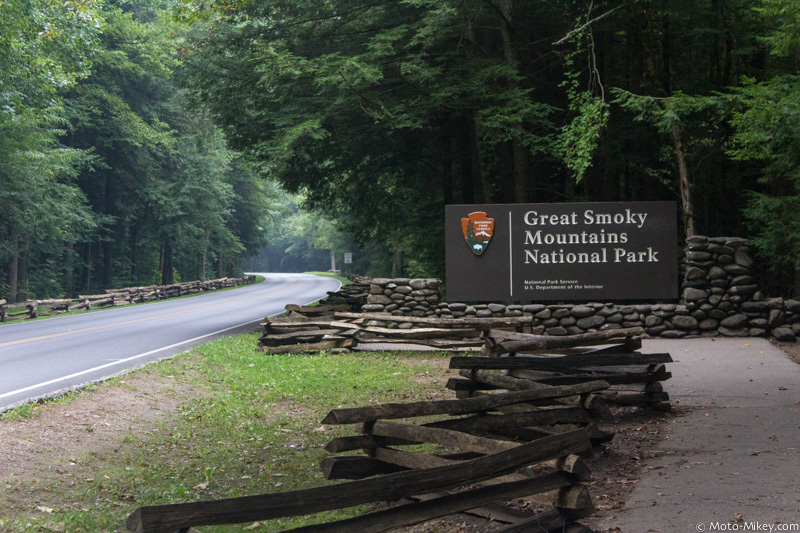 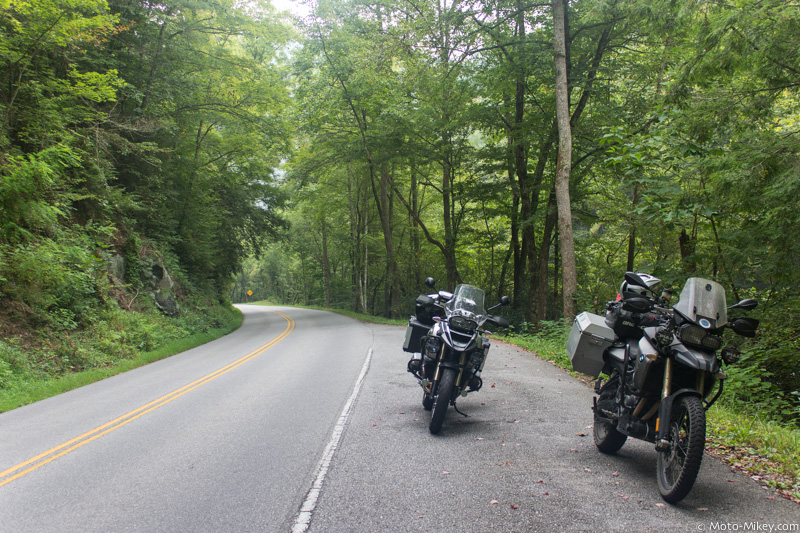 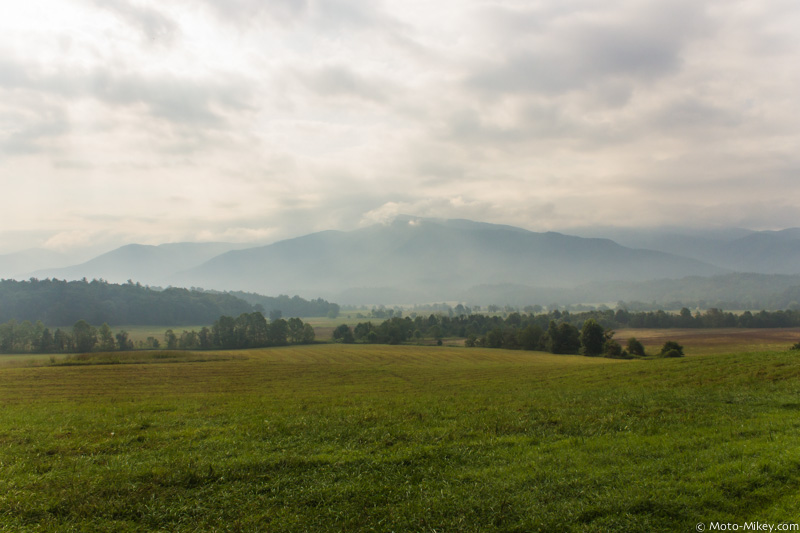 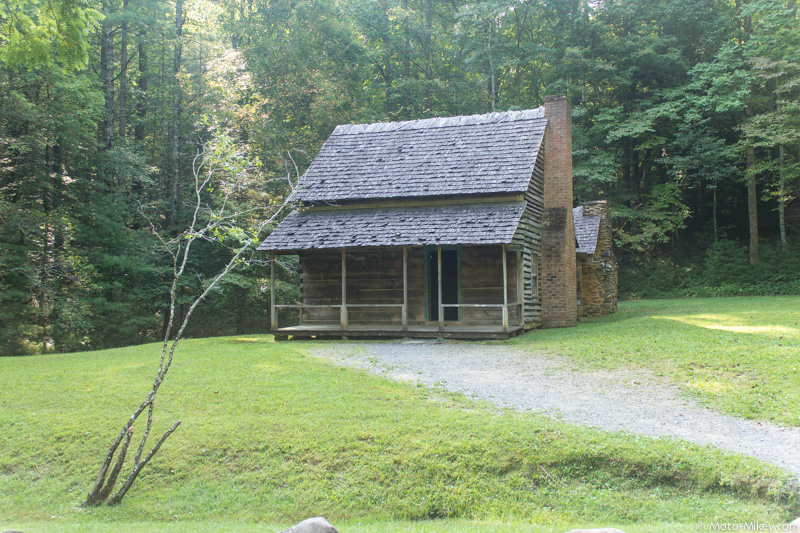 From Cades Cove, we took Parsons Branch Road. This is 8 miles of primitive road that is a must for dual sport riders. Even on a loaded F800GS and R1200GS we still made it through without any issues. There were a few muddy hill climbs where I was a bit white-knuckled, but overall not too bad. With that said, if it has rained recently or you’re a dual-sport noob, you might want to skip this trail. My father did great considering this was his first time off road with his R1200GS and on street tires. We were both enjoying the trail a bit too much and didn’t stop to take many photos.. 😐 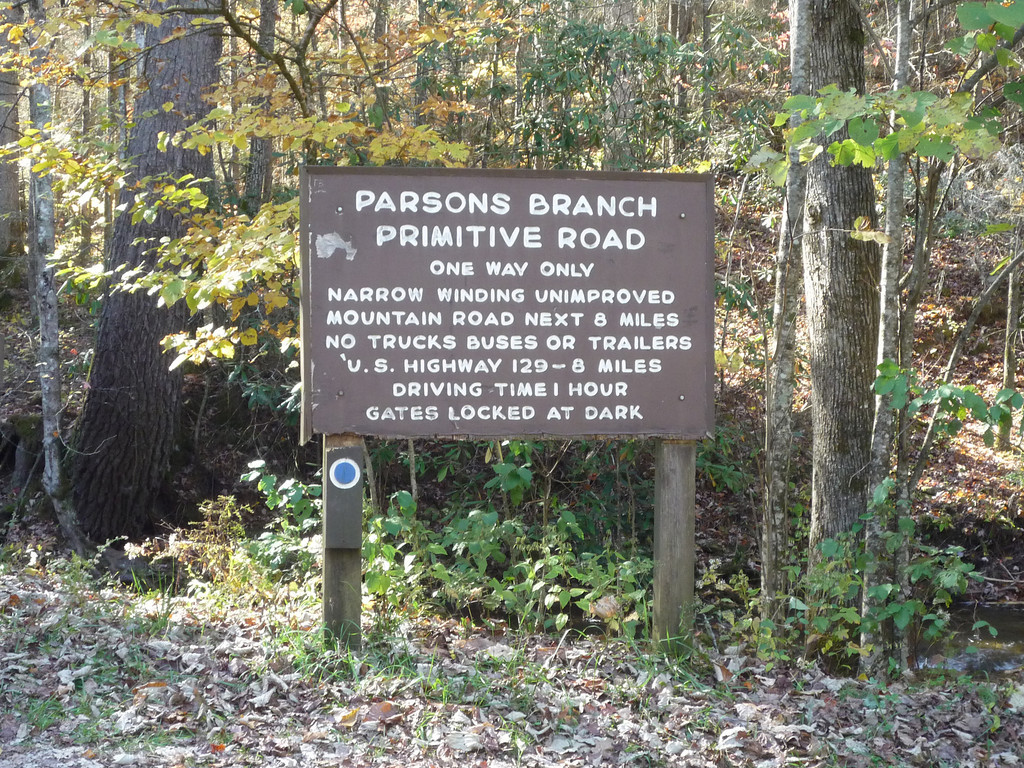 More info and photos (not mine) on Cades Cove and Parson Branch Road:

Since we were in the middle of the Tail of the Dragon and wanted to ride the entire thing, we rode towards the West end and then turned around and road back towards Deals Gap.

I of course added a Moto-Mikey decal at the West end of the Dragon: 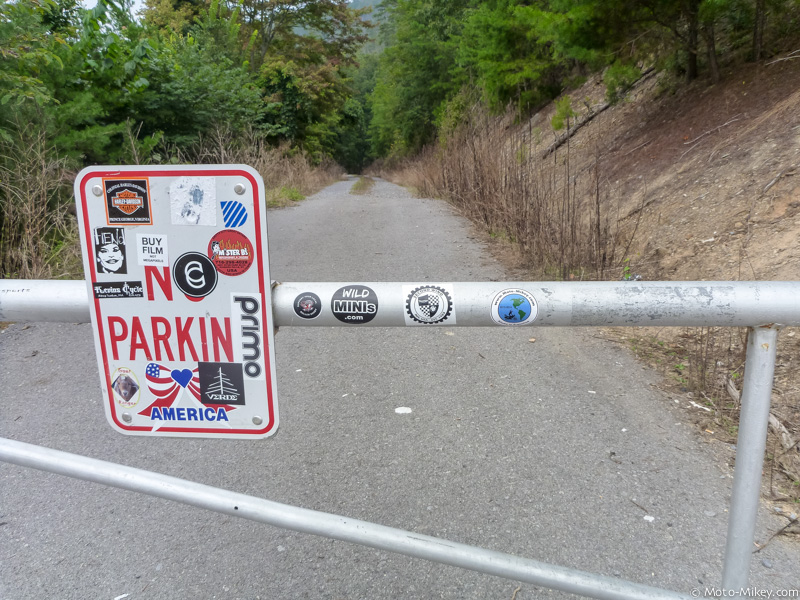 Some GoPro pictures from along the Dragon:

And some awesome action shots taken by the dudes along side the road who take your picture and then sell them to you online. Lots of photos: 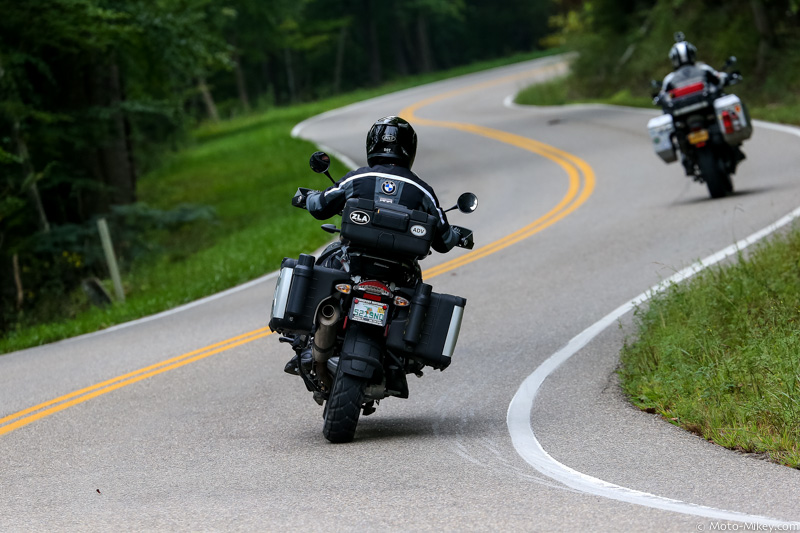 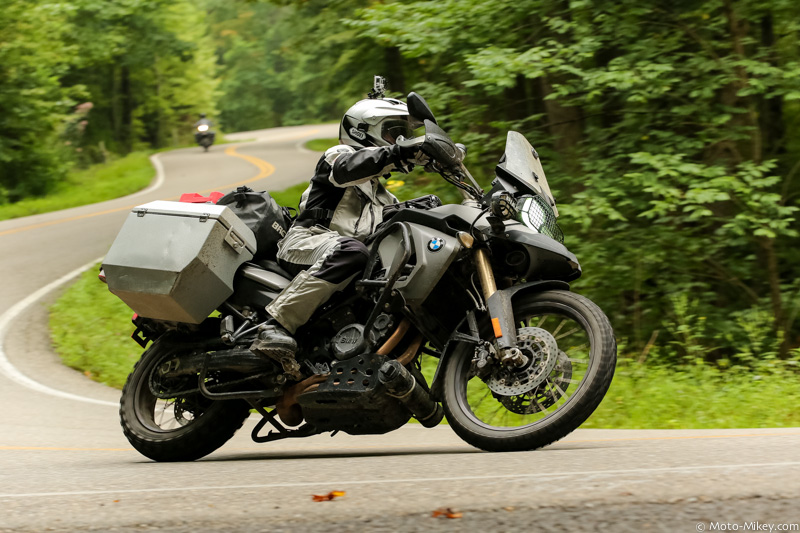 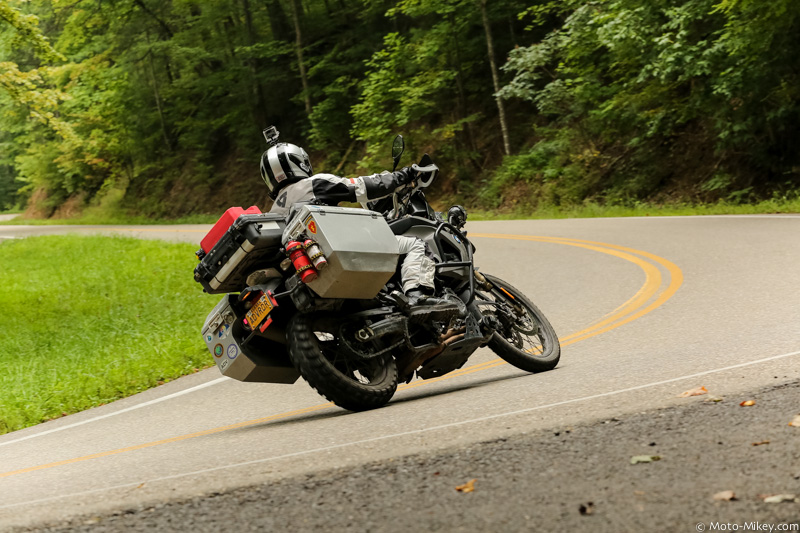 The Heidenau K60 tires have been great so far. They get enough traction off-road and have excellent grip on pavement. If I had the bike leaned over any further I would have been dragging my center stand! They are also wearing really well too. From Calgary to Florida (6,000 miles), I think the rear tire has only worn about 30-40%. The front tire has even less wear.

At Deals Gap, we walked around for a bit and grabbed lunch chow. As usual, there were a lot of bikes here and people to talk to about the trip. 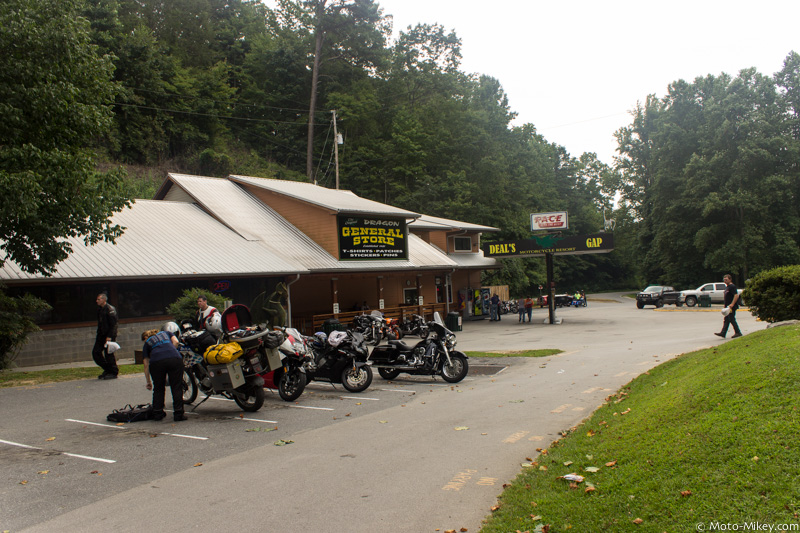 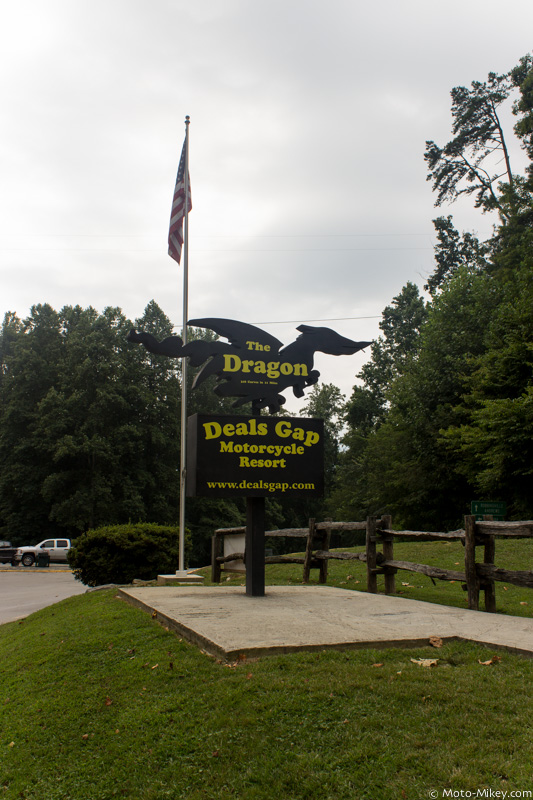 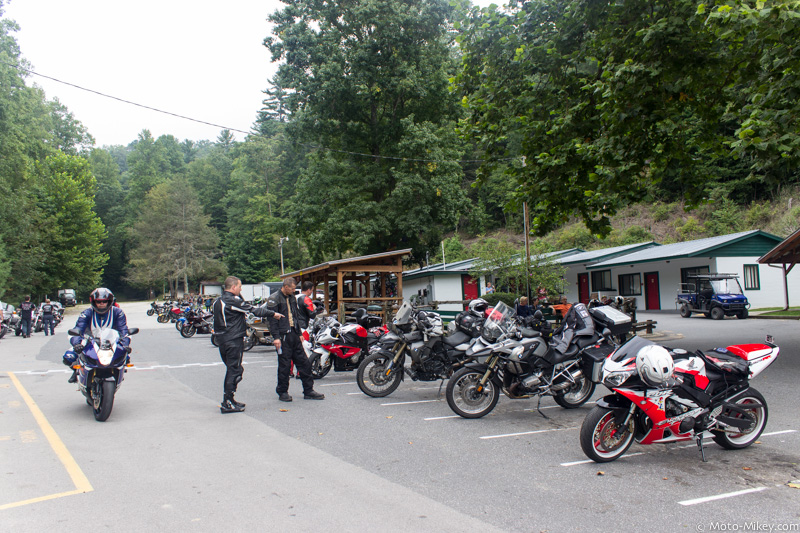 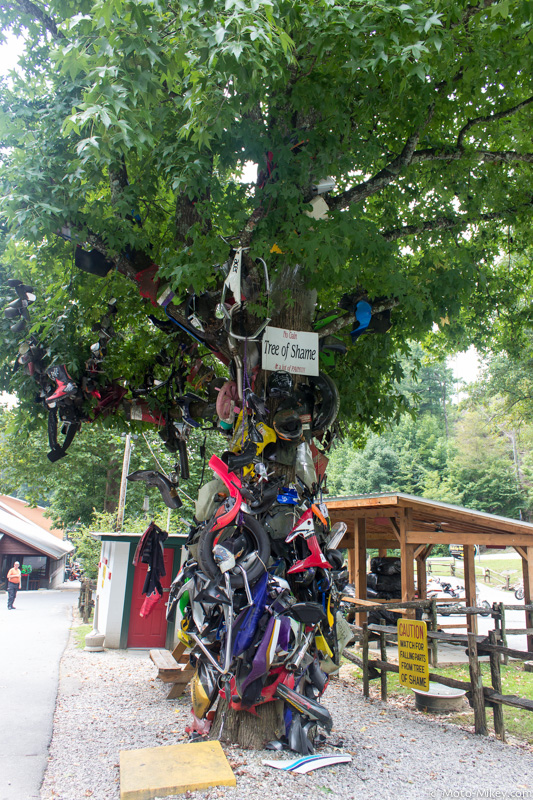 After Deals Gap and riding the Dragon, we headed towards the Cherohala Skyway. 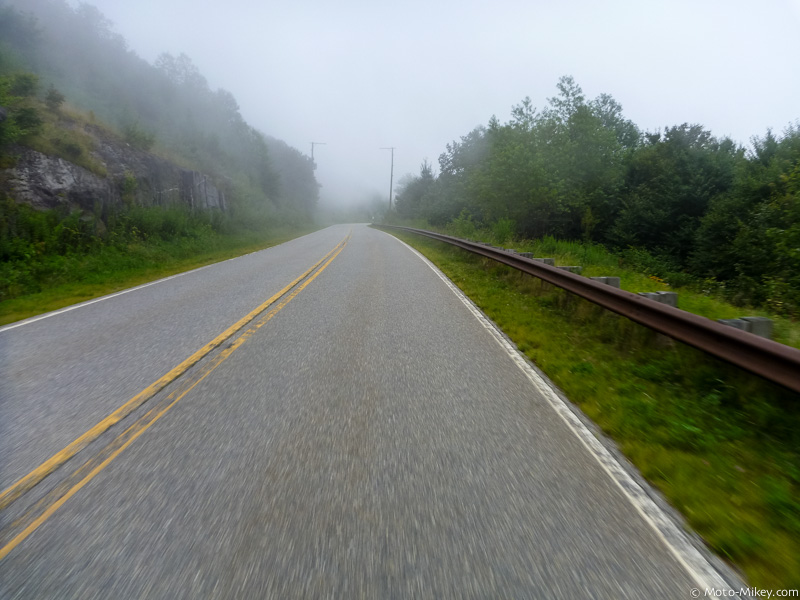 The Cherohala Skyway is very similar to the BRP but with a higher speed limit and a little less traffic. It was really foggy in some sections today. After riding the Skyway, we rode South along some State Roads before stopping for the night in Kennesaw, GA. This leg of the Americas Trip is nearly complete.. in a few weeks it’s off to Mexico and Central America!