Onto the mighty Amazon River for a few days of watching the world go by. The route from Belem to Manaus is mostly remote with only a few small villages and 1 actual town along the 1000+ mile voyage.

On the day of departure, I had to be down at the dock at 0830 in order to load the moto on the ferry since that was when the tide would be just the right height. Any earlier or later and loading the moto would be very difficult. So after handing over the keys to the moto and storing all my luggage, I headed back to my hotel since boarding for the ferry wasn’t for another 8 hours.. better than waiting around at the port.

When I came back later in the afternoon, everyone was already there and in line. The vast majority of the passengers didn’t have a cabin and instead opted for the cheaper hammock option. This is a first come-first serve basis, so you want to be at the front of the line to get the best hammock spot. For me, it didn’t matter since I already had an assigned cabin. Less adventurous but certainly more comfortable and quite. I also wouldn’t have to worry about any of my belongings getting stolen since they would be locked in the room. I’ve heard of a few stories about things getting stolen when the ferry makes cargo stops in the small towns. Apparently locals come on board to sell things and have been known to walk of with your things..

Shortly after getting settled in my cabin, the ferry blasted it’s horn and set off down the mighty Amazon river. It was dark out as I watched the city of Belem fade out into the darkness. On the top deck was a small bar and snack area with a dozen or so plastic chairs and tables. Tonight Brazil was playing their final World Cup game and surprisingly the ferry had a satellite dish and everyone one board was able to watch the game. Kinda cool to be out on the amazon river and watching a live futbol game.

The next morning I was up early, so I went up to the top deck to capture some photos of the Amazon as the sun came up. I would eventually learn that the amazon river varies greatly in it’s size. In some areas it was very wide.. I could hardly see the other side.. and in other spots it was just wide enough for 2-3 boats to comfortably pass. 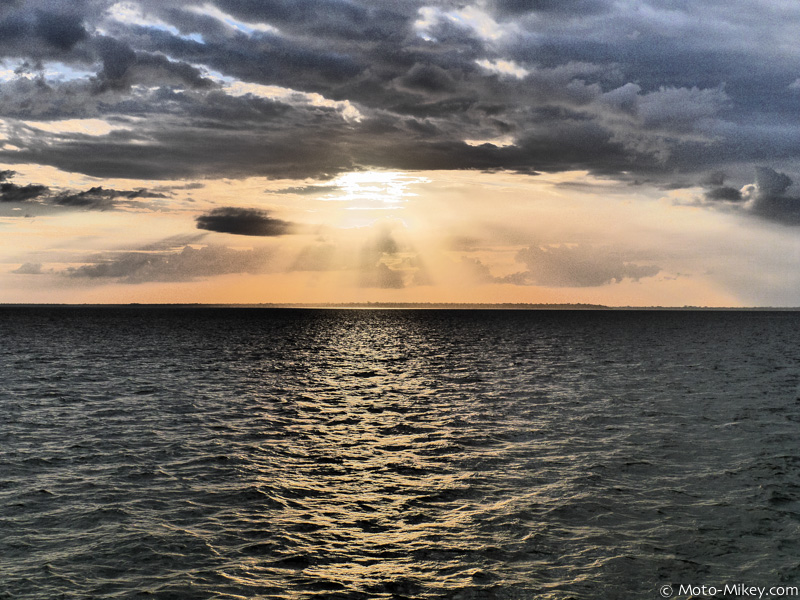 A few photos from along the river as the days passed by: 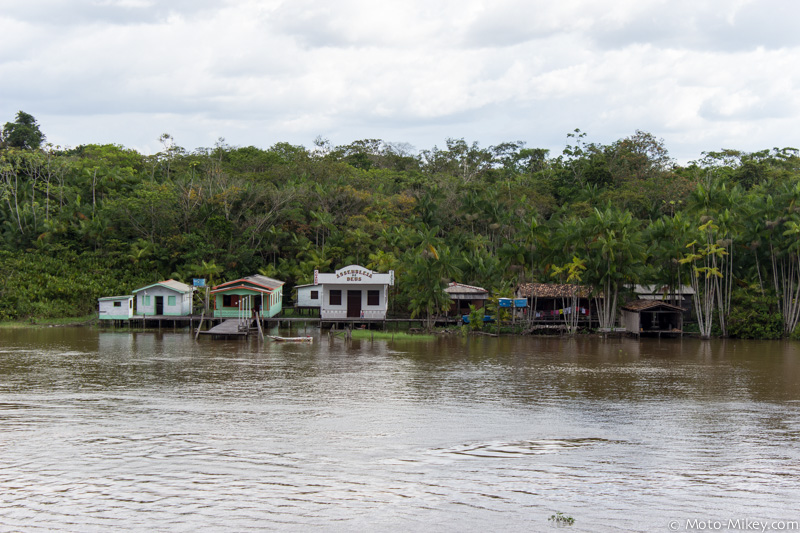 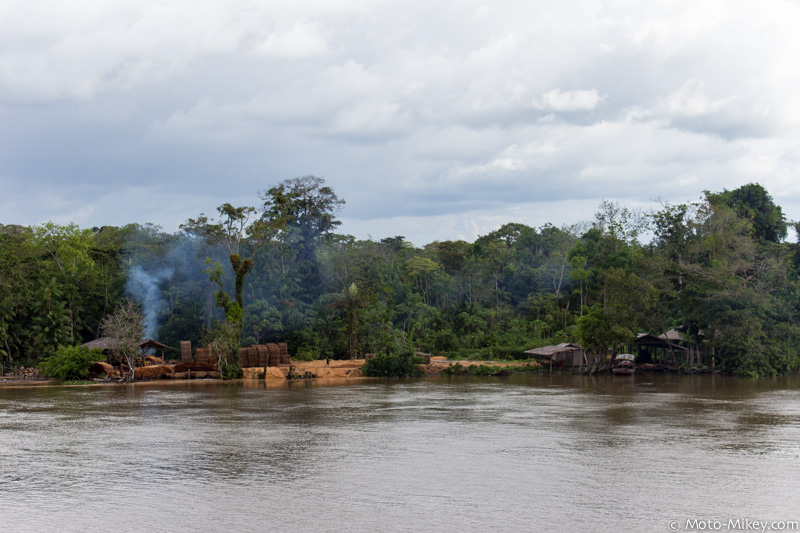 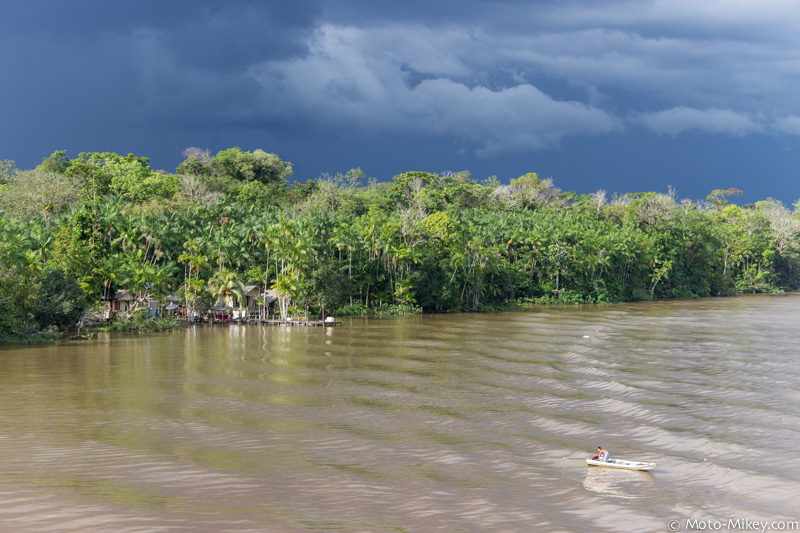 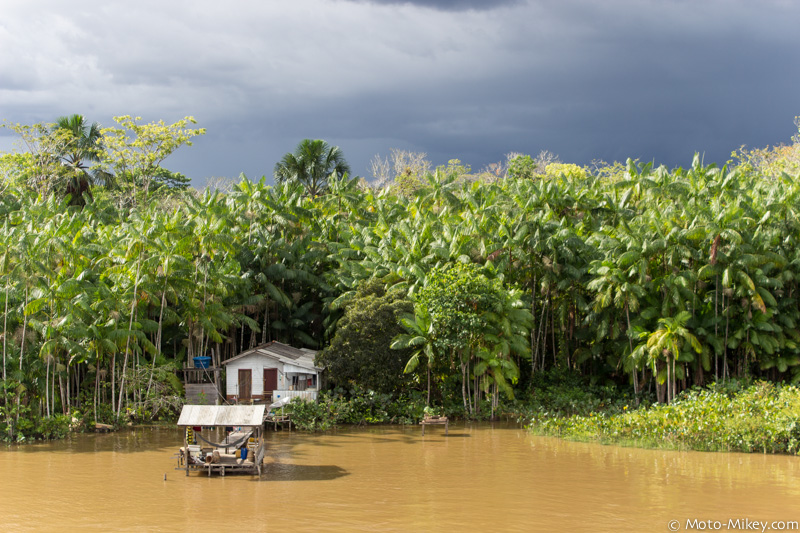 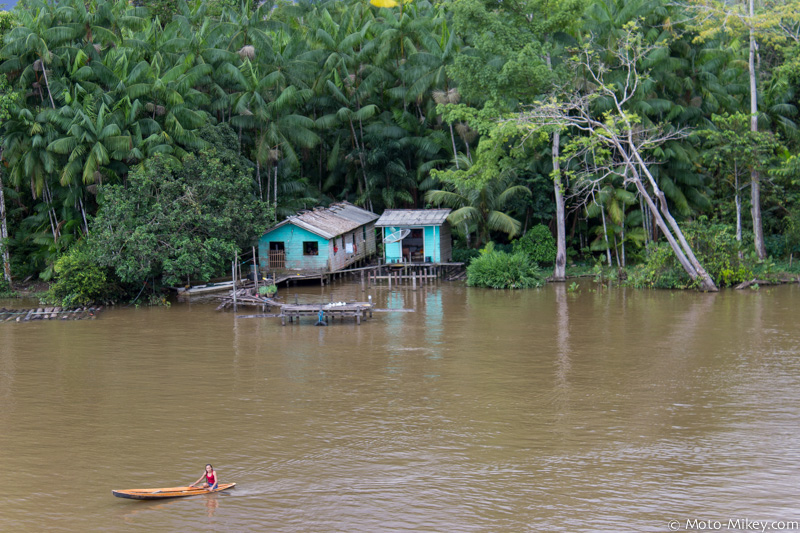 The open air hammock deck where everyone literally hangs out. Most people spend the 5 day voyage sleeping and/or reading in their hammock. Not much else to do.. 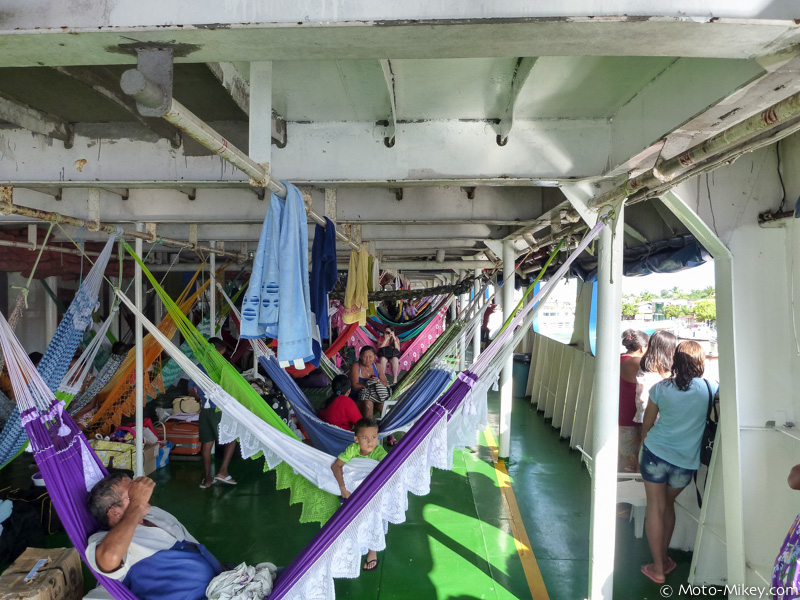 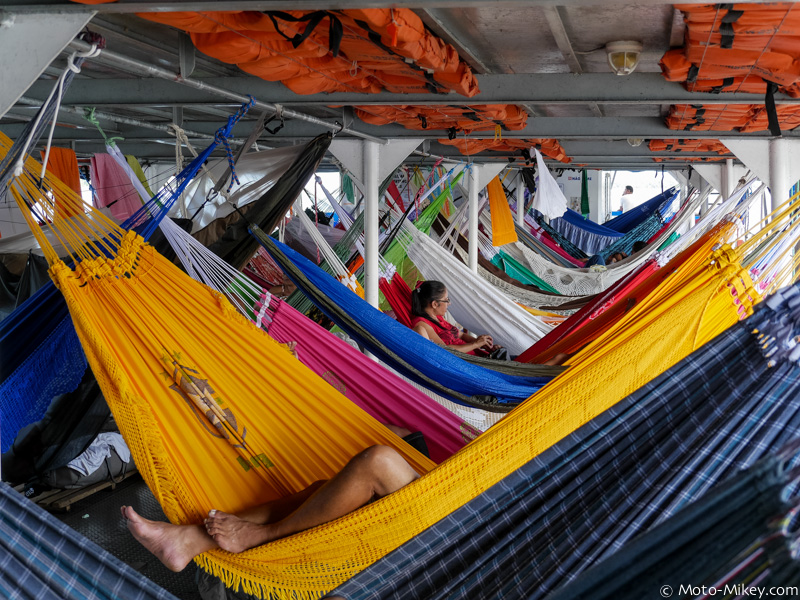 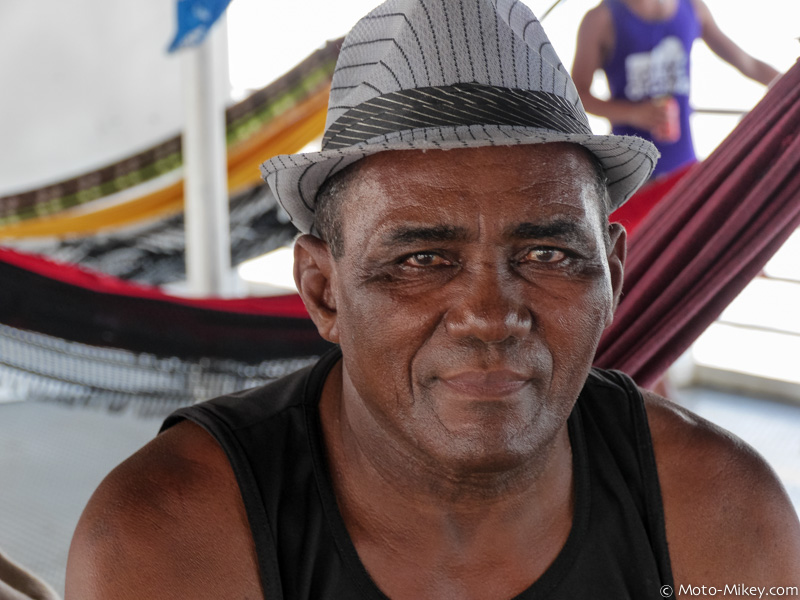 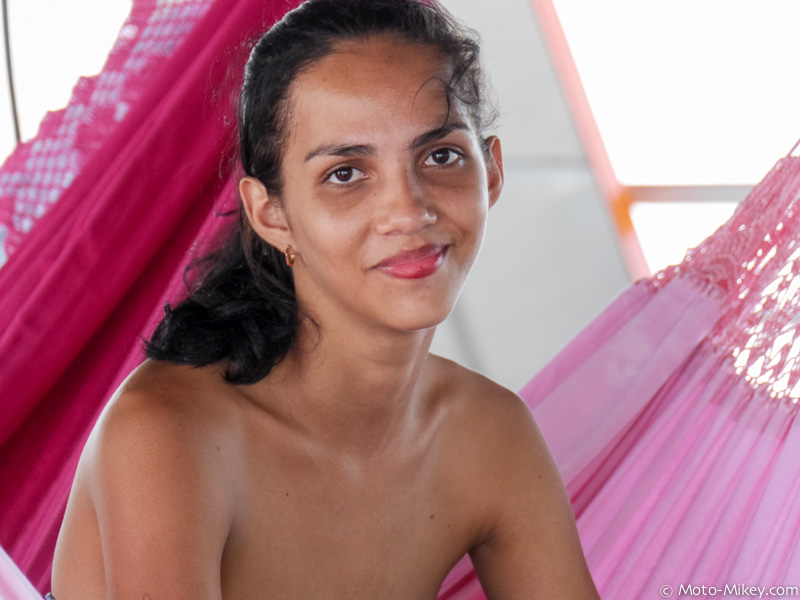 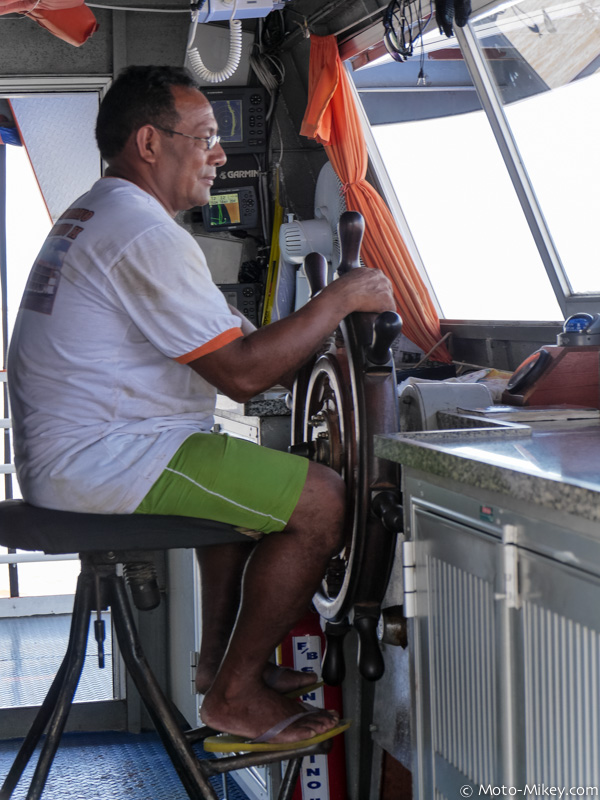 The next few days were spent mostly lazing around in my cabin or hanging out in the bar/snack area. Not much else to report, so I’ll let some of the photos do the talking 😉 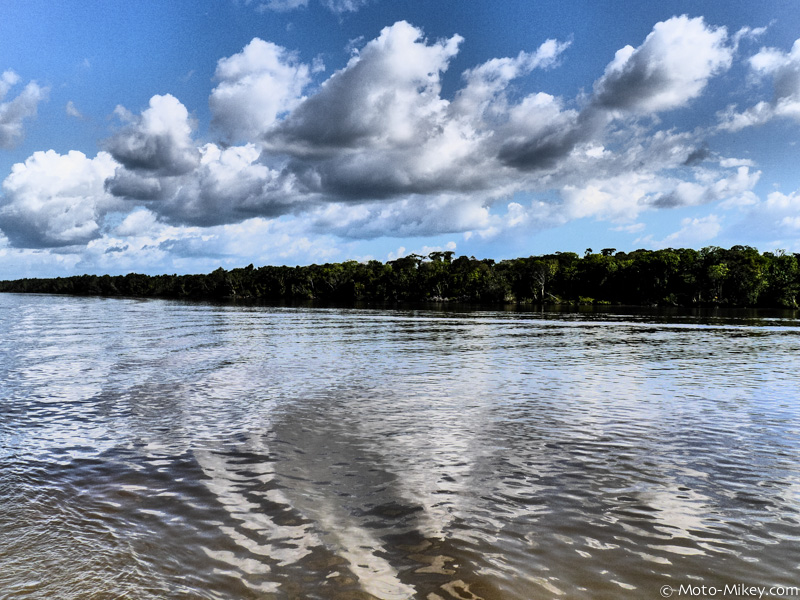 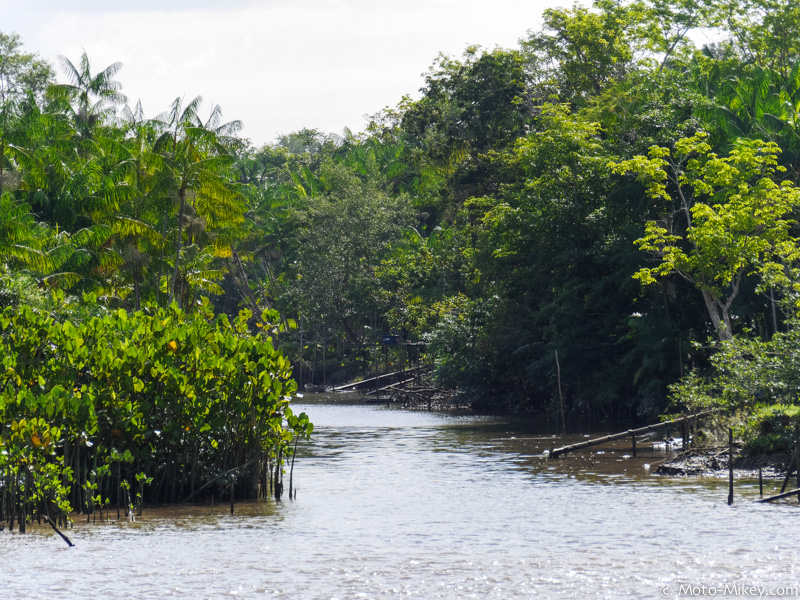 One of the small villages we briefly stopped at to unload goods. Lots of onions, tomatoes, and other veggies/fruits along with the Brazlian staple of Farofa. 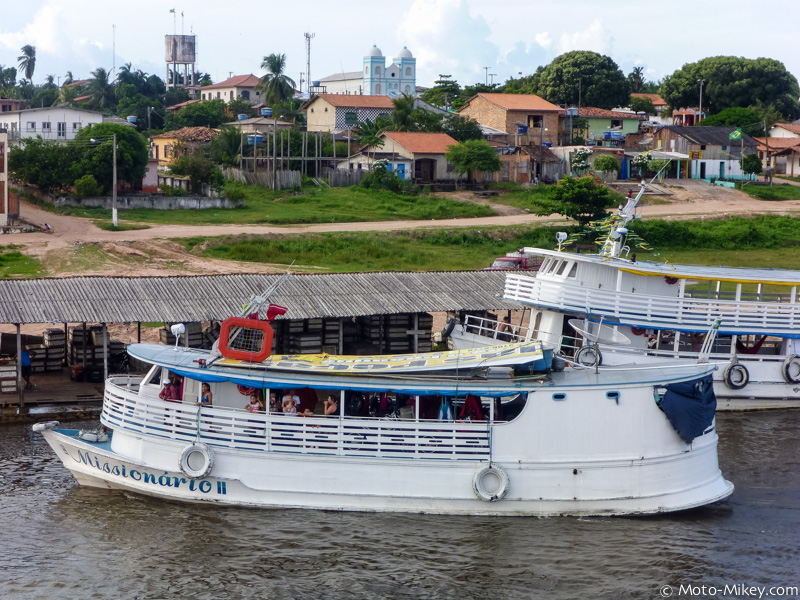 My moto was strapped down in the front of the boat along with a few other smaller motos. 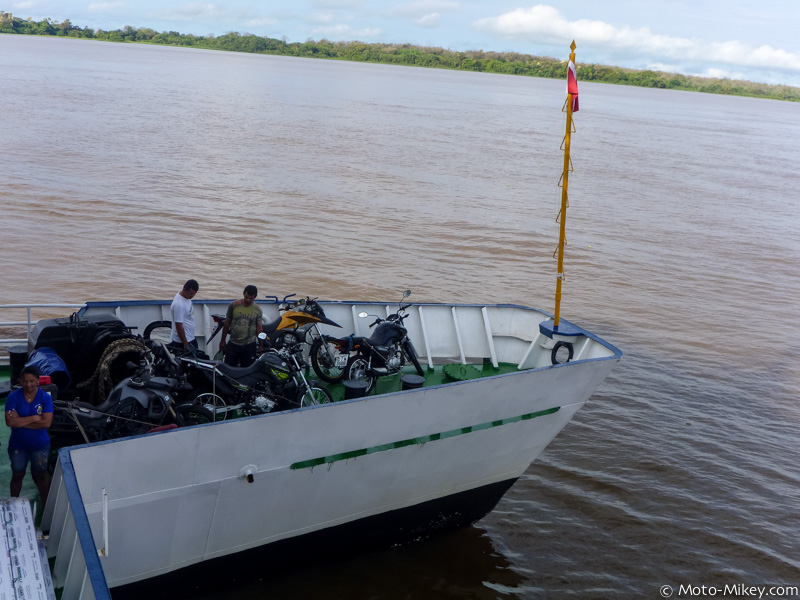 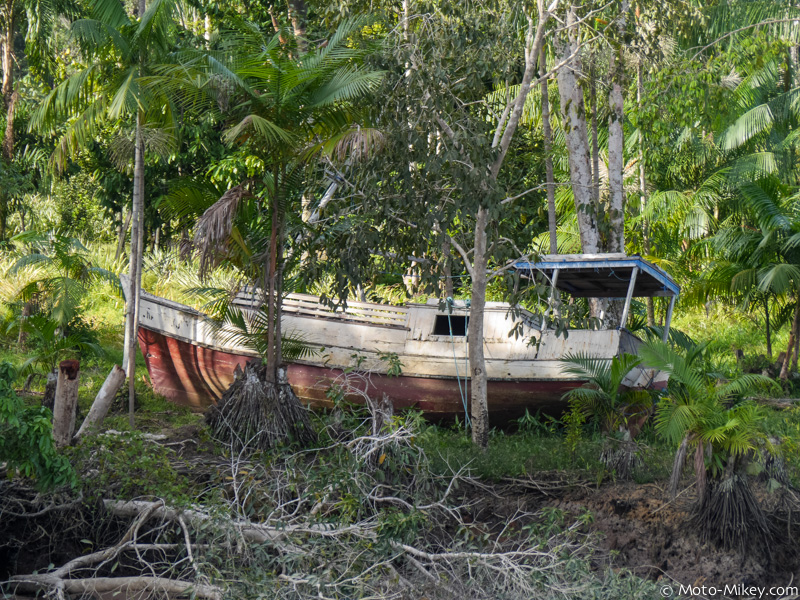 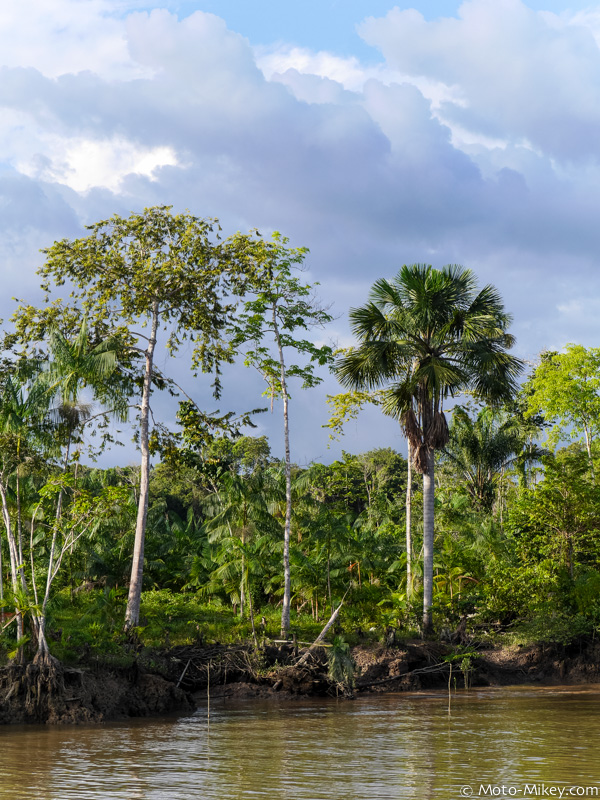 In this area of Amazonia, everyone lives and depends on the river for their livelihood. No cars, just canoes and small boats. Some of the fortunate houses even had electricity. 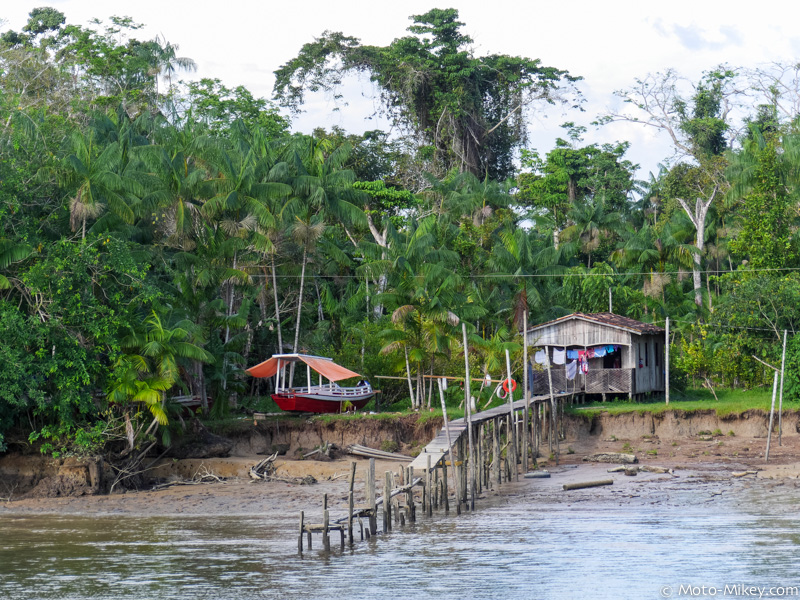 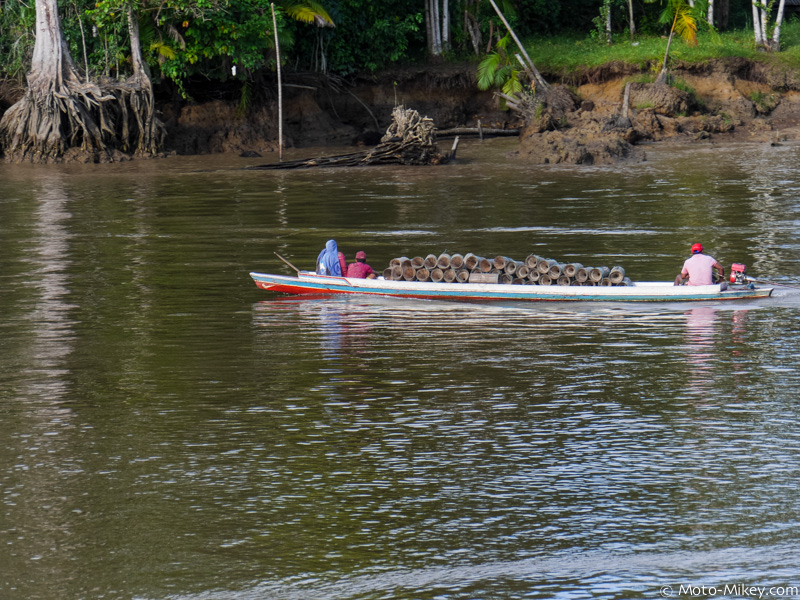 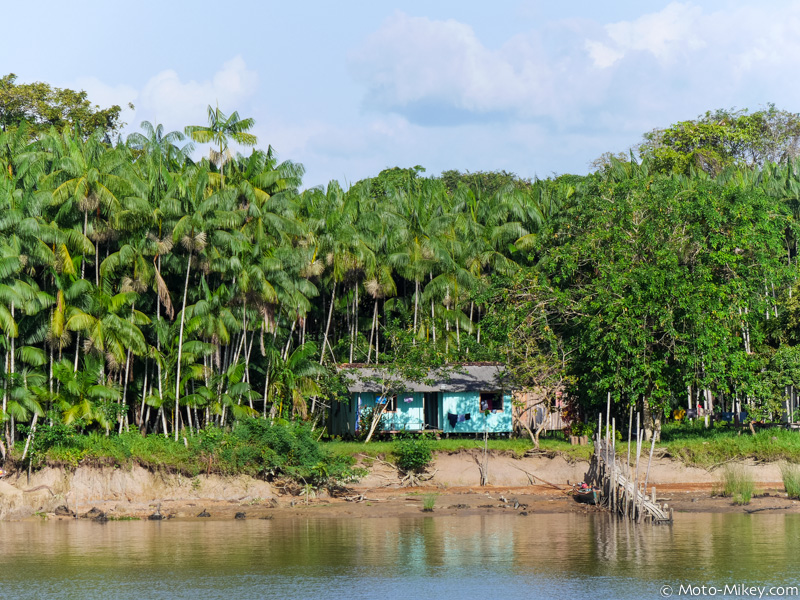 In Santarem, the only actual mid sized town along the river, we stopped for half a day to unload a bunch of cargo. About half of the people on board also got off here, so now there was even less people on board. The ferry was initially at 40-50% capacity with passengers, so now it was around 25%. 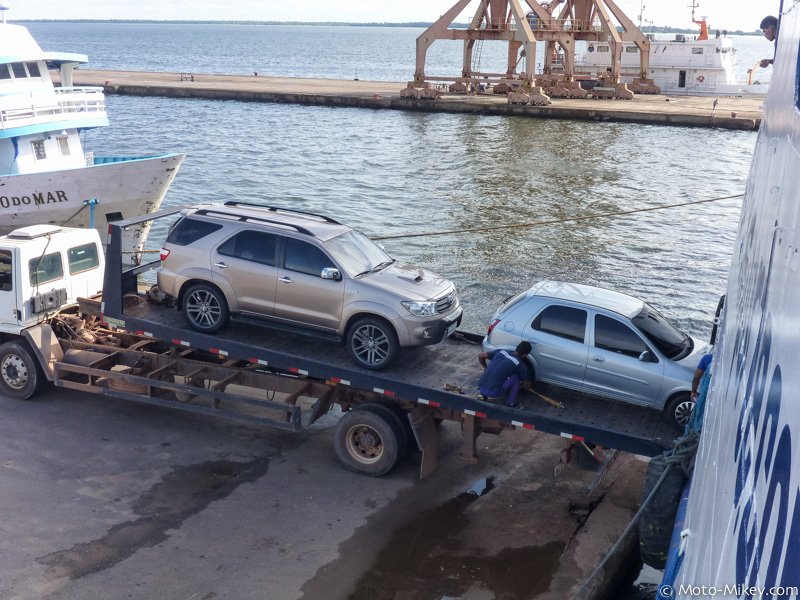