Riding North.. that’s certainly something new for me. The morning started out pretty nice. Mostly sunny and not too cold. We got a late start and didn’t end up leaving till around 1300. On the way out of town, we stopped at a small moto shop to pickup hand covers. These are just fabric covers that keep the wind and rain off your hands. As we were in the shop, the clouds very quickly moved in. Within minutes it went from sunny to snow storm! 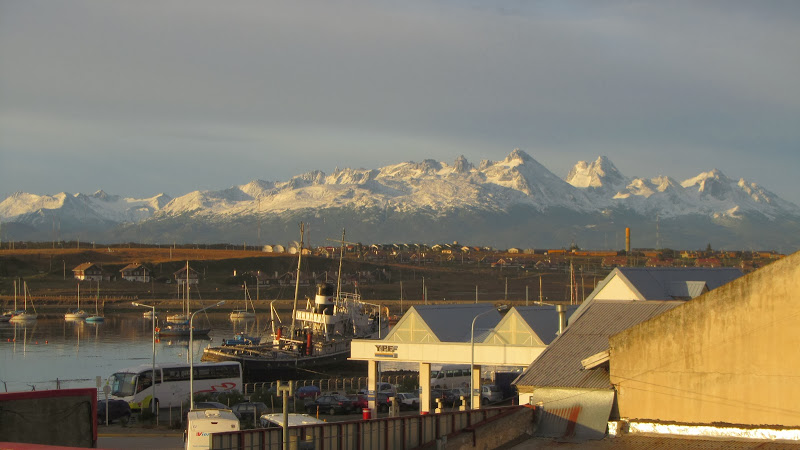 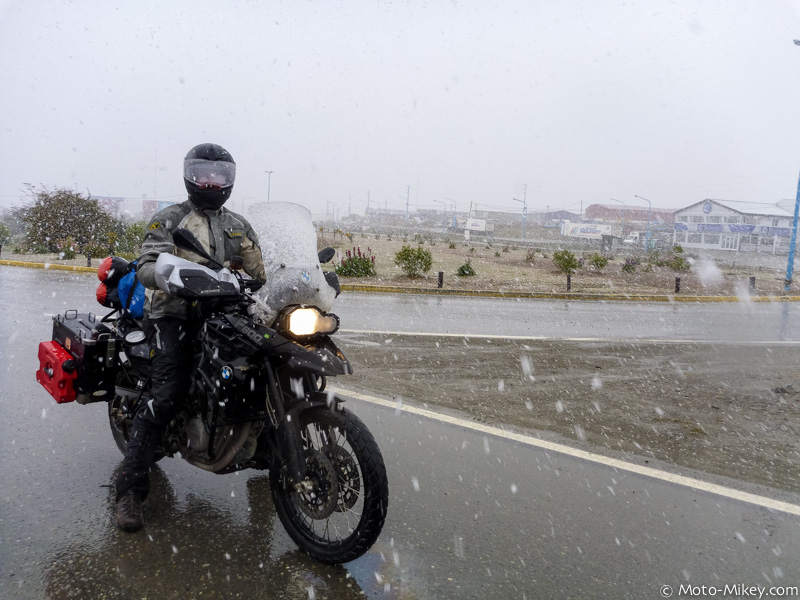 The temperatures stayed right around the freezing mark but the ground was too warm for any of the snow to stick. Back through the mountain pass we encountered even more snow and at some points it was actually snowing pretty hard. Once we got to the other side of the mountains, the weather completely cleared up and it was warmer. 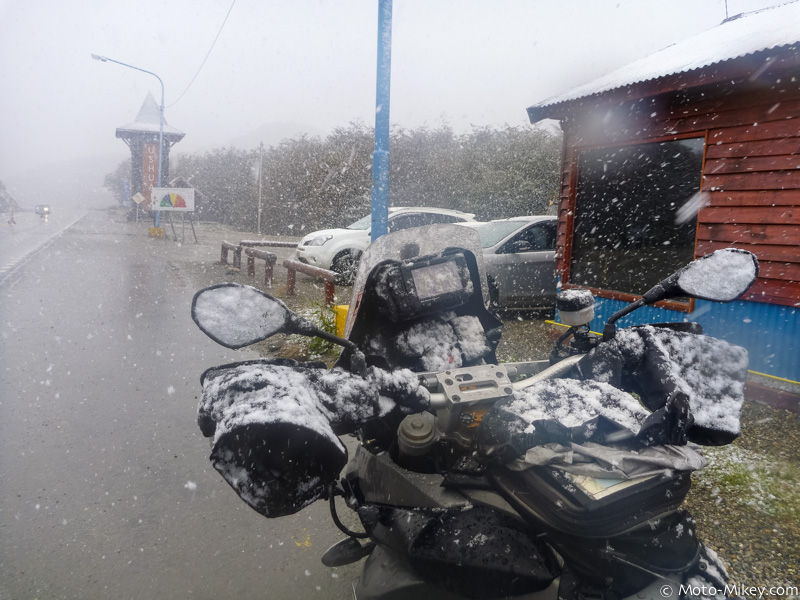 We rolled back into the town of Rio Grande around 1800 and should have stayed the night here. For some unknown reason we continued riding North towards the border hoping that we would be able to cross over into Chile and find a hostel in the small town nearby.

By the time we completed the border crossing it was already 2000 (8pm) and the only hostel in town was full. We were now in the middle of no where without a place to stay for the night 😐 After talking to the local police, they told us we could stay in an abandon house across the street. A little unplanned camping is normally fine by me.. so long as I have my camp gear.. which I don’t! The building was fine even though it was missing some windows and a door. I was a bit cold but at least it was out of the persistent 40+mph winds. I ended up sleeping in Keith’s 2-man tent in my full moto gear, so it could have been worse. Looking back on it now, it was actually pretty funny. Just another day with some unexpected adventure. 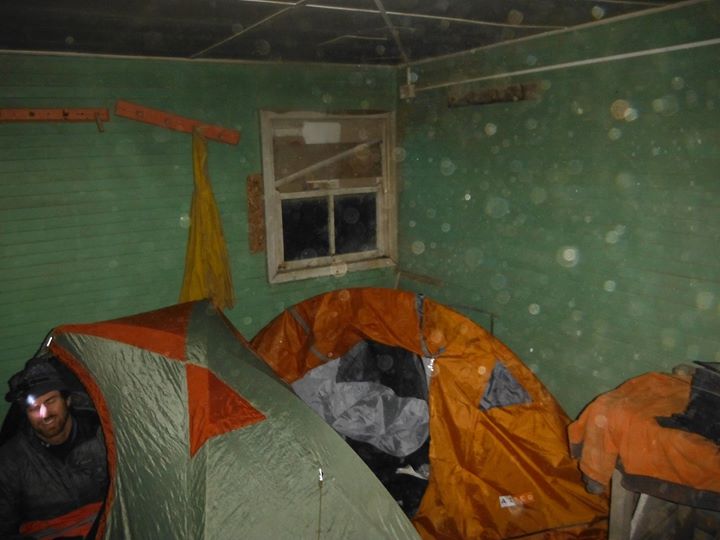