I debated staying another day at the beach and surfing but since I was still a bit sore and sunburned, I pointed the moto towards Monteverde. This area is home to the Monteverde Cloud Forest Reserve, a tropical rainforest with lots of unique wildlife.

The first half of the day was mostly uneventful but by afternoon the tarmac ran out and the remaining ~30km to Monteverde was a steady uphill climb on a rocky dirt road into the mountains.. just what the moto has been asking for! 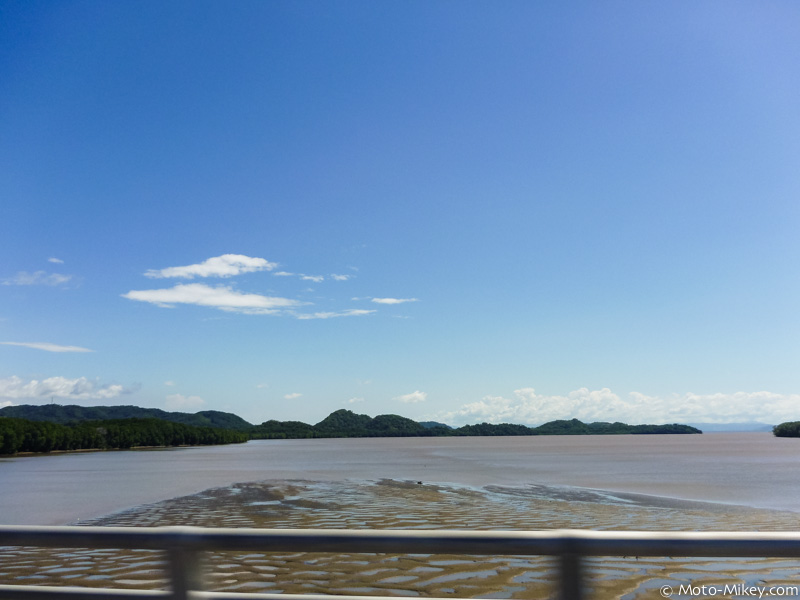 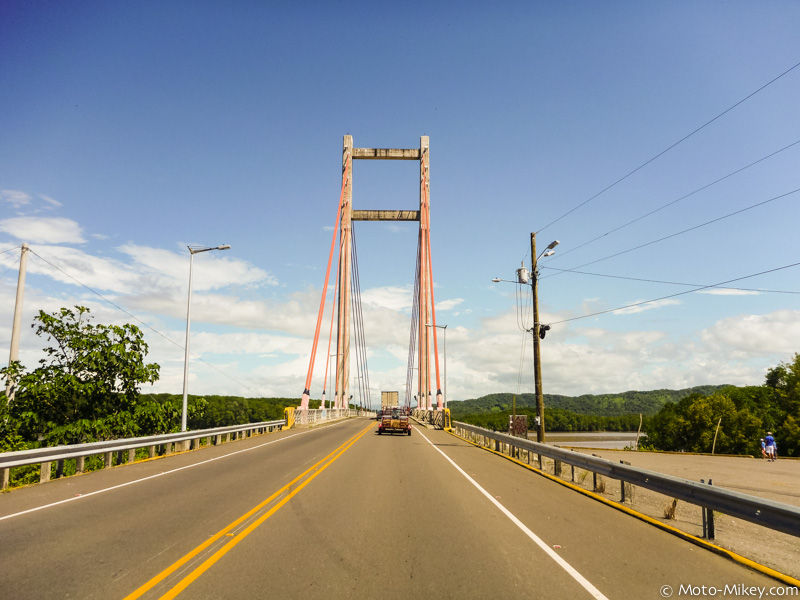 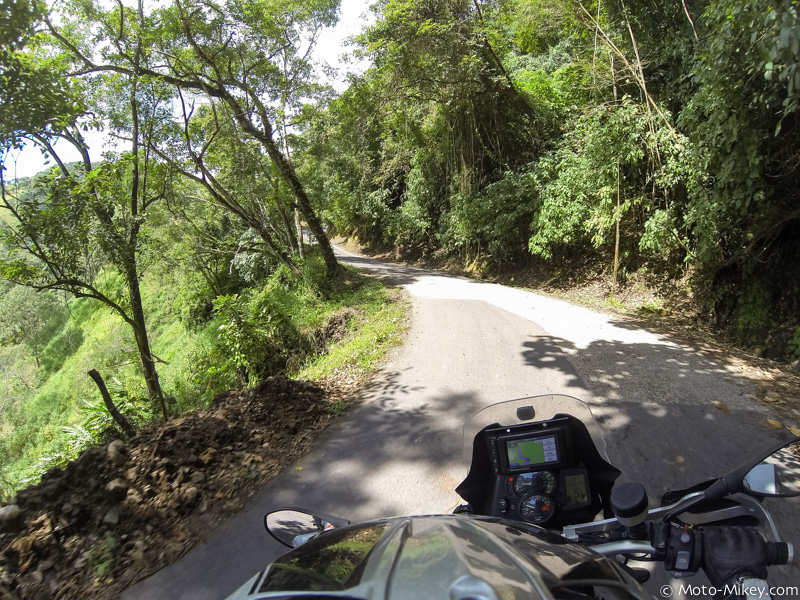 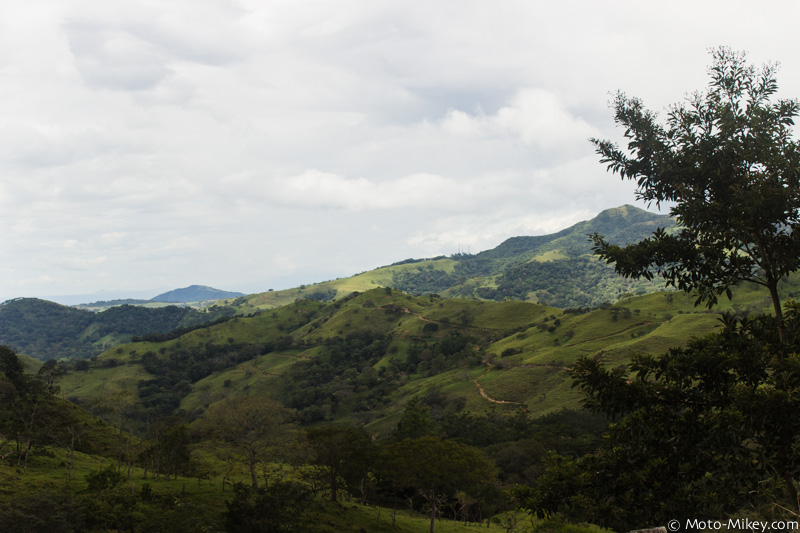 A few GoPro photos from the fun stuff. These photos look tame but there was a lot of bumpy rocky stuff which was mostly spent in 1st gear. 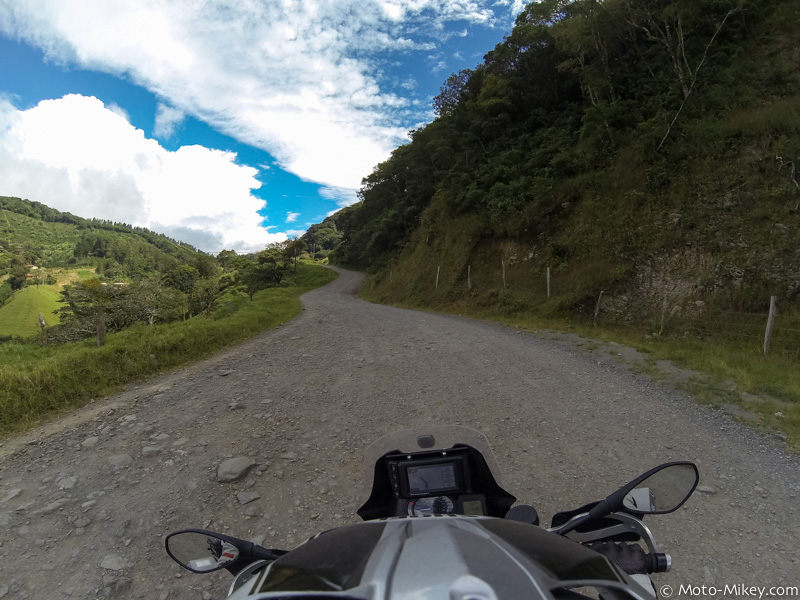 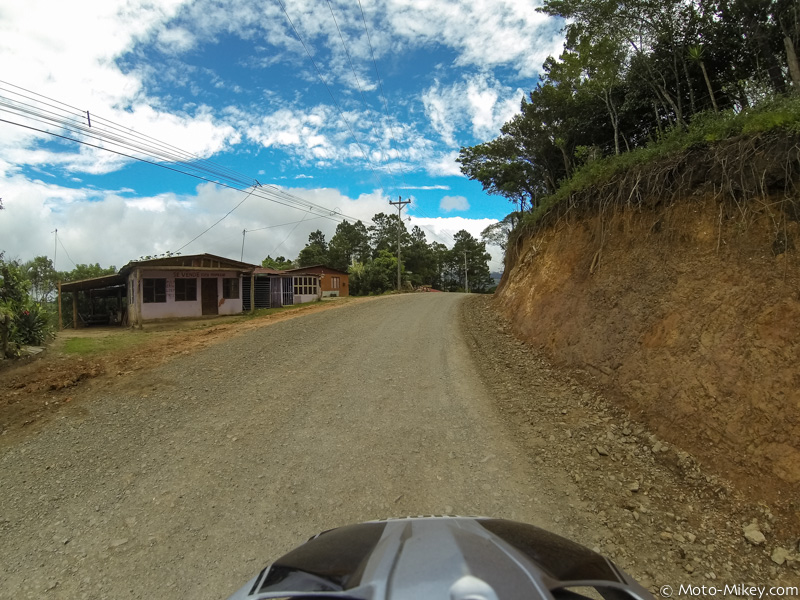 I got into town and found the Monteverde hostel lodge which I had read about from another blog (thanks dave for the tip). It’s a really nice place and even at $40/night was a pretty good deal considering it’s a very touristy area. 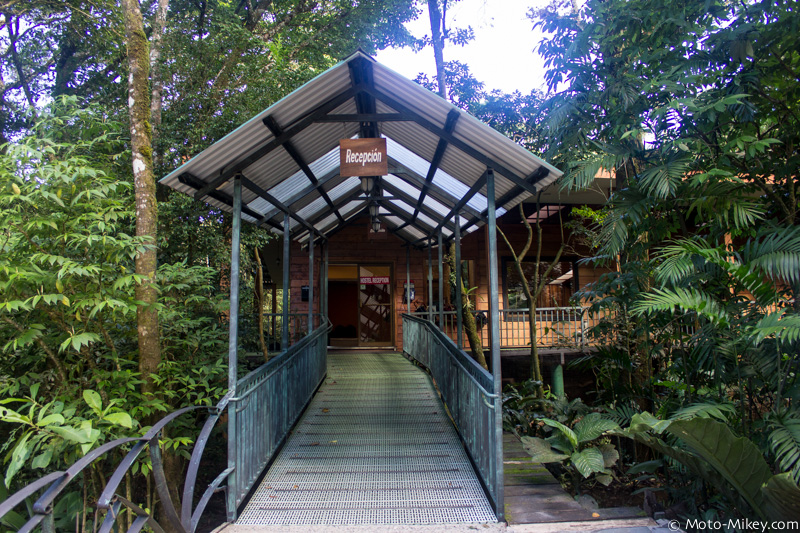 I booked 2 nights here at the hostel and signed up for 2 tours tomorrow: a guided tour of the Cloud Forest park in the morning and a coffee/chocolate/sugar finca (farm) tour in the afternoon.