It got cold last night! Colder than I was expecting at least. I checked the temp on my bike and it said 44F. 😯 I wasn’t the only one who thought it was cold. After I had packed up camp and was trying to sneak out of the campground without waking anyone, I couldn’t keep the bike running.   It kept stalling as if the idle was too low, so I had to hold the throttle open a bit (which was of course louder) as I made my way out. Once I got onto a main road, I pulled over and let her idle for a bit longer to fully warmup. Now no more more issues. I made a pass through town, grabbed gas and chow at a diner and made my way down the famous Icefields Parkway.

It would prove to be 230km of super scenic highway through the middle of the Canadian Rockies. To drive the Parkway, you ride through Jasper and Banff National Parks, which cost $10 to get in. In my opinion, a small price to pay to ride this amazing road. 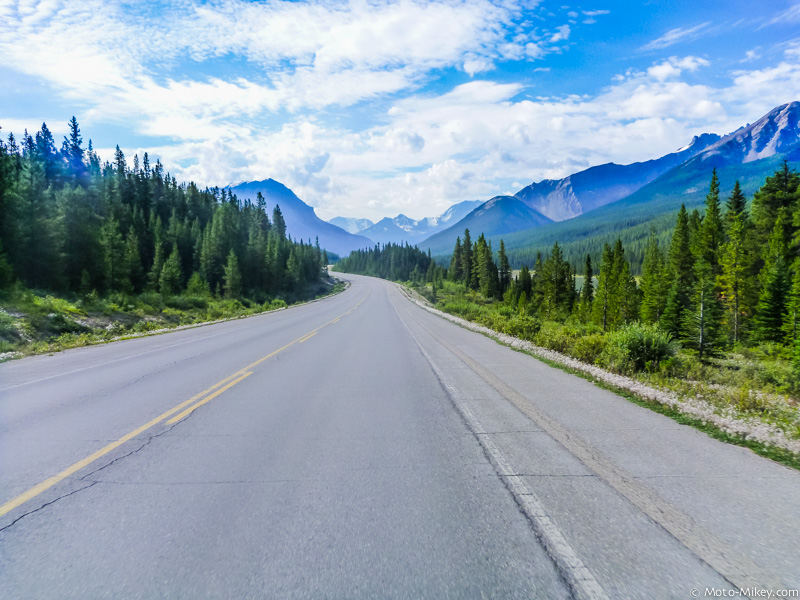 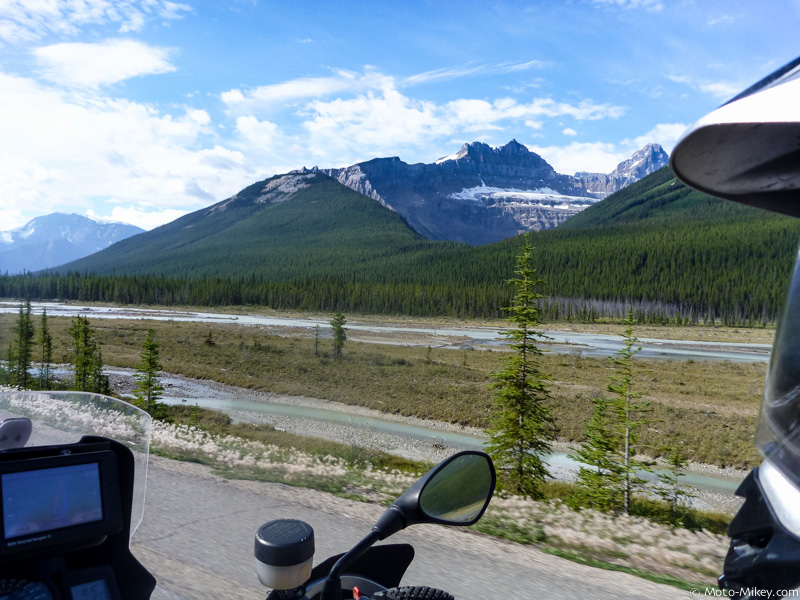 Amazing ride with lots of people out enjoying it. You could easily spend a week in this area visiting all the hiking trails, camp grounds (dozens of them) and view points. The few hours and handful of photos I took don’t do this place any justice at all. 😐

The Icefields Parkway ends North of Banff and dumps you out on the Trans-Canada Highway. From there I stopped in Banff for some coffee and WiFi at good ol’ Tim Hortons (they must love me by now). I also called a few Moto shops in Calgary to search around for new tires. I’m surprised my TKC80’s have lasted this long. 😕 Blackfoot Motorsports has the tires I want at a good price but at an expensive labor.. humm. I’ll see what they say when I get there. I didn’t spend any time in Banff or Canmore but plan to stop by and check it out on my way back the following day after I get new tires. 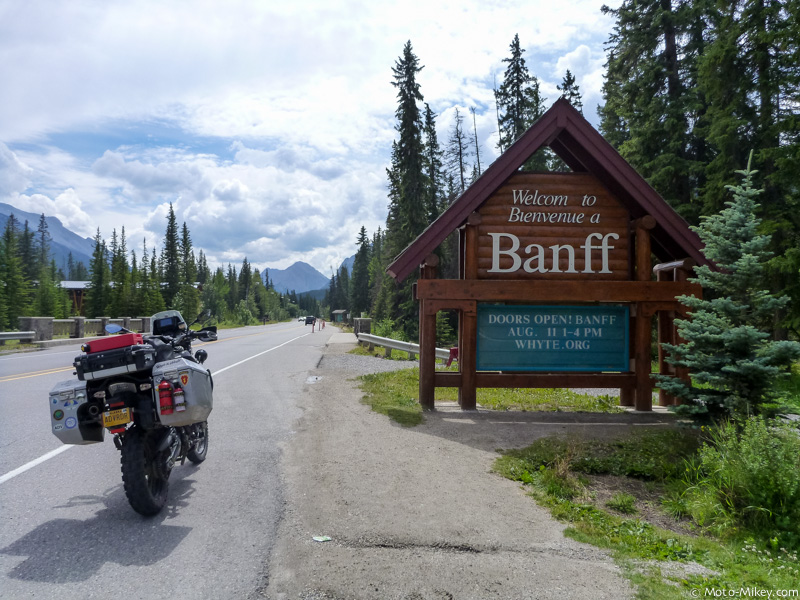 I blasted down the Trans-Canada Highway to Calgary, trying to beat the rain that was closing in on the city. I made it to the shop around 1700 and they were still fairly busy. Would they be able to get me in today for a new set of tires? The initially told me that they couldn’t get me in for 2-3 days and to check back. I mentioned that I was passing through on my from Alaska to down South and they took pity on this dirty gringo. After checking with one of the techs in the back, they agreed to get me in right now. Awesome! They even gave me a cheaper labor price than initially quoted. Less than an hour later and I was leaving with new Heidenau K60 dual-sport tires. Hell yeah! Big thumbs up for Blackfoot Motorsports in Calgary. 😀

Of course, just as I’m leaving the shop it starts to rain. Luckily, I planned on this and had a decent hotel lined up in Calgary for the night. Tomorrow, I plan on riding back West along the Trans-Canada Highway to Banff to check it out a bit more and then over into British Columbia again to ride some of the roads that were recommended by Carl.