Manaus is a large city in the middle of the Amazon Jungle. It’s fairly isolated and the only paved road leading there is the one that goes North to Venezuela. Almost all goods and the majority of people arrive via boat or airplane. It’s a city famous for it’s rubber production and it’s european architecture. 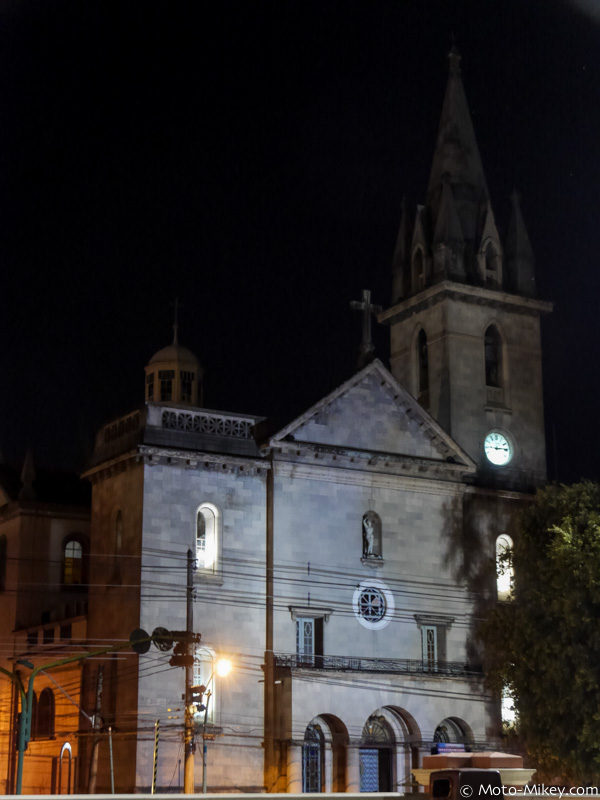 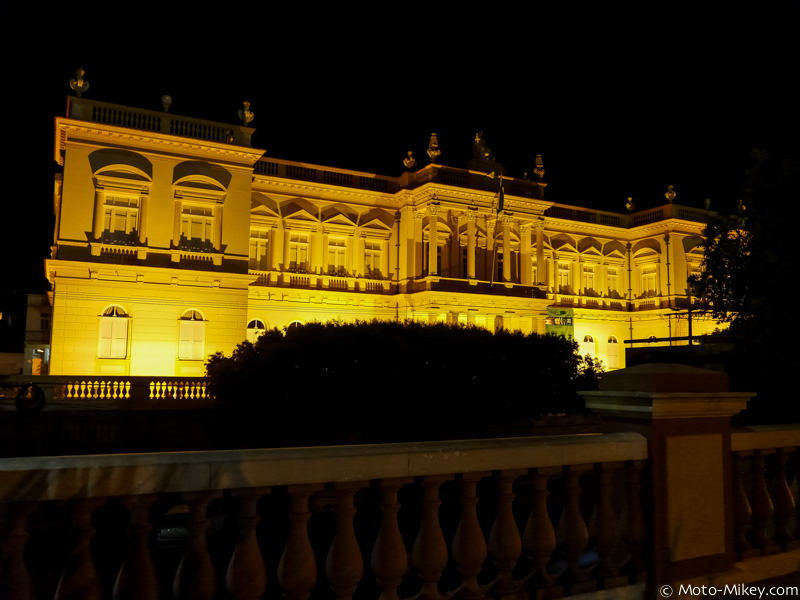 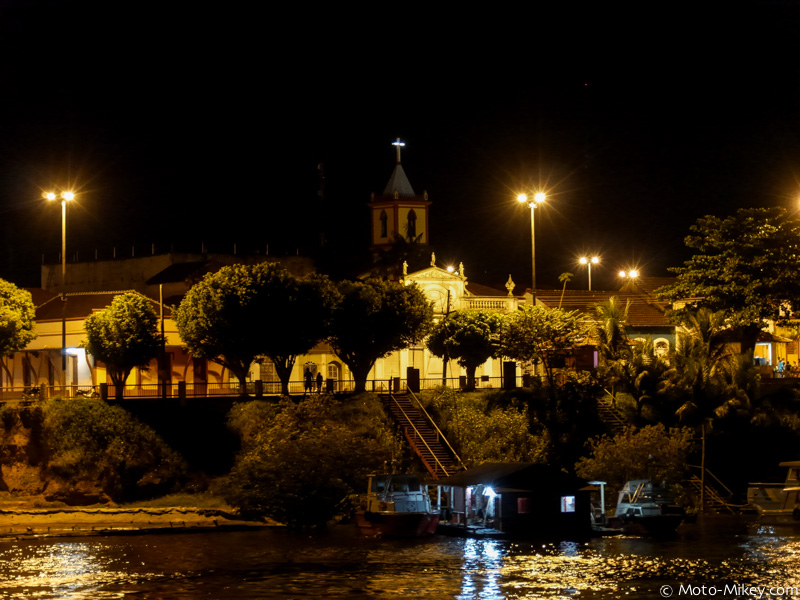 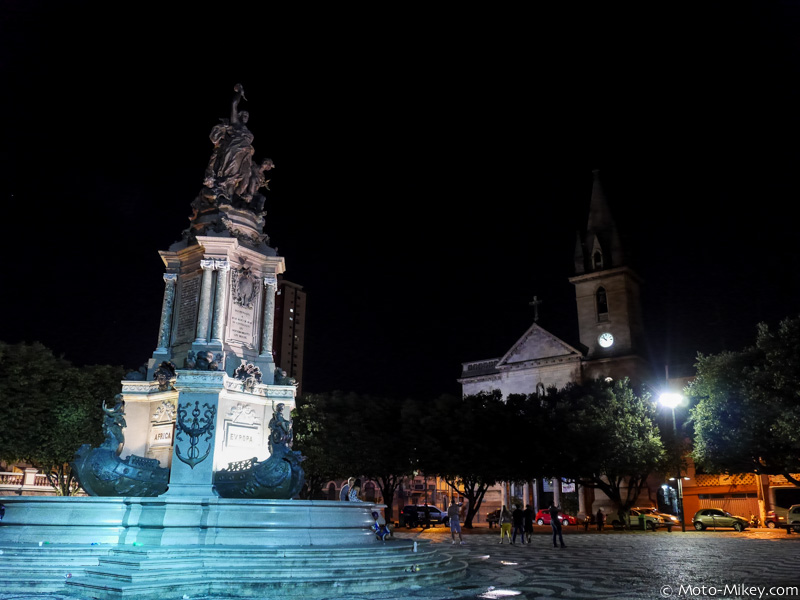 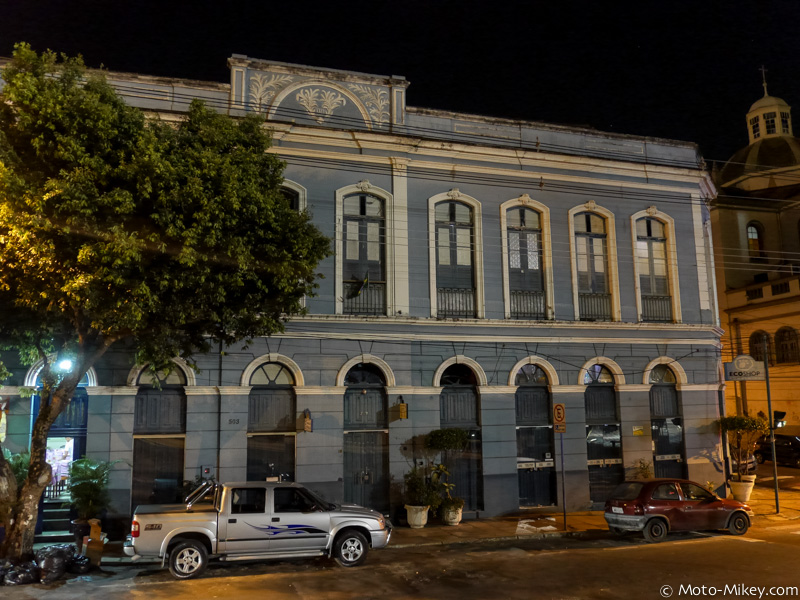 I stayed in Manaus for a day to take care of the usual errands and to wait for another Adv Rider that I had been in contact with. Ernesto and Viktor are from Mexico and they are riding around South America on a pair of F800GS’, the same as me. We were supposed to meet in Belem and take the ferry together but they were a few days behind me and I had already purchased my ticket.

They had a friend of a friend here in Manaus they were staying with named Brasil.. yes, his name was Brasil and he lived in Brazil.. kinda funny. He has an R1200GS and likes to welcome riders who are passing through the area. He is a super nice guy and took us out on his boat for a day on the Amazon river.

Paddle boarding is super popular here in Brazil. It’s basically a big stable surfboard that you paddle with an oar.. not much to it. 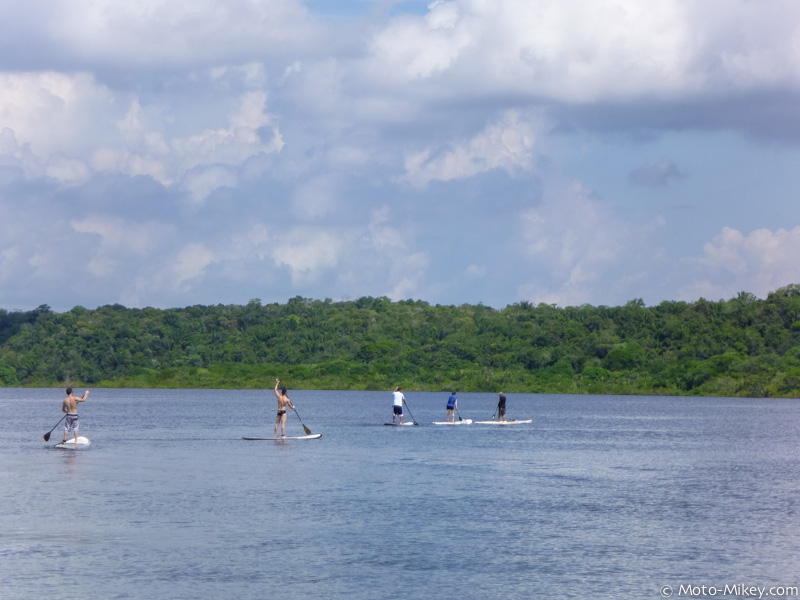 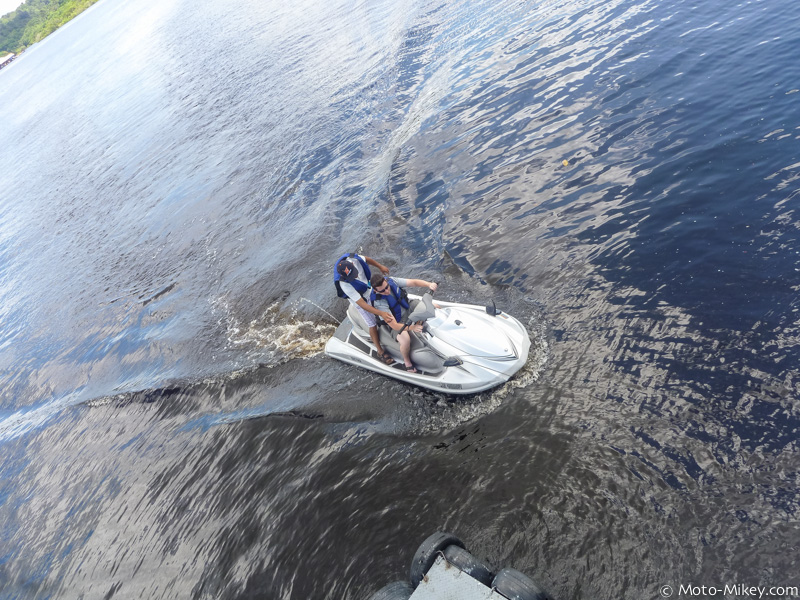 In most parts of the world, there are School Buses. Here in Brazil, they have School Boats! 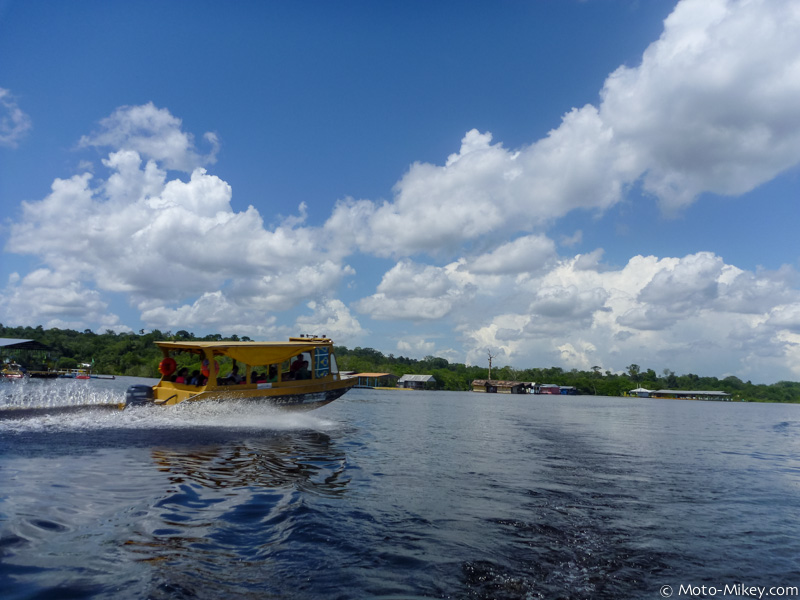 Some really nice houses on this part of the Amazon River. All very expensive looking and with a few boats and jet skies out front. 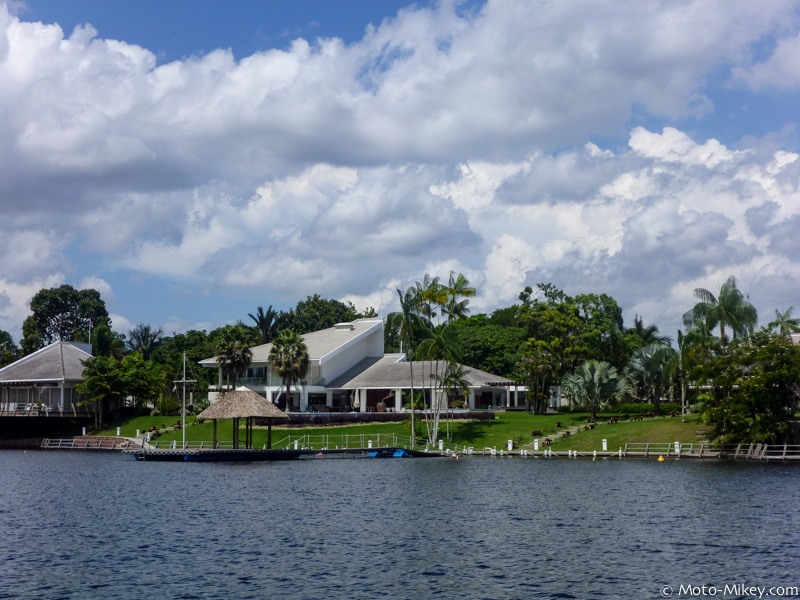 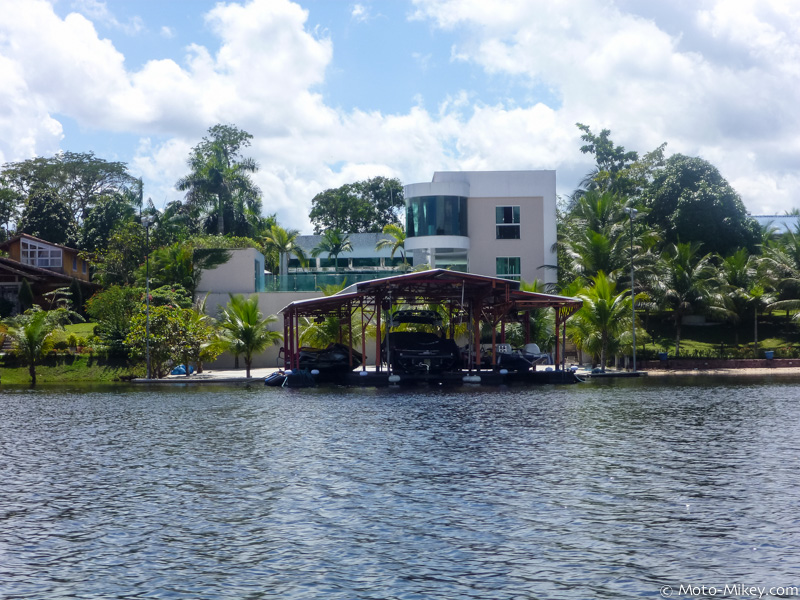 We also went for a swim in the river. Most people (non-Brazilians) would be afraid to due this.. probably from watching too many movies like Anaconda or something. You don’t have to worry about Piranha’s.. they leave you alone.. but supposedly there are some ‘big fish’ in here that can ‘hurt you’. I never saw anything but the river has these weird currents where you can feel a rush of cold water come up from the bottom and it makes you feel like something big just swam underneath you.. it’s a very eerie feeling. 😯 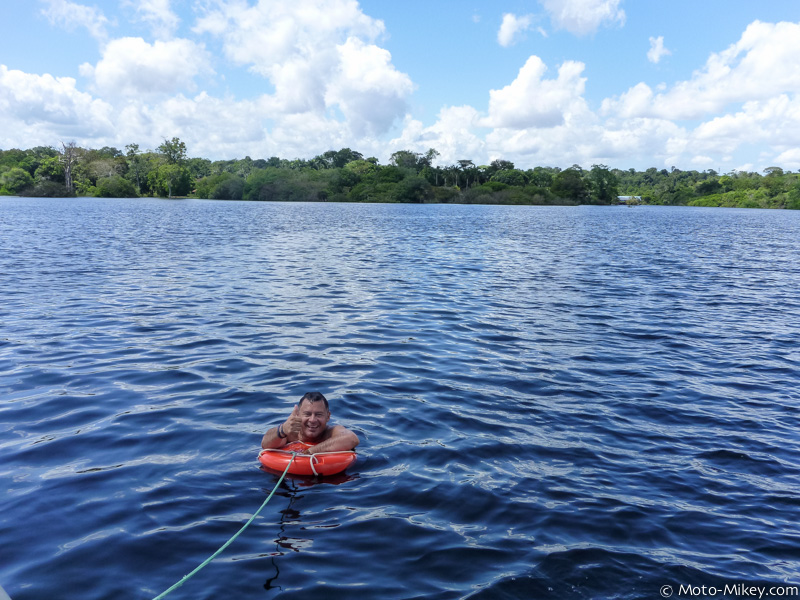 Fish: it’s what’s for lunch and dinner her in the Amazon. Abundant, tasty and cheap. Tambaqui is the most popular fish on the menu. It’s really good. This one was big enough to feed 4 of us. 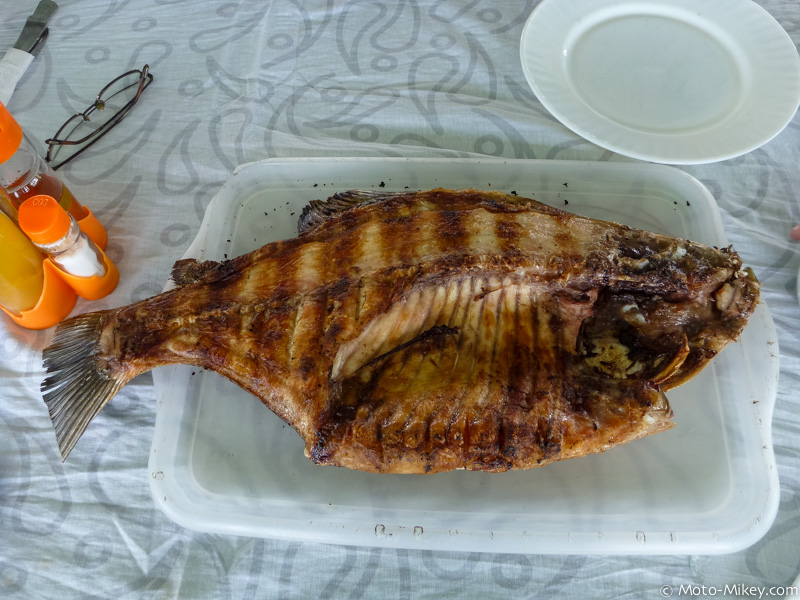 In Brazil, most cans of beer come with these tin foil covers on them. It’s a smart way to keep any dirt and debris out of the top drinking area. 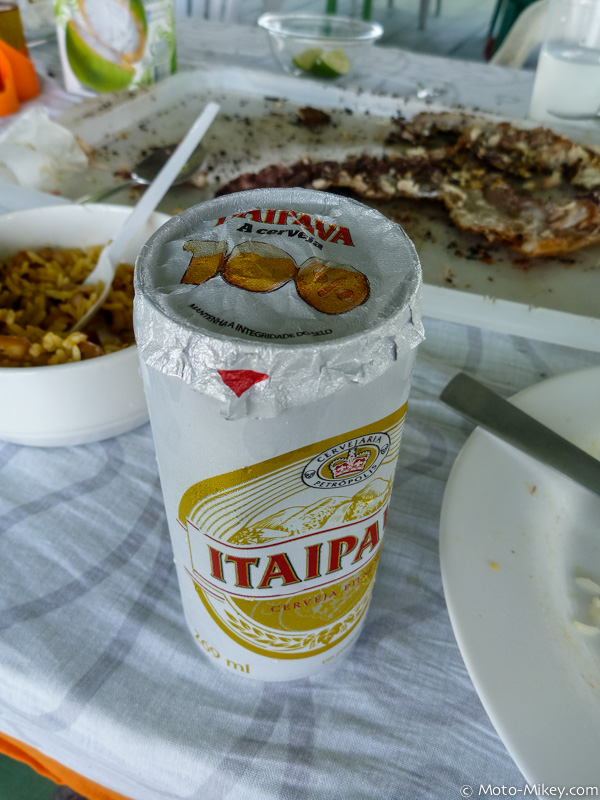 Tomorrow, the three of us area loading up and riding North. It’s a 750km to the next town of Boa Vista, so it’s gonna be a long, hot day.