Buenos Aires is a massive city of nearly 13 million people. There’s tons of sights to see, endless gorgeous Argentine women, excellent food/wine, and the weather right now is perfect. I’ve been here for over a month now and it really feels like I just got here.. so much that I’m not really ready to leave yet.. so I’m not! I’ve decided to stay for another month and assimilate a bit more. It really does feel good to remain stationary for a while and feel ‘normal’. A few days isn’t enough to really get to know somewhere, especially a city of this size.. I’m only now starting to scratch the surface of Buenos Aires.

A bunch of random photos from all over the city: 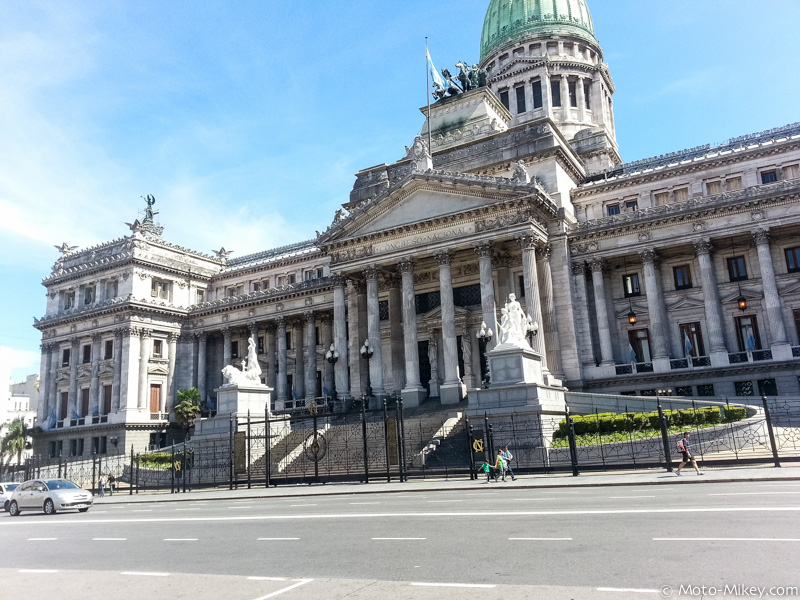 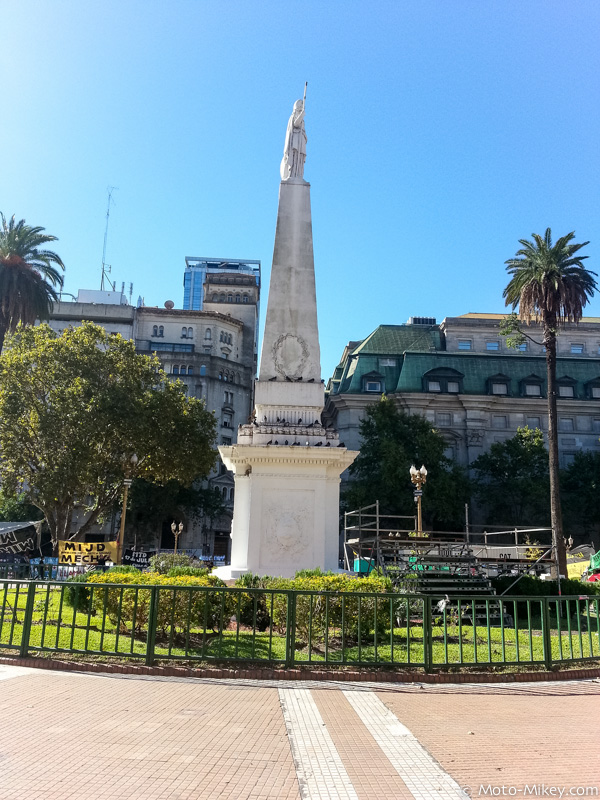 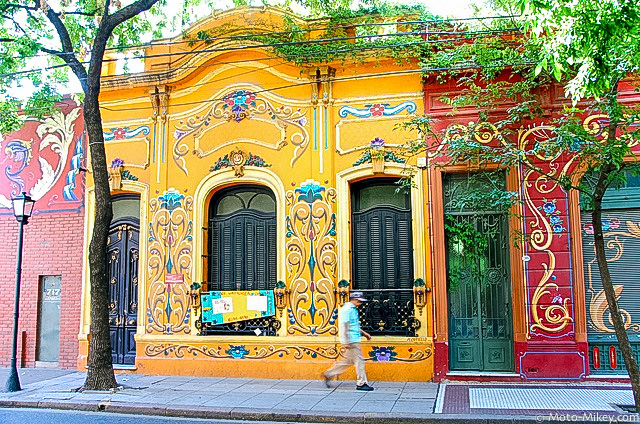 Buenos Aires is referred to as the ‘Paris of South America’. There’s a lot of cool old architecture, cafes and a laid back feeling to the place. Sometimes it really does feel like being in Europe. 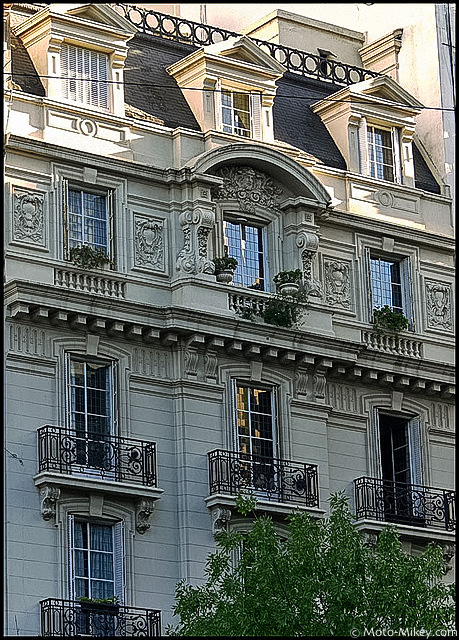 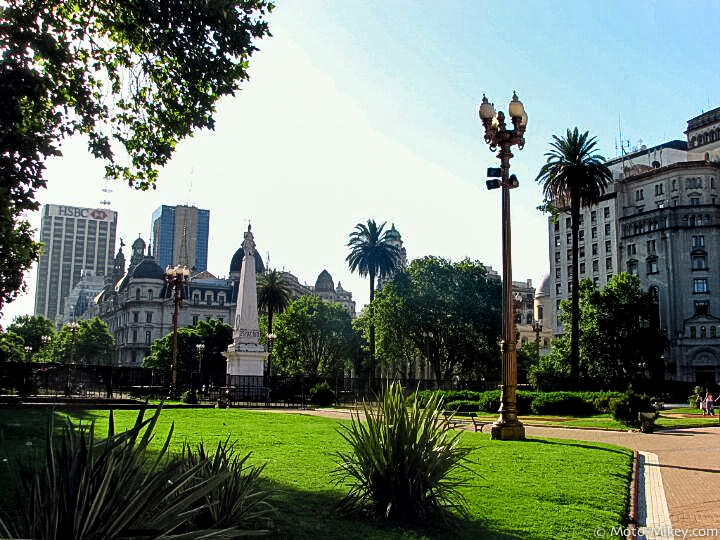 Lucky for me, I’m hear at an ideal time. The weather is perfect as it’s just starting to transition into autumn. Lows in the mid 50’s F and highs in the mid 70’s F. 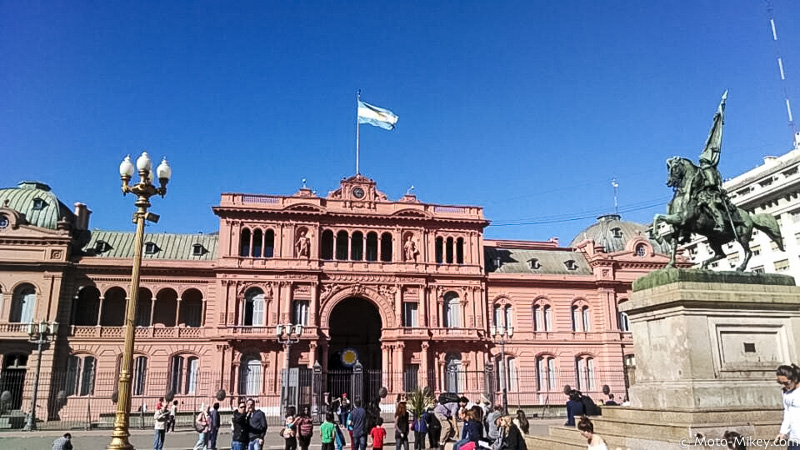 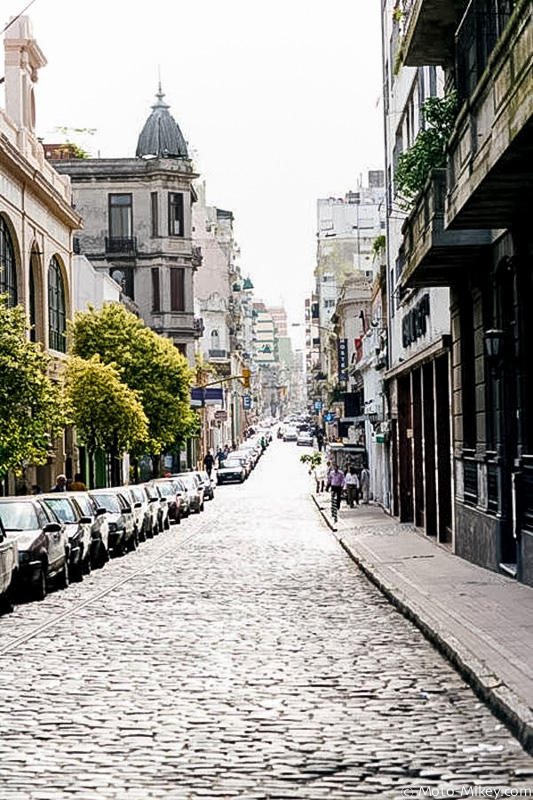 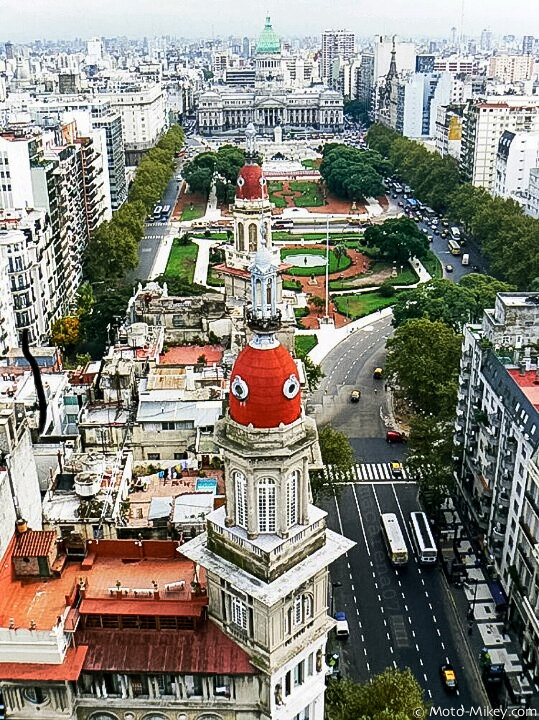 Another nice thing about Buenos Aires is the excellent pubic transport system. Just a few blocks from my apartment I have a Subte (Subway) station which makes for a quick, easy and cheap way to get around the city. 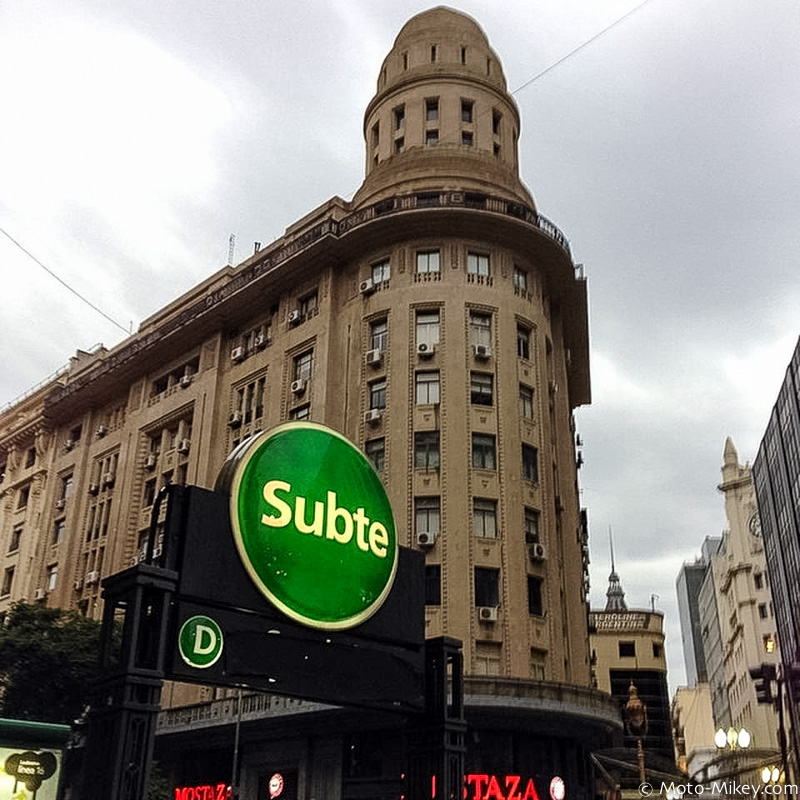 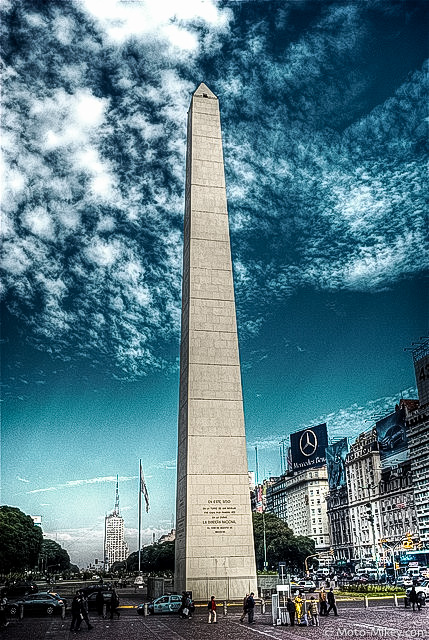 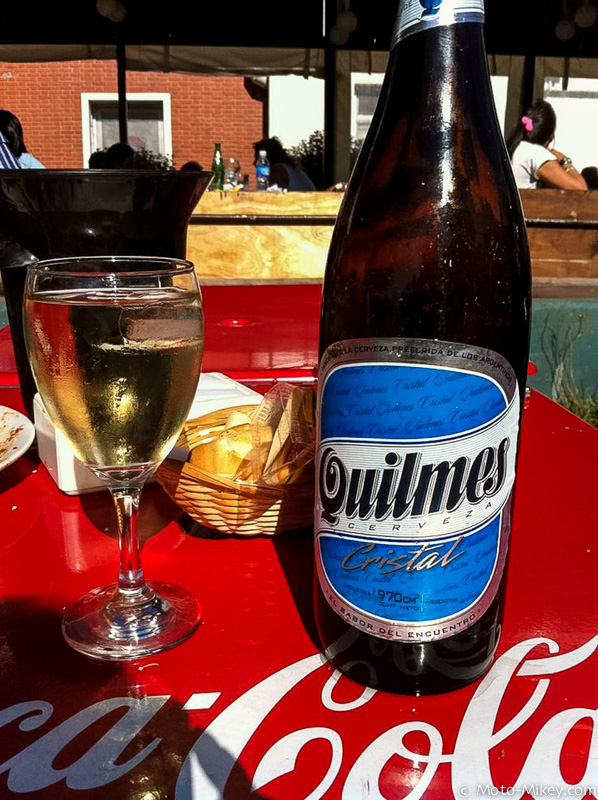 Of course, no blog is complete without mentioning something about Argentinas famous dance, the Tango. In San Telmo, an old part of the city, performers often dance on the sidewalk for tips and to pose for photos. It’s a bit cliche but still interesting to see. 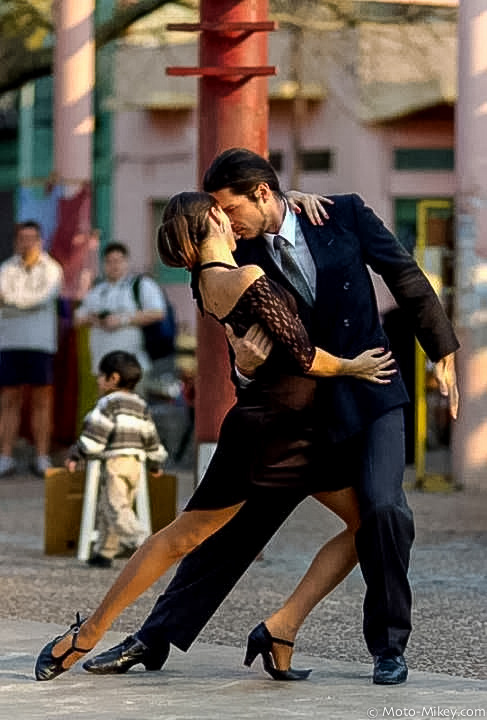 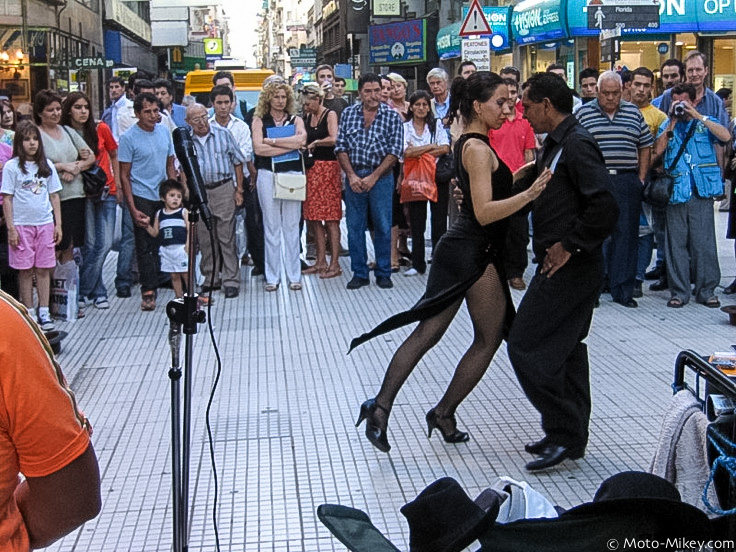 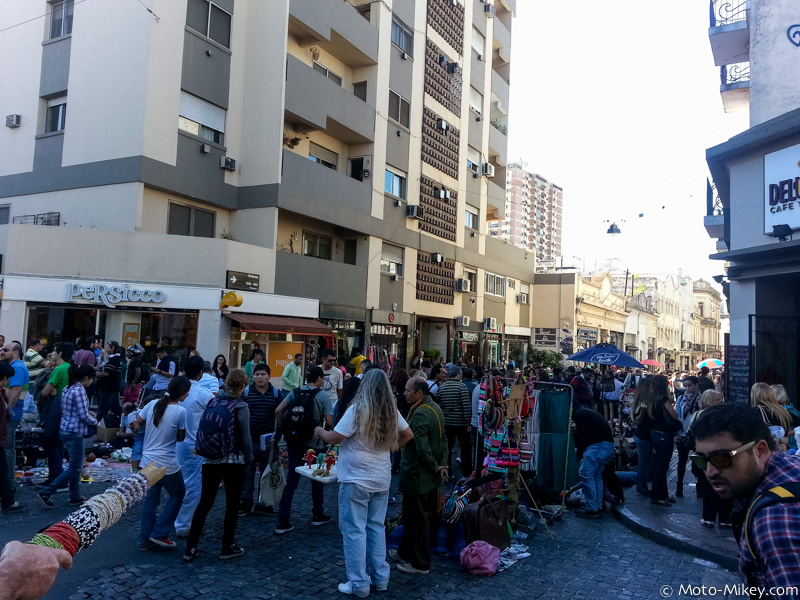 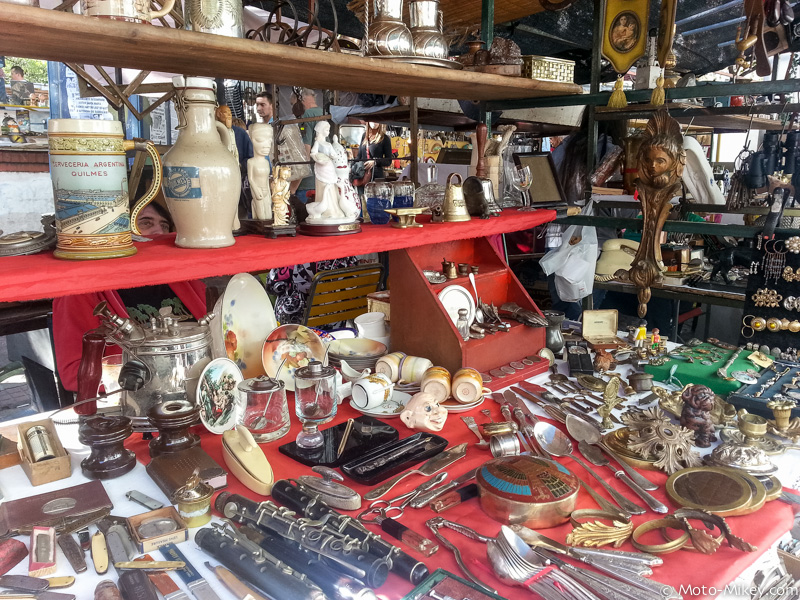 Another common occurrence in Argentina is organized protests and demonstrations. For those that don’t know, the economy and government (corruption) here is less than ideal. Things are relatively unstable and many people aren’t sure what tomorrow is going to bring. The country has already gone bankrupt twice in the last 30 years, resulting in the majority of the people losing everything they had. Inflation is hovering around 20% per year which is why there’s a large demand for US dollars that are exchanged on the black market.

I try to avoid talking politics and getting involved but it’s worth noting here since most people just don’t know about the situation of living in Argentina. Since I’ve been here, i’ve seen a few demonstrations with tens of thousands of people involved. They’re all peaceful but it makes you aware that things are not ideal. 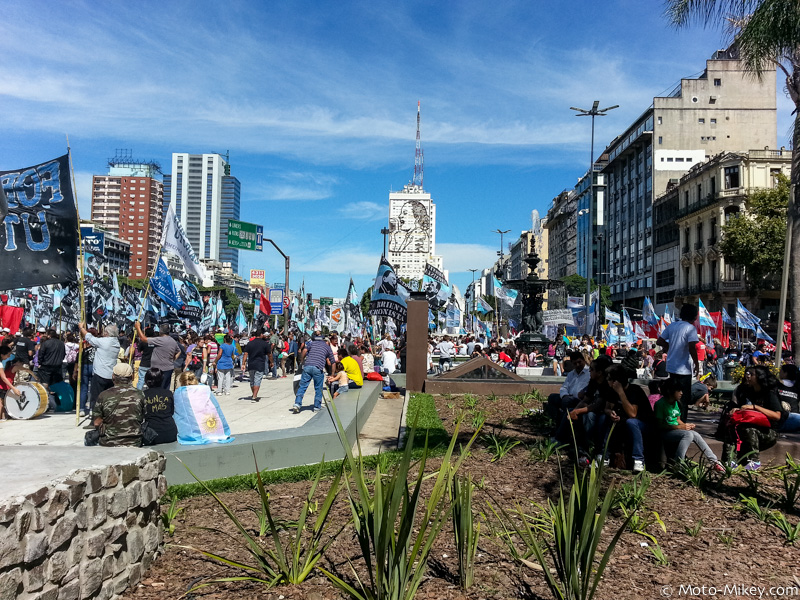 In the past month, I’ve made a few local Argentine friends, met some American expats and a couple other over-lander travelers who I’ve been hanging out with. Lots of good times and some very late nights.. Argentina is the king of late nights. An average night out for a Porteño (someone from Buenos Aires) goes something like this:

Dinner around 10-11pm (most restaurants don’t even open until 8-9pm), then go to a friends house to drink cheap booze till around 1am. After that, everyone goes out to a bar till around 5am, then it’s time to get your dance on at a Boliche (club) and continuing partying till 10am.. yes that’s right!..10am in the morning! It’s crazy and I don’t know how they do it here. 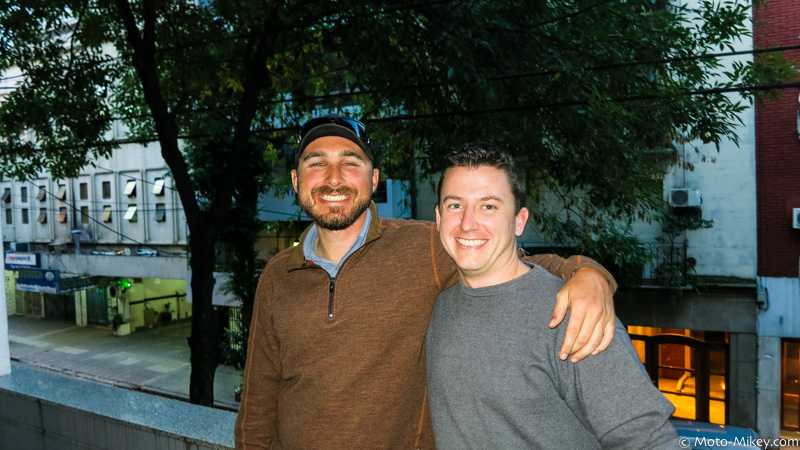 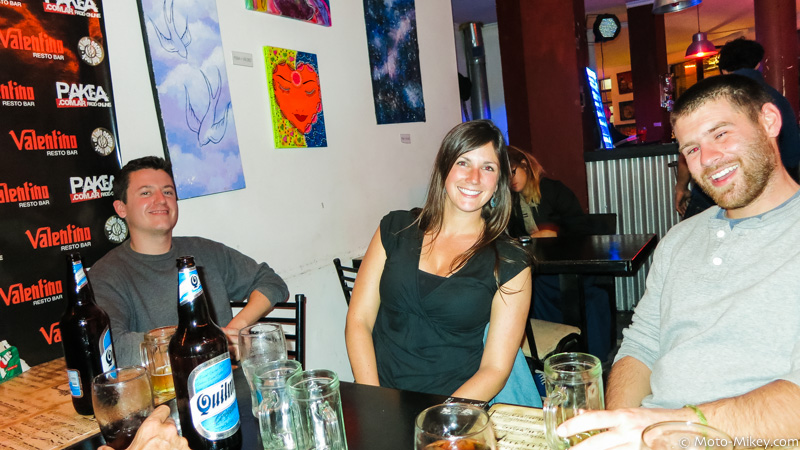 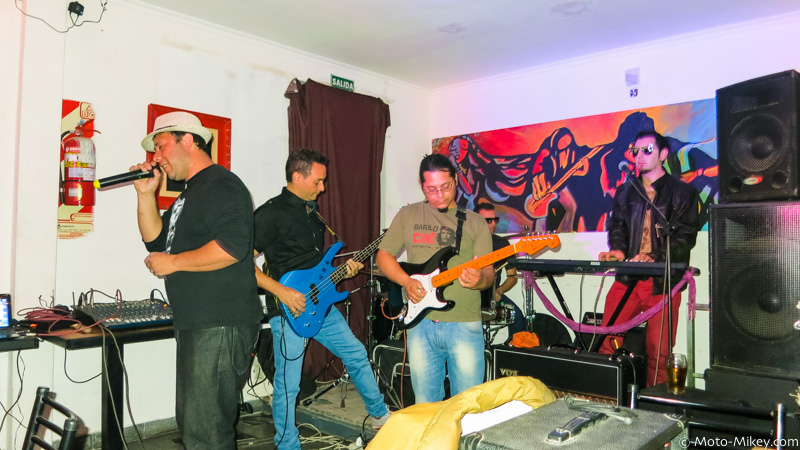 In addition to just hanging out and getting some much needed R&R, i’ve been studying Spanish and also starting to dabble in Portuguese. I’m just starting to get a handle on Spanish and now I need to learn a new language!

So yeah, the plan is to hang out here for another month, continue studying, and enjoying all that Buenos Aires has to offer. This place is quickly becoming one of my favorite cities in the world!