Not much interesting to report about these couple days except that it was very windy.. like steady 40-50mph winds with occasional gusts above that. It made the riding much more tiring than normal. Two things took a beating: my neck muscles and my fuel economy. 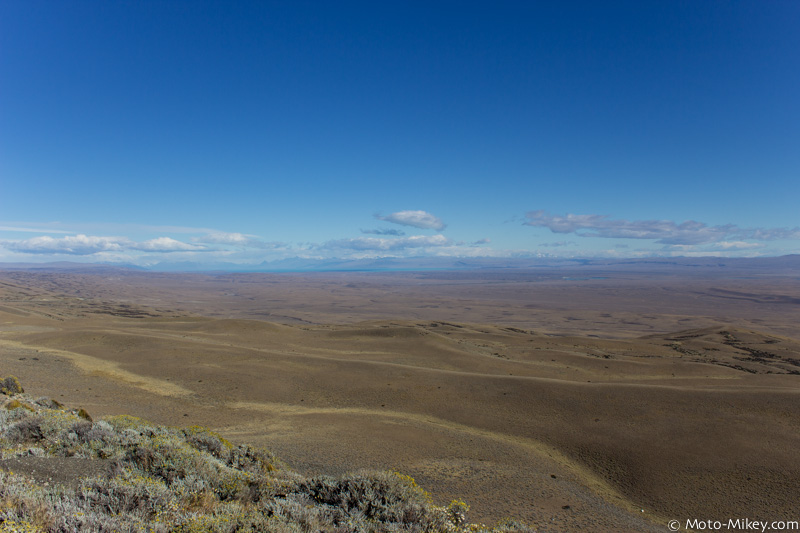 If there were any trees around, these signs are be very accurate. 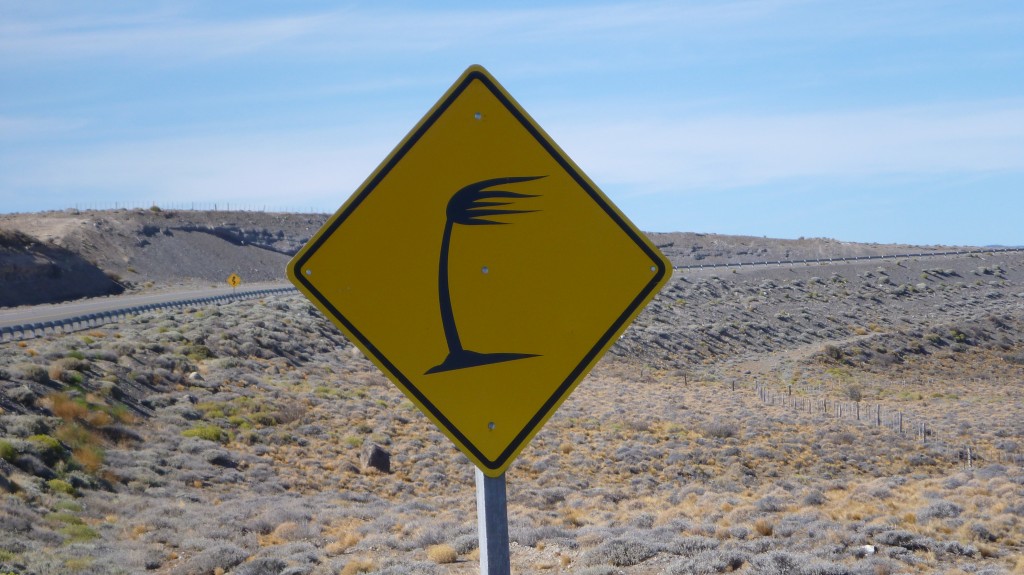 I stopped for the night in the drab port town of Puerto Natales. This place is the launching point for travelers heading into Torres del Paine National Park. I had thought about checking this park out and maybe even renting some gear to go hiking around the area for a few days but the Patagonian winter is quickly arriving and it’s already pretty cold. I realize I can’t see and do everything and I’m okay with that. Maybe next time..

The ride from Puerto Natales to Punta Arenas was a quick 2-3 hour jaunt. Once in town I searched for a new front tire. After checking a few shops, all of which didn’t have what I was looking for, I found Alejandro’s moto shop. He works almost exclusively on the BMW rental bikes that all the moto tour agencies use. 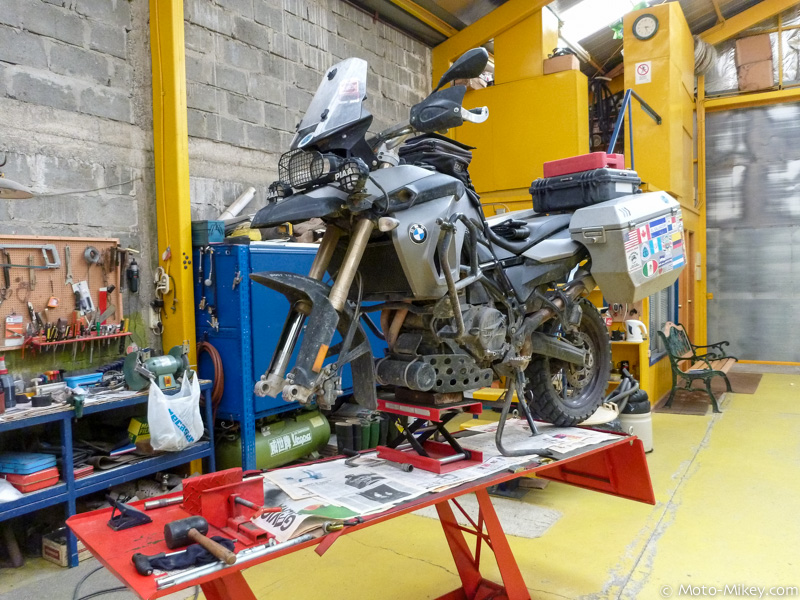 He had a huge selection of big bike tires and I had him mount a new Heideanu K76 front tire. This tire is more road biased (70%/30) since I figure from here on out I’m gonna be mostly on pavement. While the bike was on the lift, I also had him tighten the front brake disc rivets since they were loose and also remove a little bit of oil from the front forks as they were a bit stiffer than I liked. Overall a big success and another recommendation for Alejandro’s shop. 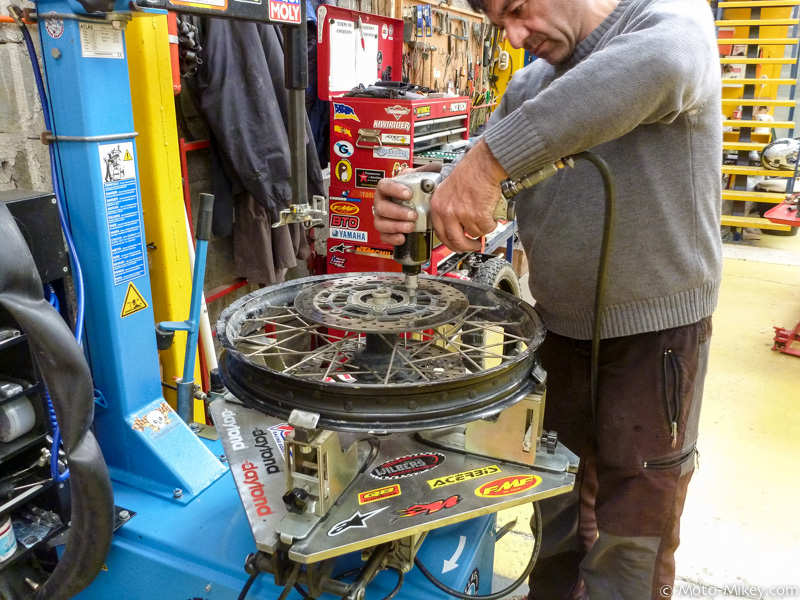 Tomorrow I’ll be catching a ferry over to Tierra del Fuego.