Out of Costa Rica and into the last country of Central America: Panama. From the unimpressive beach town of Uvita, I rode back up and into the highlands. It’s less humid and much cooler up here. I rode along what seemed like a ridge line for about an hour with great views on both sides of the roads. 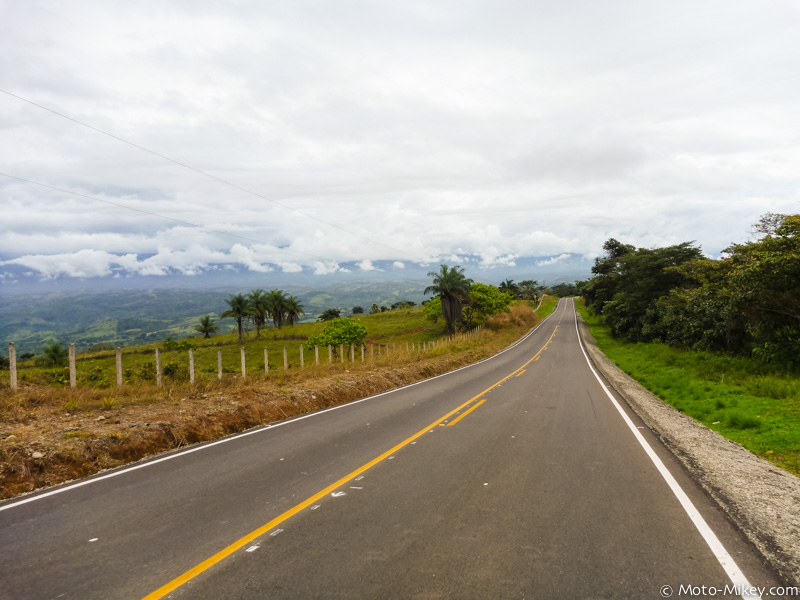 For the Costa Rica – Panama border crossing, I decided to use a much smaller and less known location. I followed my usual routine of stopping at the closest border town to review notes and grab something to eat before attempting to cross over.

This border crossing is so small that it doesn’t even have paved roads. It’s mostly used just by the locals in the area. 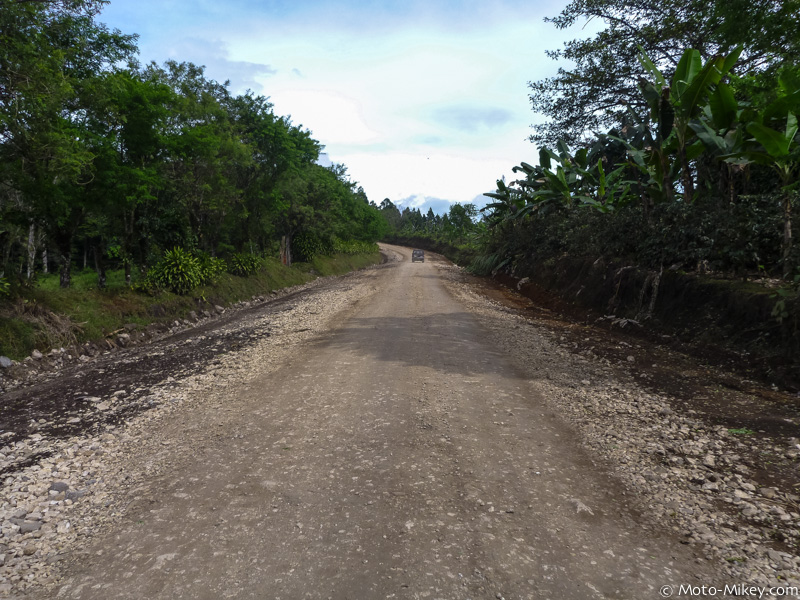 This was probably the quickest and easiest border crossing I’ve done so far. I was literally the only person at any of the offices.

It took less than 30 seconds to stamp out of Costa Rica and then it was over to the Panama side. I bought the mandatory insurance for $15, got my passport stamped into Panama and then imported the moto. Everything took less than 50 minutes, including changing over my CR Cordobas to dollars. I highly recommend this border over the chaotic Pan-Am crossing further South.

The road from the border to the small town of Volcán is a lot of fun. Lots and lots of twisties on fresh asphalt for about 30km.. a fantastic ride through the Western Panamanian highlands. 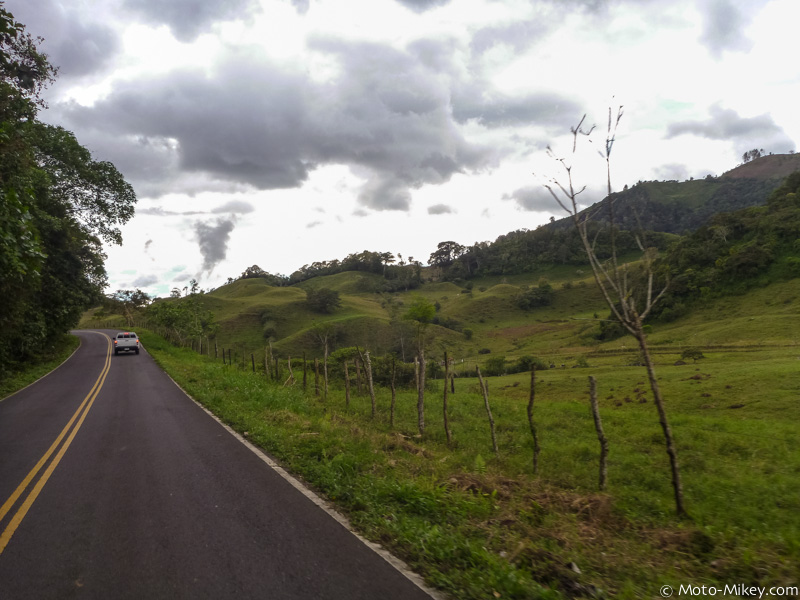 I apparently picked a good day to arrive into Volcán. There was a HUGE marching band parade going on. There were high school band students from all over the country here.. there must have been more than 10,000+ additional people in this tiny town. The roads were absolutely packed with packed. 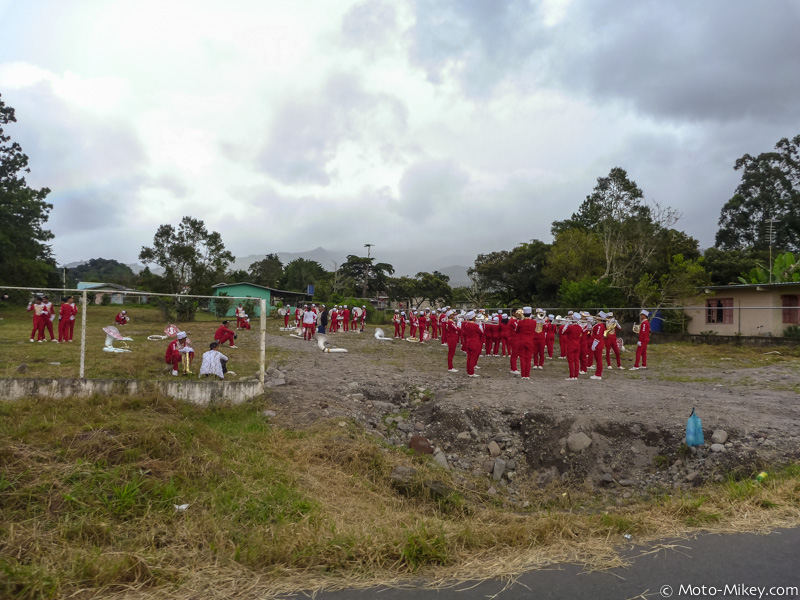 I managed to find a nice but expensive hotel without a problem and after getting settled in, I went out to check out the parade and grab some dinner. 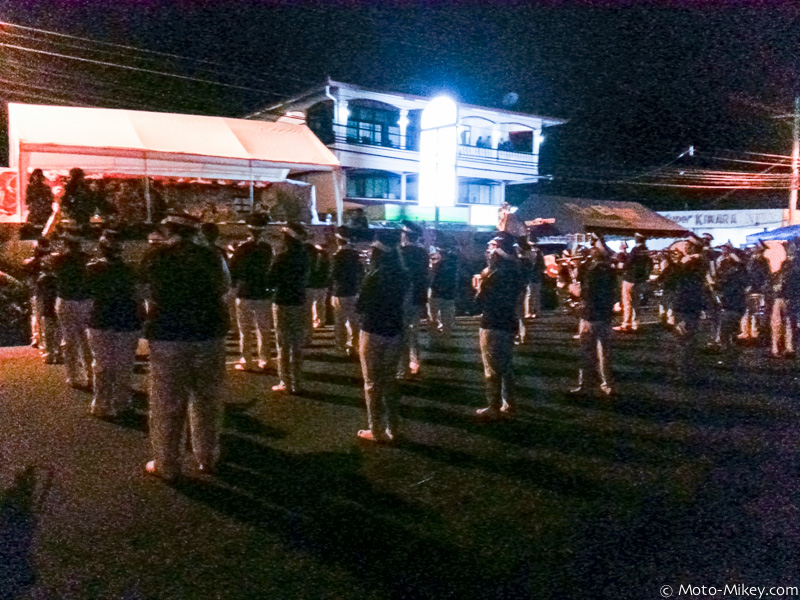 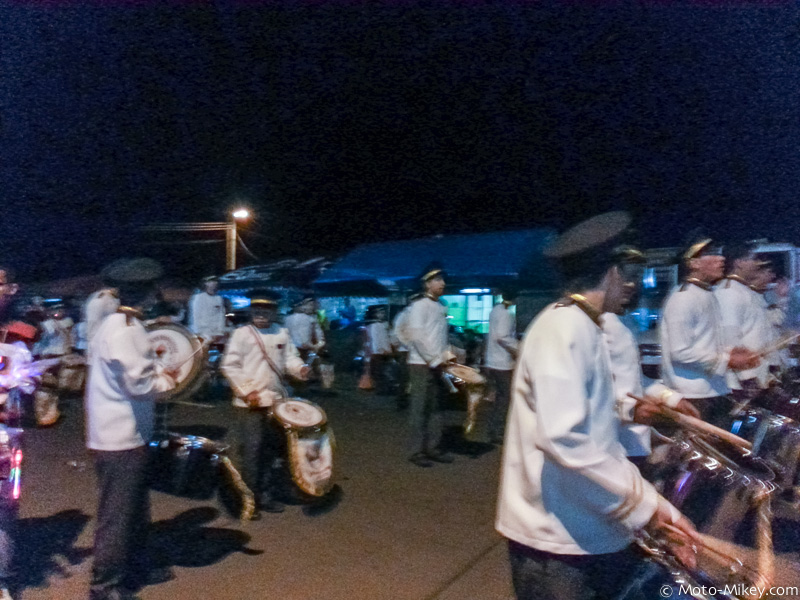 I hung out watching the parade for a while before calling it after a late night..