Well it turns out that my bike wasn’t exactly safe being parked on the street. Sometime last night someone broke into my top case (there wasn’t anything in it) and stole my Rotopax fuel can that was mounted on the lid. 😡 They didn’t get anything of real value but it’s frustrating that it happened directly in front of the window where the girl was working on the computer. She said she heard some noise out there last night so she turned on the light.. sigh.. 🙄 Ultimately my fault for settling on a place without secure parking. Lesson learned..

So today we had a few main goals: Find a new hotel with secure parking, get our very stinky clothes washed and find a motorcycle shop so we could change our oil.

We ended up finding Hotel Parador Crespo which was just one block over from where we had stayed light night and it was pretty much perfect. It had a nice gated garage area for us to work on our bikes and everything else we were looking for in a hotel.

After doing a little research, we found a Suzuki motorbike shop that was about a 15 minute walk away, so we went to go check it out and buy some oil.

This was my first on-the-road oil change of the trip and certainly won’t be the last. We bought a cheap bucket to drain the old oil into, a roll of paper towel for cleanup and used an empty water bottle for a funnel. Overall, it was pretty quick and easy. 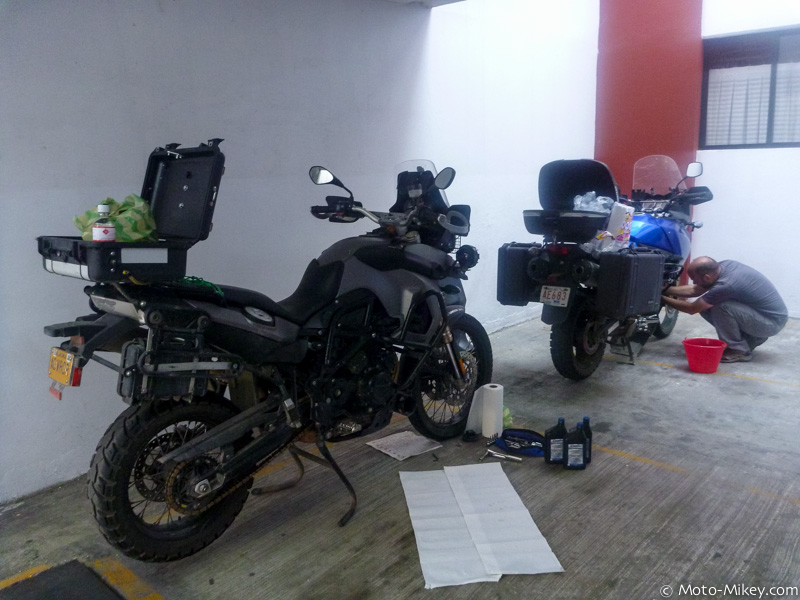 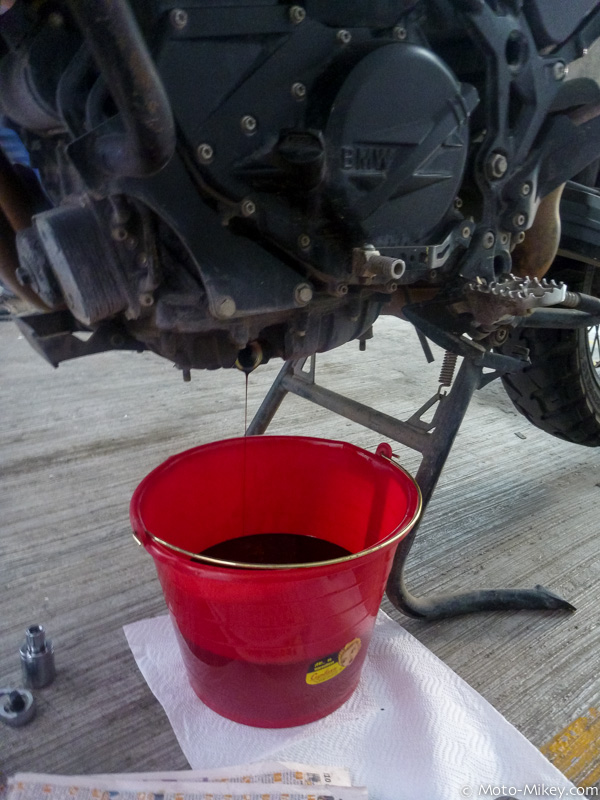 Later on after getting cleaned up, we checked out the city. I think Wednesday night in Oaxaca is bike night since there were a lot of ‘big’ bikes parked around one of the plazas with bikers just hanging out. 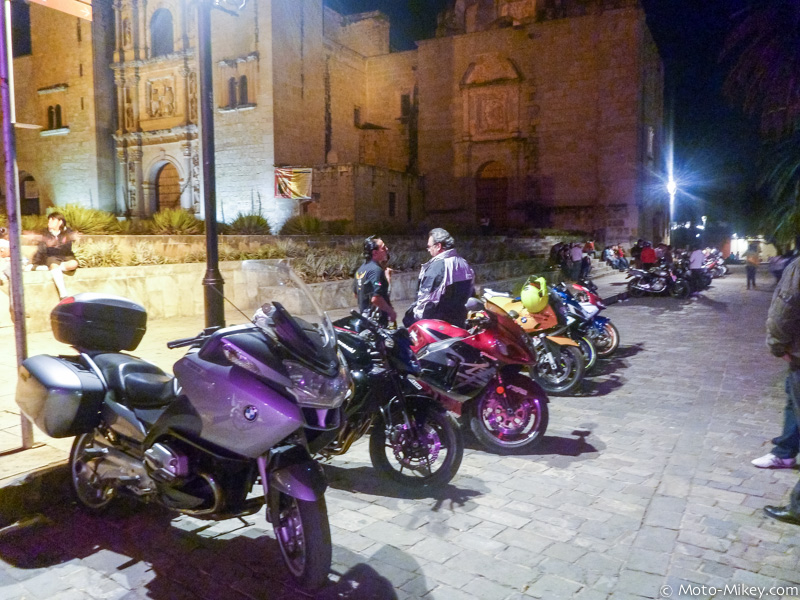 The next day we went to go check out the Monte Alban ruins which were built back in 500BC by the Zapotec indigenous people. The ruins are located right outside the city and are easy to get to, so if you’re in Oaxaca, make the effort to check them out. 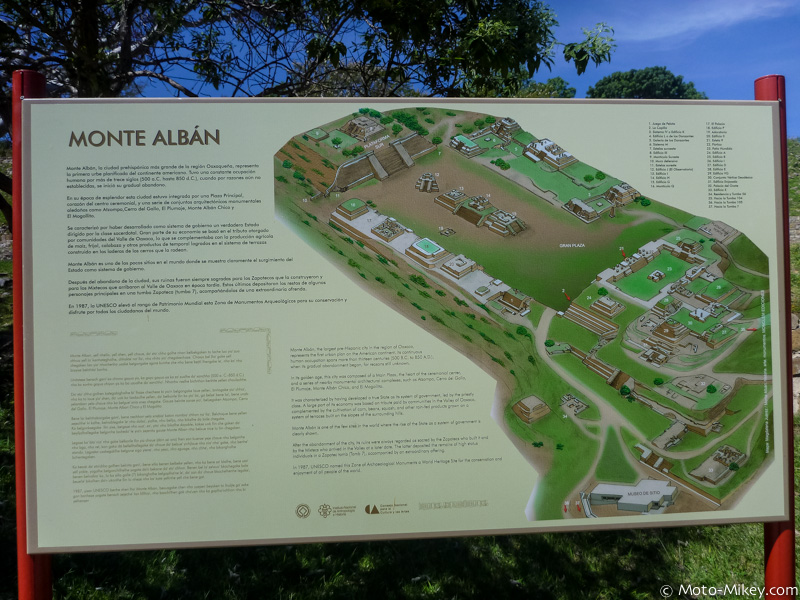 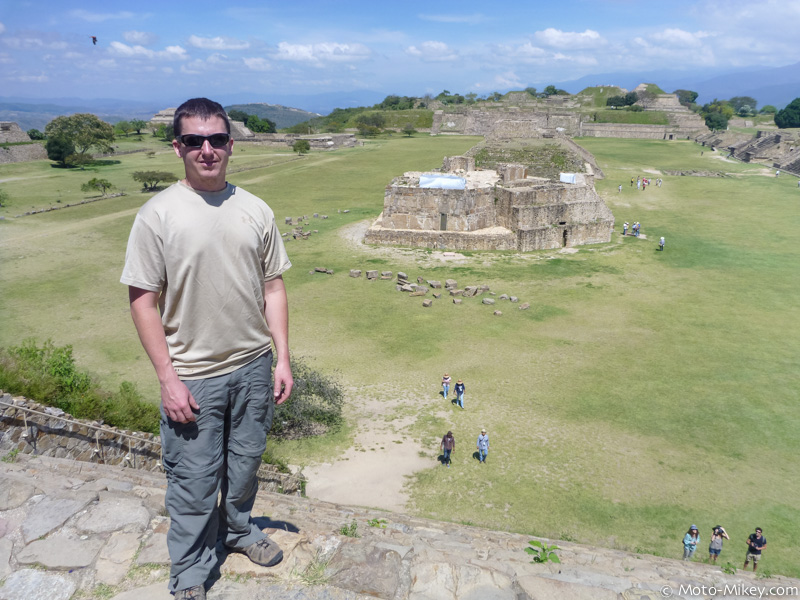 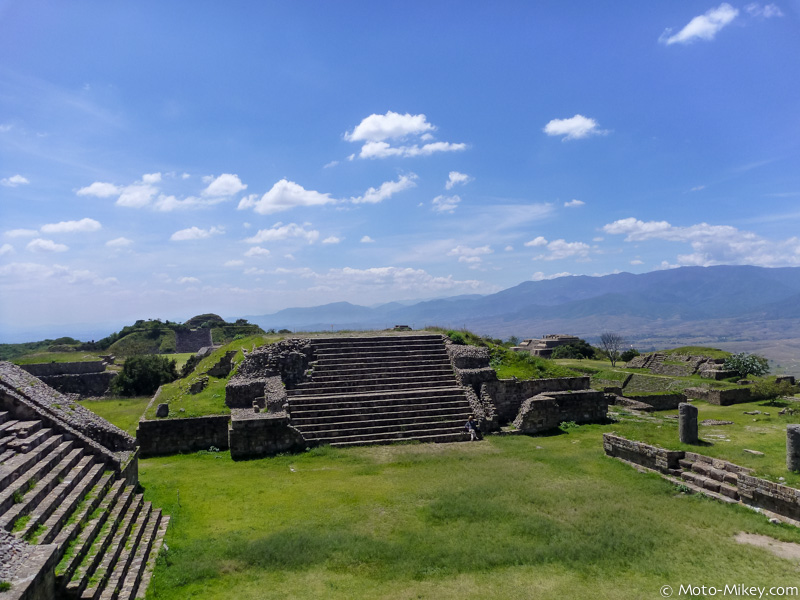 Oaxaca has a lot of cool old churches, plazas, restaurants and a ton of tourism. It’s mostly Mexican tourists from Mexico City and other parts of the country. I really like it here and wouldn’t mind spending a week or 2 attending one of the many language schools. 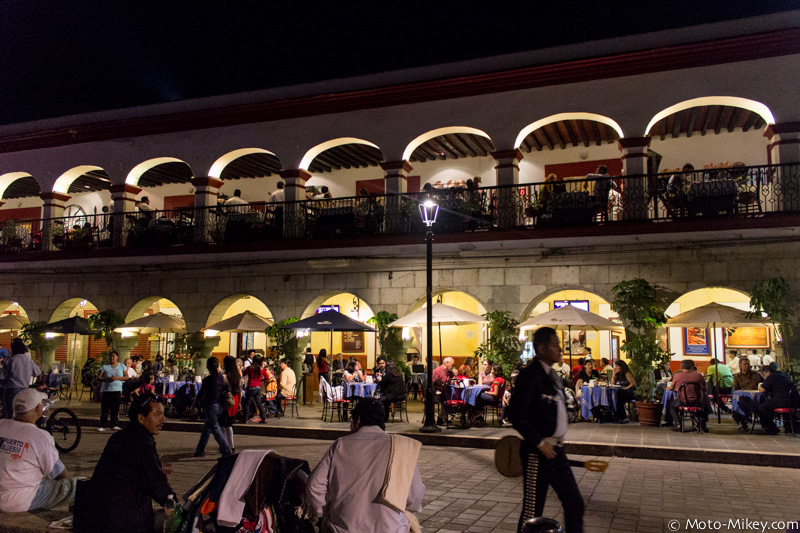 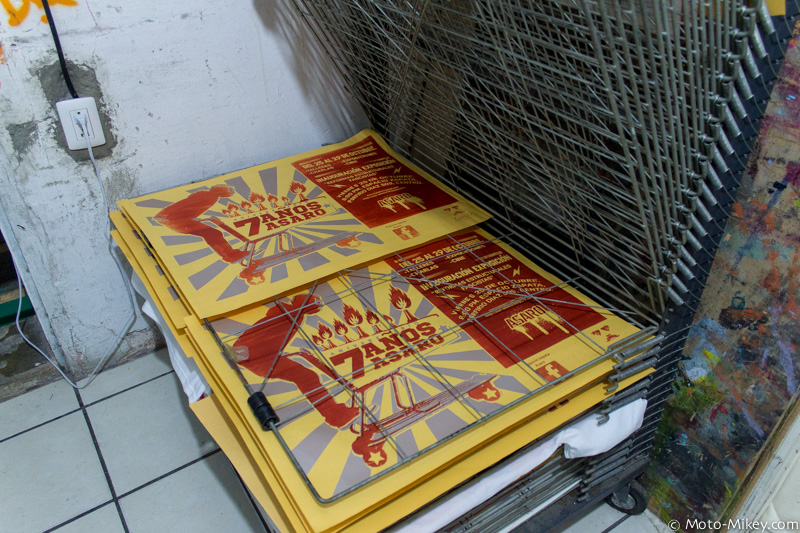 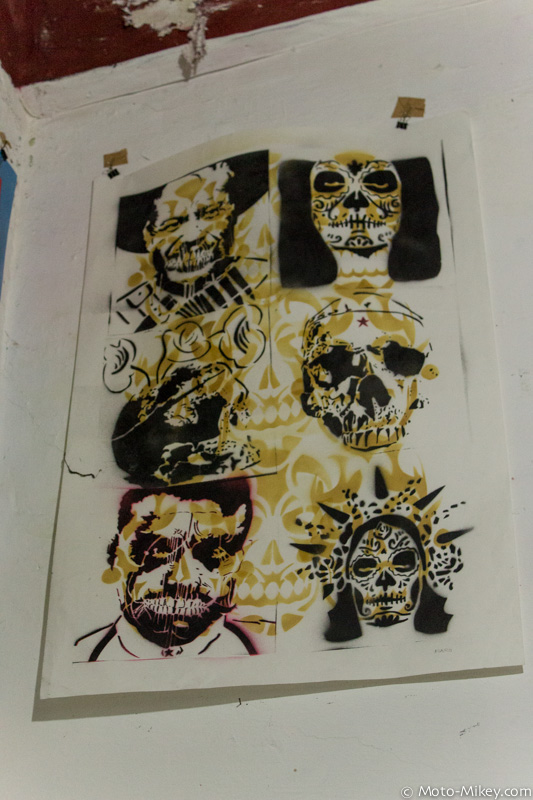