“Tell you where I’d go. Zihuatanejo. It’s in Mexico. Little place on the Pacific. You know what the Mexicans say about the Pacific? They say it has no memory…”

Ok, so maybe Zihuatanejo isn’t such a little place on the Pacific anymore. It was actually a bit more touristy and developed than I was expecting.. and a lot hotter too. It was 58 degrees when we left this morning and about 3 hours later it was over 90.. 😡

Even though it was continuously getting warmer as we dropped in elevation, it was a nice ride down the mountains and through valley. 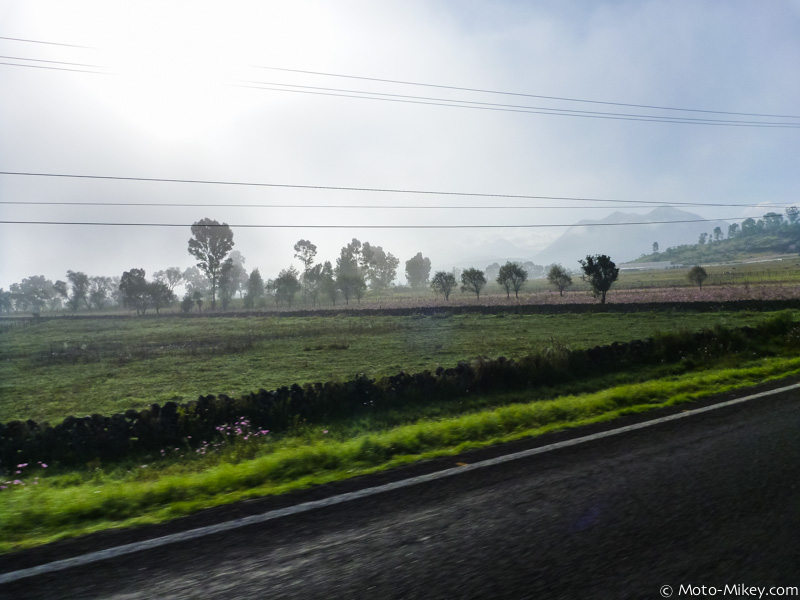 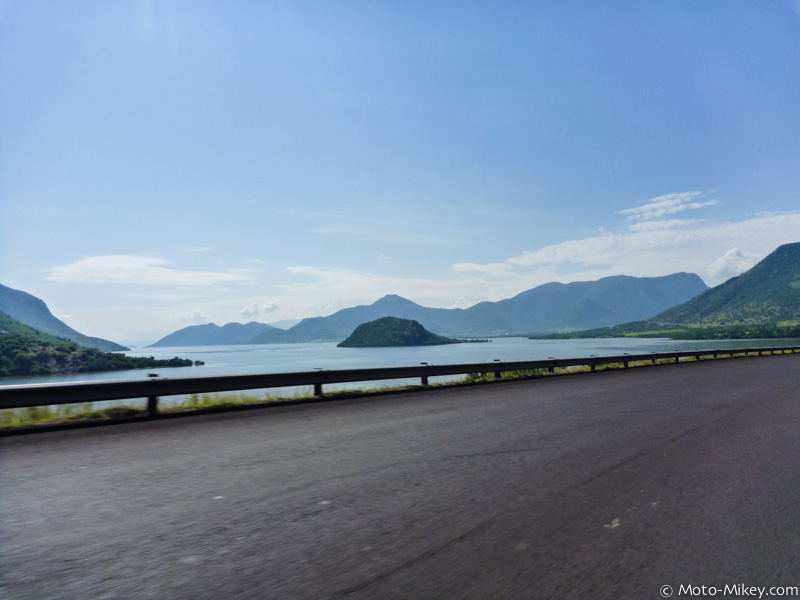 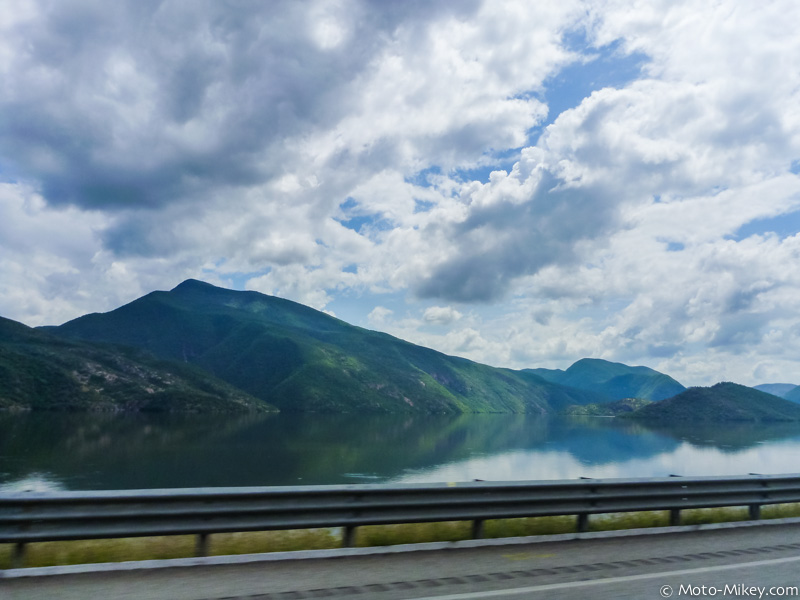 By the time we made it into Zihua, we were thoroughly cooked. We spent the next ~hour looking around for a hotel. The first place we check was closed but would open for us if we waited an hour or 2 for them to clean the room and they didn’t have AC. Since we just wanted to get out of our riding gear, we decided to keep checking around. We eventually found a place not far down the road that had everything we were looking for, albeit a little more than we initially wanted to spend. 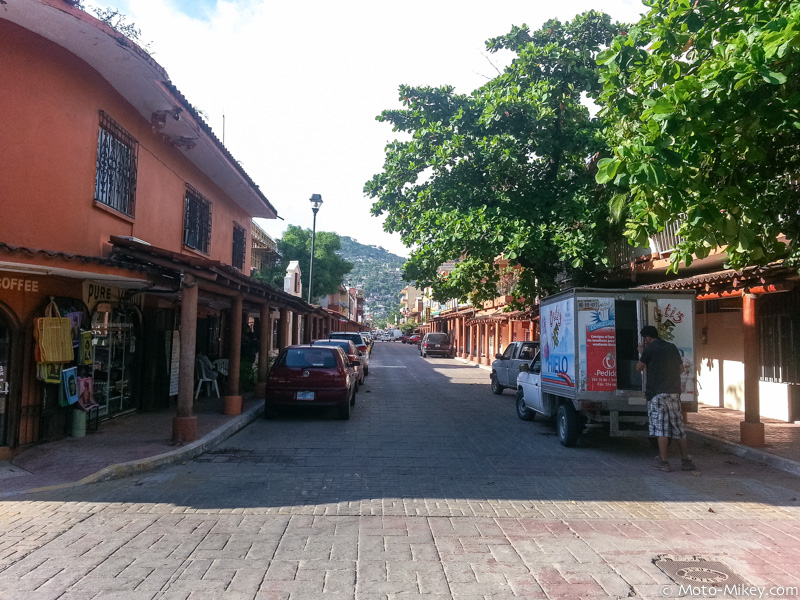 After cooling off in the AC for an hour, we walked down to the beach to find a cold beer and scope out the Pacific Ocean. It was nearly a ghost town here. I suppose it doesn’t get busy till December-February time? 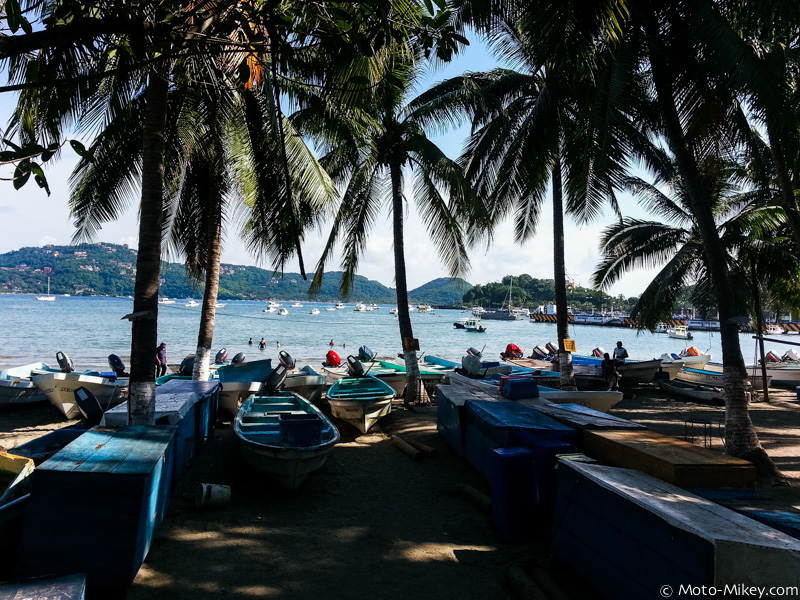 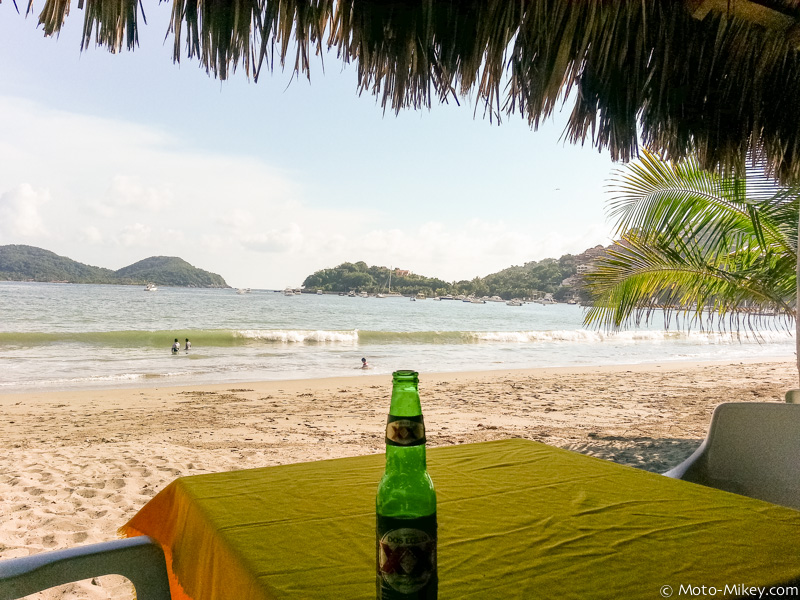 After hanging out by the beach for a while drinking beer and munching on nachos/guac, we headed back to the hotel to soak in some more cold AC air. Ahhhh 😀

Trevor and I have been taking about eating some fresh Fish Tacos for the last few days and were excited to finally be on the coast where we would find some.. Once the sun went down we went out to hunt some down. We found a busy taqueria up the street but after sitting down and ordering a beer, we found they didn’t serve fish tacos here.. wtf? I thought they were popular and sold everywhere on the coast!? The place was busy with locals (which must mean it’s good) so we decided to stay anyways. I had an order of ‘tacos al pastor‘ which is pork cut from huge vertical spit. They were really good and super cheap.. something like 3-4 pesos each. 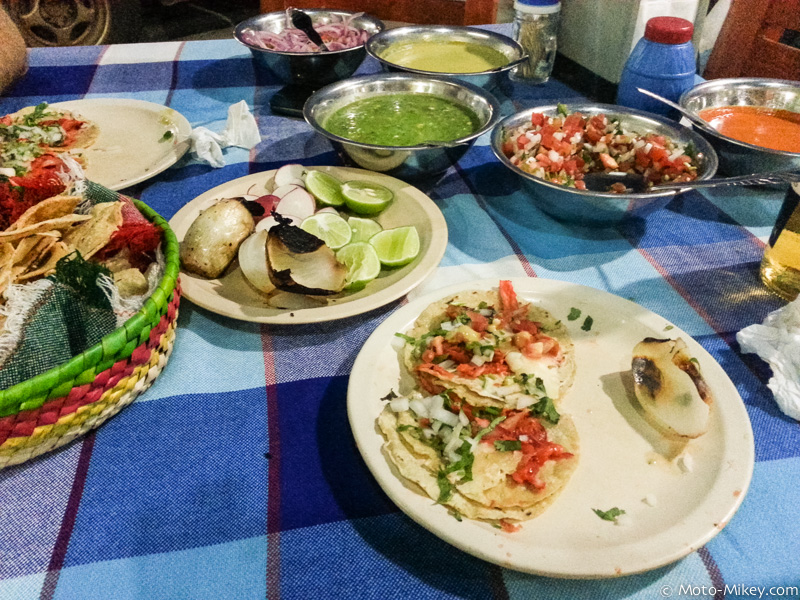 Fish tacos would have to wait till tomorrow.. 😐

2 Responses to "Day 49: Little place on the Pacific"