This morning we decided to postpone breakfast until the next town we came across since we had trouble finding a restaurant open here. About an hour later we rolled into Moctezuma which was one of the towns we had aimed for yesterday but didn’t make it to. 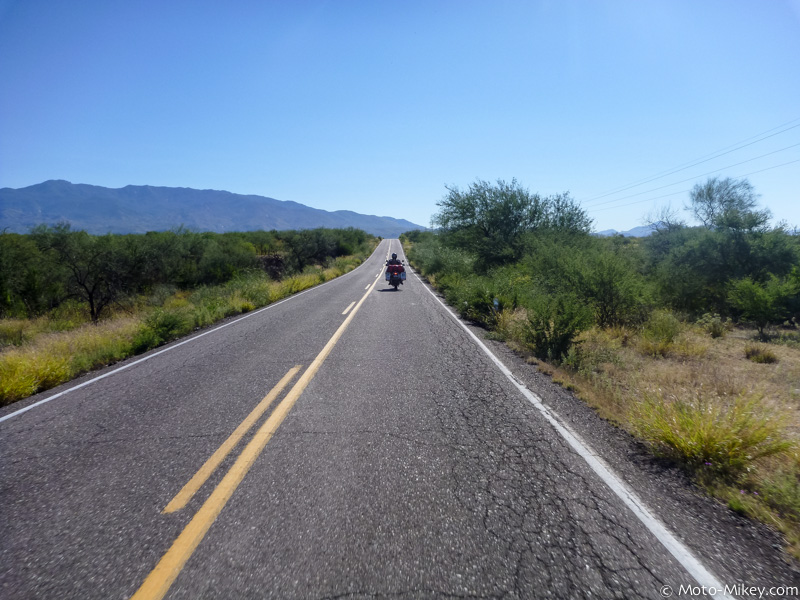 Moctezuma is nice town which seemed a bit cleaner than Nacozari and had a nice central plaza. We parked here and walked around for a few minutes looking for a place to eat. It was still early so many of the restaurants and taquerias weren’t open yet for lunch. We found one place that was open and had breakfast; Huevos con Jamon along with tortillas and frijoles.. all for about $3-4 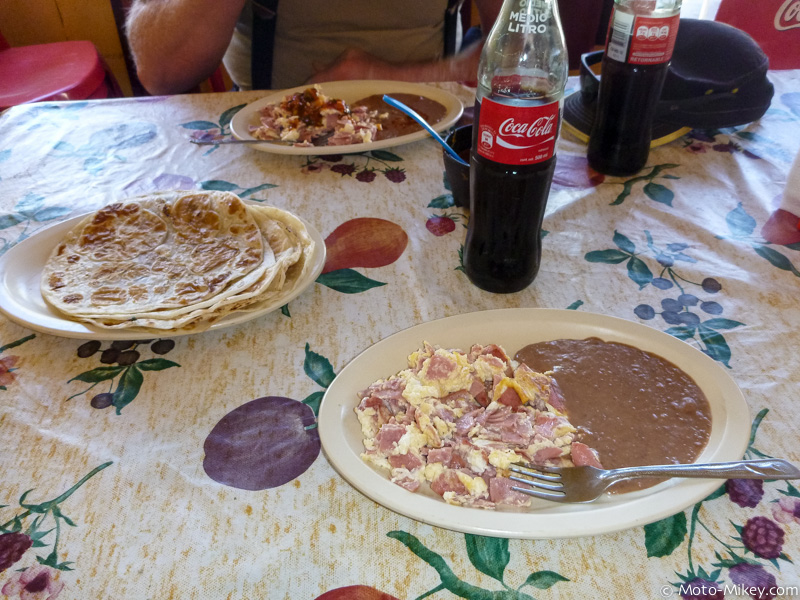 We continued riding South towards MEX16 and occasionally rode through some small towns. Not many gringos in these parts.. 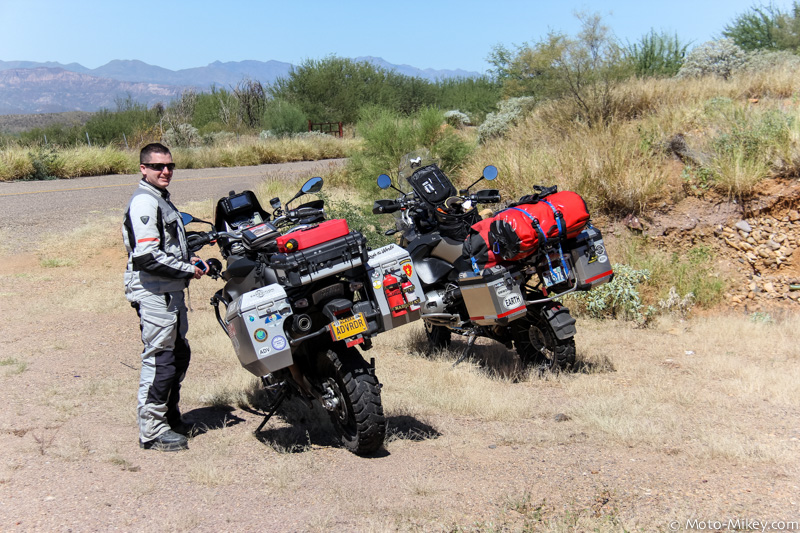 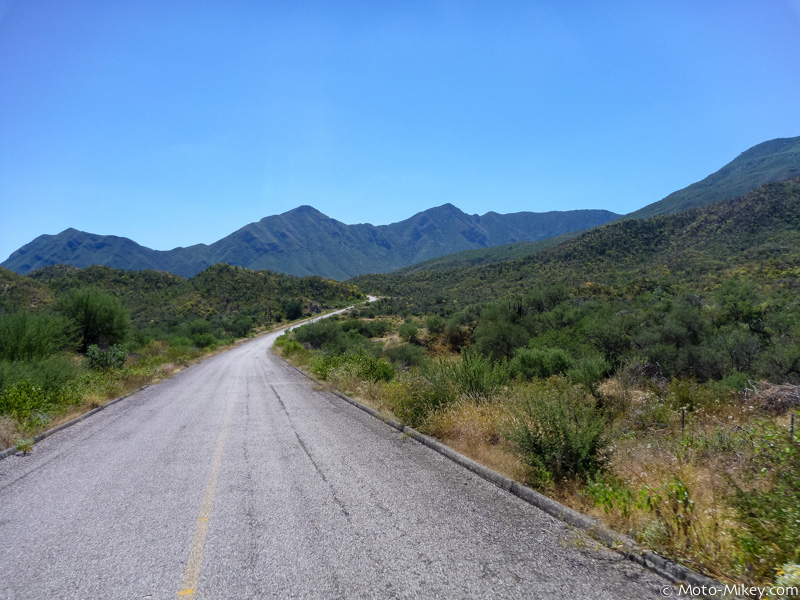 It was starting to get fairly hot by mid day, so we would stop occasionally to drink water and seek shade. Ariviche was a nice little town we stopped in that had an interesting central plaza and cool looking church. We hung out there for about an hour taking pictures and enjoying the shade. 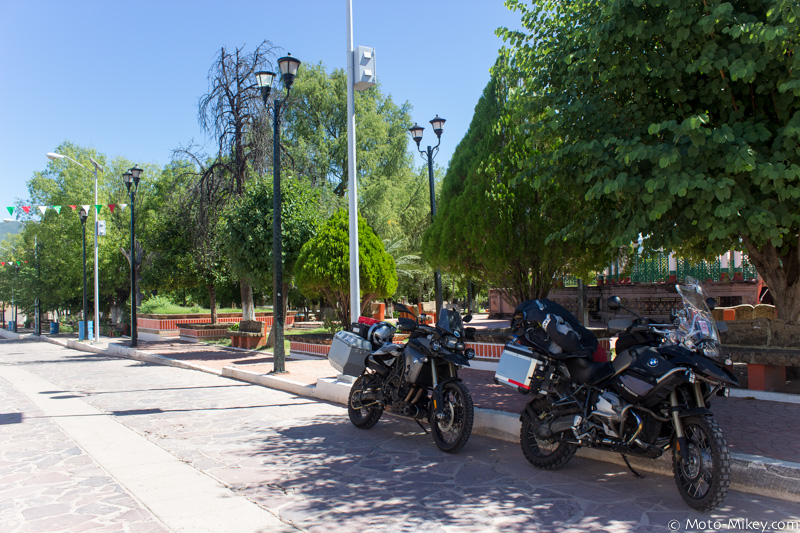 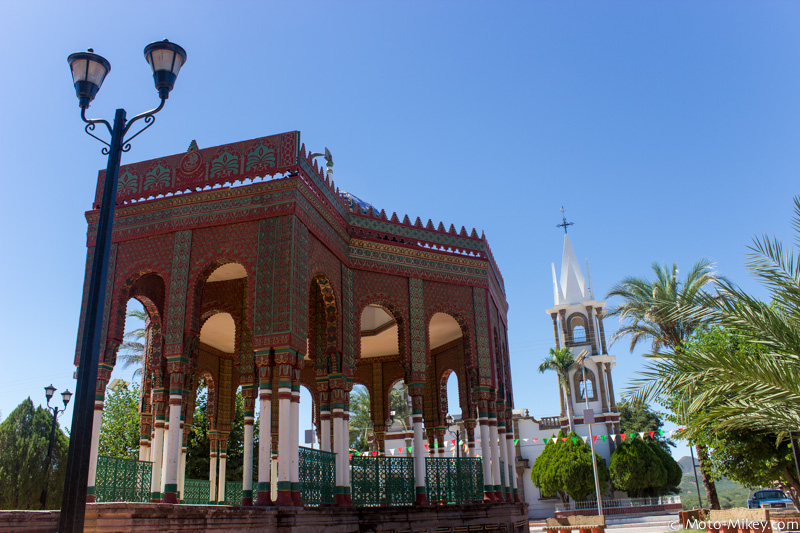 The road South from Sahuaripa starts to become much less traveled and the surface is littered with pot holes. Sections of road washed out, 1-2 stream crossings, and lots of rubble on the road from rock slides keep the ride very interesting.. it was actually pretty fun for those looking to be a little adventurous.

We made it to MEX16 which goes from Hermosillo in the West to Chihuahua city in the East. It’s a VERY twisty road as it goes through the Sierra Madre mountains. Many people compare it to the Tail of the Dragon and they would be right.. only it’s about 20x as long.

We also went through our first military checkpoint of the trip. It was pretty quick and easy. They asked they usual questions of ‘where are you coming from’ and ‘where are you going’ and then did a quick check of our panniers. With a wave we were gone.

We arrived into Yecora which had been our goal for the day around 1600 and went to one of the hotels listed in my Mexico/Central America guide book I had with me. It’s written by a fellow on ADVrider who has been riding around Mexico for the last 20 years.

This place was fairly basic but overall clean. It had secure parking which is one of the most important things. It was also within my budget at only 250 pesos ($18)/night. 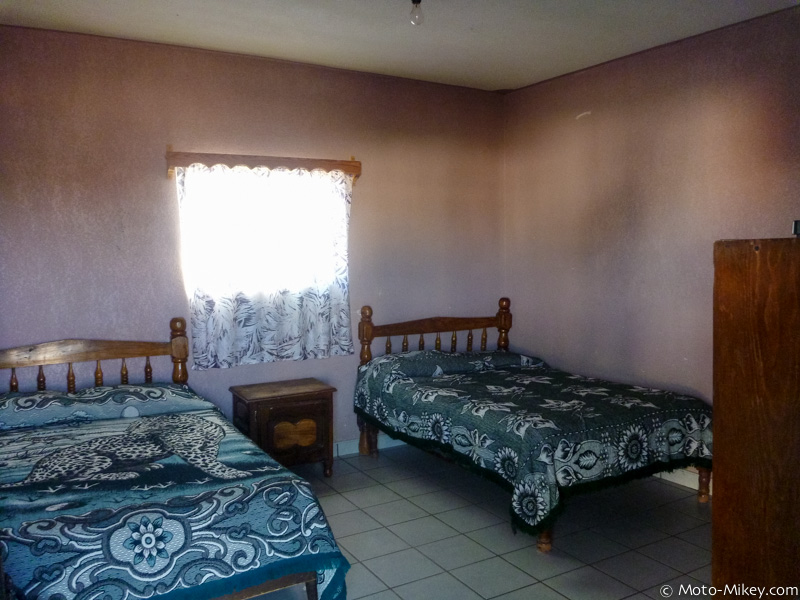 After getting unloaded, we rode around town and grabbed dinner at a local restaurant. Another set menu meal for dinner: 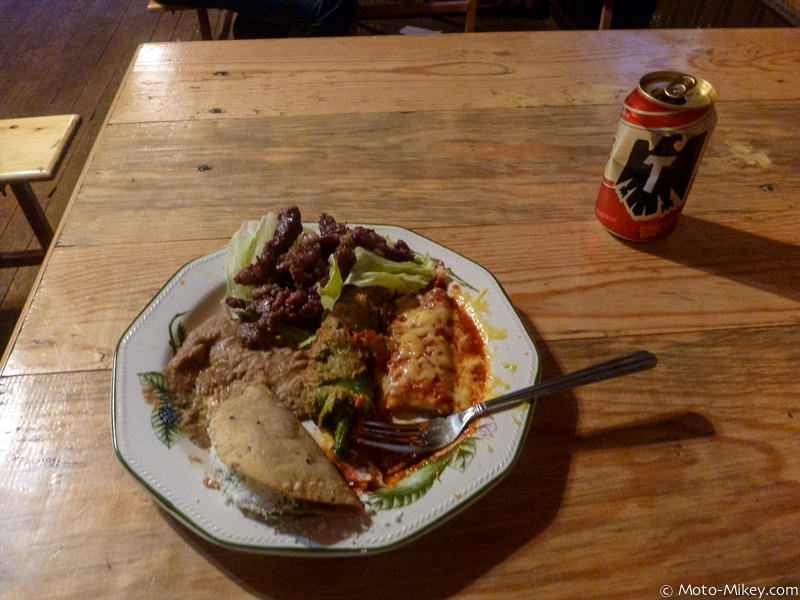 One Response to "Day 39: Sonoran back roads"