As usual, I was up fairly early and rode into town to check it out. I did a quick loop around while looking for a cafe or diner to hang out and sip some coffee. It was a dreary overcast morning with light mist so I wasn’t in a rush to get going, especially since today would only be about 250 miles of riding. I stopped at Old Town Burger, as they were actually the only place I found that was open at 0730 and looked like they had people inside. By the name of the place, it doesn’t sound like somewhere that would serve breakfast or have coffee. However, they had both and it was great. The servings were huge. My set menu breakfast consisted of a 4 egg omelet with veggies, about a kilo of hash browns, 3 strips of bacon and 2 pancakes. So yeah, it was a ton of food and all for about $10 which isn’t bad for Alaska. I ate about half and boxed the rest for lunch later on.

On the way back North I stopped at a few places that I had skipped on the way down. There are so many waterfalls in this area. This is just one of them: 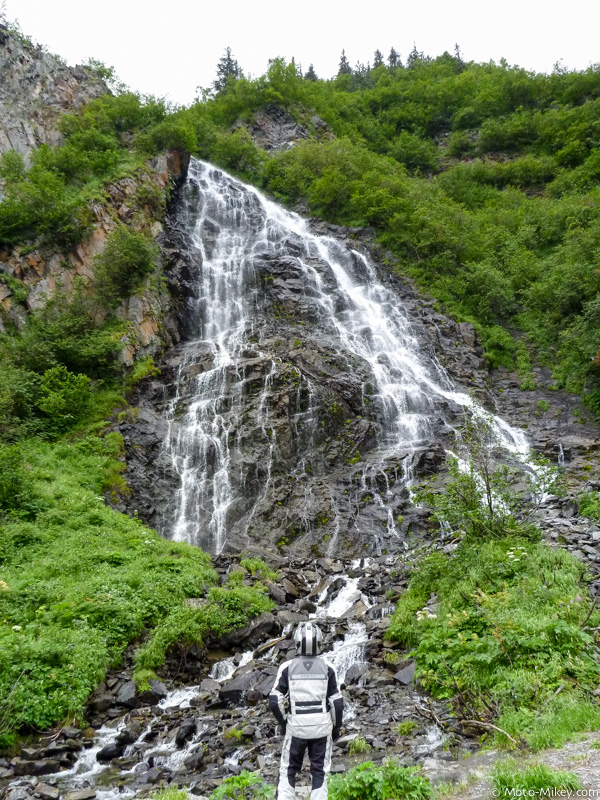 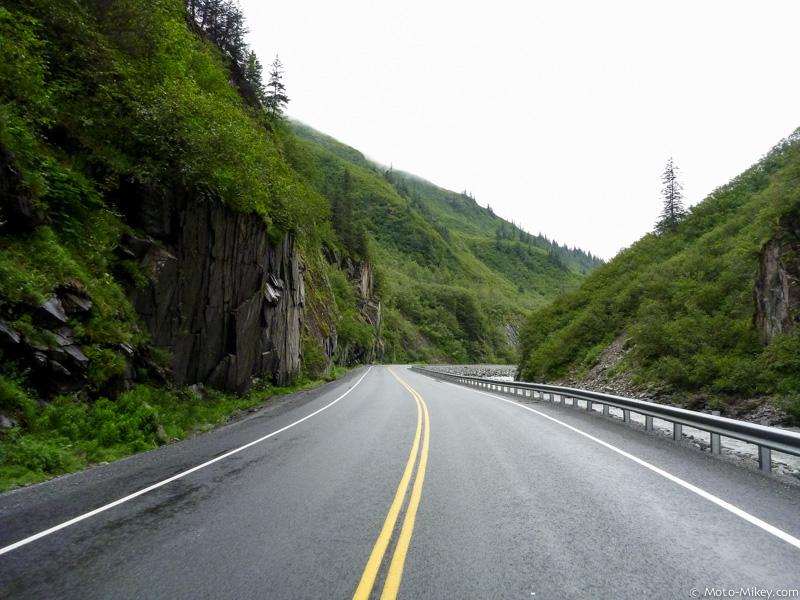 Once I go out of the mountains, things started to warm up again. It had actually gotten a little bit chilly while riding since the air was not only cold but also wet. 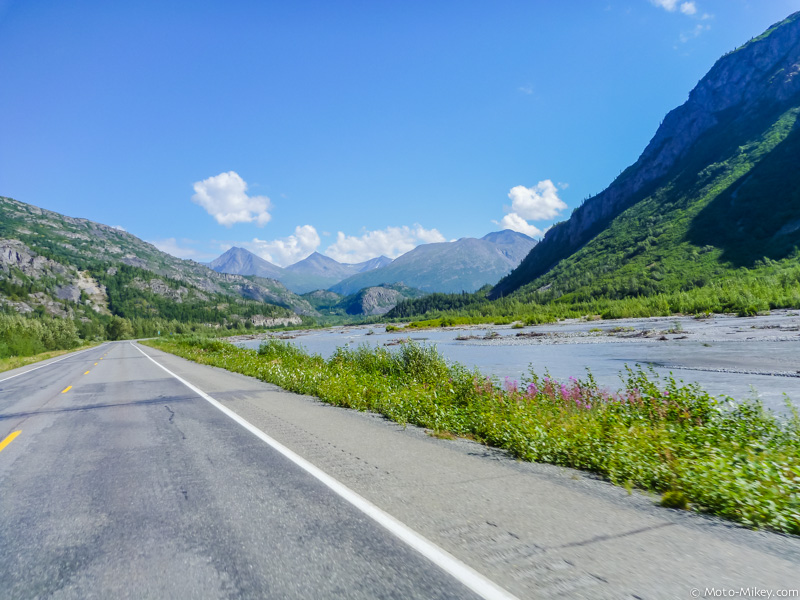 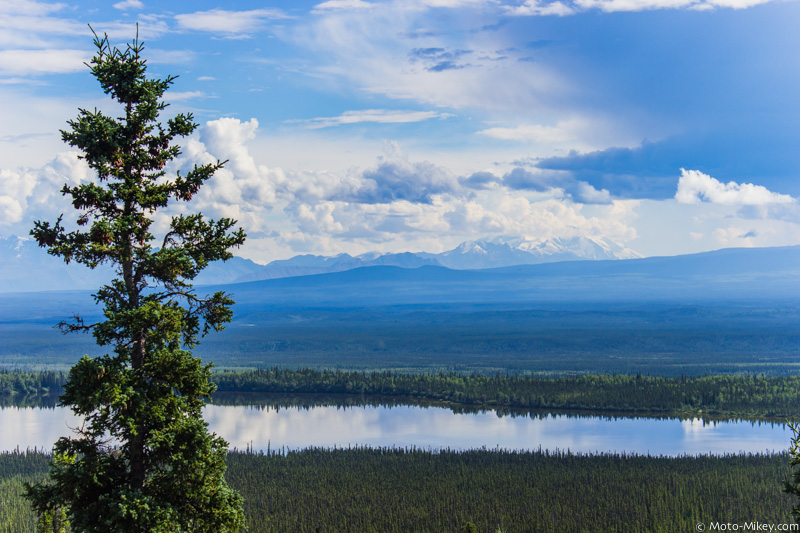 Back in Glennallen, I gassed up and chowed down on my left over breakfast. I hung out around the visitor center for a bit enjoying the warm weather and talking with a few other bikers. Back on the road riding towards Tok was mostly uneventful. I hit 1-2 spots of road works and a little bit of rain. I have ridden this road 3x in the past 2 months, so I suppose it was old news to me even though it’s still scenic. At one rest stop (to take a leak

) I noticed wild Raspberries growing about 15 meters off the road, so I hobbled down the slope and picked a few to snack on. They were yummy. 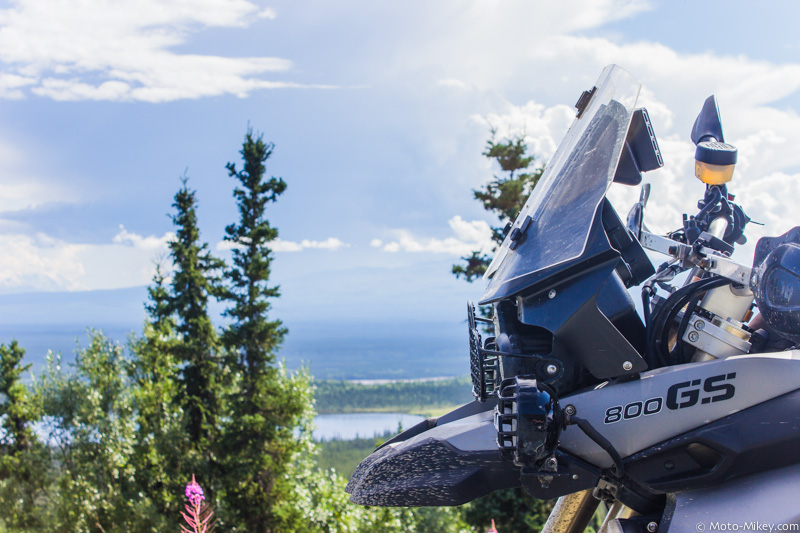 Once I got to Tok, I had to decide.. was I going to camp (the plan) or get a hotel room. I wanted to camp to keep costs down and had only been on the road 2x days, so I wasn’t too smelly yet 😆 However, the weather forecast was calling for a 60% chance of rain in the late evening and I had already hit some rain just South of Tok. I ended up getting a hotel since I really didn’t want to have to deal with packing up a wet tent the next morning. I then went over to Fast Eddys for dinner. I had fried Halibut and an Alaskan Amber beer since this is the last time I’ll likely ever see them offered at a restaurant again 🙁