A long ride today from Manaus to Boa Vista. It’s 750km of tarmac through a relatively flat landscape without much to see except for crossing over the equator. Our friend Brasil showed us the way out of town and we were on the road by 0700. 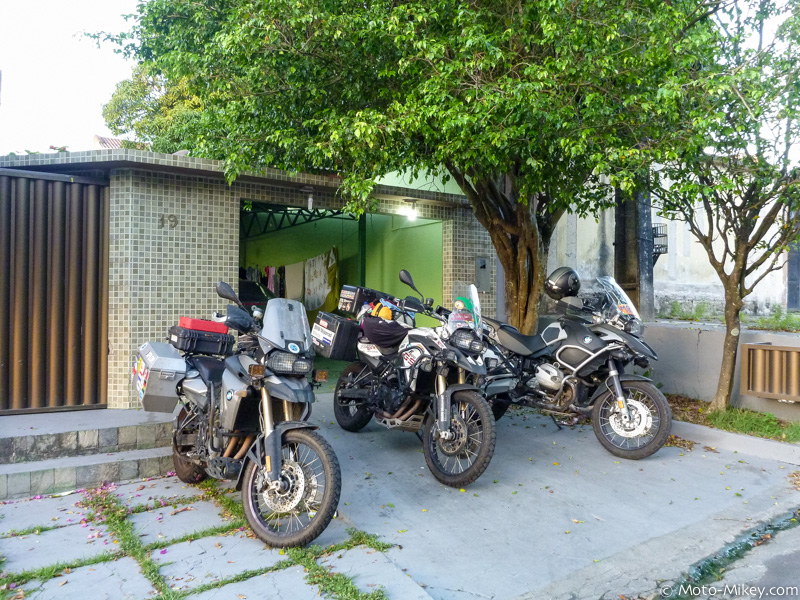 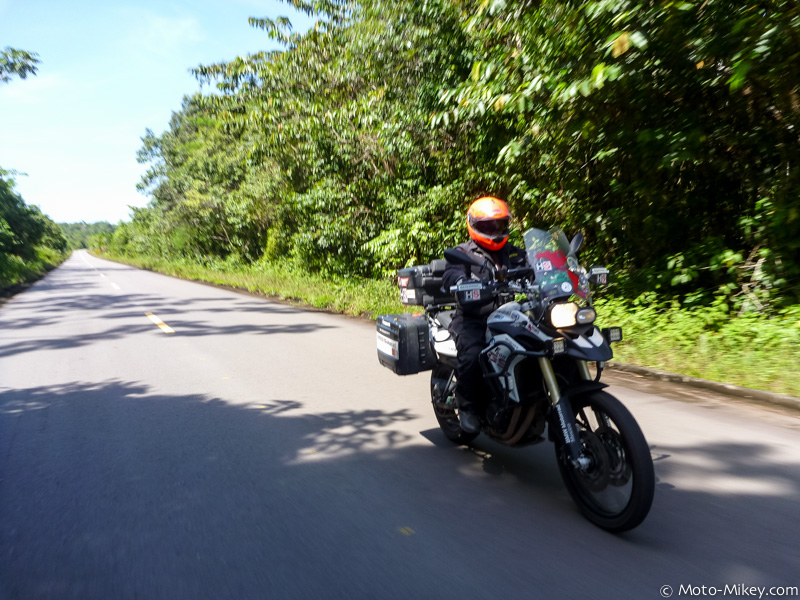 We passed through a few Indigenous Indian reservations. All the areas had signs about not stopping and to not take photos.. so naturally we stopped and took photos. 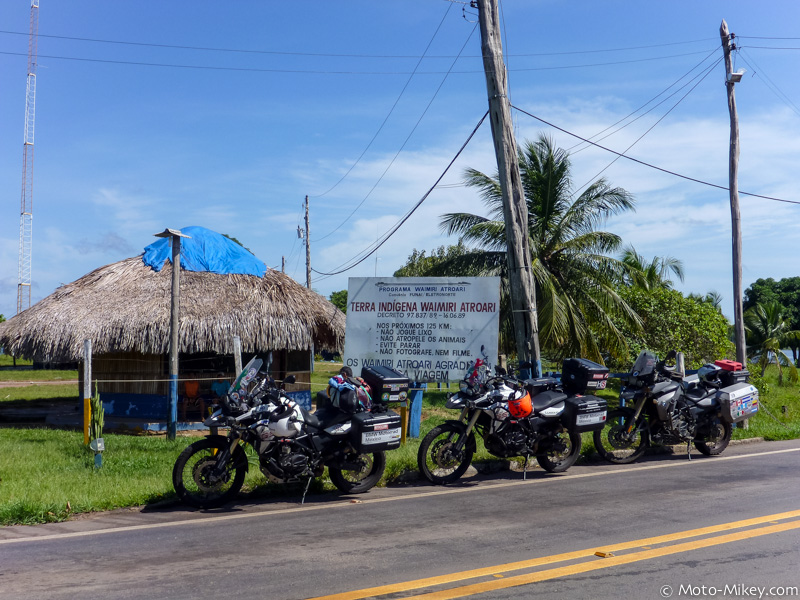 We stopped at one spot where there were a few huts and it looked some-what touristy. Inside were some local handcrafts for sale. Ernesto bought a bracelet.. it helps support the locals who don’t have much of an income or support from the Brazilian government. 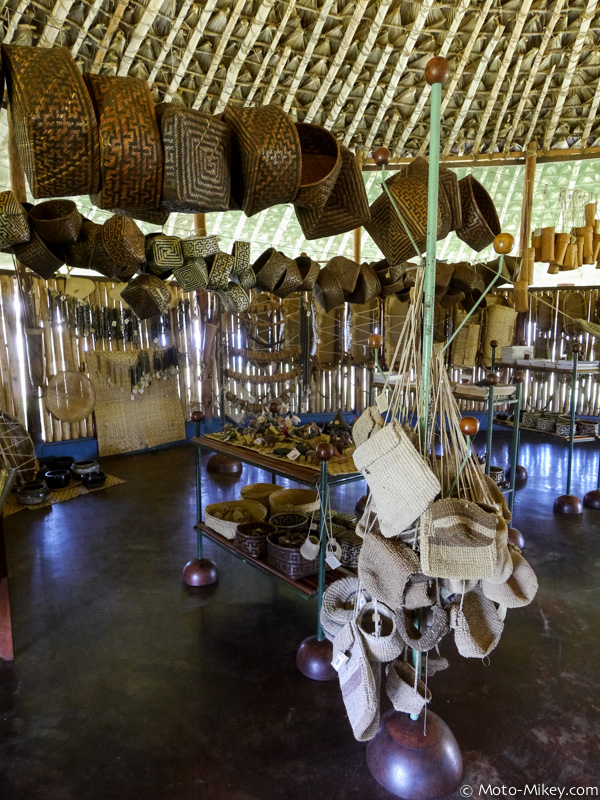 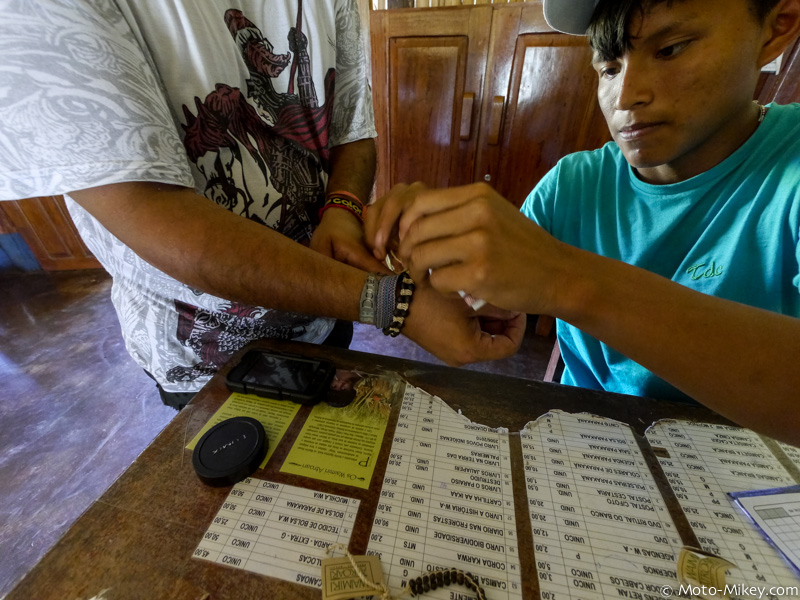 Crossing over the equator. This location isn’t very well kept and not as touristy as the one in Ecuador.. still cool though. 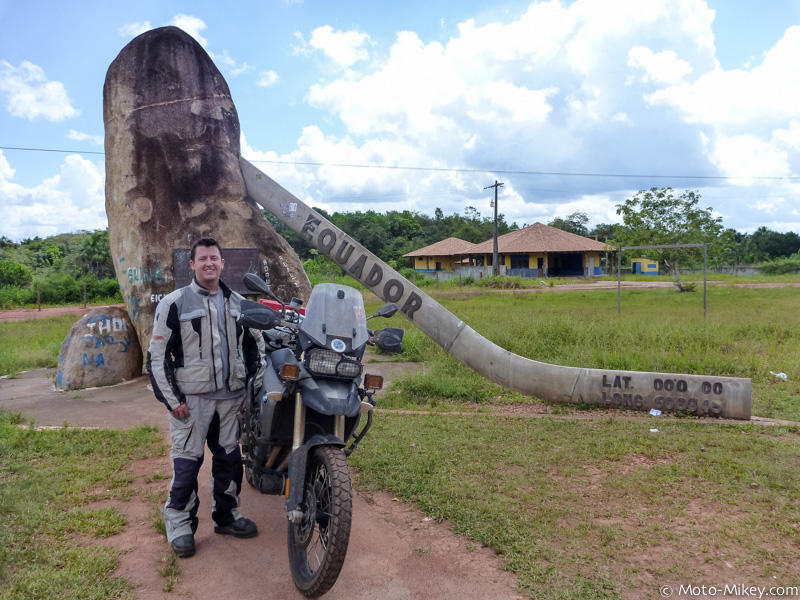 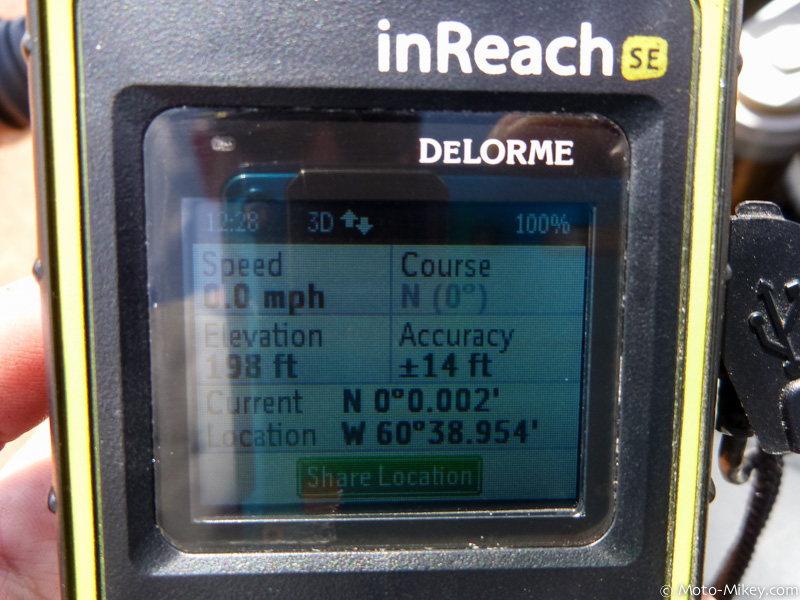 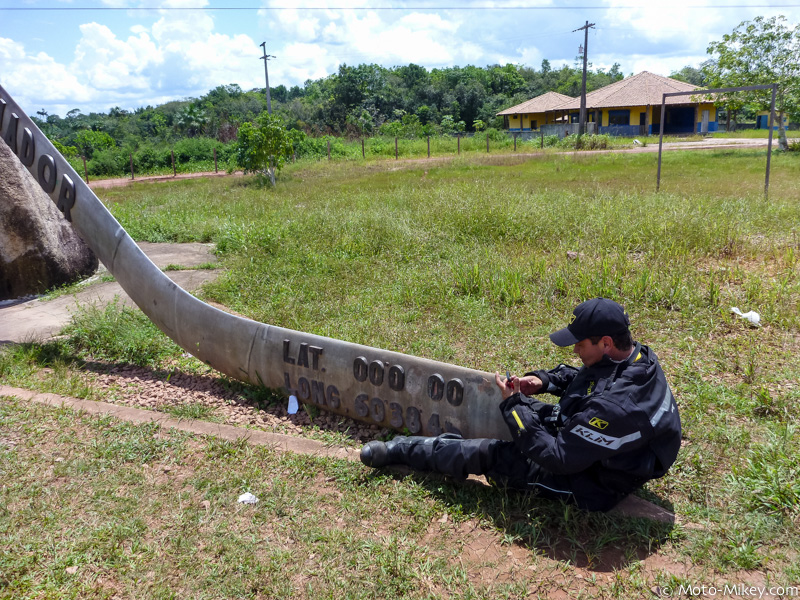 Cool looking Land Cruisers. They were loaded up as if on a big expedition. 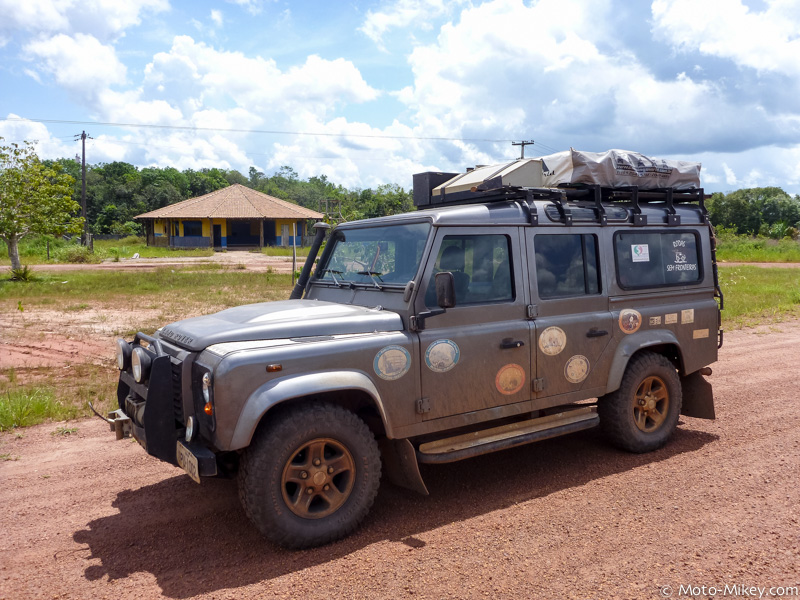 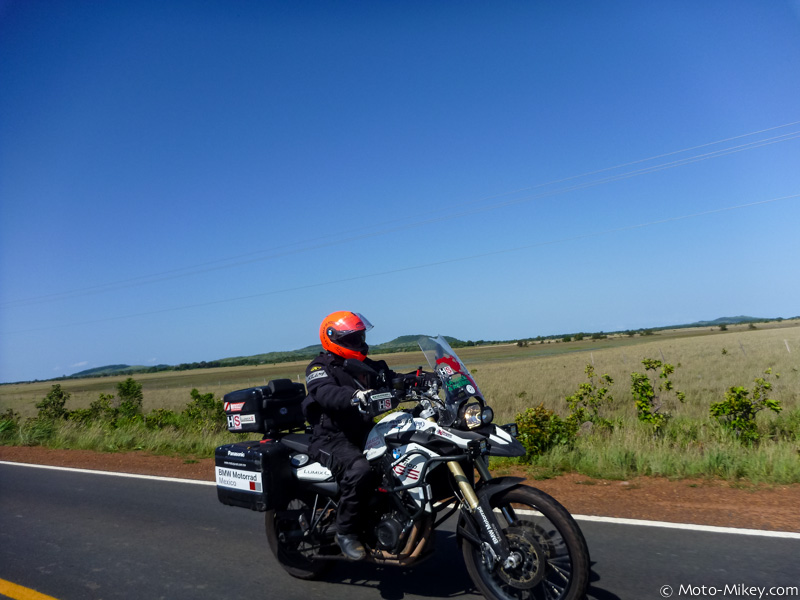 We made it into the the town of Boa Vista which is the last town before the border with Venezuela. We stayed here for the night and would tackle the crossing in the morning. 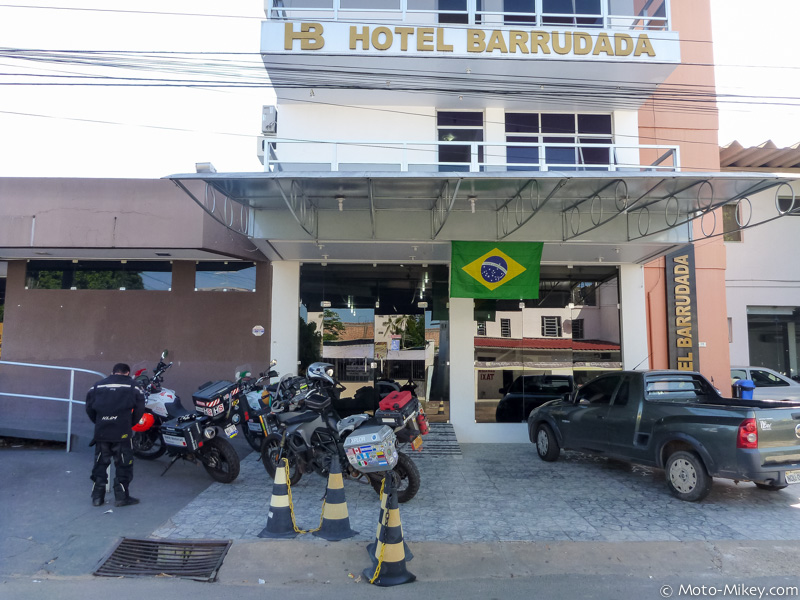 The border crossing was pretty easy. On the Brazilian side, simply get a stamp in the passport and your done. No having to deal with exporting the motorbike since vehicles are no longer temporarily imported.

The Venezuelan side was fairly easy too. Getting myself in was super fast.. less than a minute. No problems either considering that I’m American and well.. the Venezuela government isn’t exactly pro-American. Importing the moto was a bit more of a pain in the ass. Aduana won’t issue an import permit unless you already have Venezuela insurance. So we rode into the next Venezuelan town and purchased insurance and then back to the border to get our permit. A year of moto coverage only cost $20. Not a difficult border, just slightly annoying. After getting our TVIP, we rode back to Santa Elena and found a hotel for the night.

For those who don’t know (probably the majority of people), Venezuela’s economy is really screwed up.. like seriously bad. This country makes Argentina look like a super star. The local currency, the Venezuela Bolivar, has an average inflation rate of around 25% annually. That’s crazy. What this means, is that the Bolivar is practically worthless and people try to convert there savings into things that are more stable such as the US dollar or even used cars. Yes, only in Venezuela is buying a used car considered an investment. Like I said, sheer craziness.

This makes the dollar incredibly powerful here, especially since the government has imposed a limit on the amount of dollars that are allowed into the country. This means that for travelers with access to dollars, the country is very very cheap. I exchanged US dollars back in Rio de Janeiro specifically for spending in Venezuela.

Just how cheap? Well maybe this will put it into perspective. The below photo I took is the equivalent of about $90 USD. Those are 100 BsF notes, the biggest note in circulation. Five or maybe ten years ago, that would have been worth thousands of dollars. The official rate set by the VZ government is 6 bolivars to 1 dollar. If you go to an ATM or bank and withdraw money, this is what you’ll get. However if you (illegally) exchange dollars on the black market like we did, you’ll get 70 bolivars to a dollar. That’s not a typo..Seventy! Venezuela just became 11x cheaper. Okay, enough about the economy. 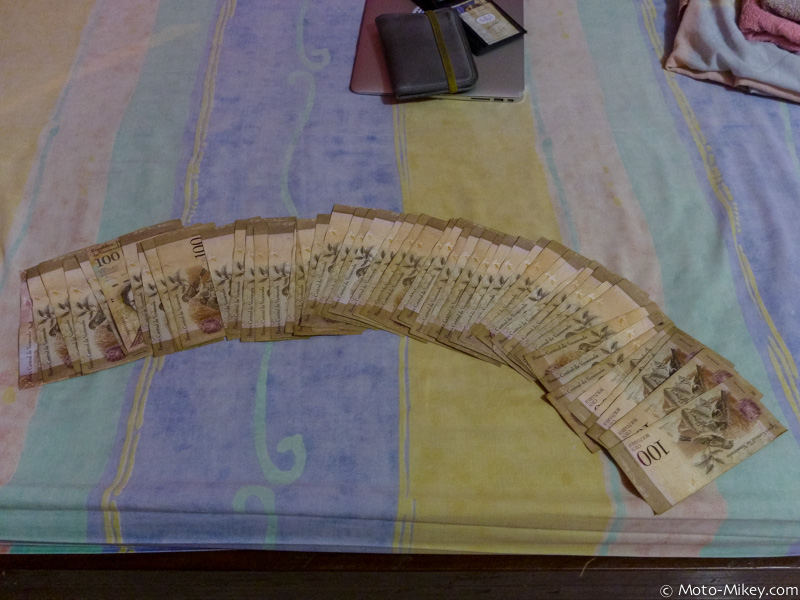 We decided to hang out in Santa Elena for another day and explore a few of the local parks in the area. This part of Venezuela is known as the Gran Sabana and is probably the most touristy part of the country. Lots of cool waterfalls (including the worlds tallest) and more beautiful scenery. 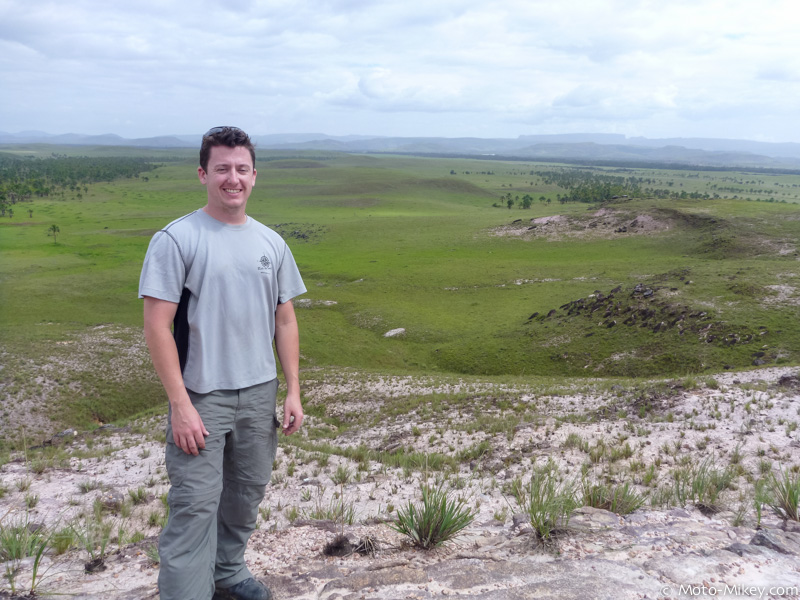 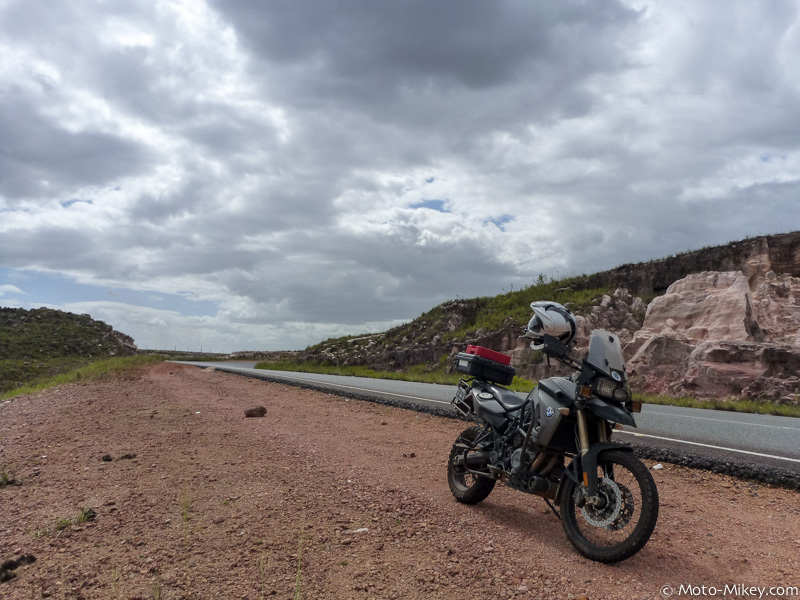 We met a couple of Venezuelan girls who were backpacking around the country and they joined us for a day of hiking around country side. 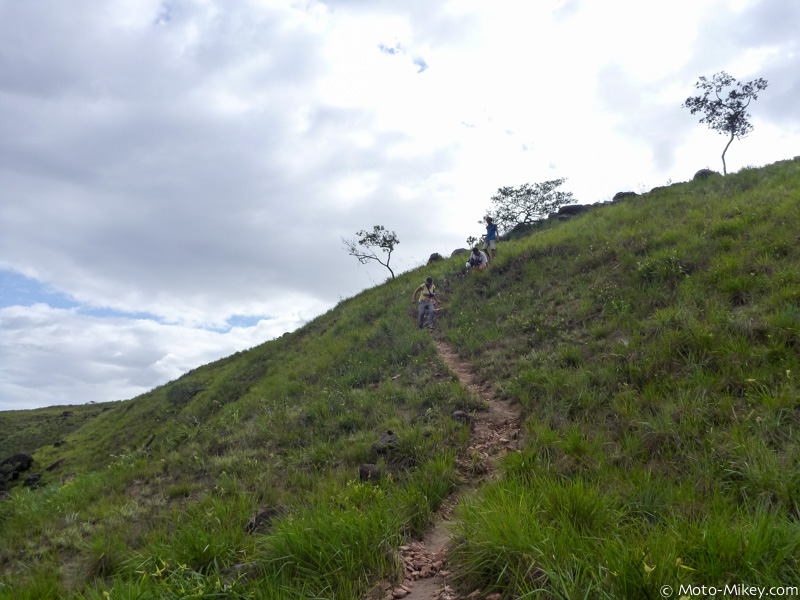 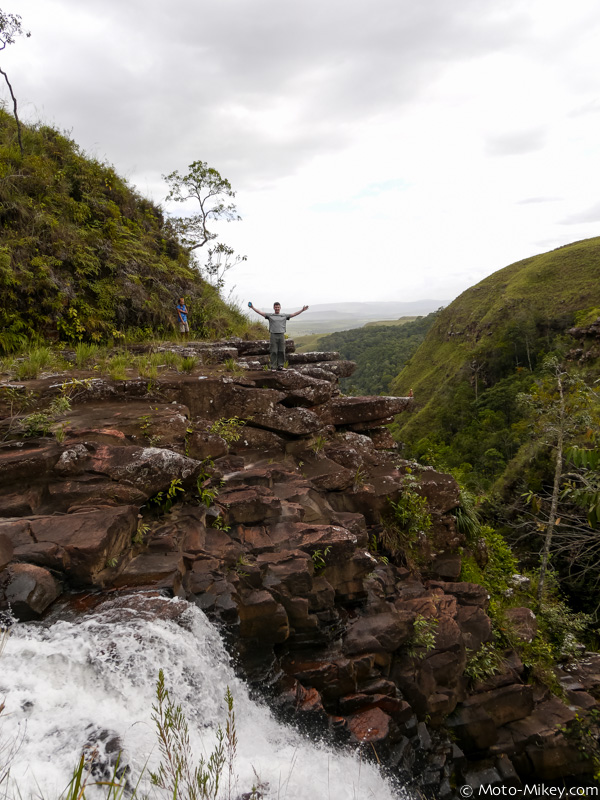 Tomorrow, we’re back on the road and further into Venezuela. Destination: Ciudad Bolivar and the world famous Angel Falls.