A few more days of traveling along the Amazon River on my way to Manaus.

Kids in these parts learn how to swim and paddle a canoe just as early as they learn to walk.. it’s just part of growing up here. Pretty crazy from a Western perspective, right? 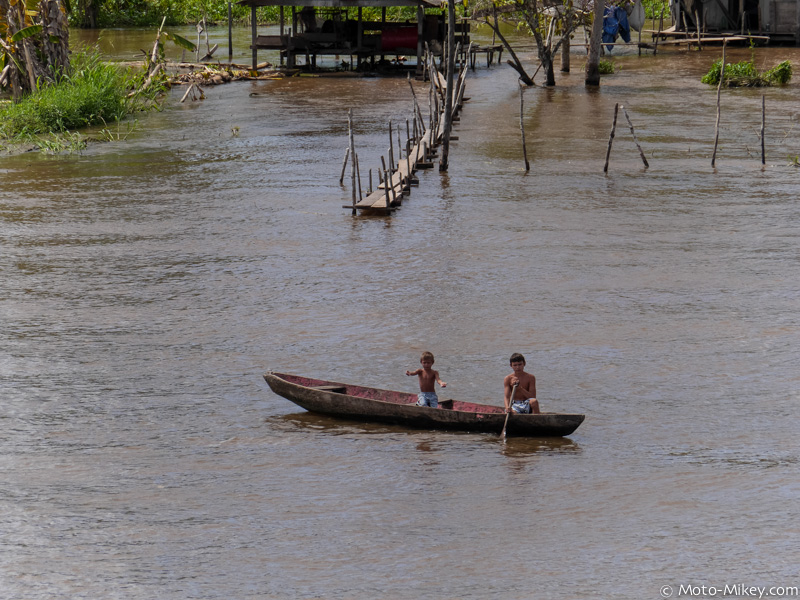 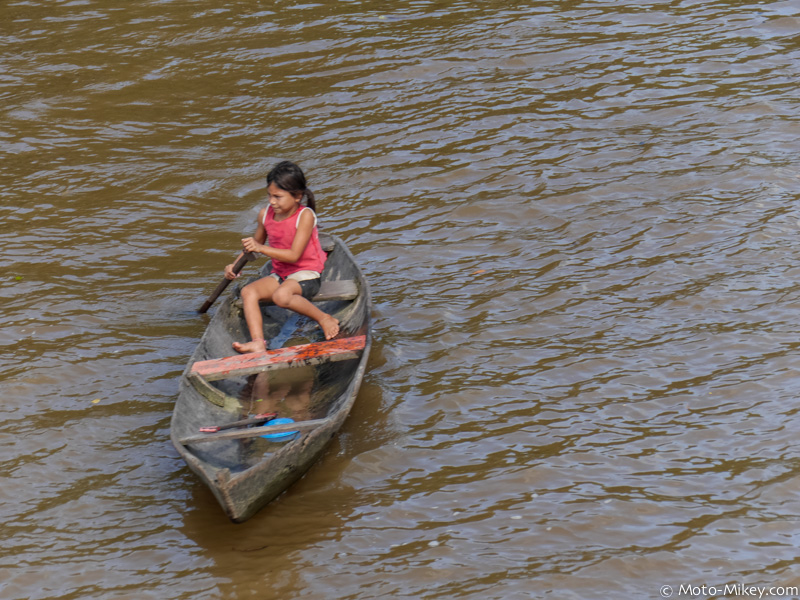 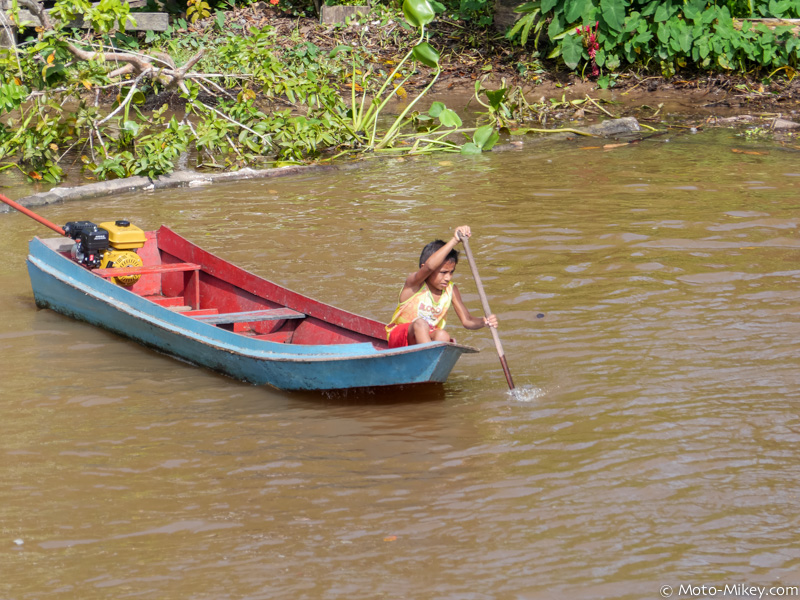 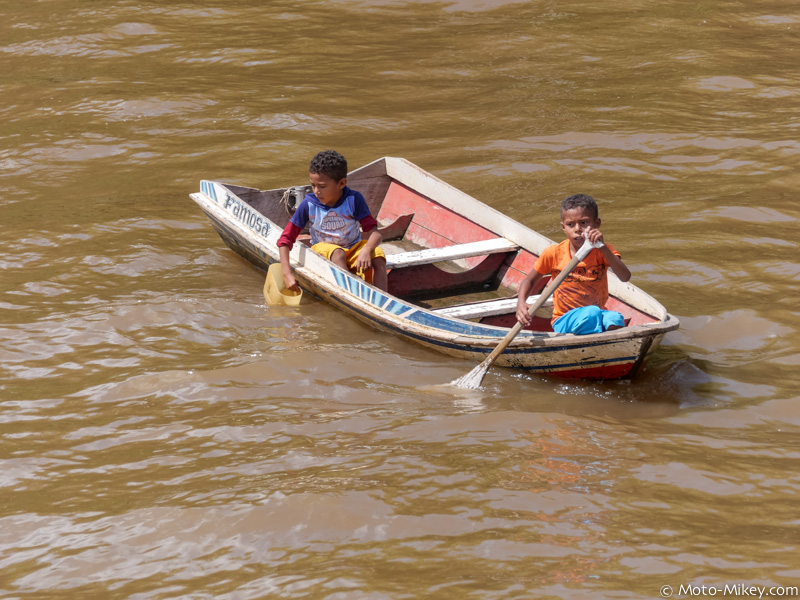 Meals on the ferry were decent considering the circumstances. For breakfast every day I ate the ‘basic’ option for $1, which was just a cup of coffee and a decent size piece of bread with butter/jam. For lunch (about $7USD), I usually had the buffet which was comprised of rice, beans, chicken, stewed beef and salad. It was the same thing everyday for lunch but it was decent. I brought snacks with me on board (crackers, Nutella, and cookies) so that was nice treat. The bar/snack bar also served grilled sandwiches which I usually had for dinner along with a cold beer. 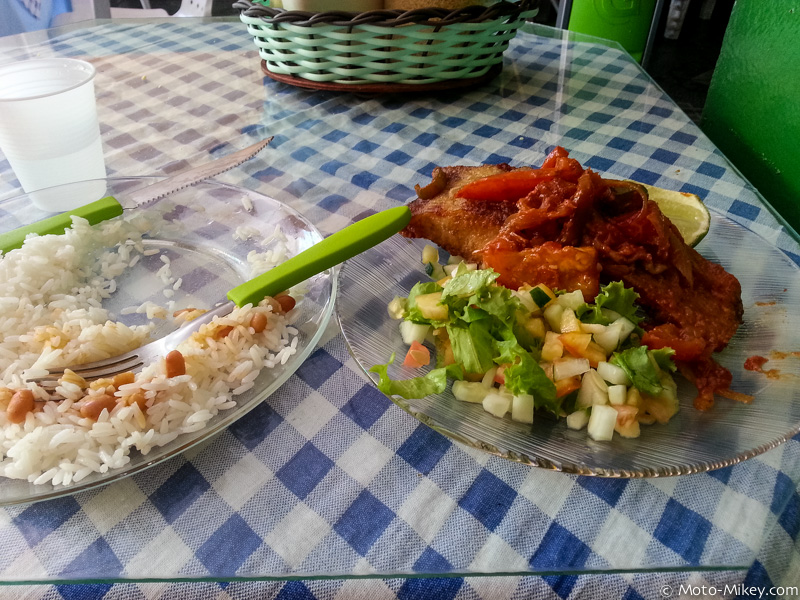 At some of the village/town stops, I bought food from the locals selling on the dock. This is a better deal and most of the people on board purchased their meals this way. You usually got a few different options and it was about half the price. 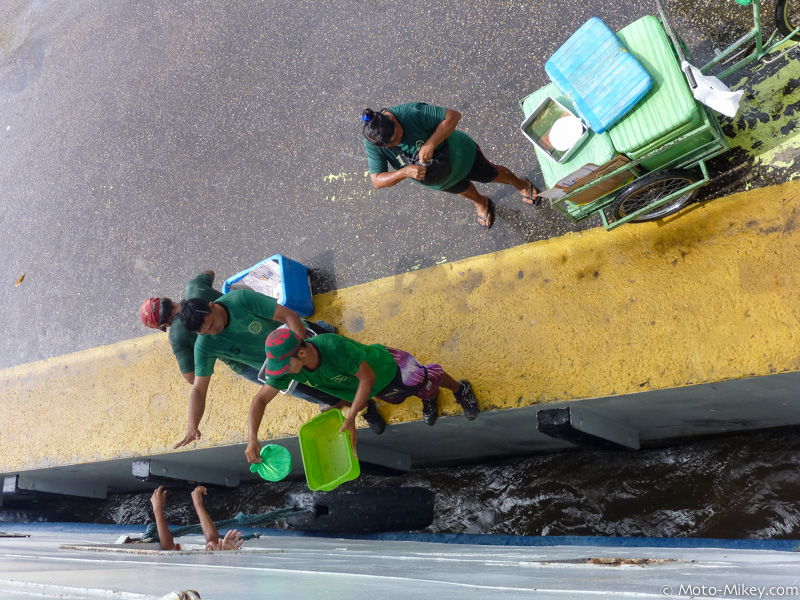 Here’s some of the stuff I scored at one of the stops. The things in the bags are little mini cup cakes (sans frosting). They were pretty good. nom nom nom. 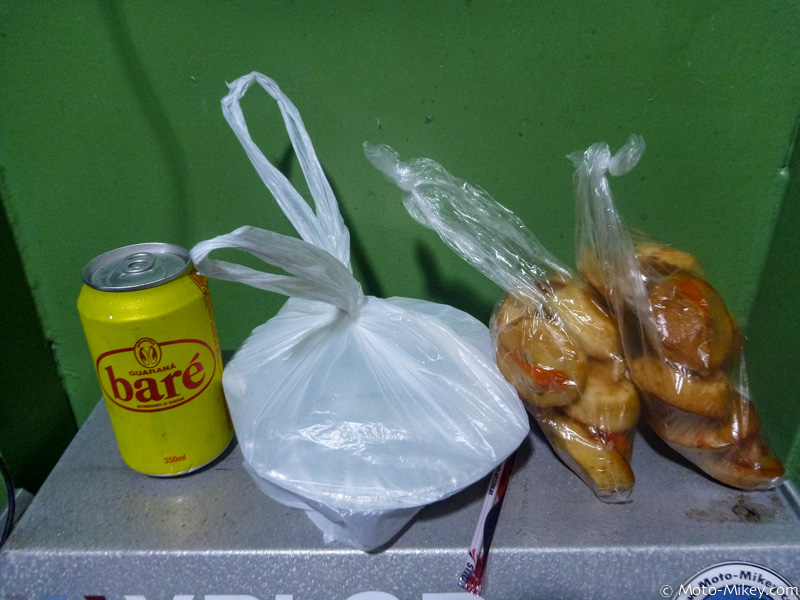 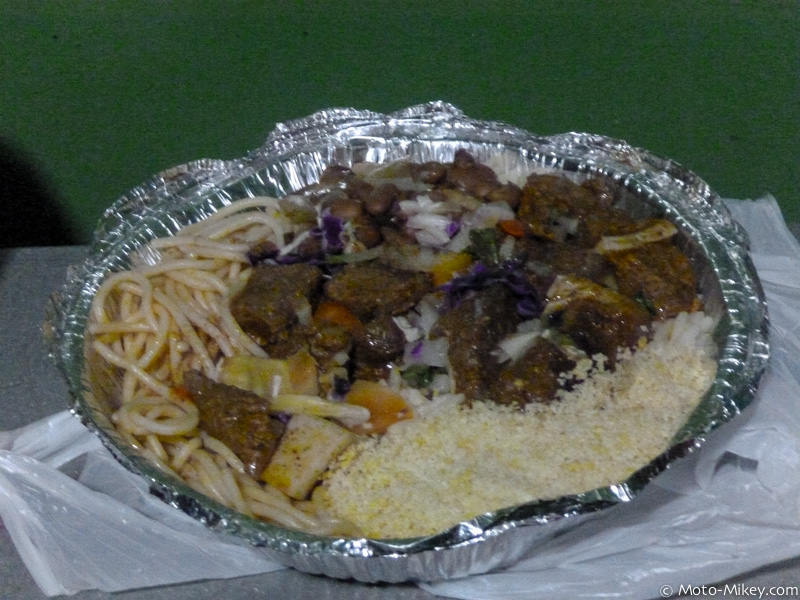 Some more photos from life along the river: 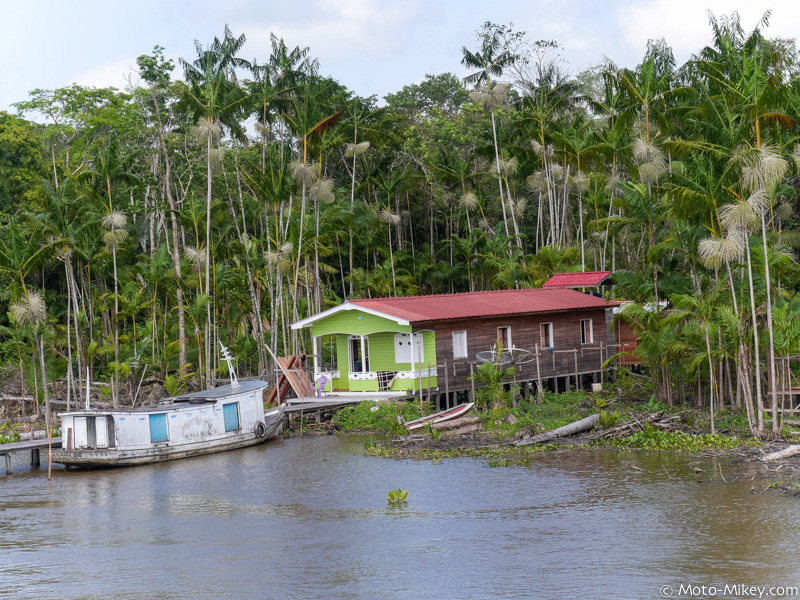 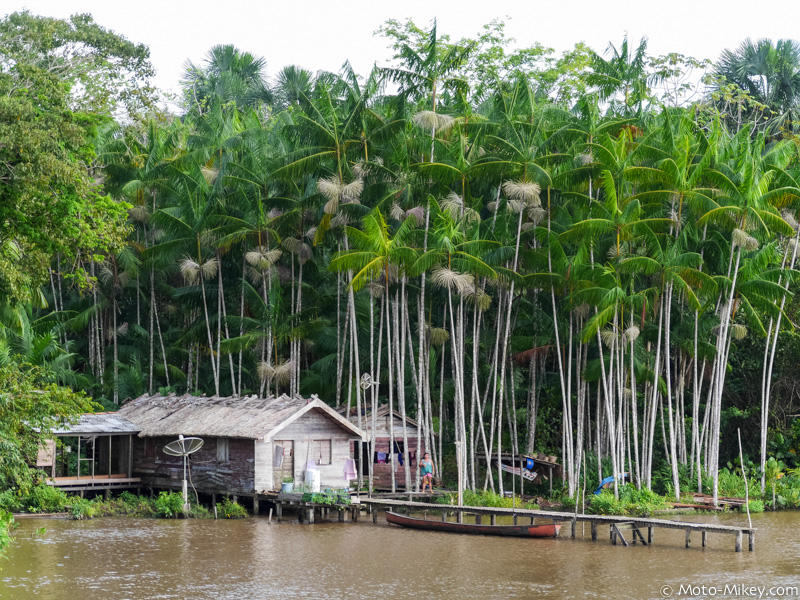 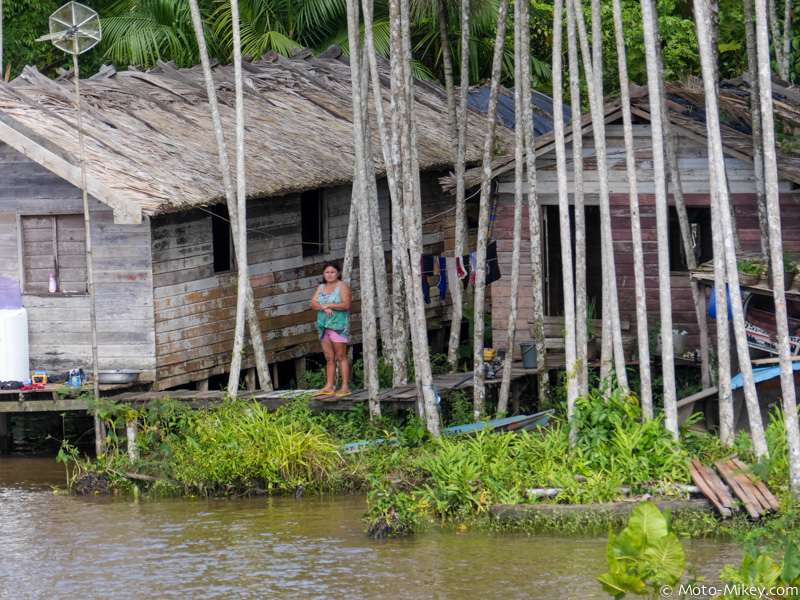 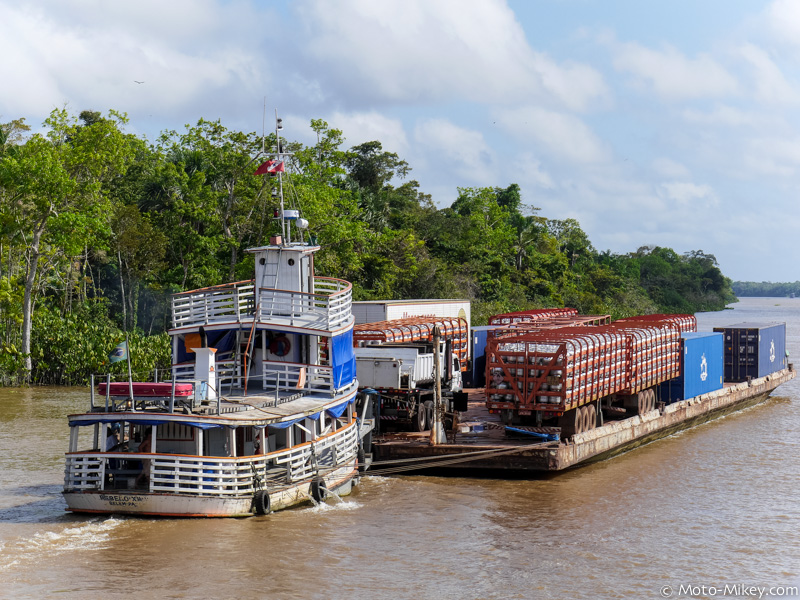 Some of the locals along the river paddle out and hook up to the ferry as it passes by. The climb on board to sell things and usually beg for money or food. 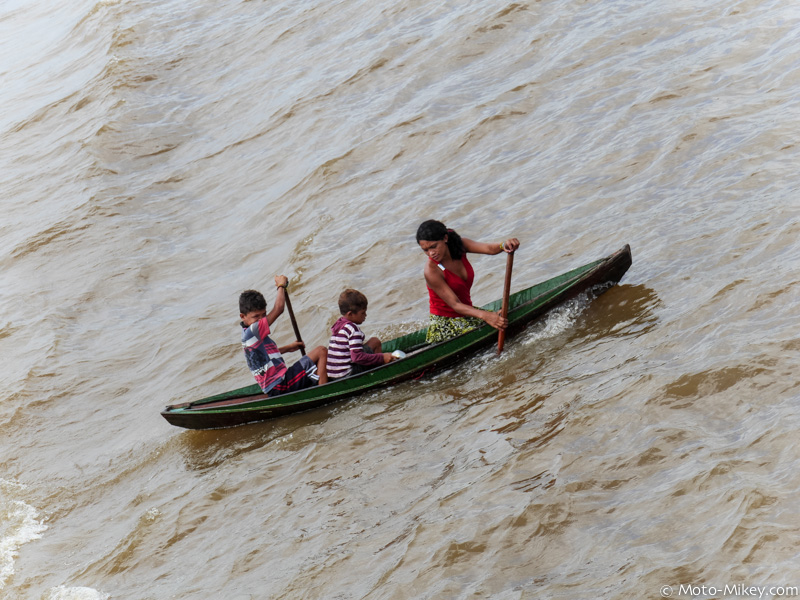 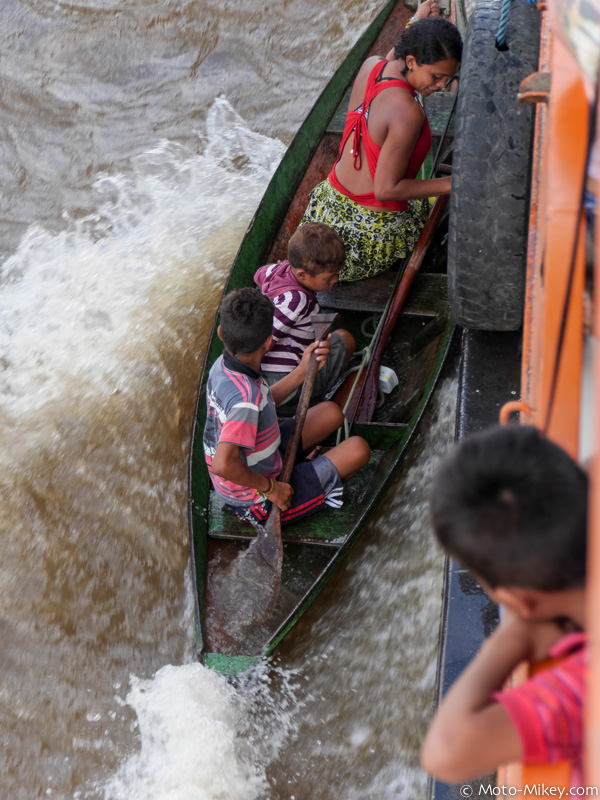 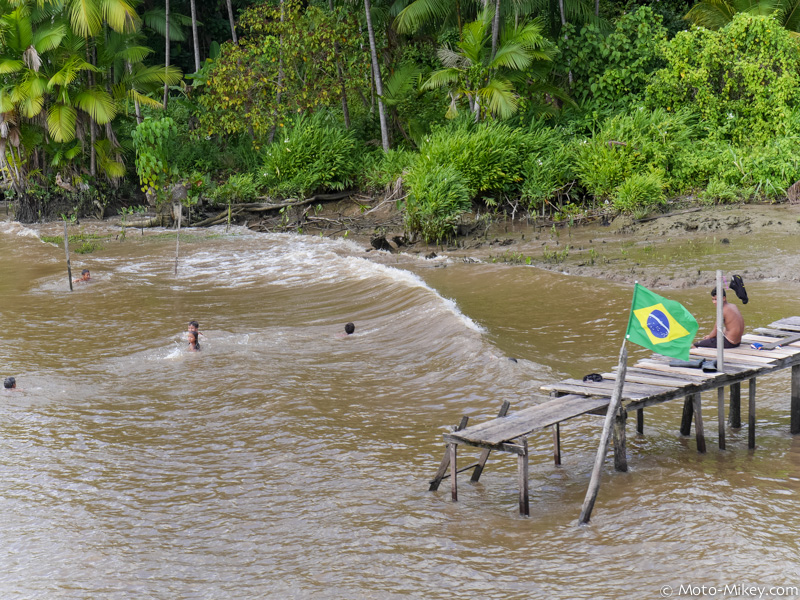 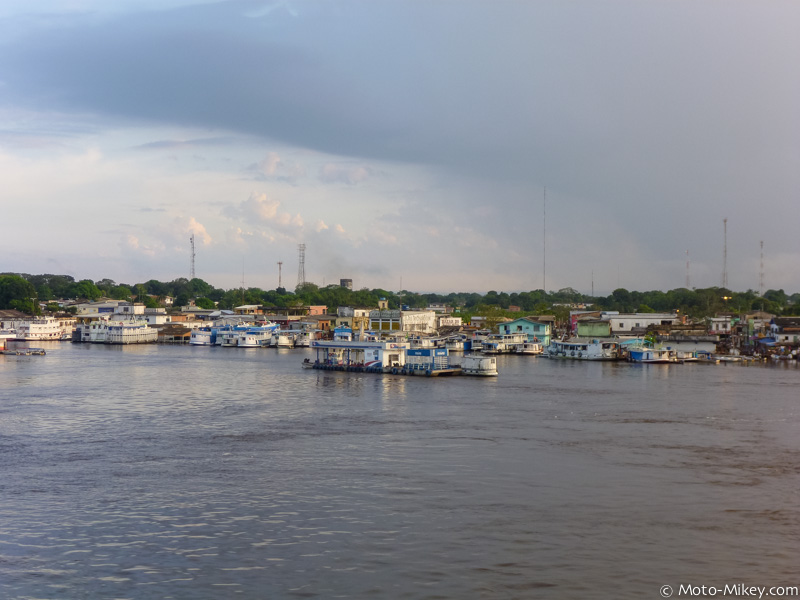 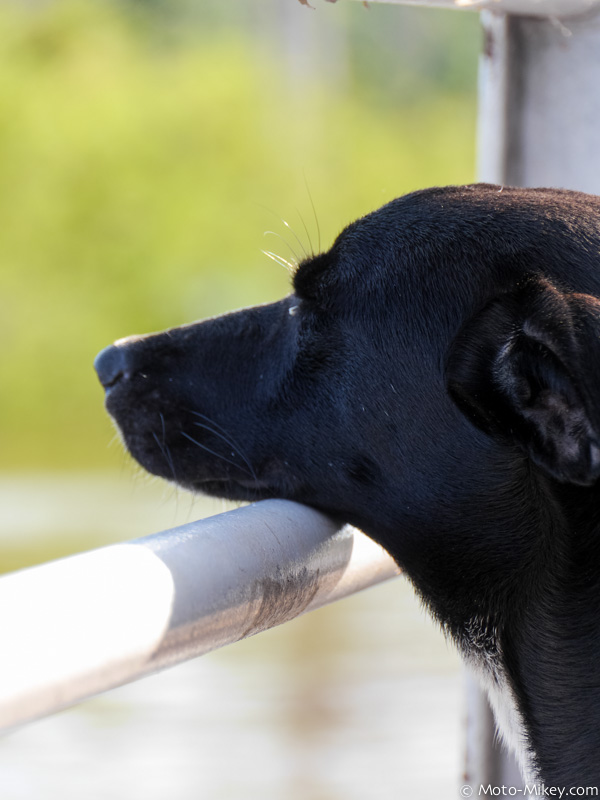 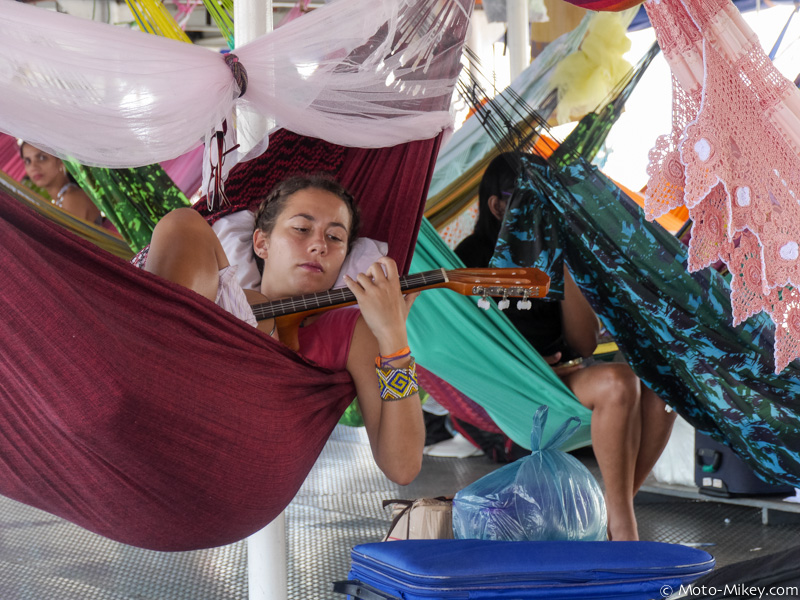 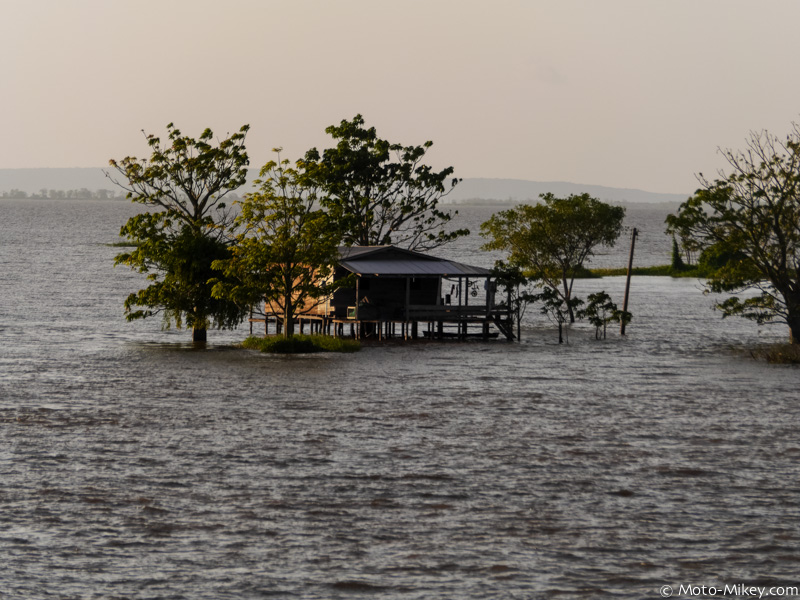 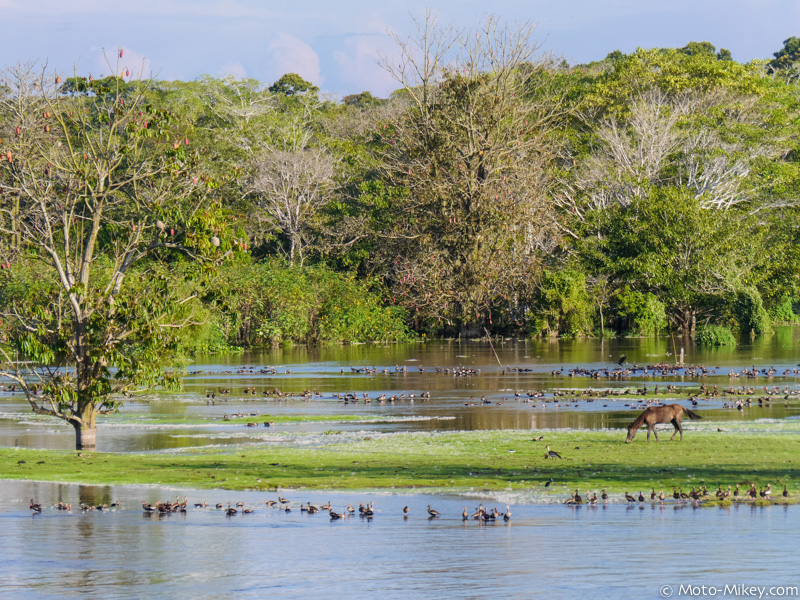 We made it into Manaus around 2300 at night, so I asked to stay on board for an extra night instead of disembarking and attempting to find a hotel in the city. The next morning, after waiting around for a little bit, the crew unloaded my moto and off I went into the massive city of Manaus. 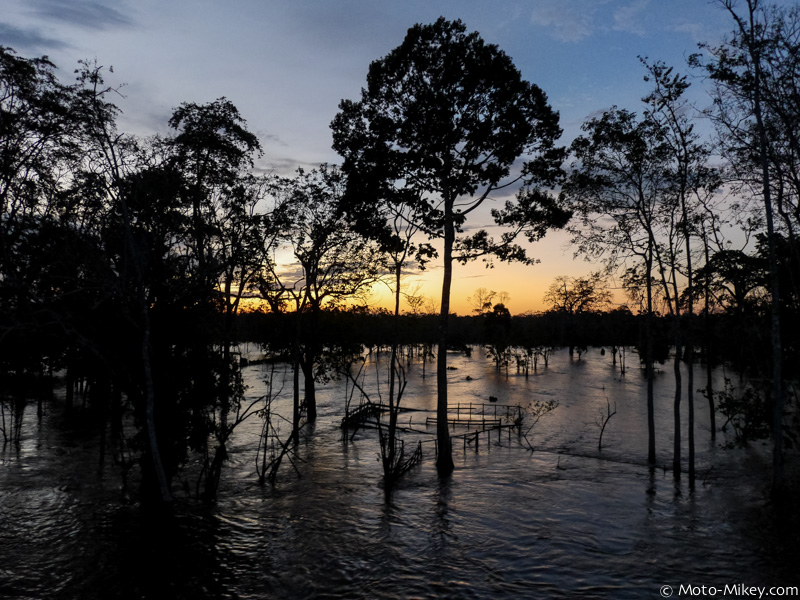 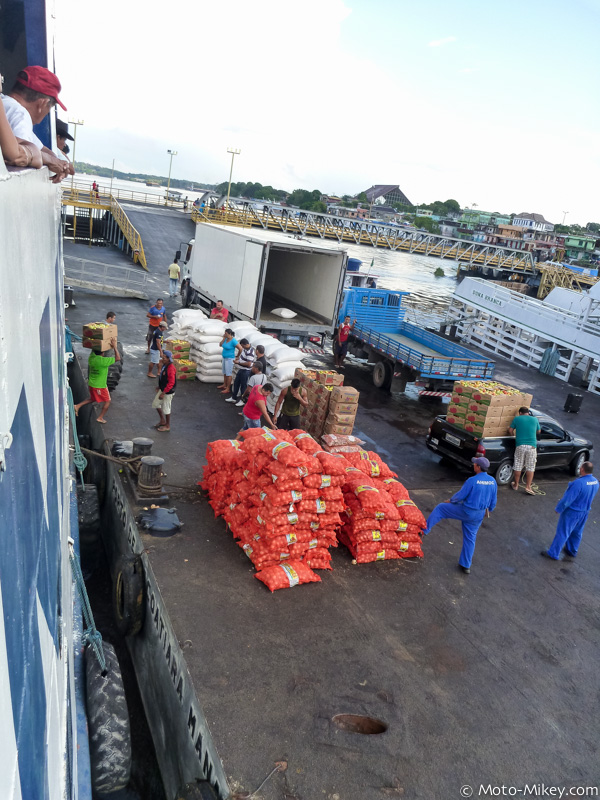 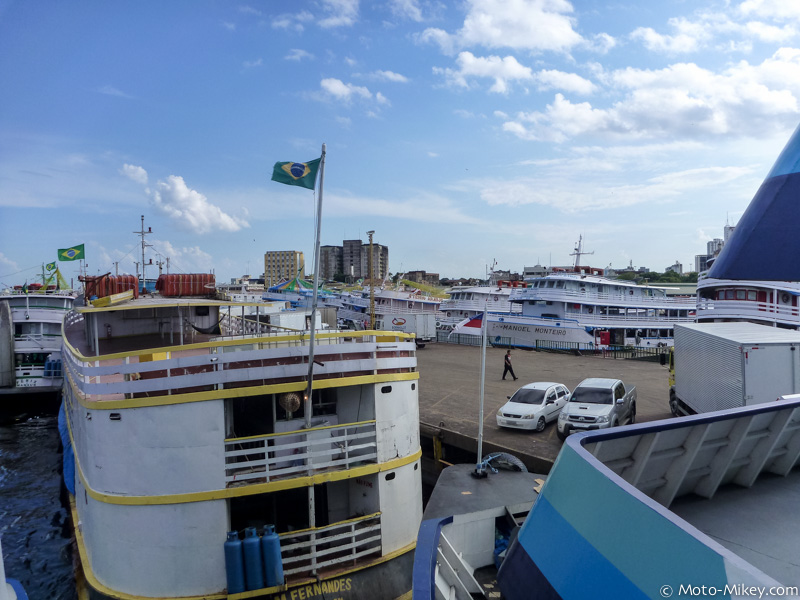 Overall, my trip up the Amazon River was pretty good. It was an interesting part of the trip that I had been looking forward to and I’m glad I did it. It’ll certainly be a memorable part of my travels here in South America.