Iguaçu Falls is one the biggest waterfalls in the world. So naturally it was somewhere I really wanted to see and it was actually one of the first places I pinned on the map when I first started planning this trip. The falls sit on the border of Brazil and Argentina with Paraguay just a few kilometers away.

I had been talking to Hugo, the Australian bloke who I rode with for month back in Ecuador and Peru, and he was also in Iguacu staying a biker hostel there, so obviously that’s where I headed. 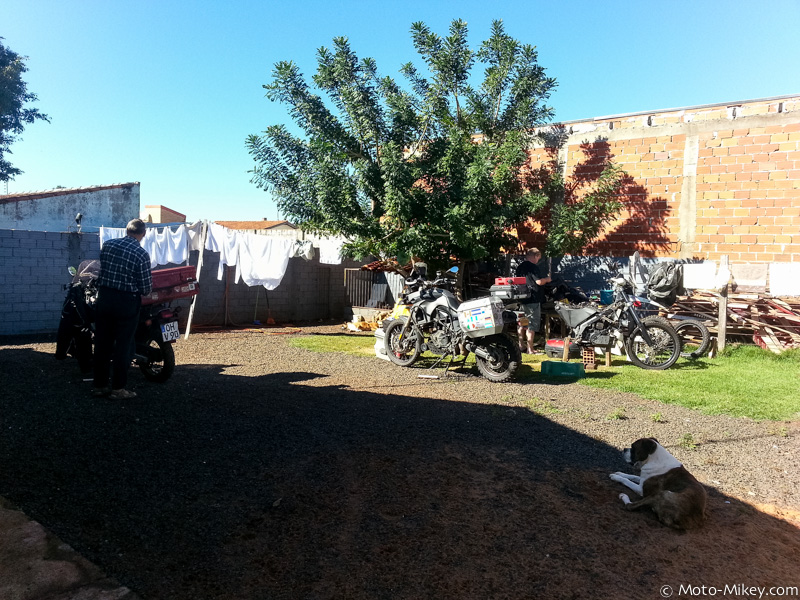 At the hostel, I met a few other riders. Rodolfo, the Brazilian rider who came up with the idea of creating the hostel; Ginger, a funny old German guy who has been riding around South America for the past few years in 3-4 month increments (he goes home to work for part of the year and then comes back); and Hugo, the Australian who I rode with a few months ago. Over the next few days we would have a lot of fun together. Lots of wine, beer and Churrasco were consumed. 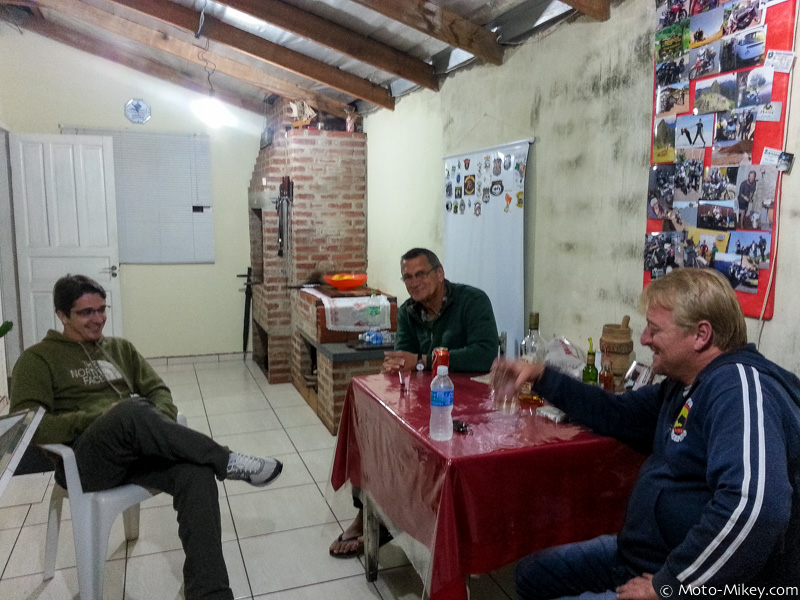 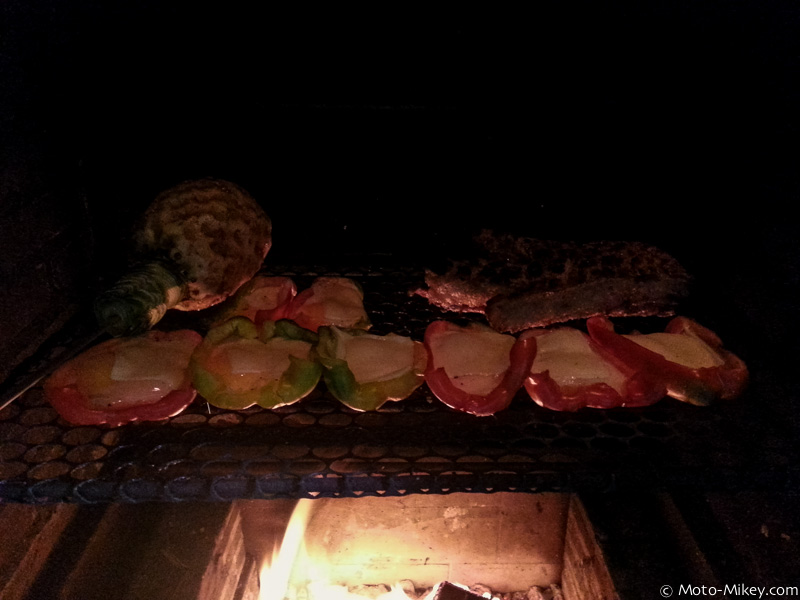 I planned to stay a few days here in Iguacu to see the falls and also do some basic maintenance on the moto. I pulled the rear wheel off so I could properly clean the chain/sprocket and also inspect the wheel bearings. After having a wheel bearing fail a few months ago, I’m a bit weary about them.. and it’s a good thing I decided to do the inspection because 2 of the 3 bearings were showing excessive wear and needed to be replaced. The single bearing I replaced in Chile looked fine but I decided to replace them all since I had the wheel off. The small auto parts store just a few blocks away had exactly what I needed, so I didn’t have to hunt around for a name brand or the correct size. 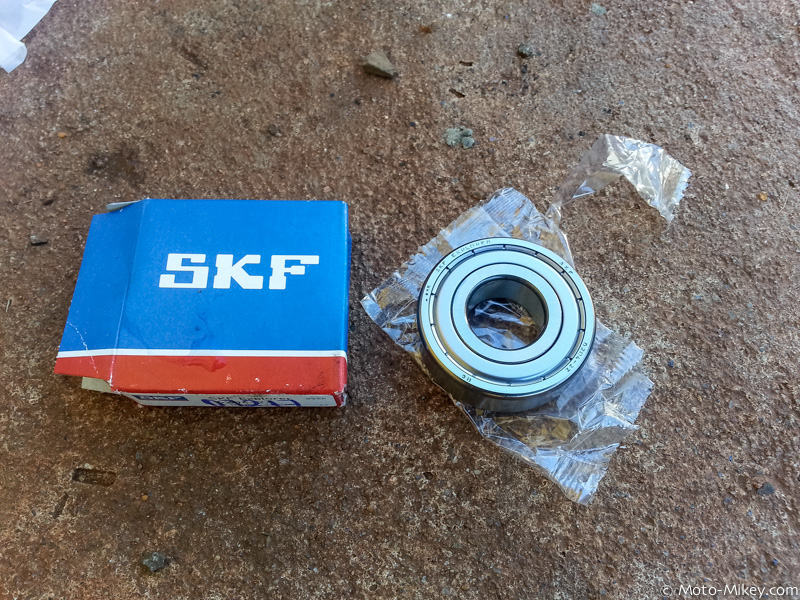 Ginger wins the award for largest top box ever strapped to a motorbike.. this thing was absolutely enormous! 😆 I could fit everything I owned in there and still have space left over! 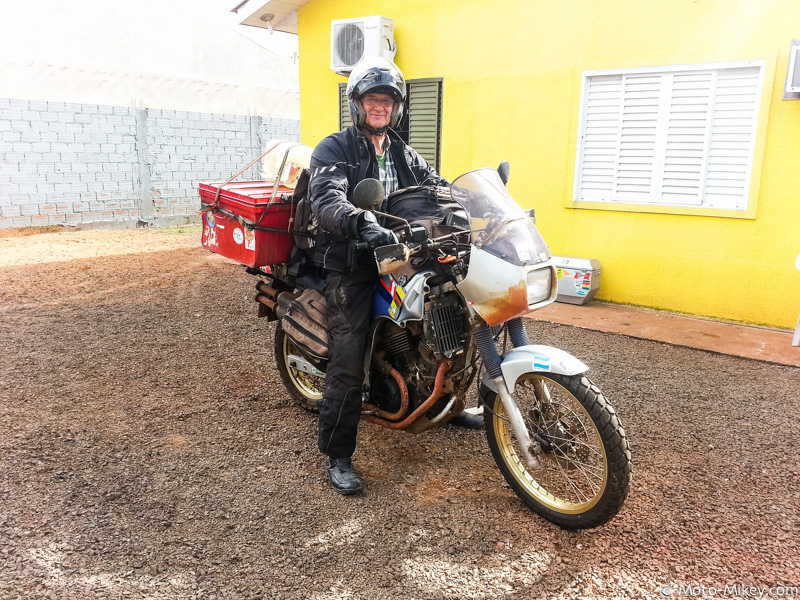 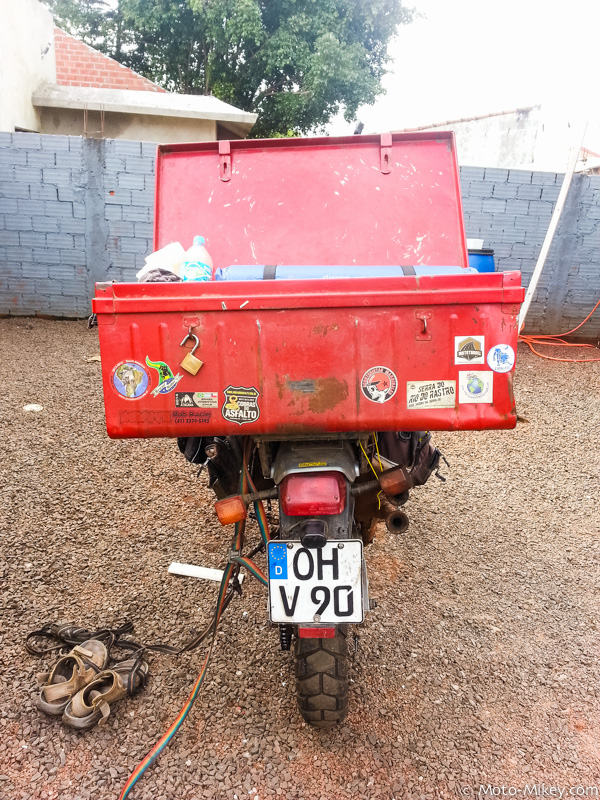 The bad part about being back in the semi-tropical region was that it rained a lot. I had only intended to stay in Iguacu for 3-4 days but ended up getting stuck for nearly a week since it rained heavily for almost 5 days straight. There was a lot of flooding and I would later find out that many of the roads were closed due to land slides.

Finally, one of the mornings was mostly sunny, so I took advantage of the break in weather to make it to the falls. They did not disappoint. An absolutely spectacular sight. It’s too bad most of my photos came out crappy due to 1) being taken with my phone and 2) the immense amount of mist in the air from all the water crashing down the falls. 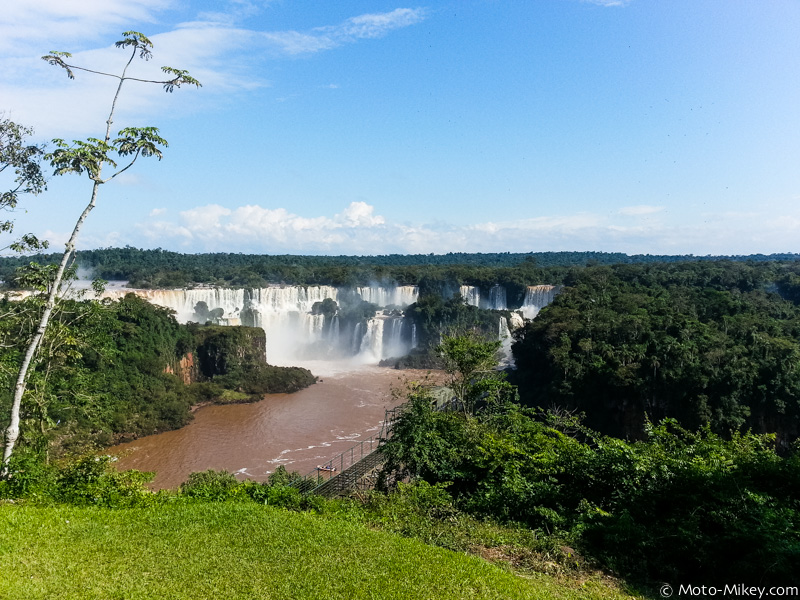 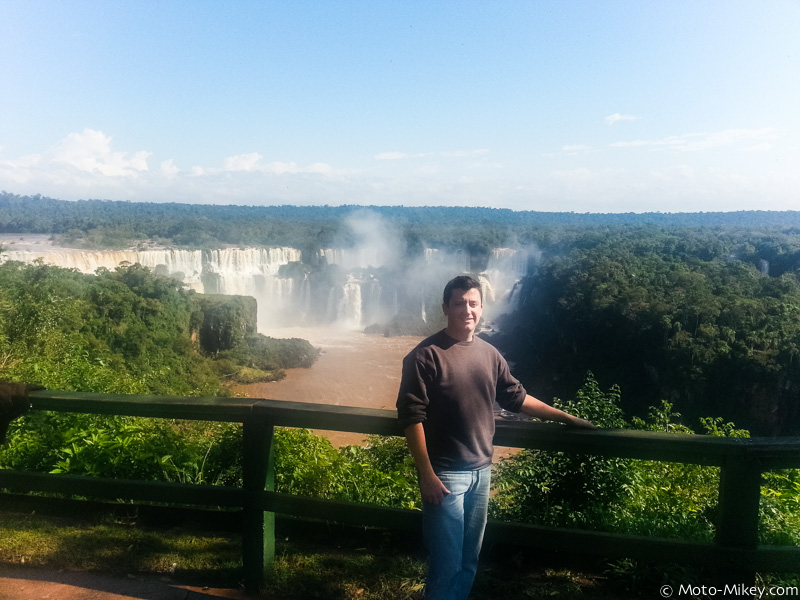 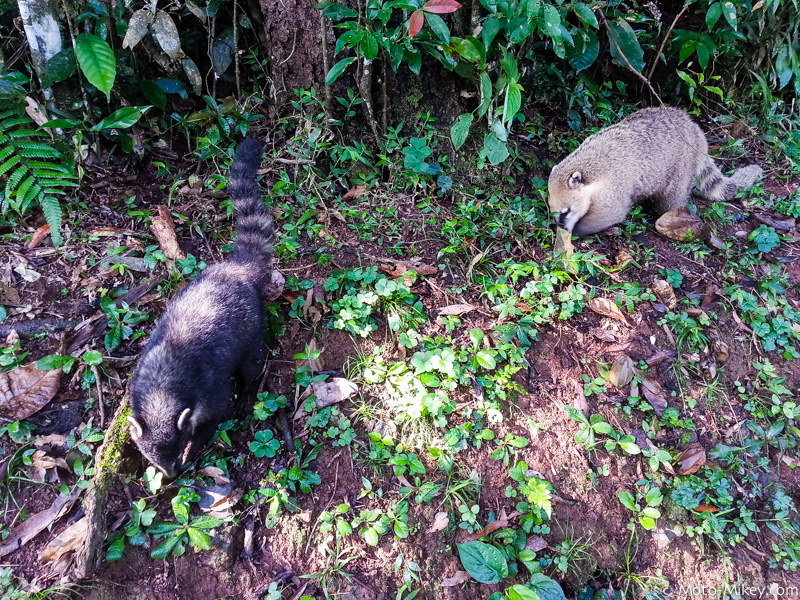 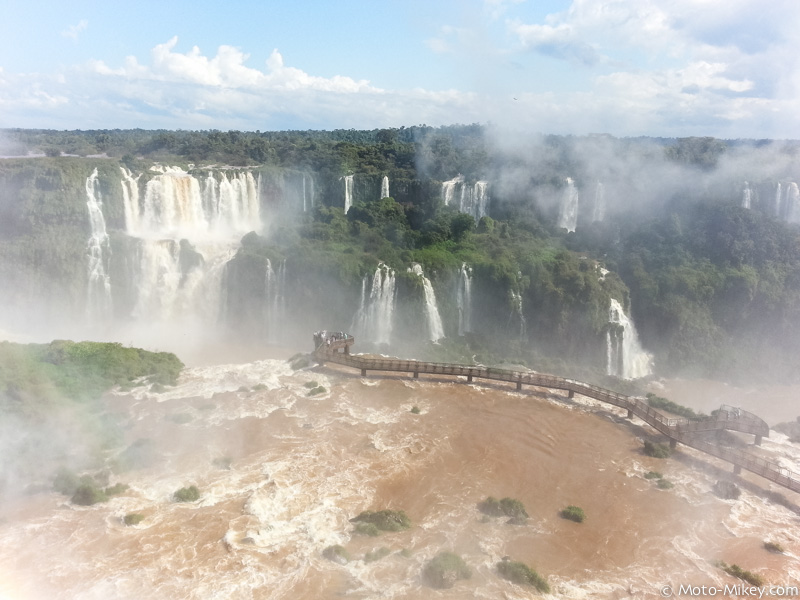 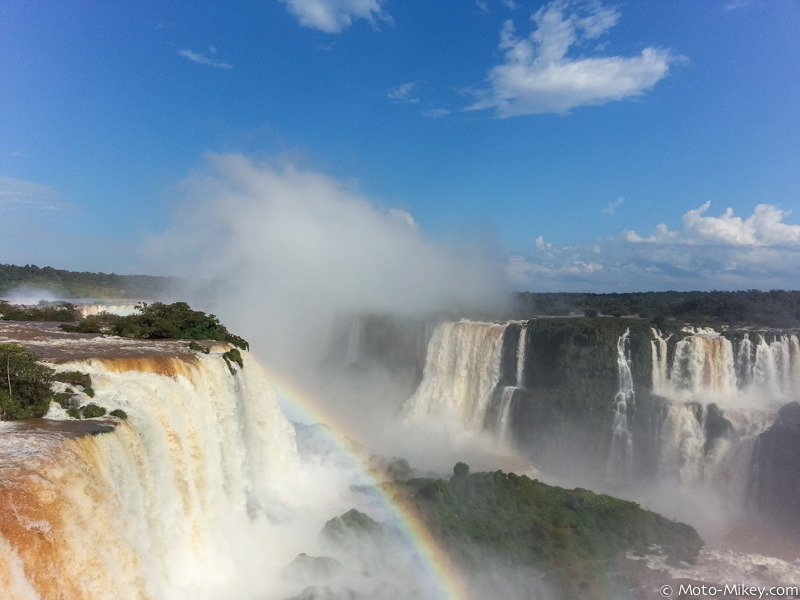 Overall, a great time in Iguacu spent with friends and another place checked off the bucket list. 😎