Crossing over into Brazil today. I’m both excited about it and nervous at the same time. Every Brazilian I’ve met so far has been great. They are very warm and welcoming, as if we’ve been friends for years. However, I’m also a bit nervous since my Portuguese is abysmal. I studied a bit when I was in Buenos Aires but I wish I had done more. 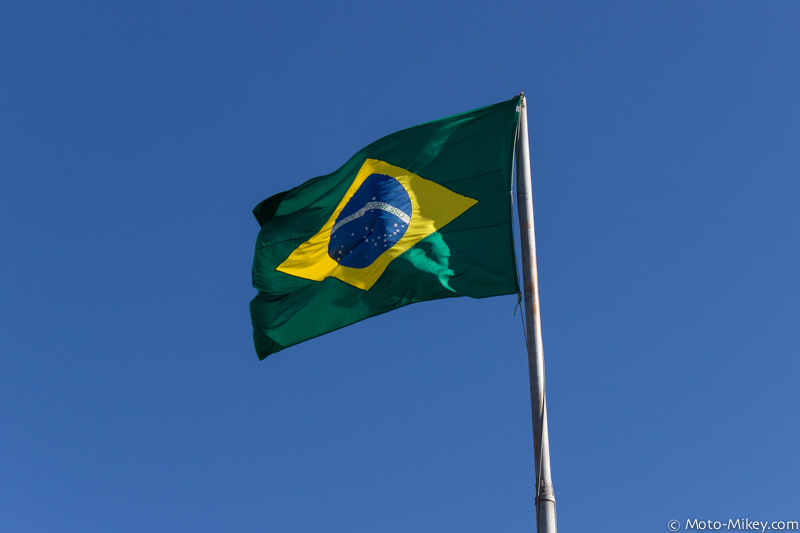 Portuguese is similar to Spanish so it’s not like I’m entirely learning a new language all over again but there are some differences, especially in pronunciation. I find I can read it okay but listening is proving to be a bit harder than anticipated.

The border crossing into Brazil couldn’t have been easier.. probably the easiest one I’ve done so far. Less than 10 minutes and I was checked out of Uruguay and into Brazil. The only downside for Americans (and a few other countries) is that Brazil requires a visa in advance. I got mine a month ago when I was in Buenos Aires. It wasn’t cheap either at $170. 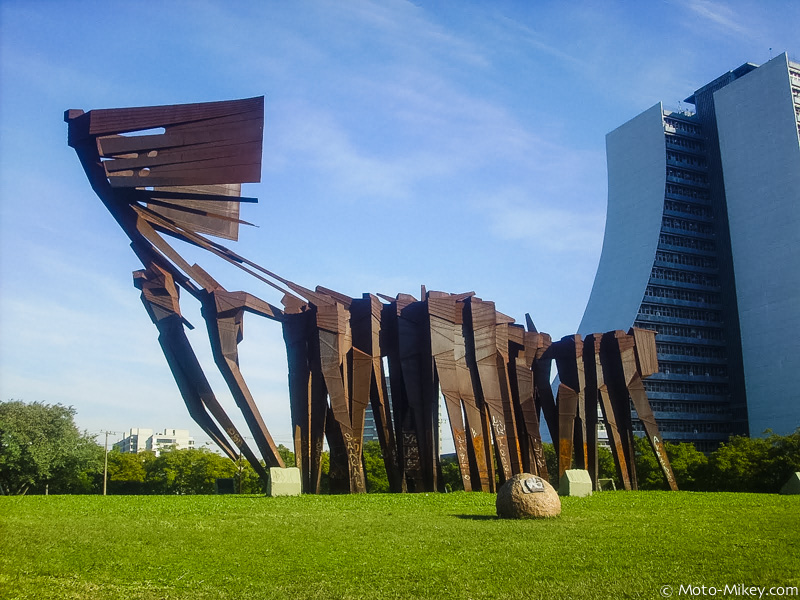 The Brazilian country side in the South is really beautiful. Nice rolling hills and cool temperatures. Riding towards Iguacu from Porto Alegre, I crossed over a small mountain chain and it was fantastic riding. It reminded me a bit of the riding back in Colombia. 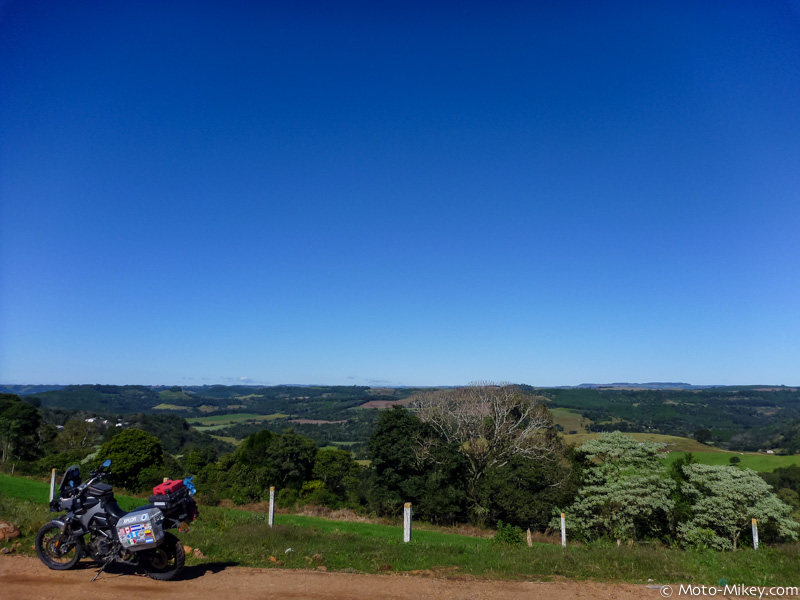 Brazilian moto riders also love to make their own decals and leave them places that they’ve ridden to. This is a common sight at gas stations and other places throughout Brazil. 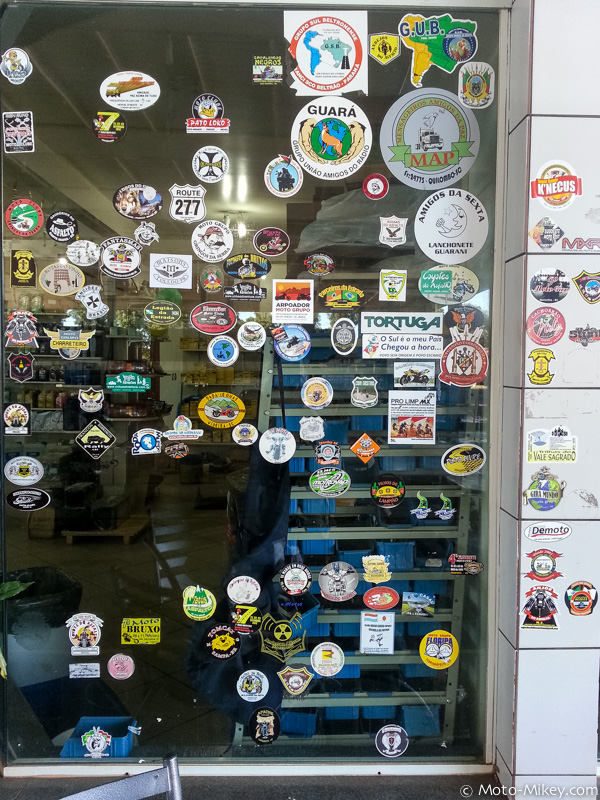 So far the roads have been excellent, the food refreshingly good, and the people amazing. I think I’m gonna like it here in Brazil 😉