My first day back on the road after a few (much needed) months off in Buenos Aires. I had the bike packed up and ready to go by 10:00 since I had to be at the port to catch my ferry by 12:00. I was a little bit melancholy about leaving this morning. Lots of good times in BA. The ferry ride to Colonia, Uruguay takes just over an hour on the ‘fast’ ferry and costs $125USD for me and the moto. Not exactly cheap but oh well. 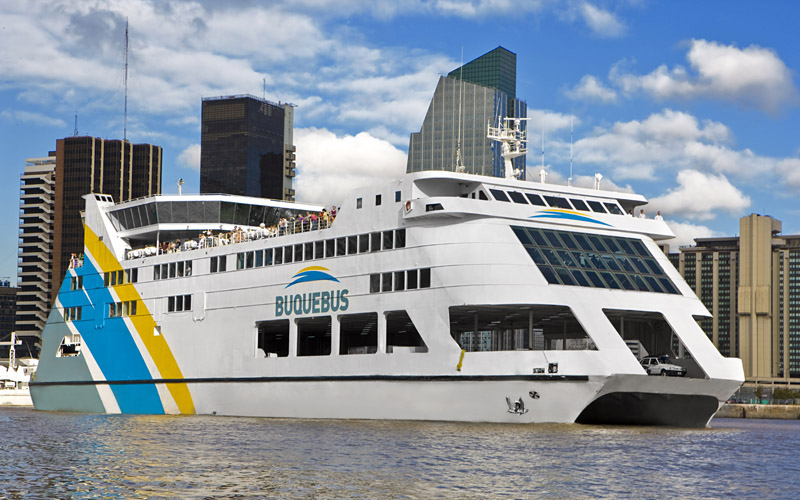 The border crossing from Argentina to Uruguay was probably the easiest one I have done so far. The majority of the process took place at the port in Buenos Aires. All that was left was to get my vehicle import paper once I arrived into Colonia. The ferry crossing was quick and easy. They even had a little cafeteria area where I was able to grab lunch and spend the few remaining pesos I had left. 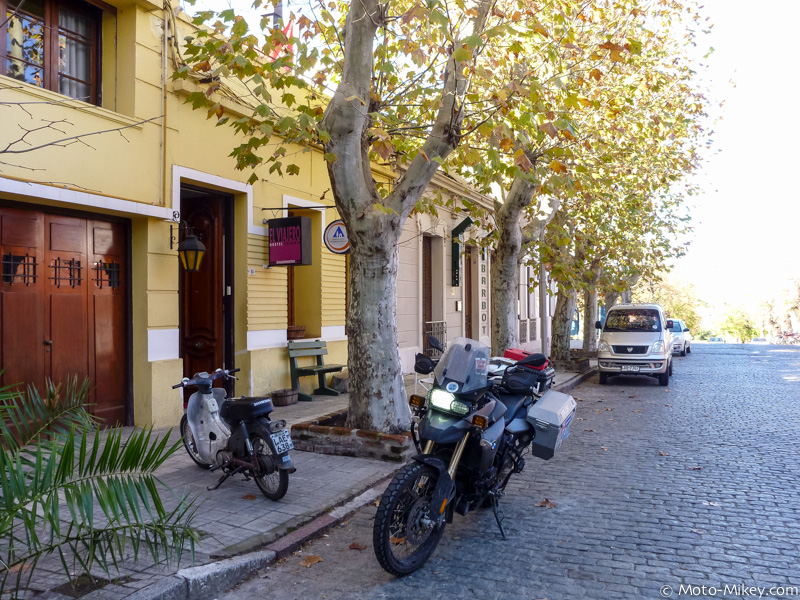 Colonia is a small little town on the coast. It’s very touristy and a lot of people come here simply to do a ‘visa-run’ from Buenos Aires to renew their Argentine visa. Overall, it was an okay place but I was expecting a bit more out of it. I walked around for bit and found a Uruguay flag decal for my pannier. My initial plan was to ride straight to Montevideo today but I decided to stay in Colonia since I was in no rush.

The next morning I hit the road for a short few hours and rolled into Montevideo. It’s a nice size city. Not too big, not too small and without an over abundance of huge skyscrapers. About 1.3 million people live here; nearly 1/3 of the countries population. However, it feels smaller. There’s a lot of parks along the water front and only a few buildings directly on the beach. It feels more preserved that way. An avenue winds along the coast and makes for a nice afternoon ride. I think I immediately liked it here. 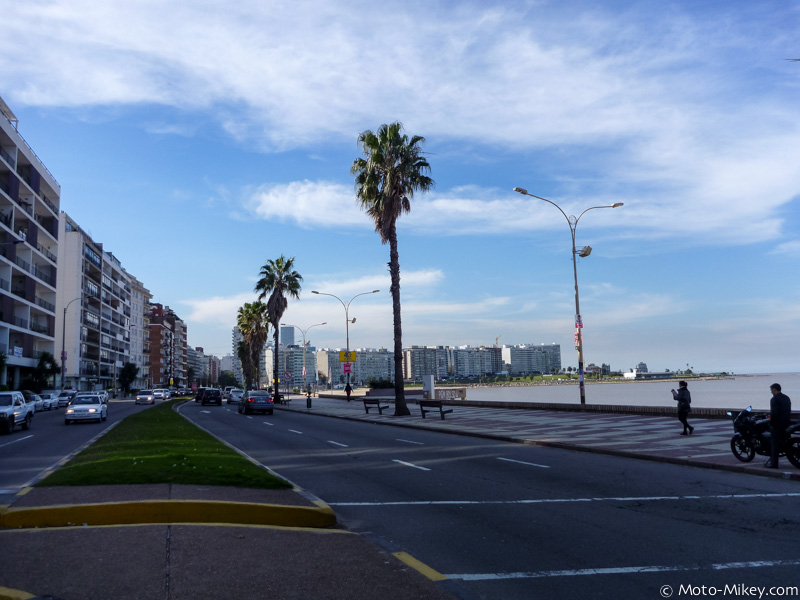 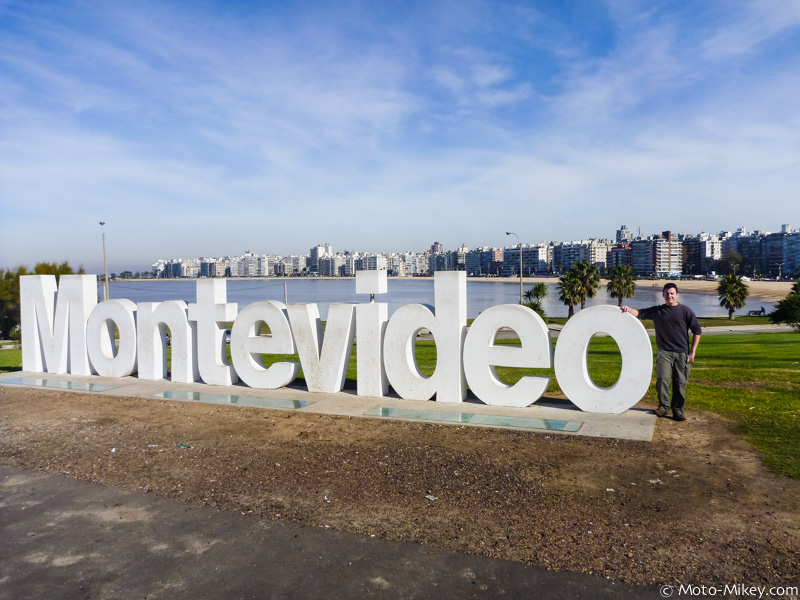 I’ve read a lot about Uruguay the past few years and have found that it’s consistently ranked as one of the best countries in the world for expats to retire in. It’s got a good stable economy with low corruption, excellent health care, and progressive modern social policies. If you want to get away for a weekend, Buenos Aires is just a short ferry ride across the river. Sounds great to me. The only downside is that it’s a bit more expensive than some other countries in Latin America. Gas is a whopping $7+USD/gallon here.

A few good articles on being an expat in Uruguay: 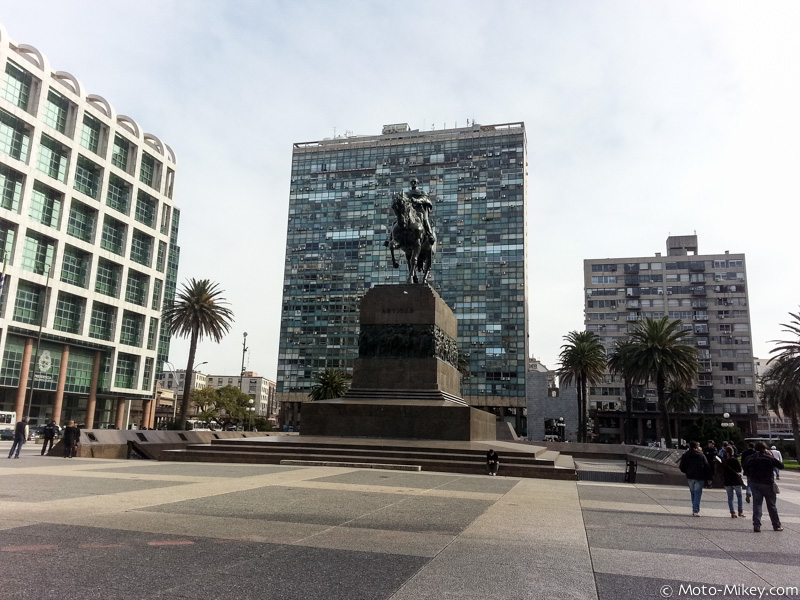 I stayed for an extra day in Montevideo to check out the city a bit more and over to the Mercado del Puerto to eat at one of the parrillas there. I remember watching an episode of Anthony Bourdain’s ‘No Reservations’ TV show about Uruguay and he ate at this place. It looked really good, so I had to check it out. 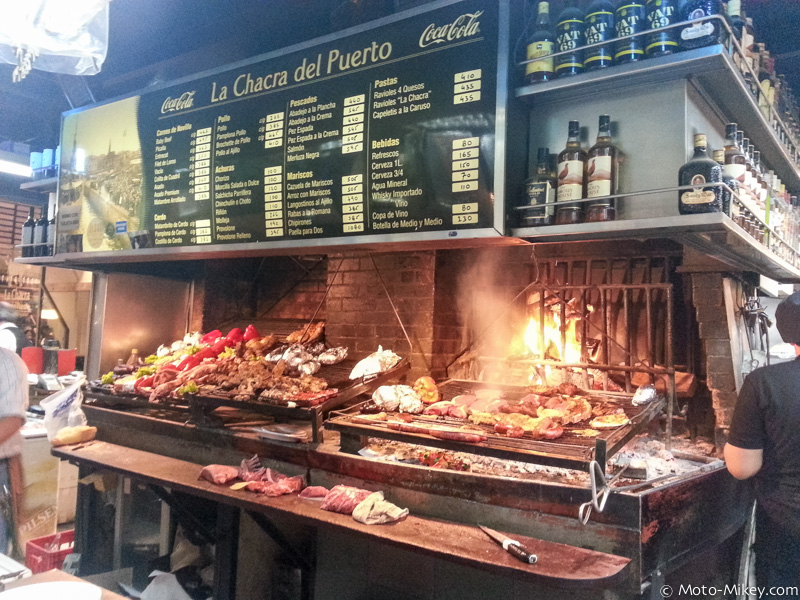 Baby beef steak and some papa fritas: muy rico.. The cool part is that you can sit at the bar and watch them grill all the food right in front of you. 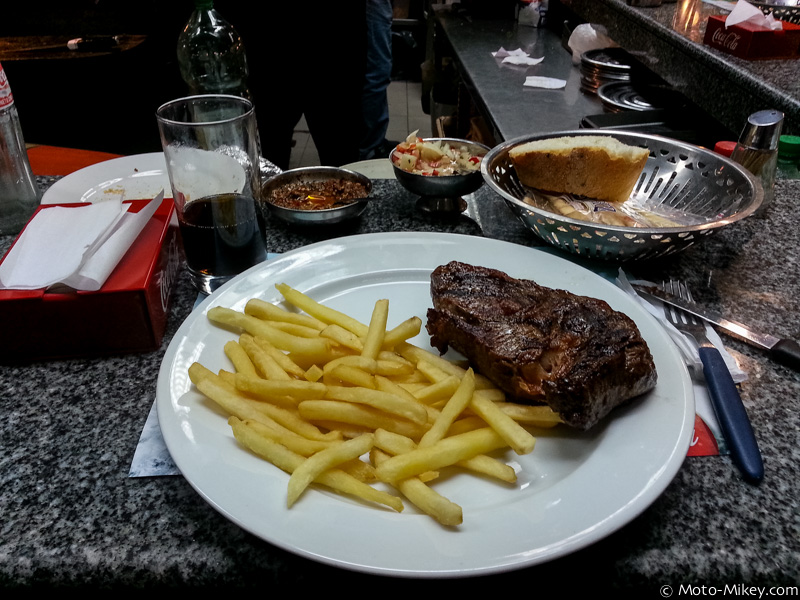 Here’s a clip from the ‘No Reservations’ TV show.. portrays a bit more of the atmosphere:

The next day I continued along the coast to Punta del Este. This area is really upscale and home to many of the rich and famous from around the world. During the summer it’s busy but now as it’s entering into winter here, there’s hardly anyone around. 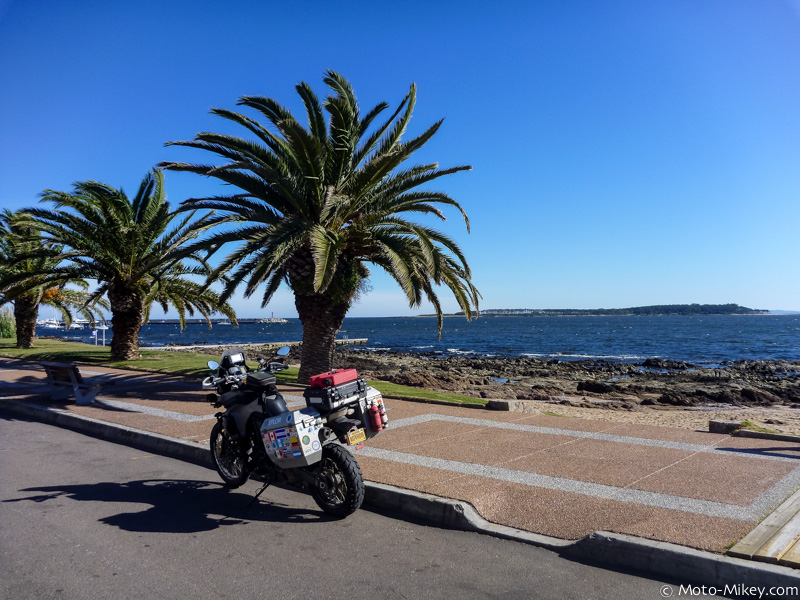 At the hostel in Punta del Este, I met 2 Colombians who were also riding around South America. They’re on small 185cc Chinese made bikes and were also heading up into Brazil tomorrow. I’ll probably see them on the road again. 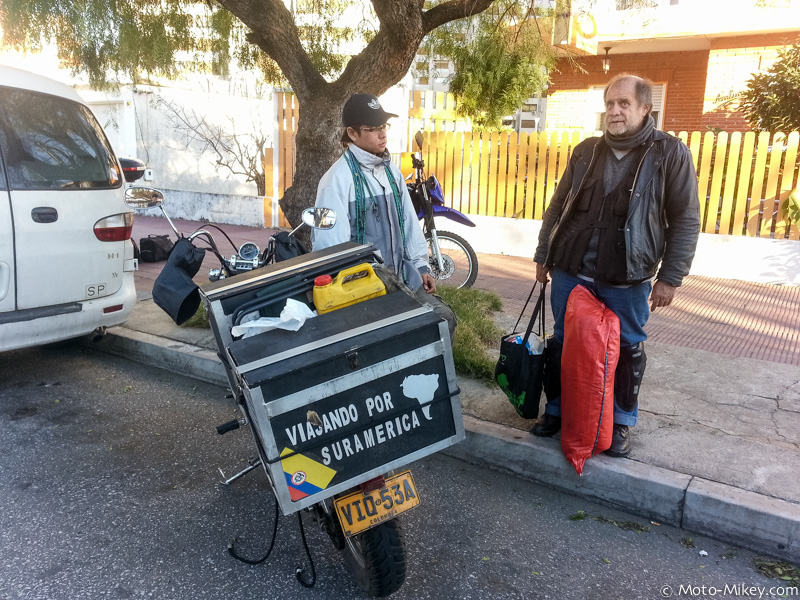 Tomorrow will a big day. A lot of ground to cover and into Brazil. A new country and new language.