I took a day off from traveling and checked out the Valdes Peninsula.  It wasn’t really a day away from the bike since it was a 100+km ride just to get into the park. The weather started out good in the morning but that changed by early afternoon. 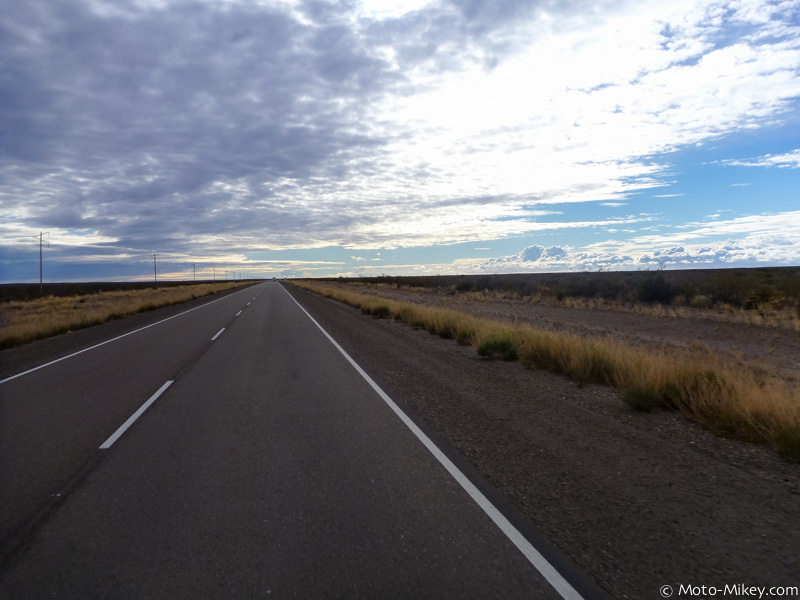 Before riding all the way out to the coast, I stopped at the visitor center to learn about what kind of wildlife lived in this area. 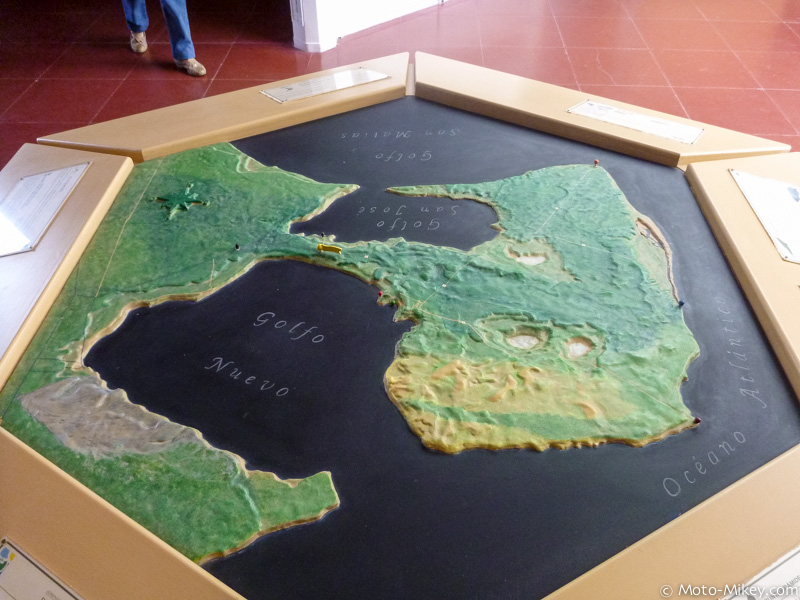 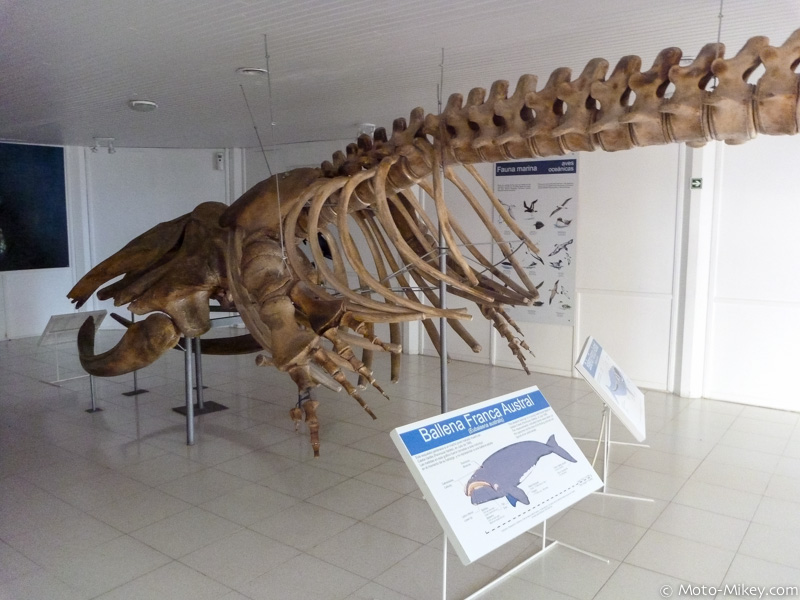 On the way out to the coast and into the actual park, the road turns to dirt. After a few kilometers out, the bike started to feel really weird..squirming all over the place. Sure enough, I had gotten my first flat tire of the trip! I pulled off to the side of the road and saw that the rear tire was completely dead. To make things worse, I didn’t have the cable to power my air compressor since I use it to power my heated jacket and it was back at the hostel. I was unprepared which isn’t normal for me.

Shortly after stopping, another overlander couple from Austria/Spain had stopped to help out a fellow adventure traveler. We checked the tire but didn’t see any nails or punctures. After filling the tire back up with air and covering it with some soapy water, we found out it was leaking from the valve stem. It was a very slow leak, so I would worry about it when I got to Buenos Aires. 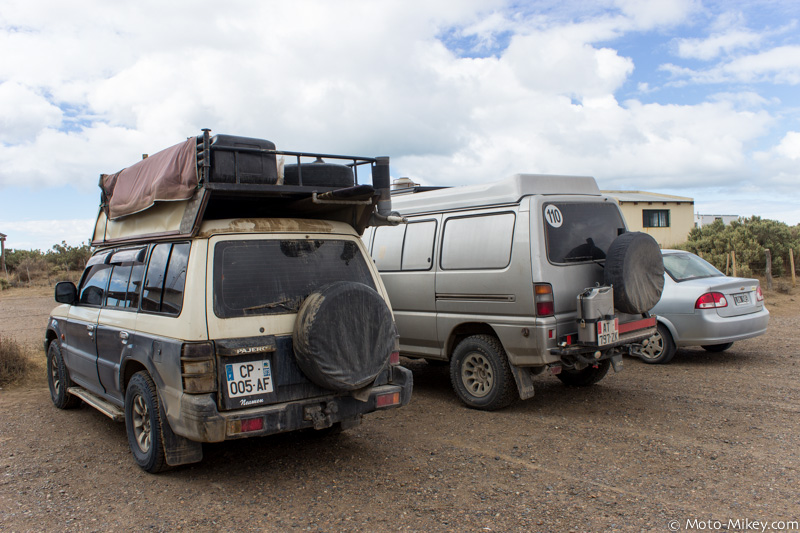 After getting out to the coast, I walked along some of the nature trails in hopes of seeing some wildlife. Unfortunately I am here at the very end of the season and almost everything has migrated elsewhere. I did manage to see a few sea lions and a handful of penguins. It was enough to check-off the ‘See Penguins’ on the bucket list, so it was worth the ride out here. 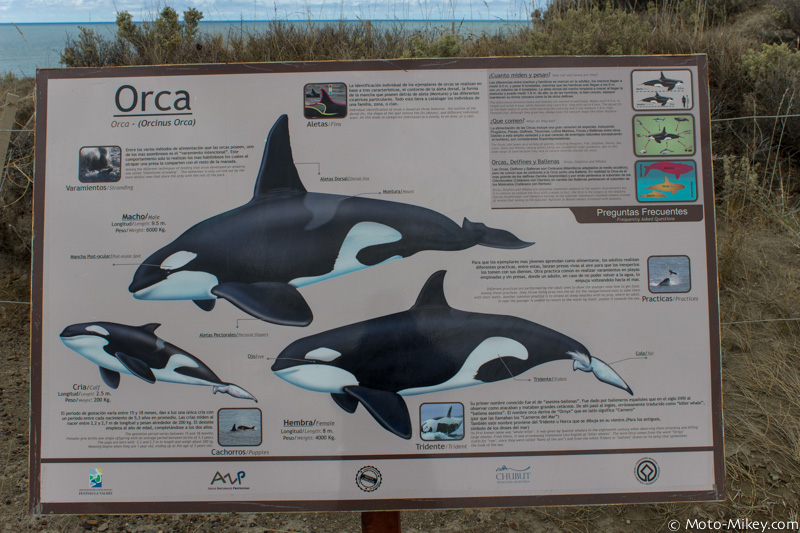 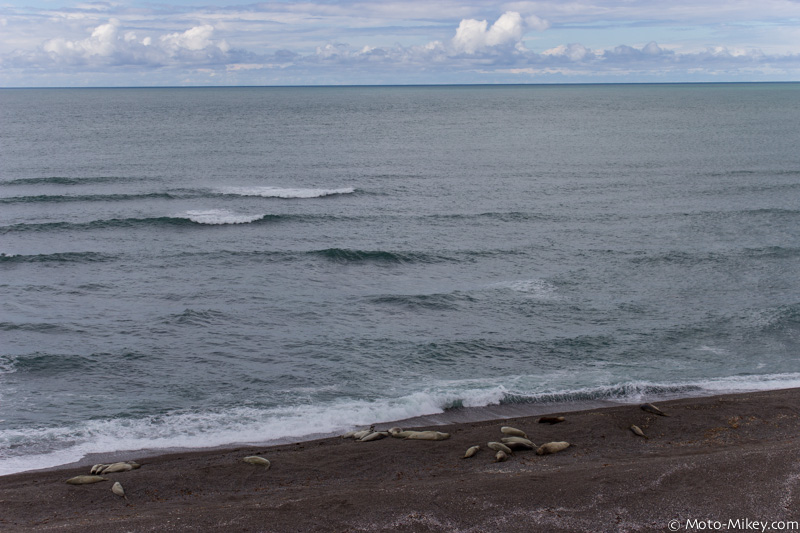 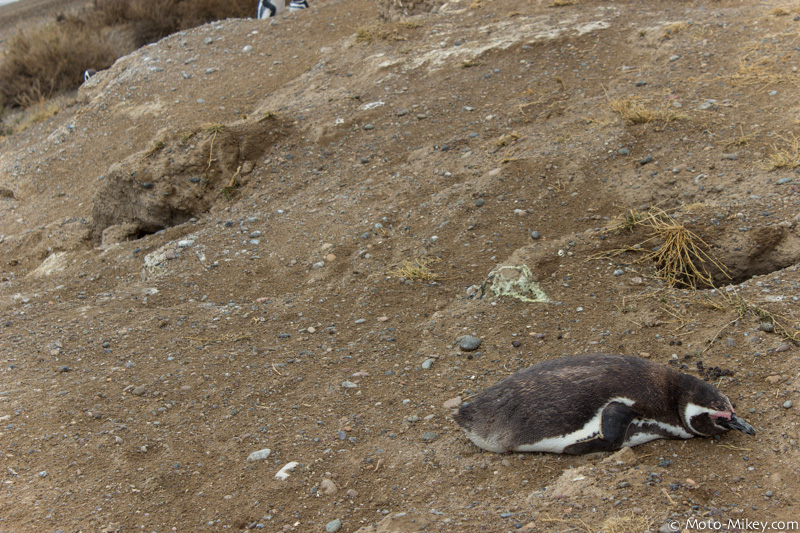 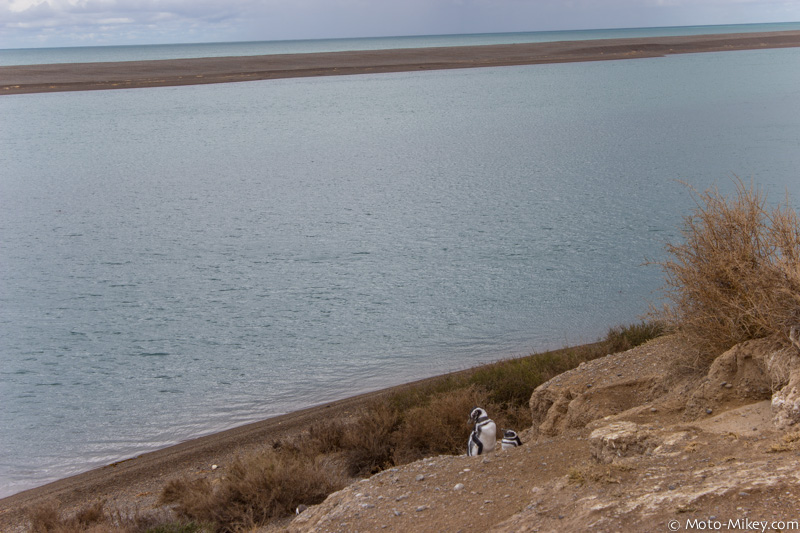 My Penguin photos suck so I’m stealing a few from wikipedia: 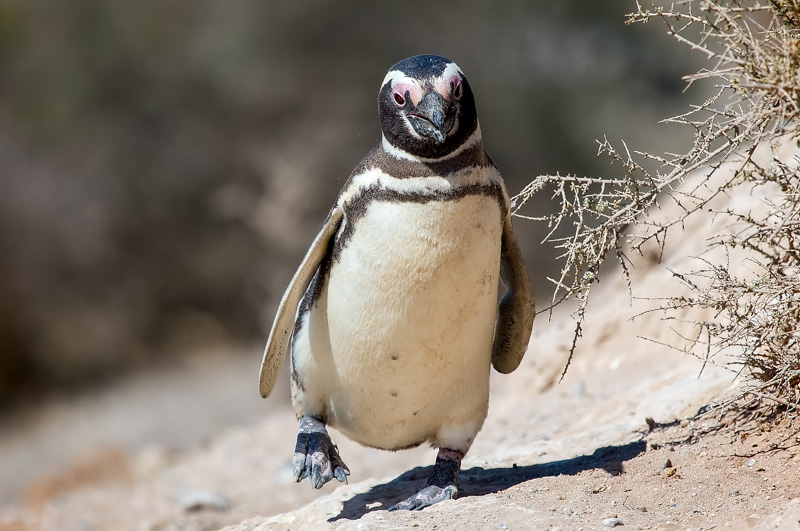 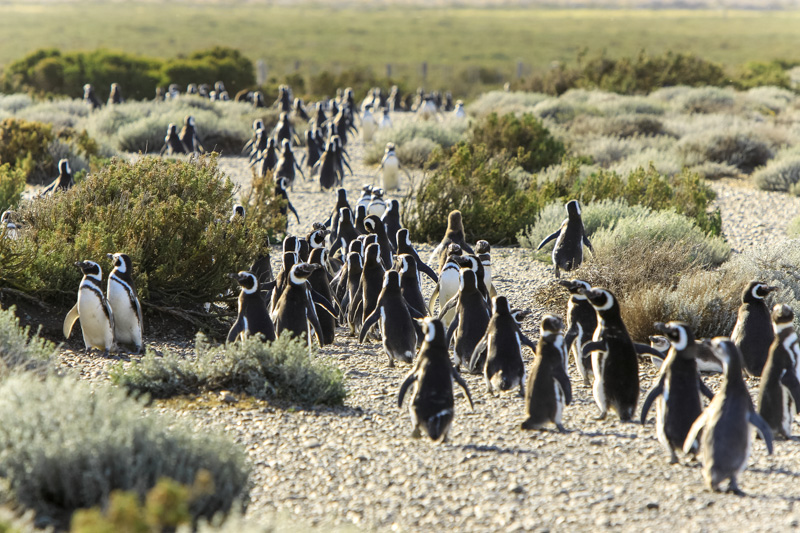 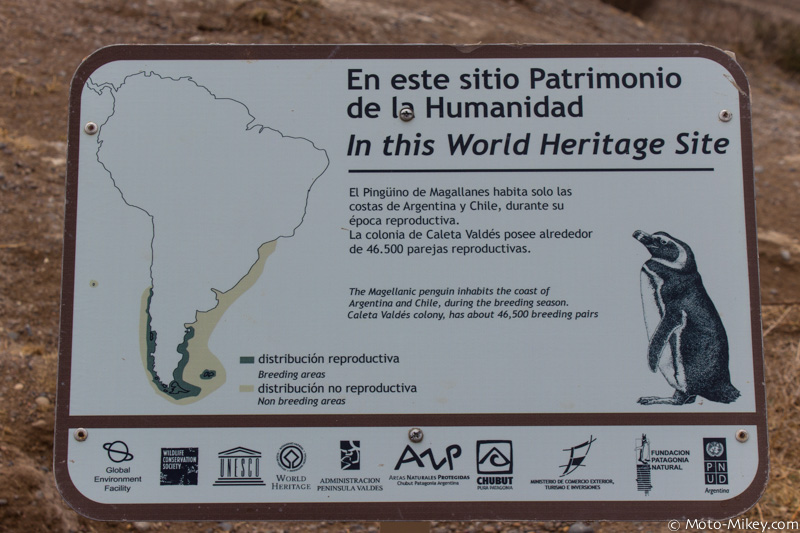 The park was a bit of a disappointment but that’s mostly due to the fact that I’m just here too late in the season. I’d imagine if I were here 1-2 months ago, there would have been thousands of penguins and other wildlife to see.