The next few days were spent riding through some gorgeous remote territory in Patagonia. Starting the famous Carretera Austral, another road that I have long heard about and planned to ride someday.. and here I am doing it. Awesome!

Borrowing a quote from Wikipedia to give you a little background on this road:

Sounds good to me!

Since we had a late start from Puerto Montt, our goal for today was only about 70 miles South to the small port town of Hornopiren.

The first of three ferry crossings. This one was only about 45 minutes long. 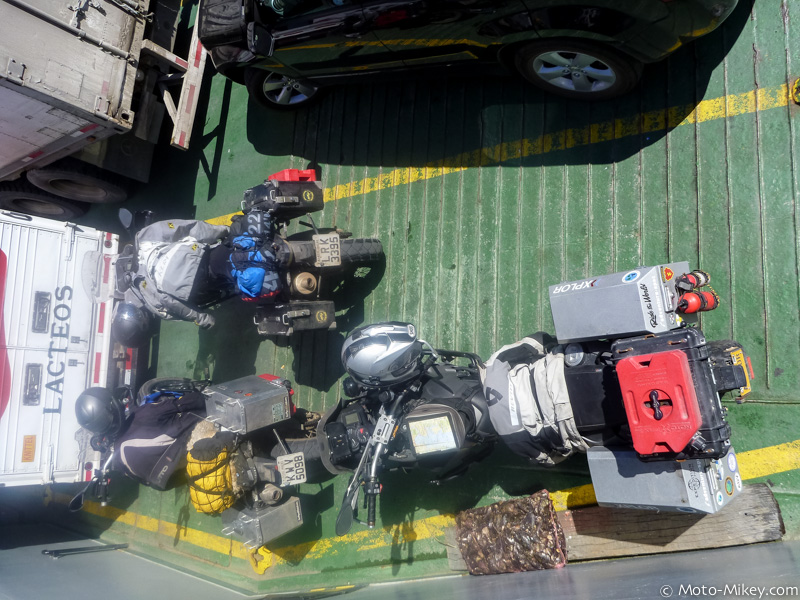 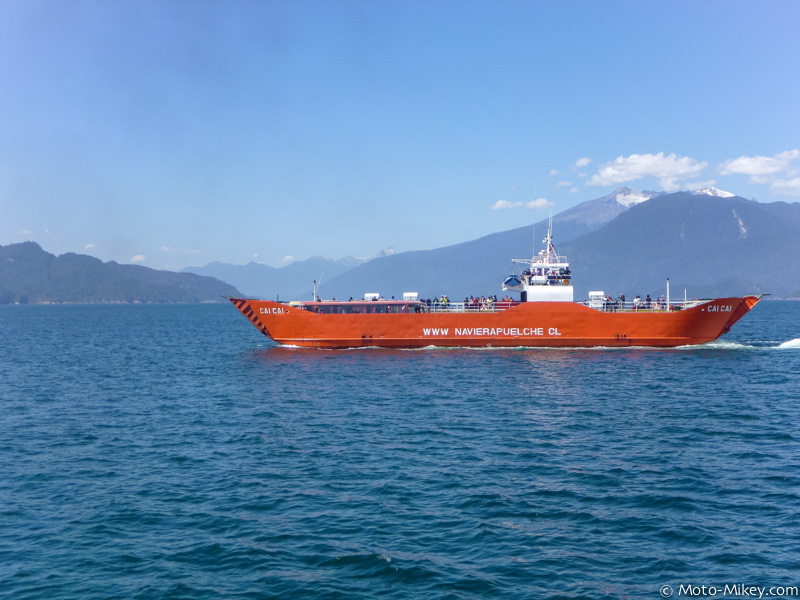 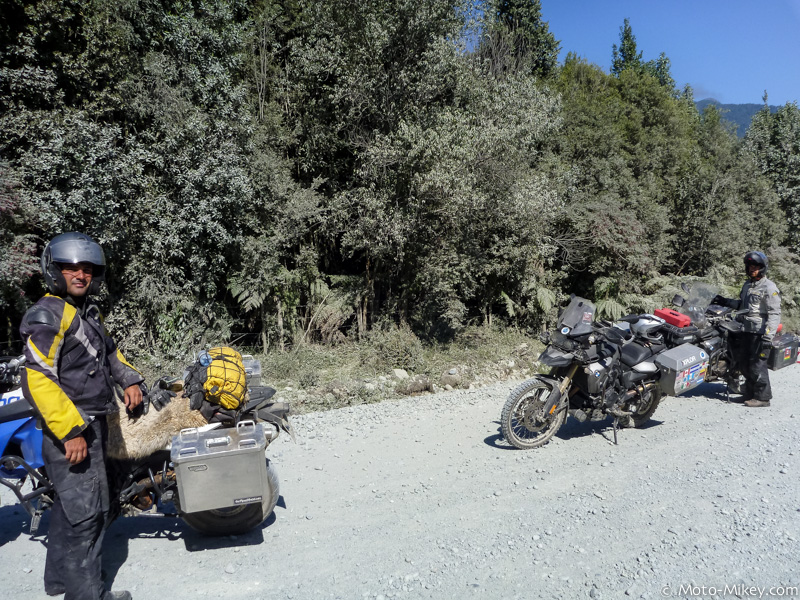 In the tiny town of Hornopiren, the road ends and you need to catch another ferry. The next crossing is 4.5 hours long and requires a reservation in advance. In town, we went to the office and booked 3x tickets for tomorrow mornings ferry. 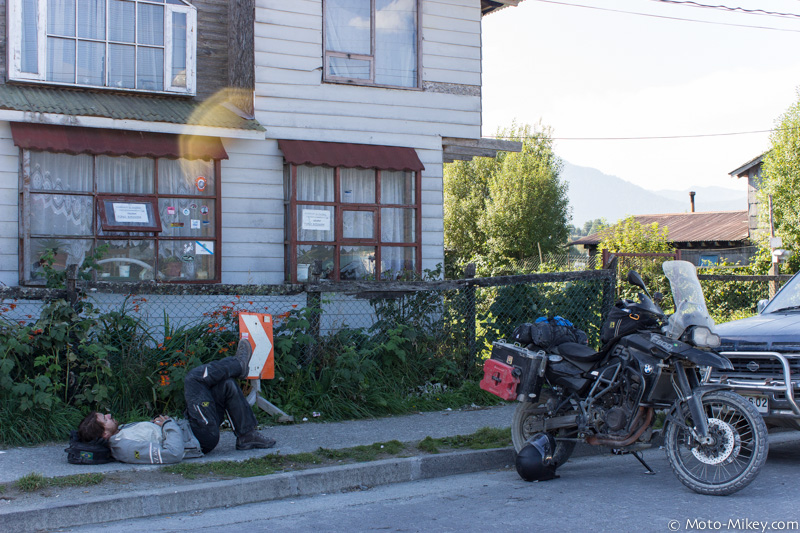 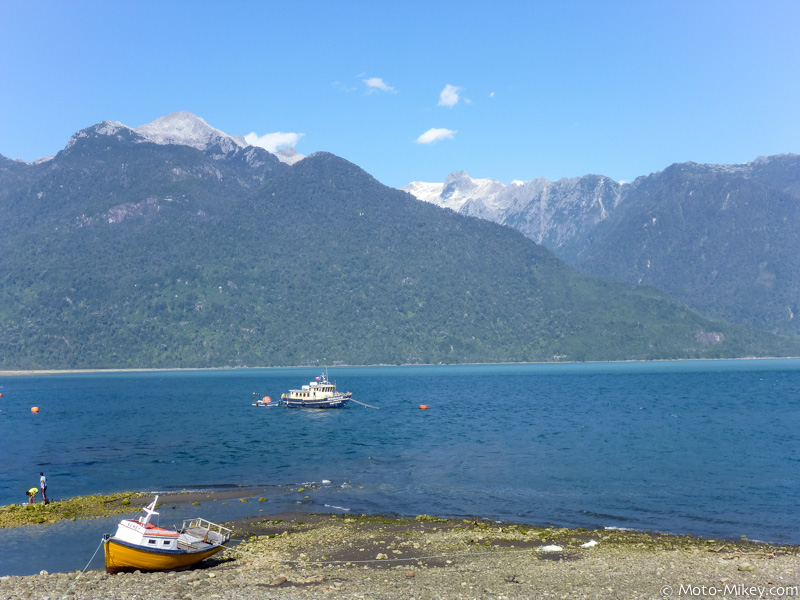 The next morning, we were up early to catch the 0900 ferry. There’s no road in this section of Patagonia, thus the only option is the ferry, and it only sails once a day.. so make sure you don’t miss it!

On the boat, we met 2 more riders from Brazil. They were here to ride the Carretera Austral before heading back home. They said they were taking a short vacation from their wives.. lol. 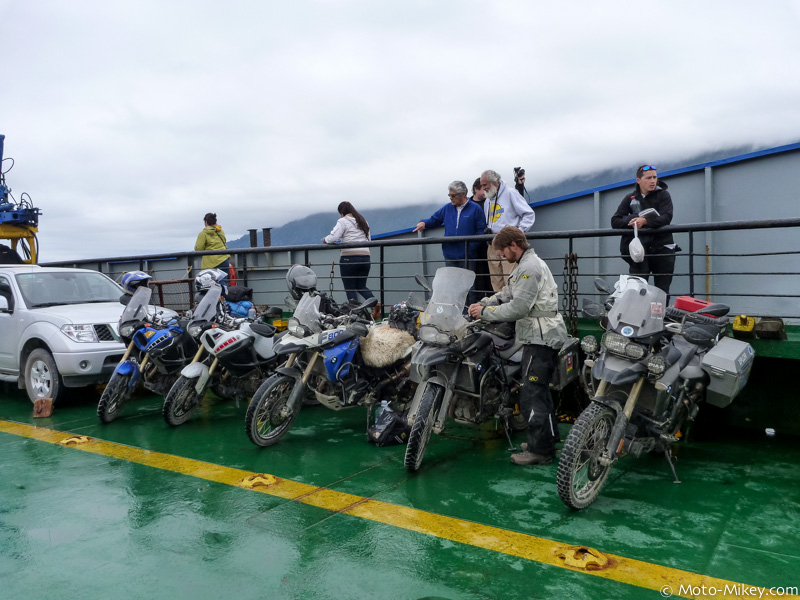 A few photos from the 4.5 hour ferry crossing: 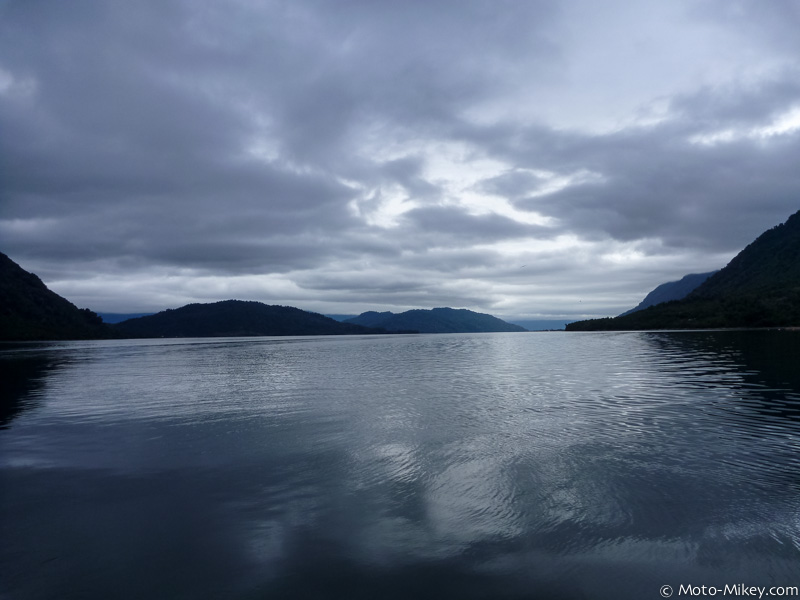 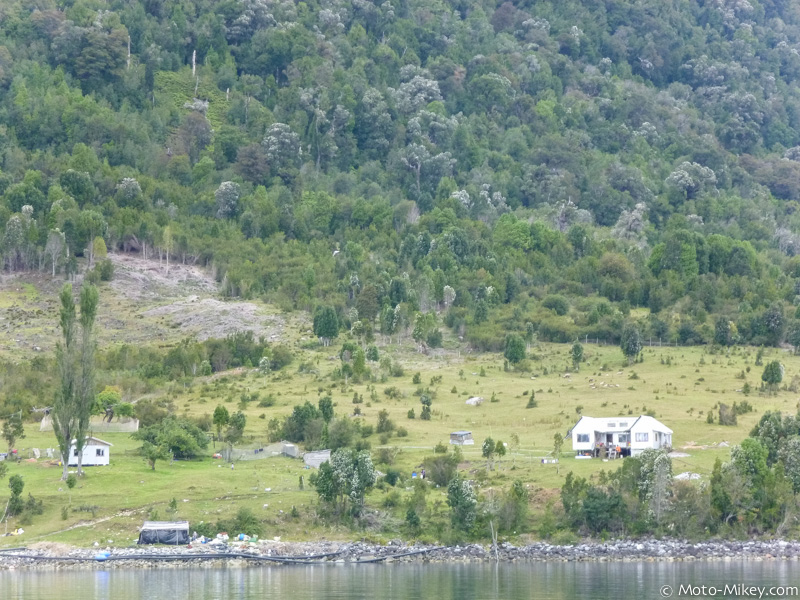 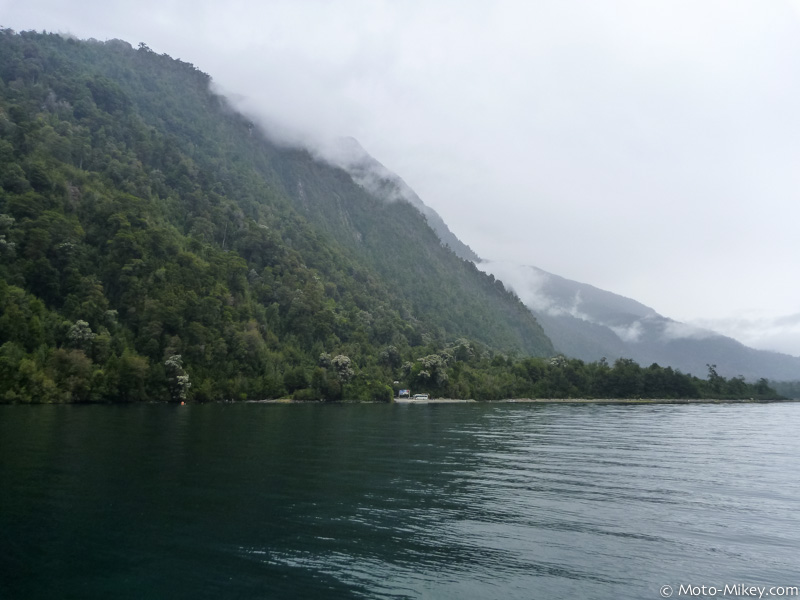 After getting off the 2nd (4.5 hour long) ferry crossing, it’s about 20-30km of dirt road across a short section land to another short ferry crossing. This one was quick and only took about 20 minutes. 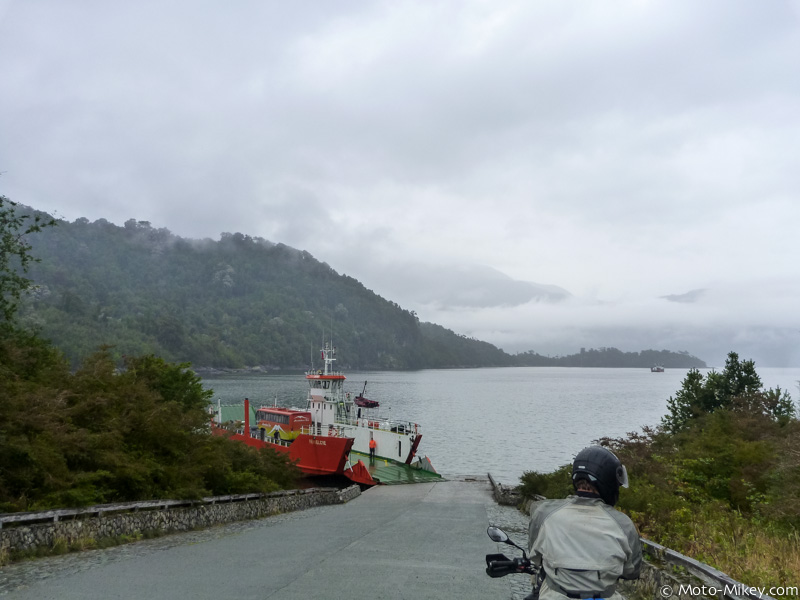 With all the ferry crossings out of the way, we cruised down the Austral for a little while. It’s a gravel dirt road that’s mostly in good condition. Occasionally there’s a small section which has a bit of deep gravel.. it’s all easy but you need to be paying attention. 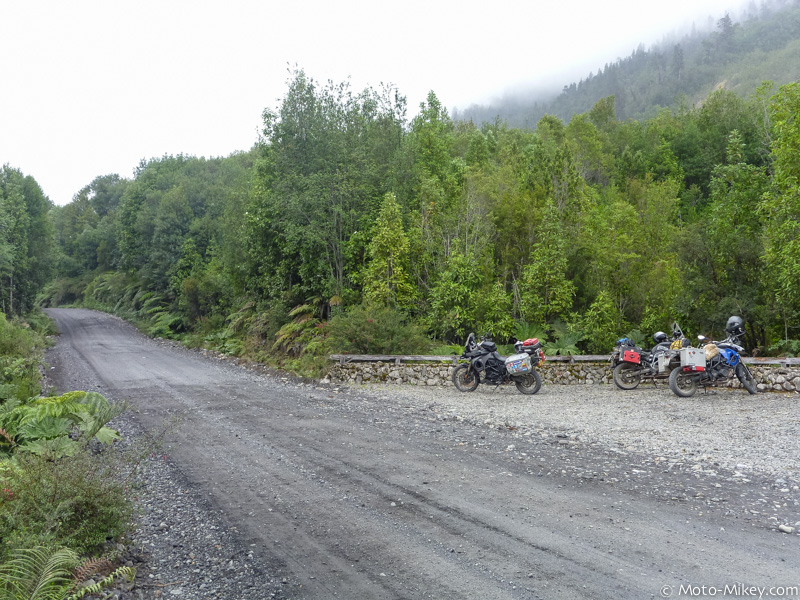 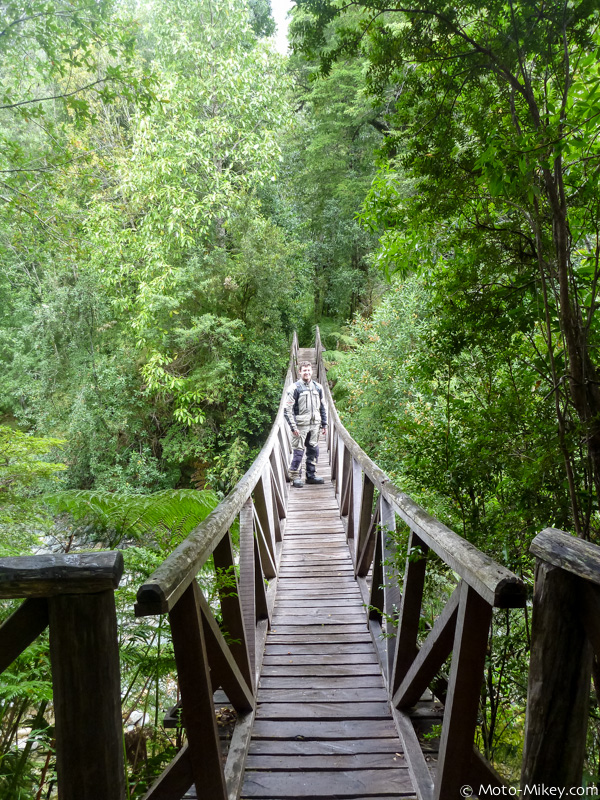 Along the way, we stopped to see a 3000+ year old Fitzroya tree that we had heard about from someone else on the ferry. Pretty cool 😎 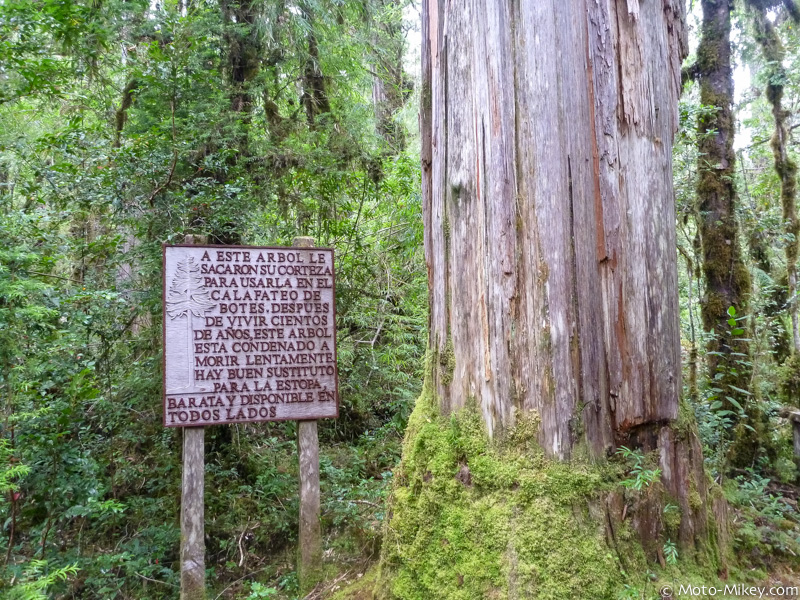 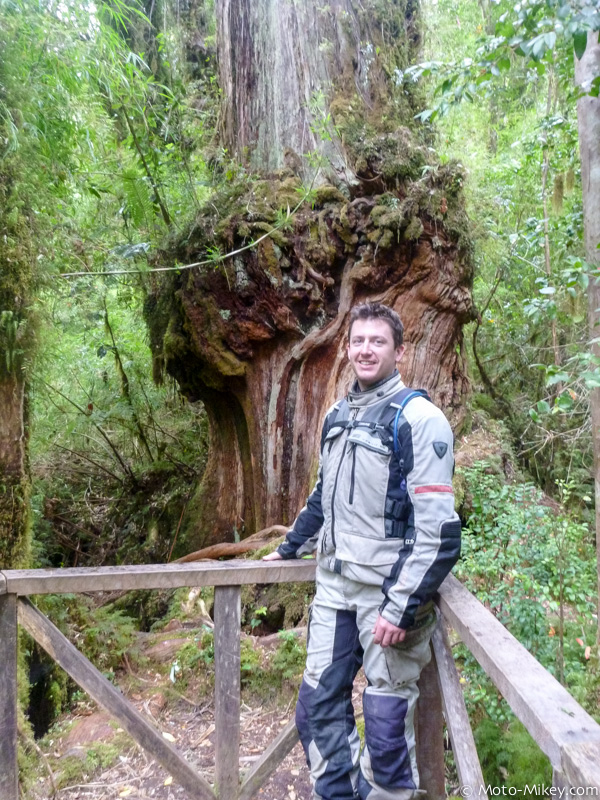 After riding for a few hours, we made it to the small remote town of Chaiten along the Carretera. The town is named after the Volcano that’s nearby. Back in 2008, the volcano unexpectedly erupted and covered the entire area in a few meters of ash. The town was initially considered a total loss and was going to be abandoned however after a year or two, the locals who had evacuated, returned and started rebuilding. 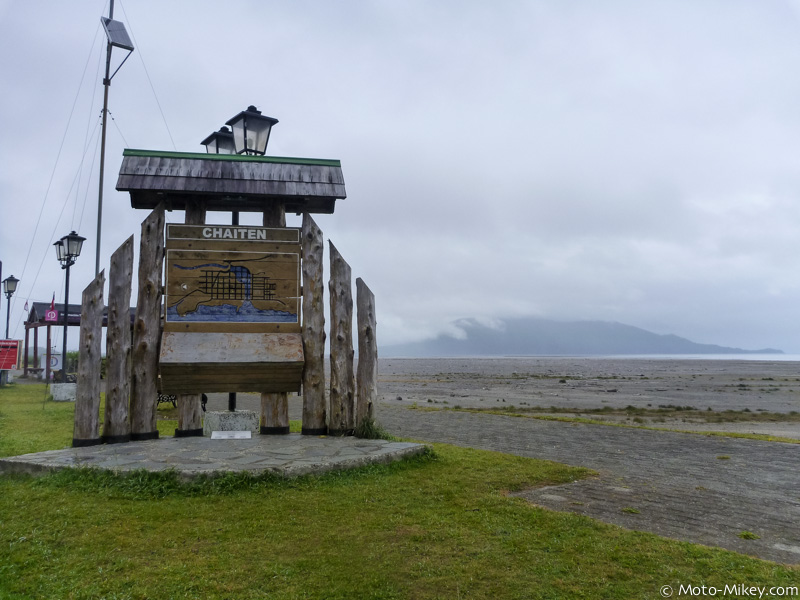 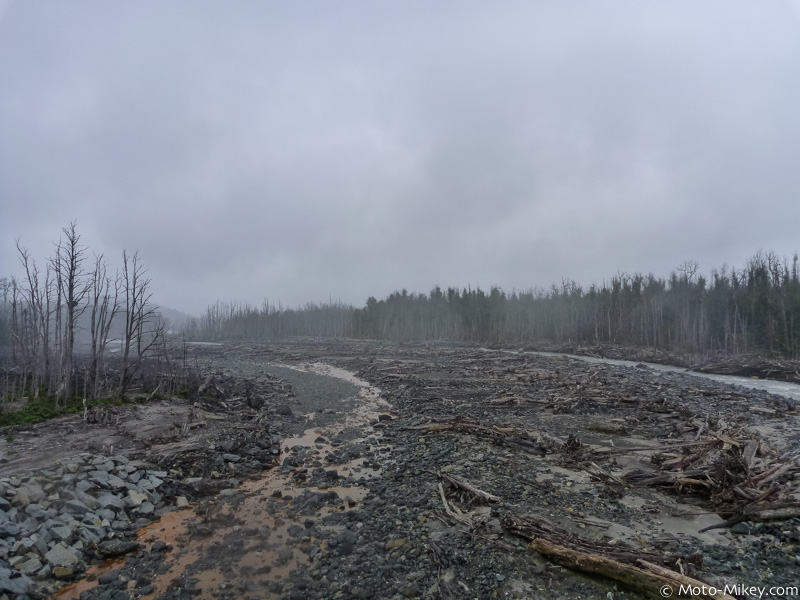 A photo from Wikipedia that shows what this town looked like during the volcano eruption. The entire town was flooded/destroyed by the Lahar.

Keith and Gus had brought their camp gear with them (I had left mine back in Florida) and decided to camp for the night outside of town. I found a little hospedaje and settled in for the night.

The view the next morning from Chaiten looking towards the Volcano. It doesn’t look like much but this thing nearly erased the town from the map. 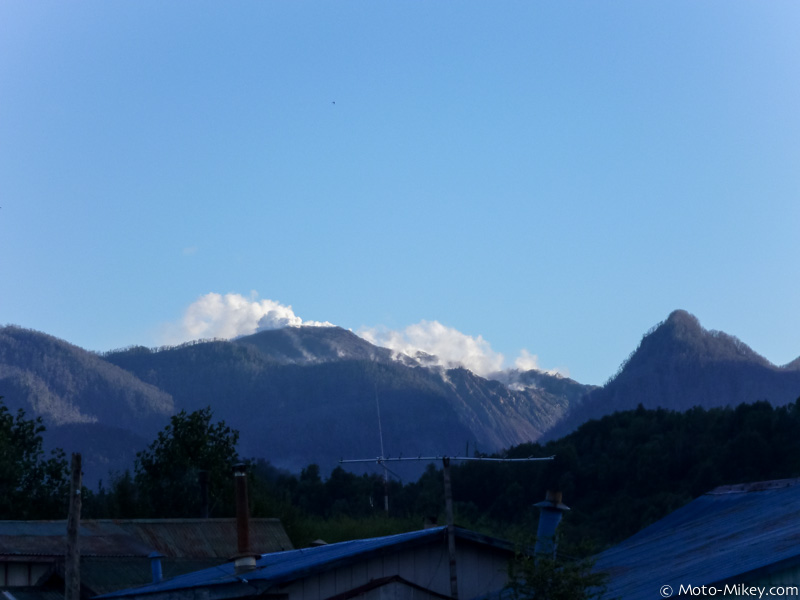 A little bit of new pavement that runs South from Chaiten. It was a nice break from all the gravel roads yesterday. 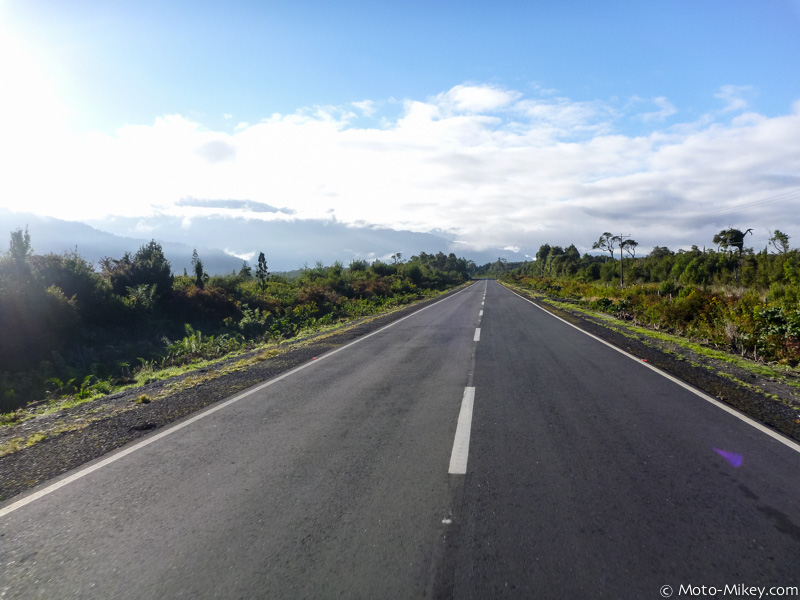 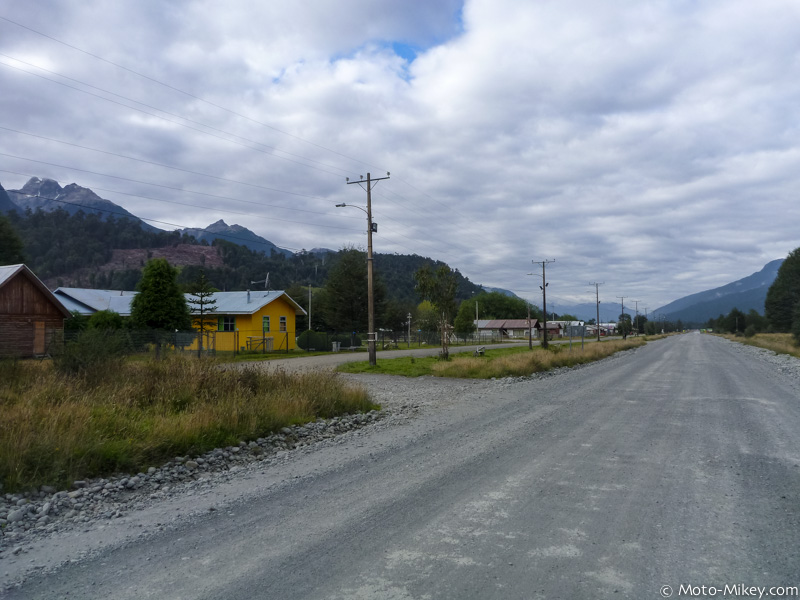 The Carretera Austral is in the process of being paved more and more every year. Within the next 2-3 years, the entire thing will likely be paved.. 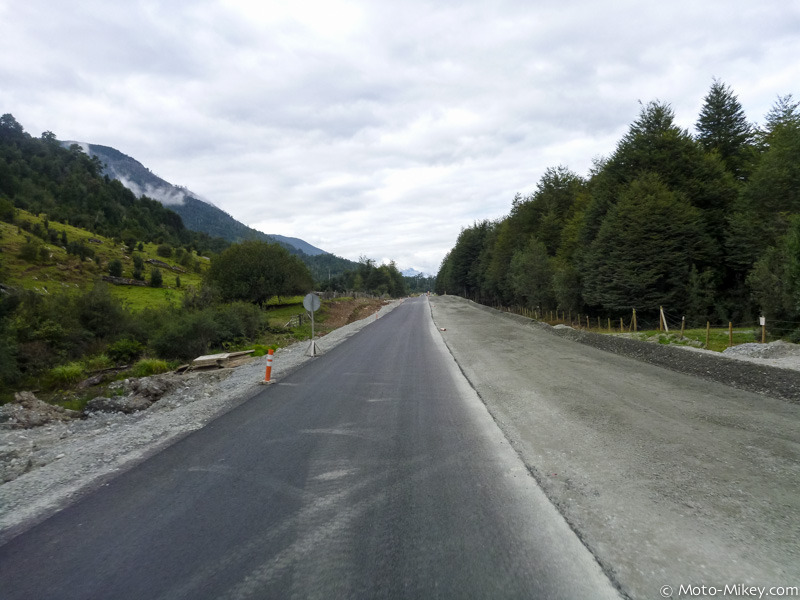 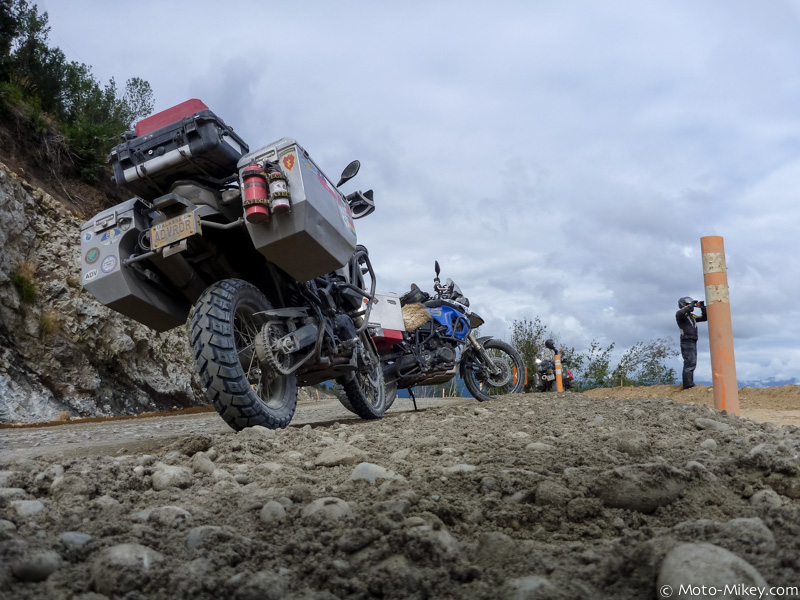 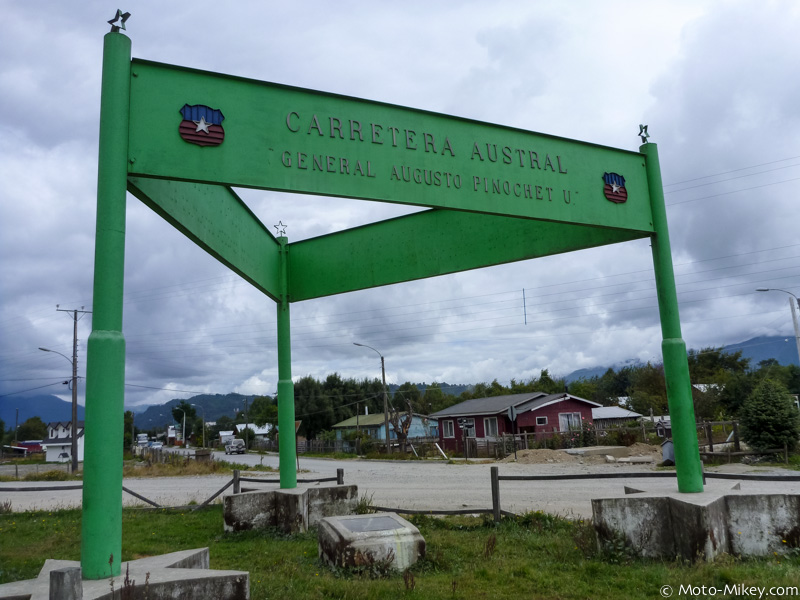 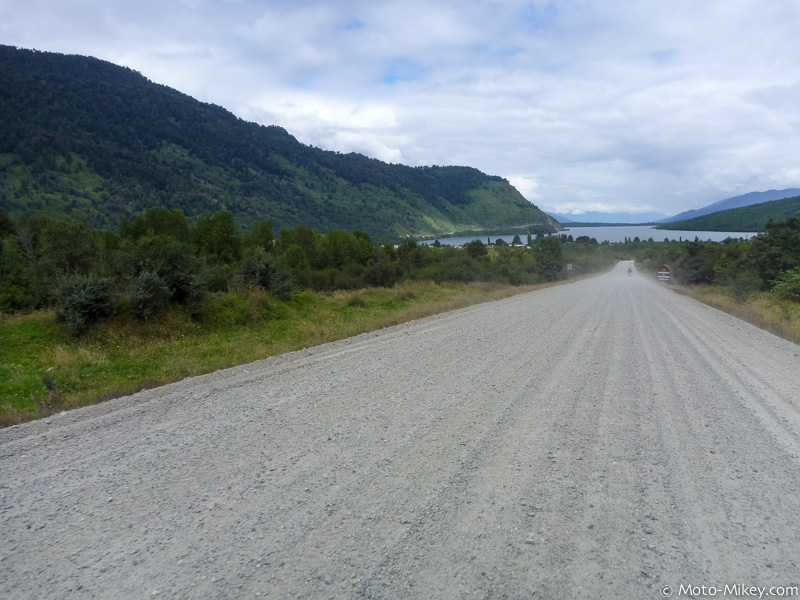 We stopped at one of the many National Parks in this section of Patagonia to check out a glacier. Keith and Gus were crazy enough to go for a swim in the frigid glacier fed lake.. Not me! 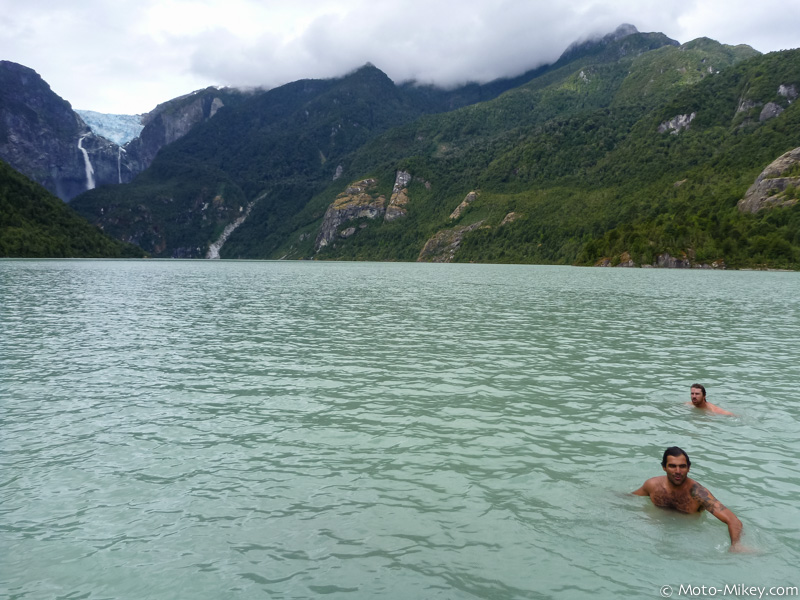 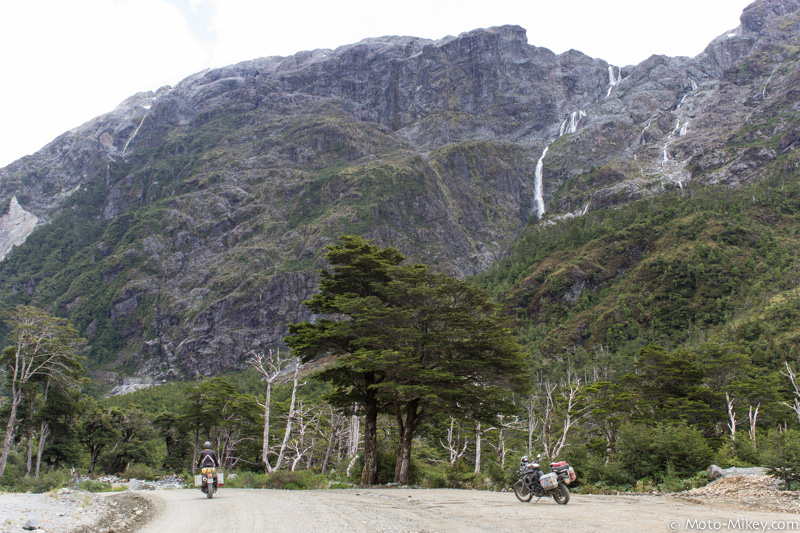 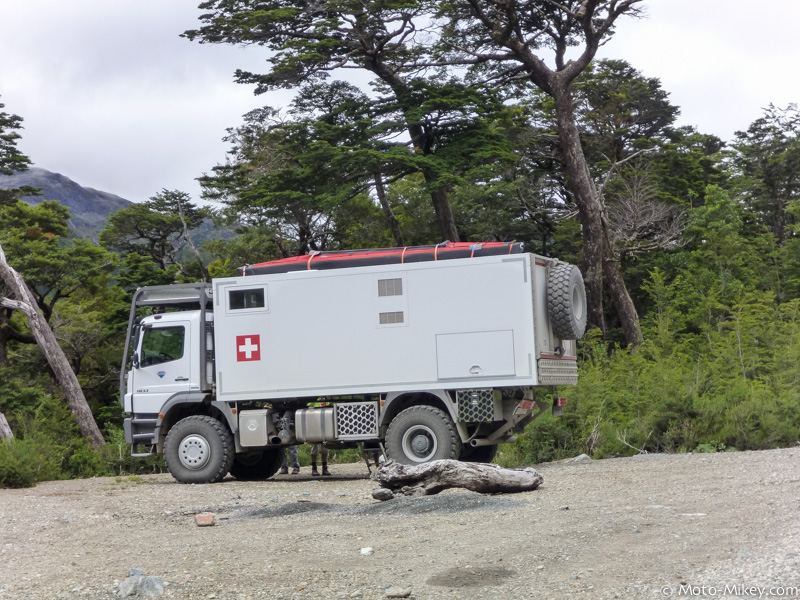 The rest of the day was spent cruising through awesome scenery packed with glaciers, snow capped mountains, water falls and dense green forests. It’s a huge change from Northern Chile which is all desert. 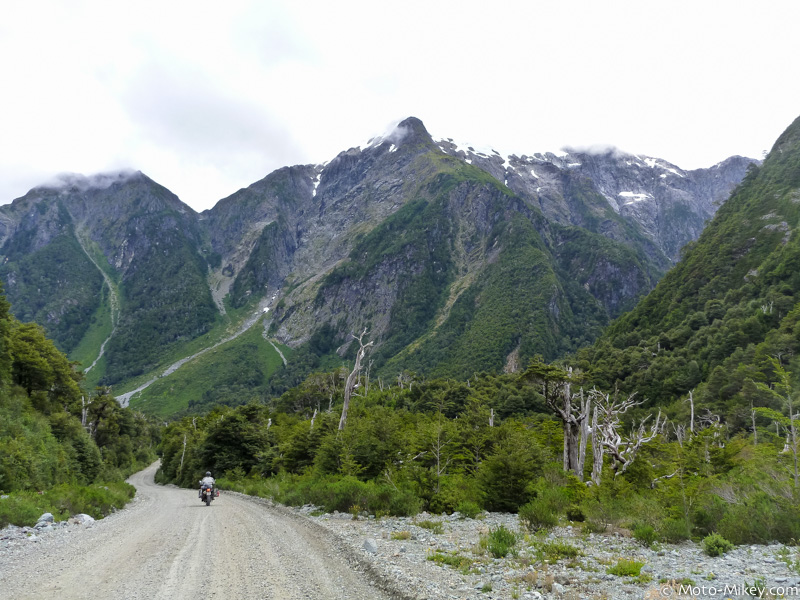 By 1700, we stopped in the super tiny town of Villa Amengual; population about 35 people. It’s so small, it’s not any of the maps (including Google). We found a local hosteria and ate dinner on an old bus that had been converted into a sandwich shop. Pretty cool.. 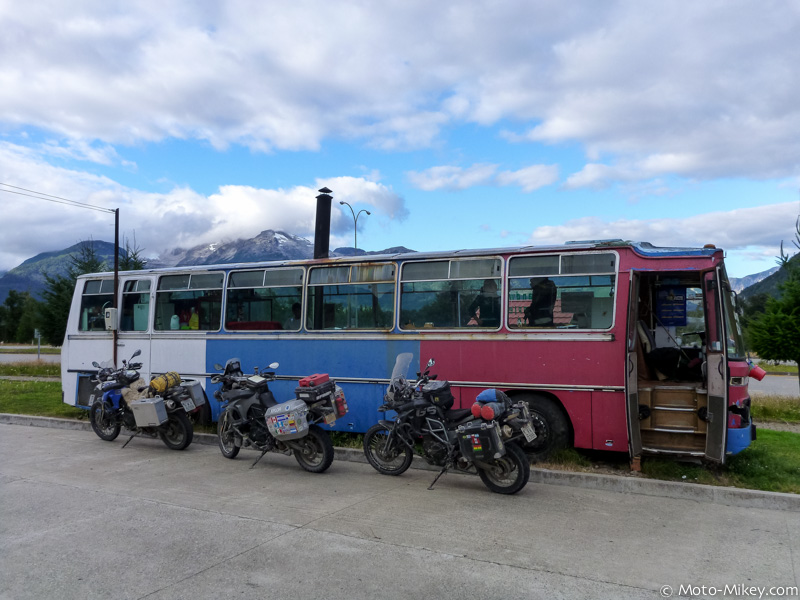 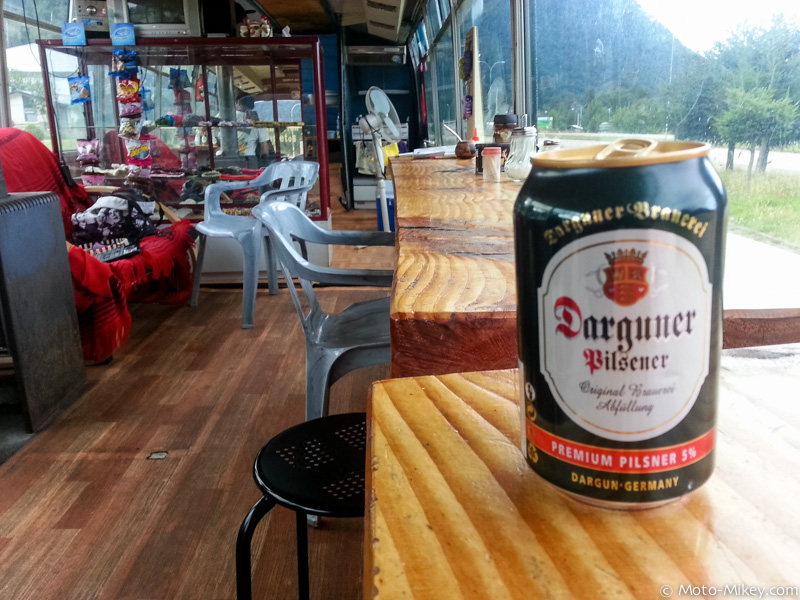