Well, this is it! Ushuaia, Argentina; the Southern most city in the world and where the road officially ends. This isn’t the end of the trip but certainly a major mile stone.

The ride down to Ushuaia was mostly uneventful. About 30km North of the city, there’s a mountain pass that needs to be crossed. I’ve been told that it can snow here anytime of the year.. even in the middle of the summer. 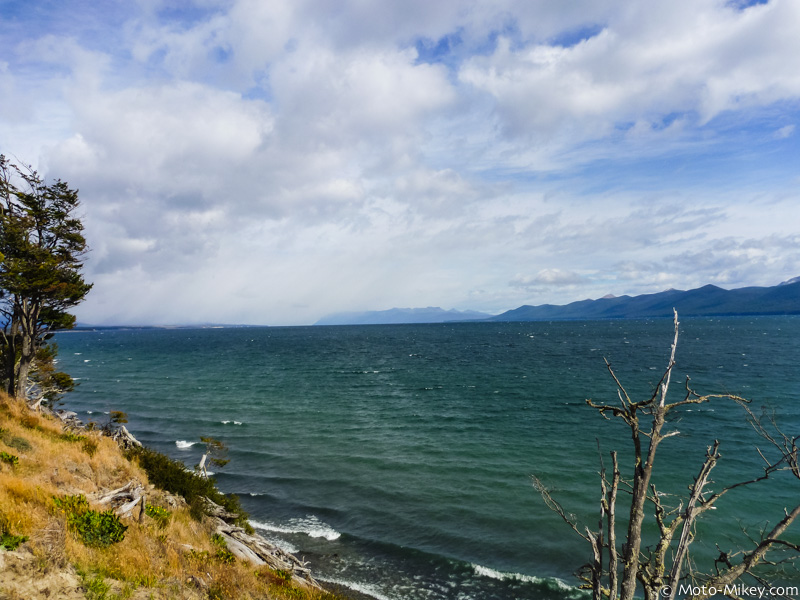 Yup.. as I approached the mountains it started to snow! It wasn’t snowing very hard but it made the experience more surreal. 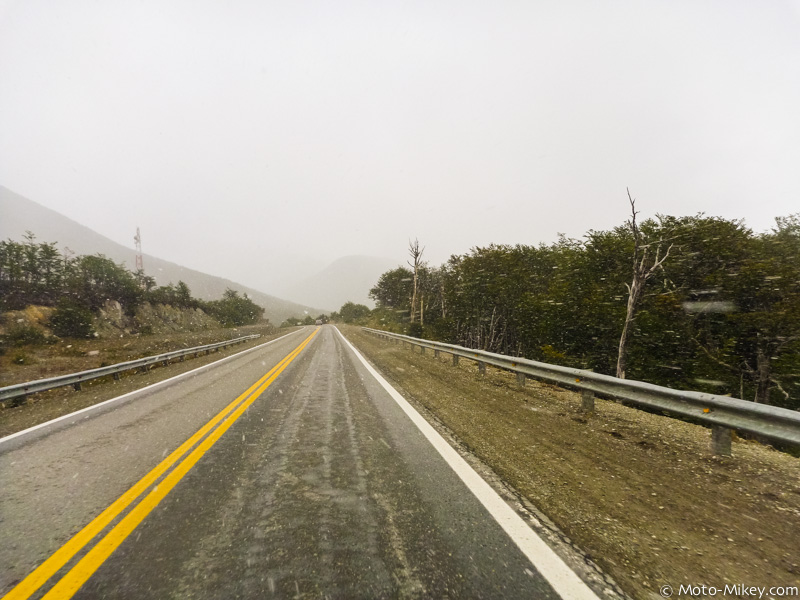 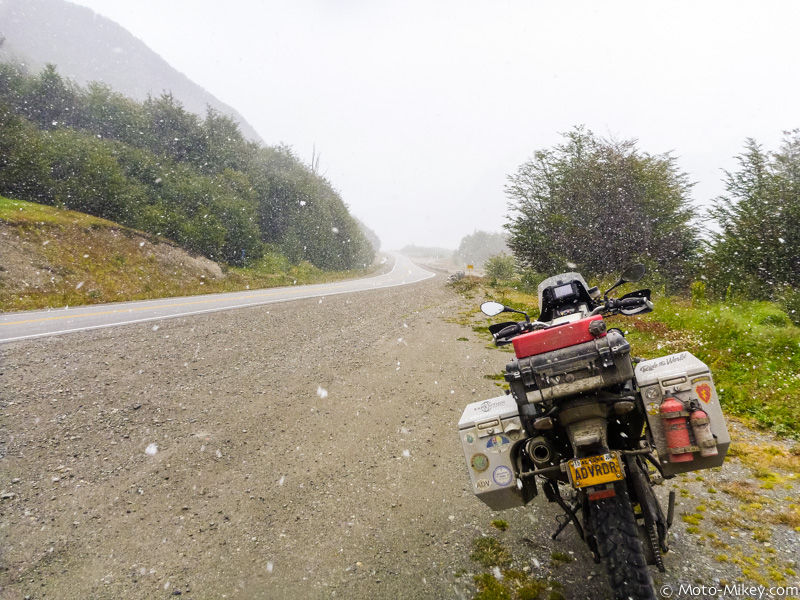 It’s official now! I’ve been from the Northern most point in Alaska to the Southern most city in the world. It took 197 days and over 27,000 miles to get this far. Sense of accomplishment? I suppose so.. but there’s still a lot more riding ahead of me! 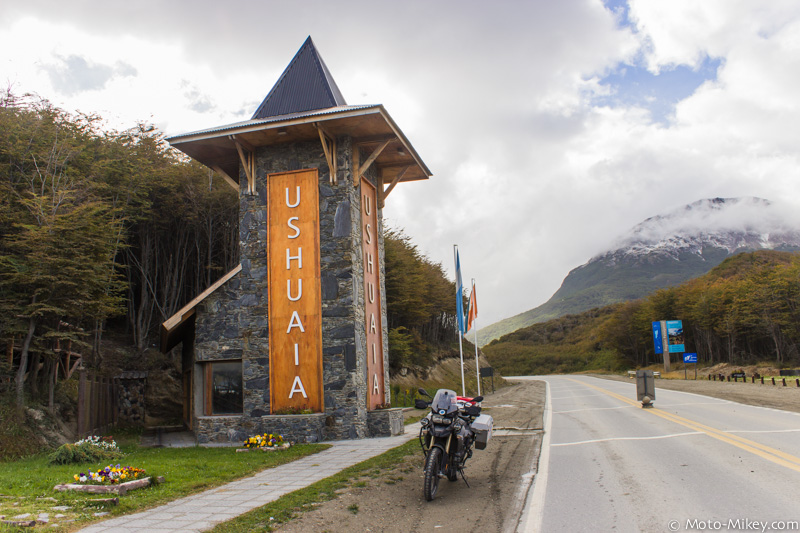 I found an awesome hostel called La Posta which is run by another Argentine biker. Keith and Gus were a few hours behind me and also on their way here. Later on, the 3 of us went out to a local Irish Pub to celebrate and have a few drinks. Apparently we all had a bit too much to drink and we were all hung over the next day 😯

The next day we got a late start (hung over) and rode into the TdF National Park to get the famous sign photo, proving that you’ve made it this far. 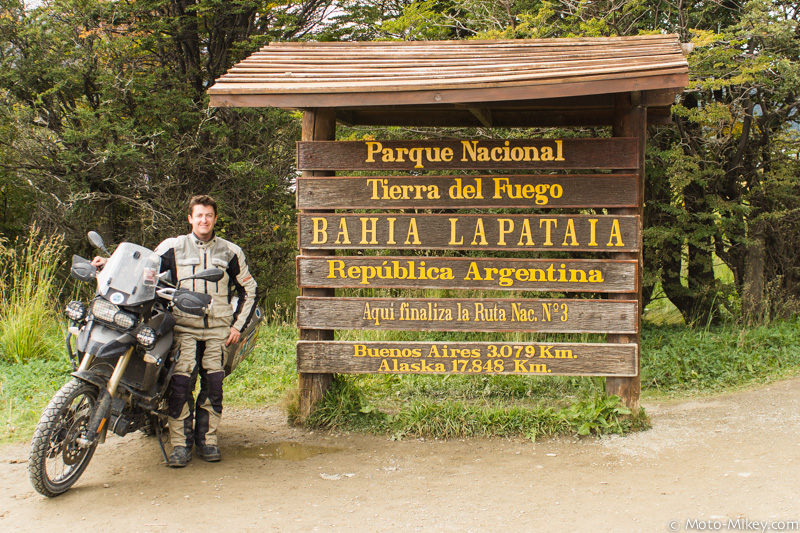 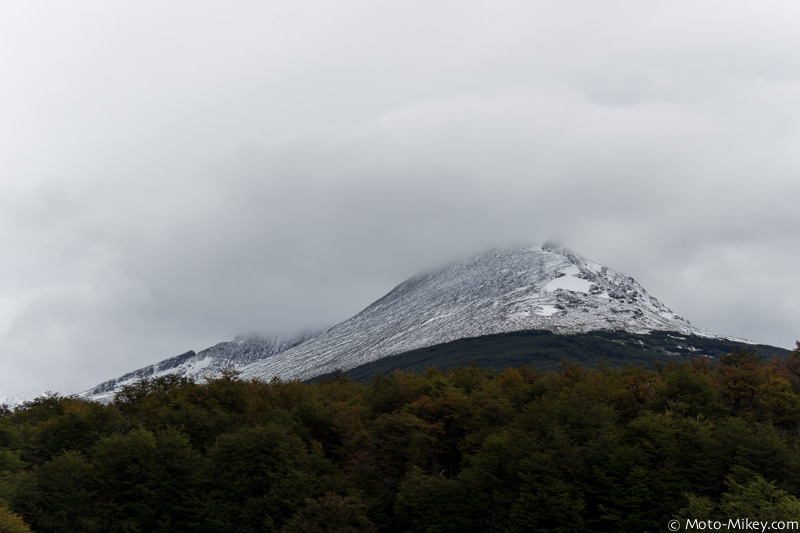 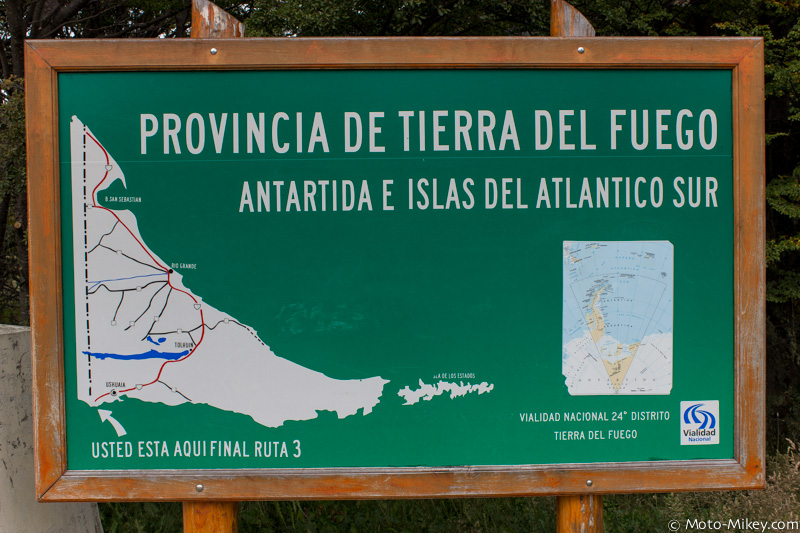 After being touristy and running a few errands, we went back to the hostel to work on the bikes a bit. 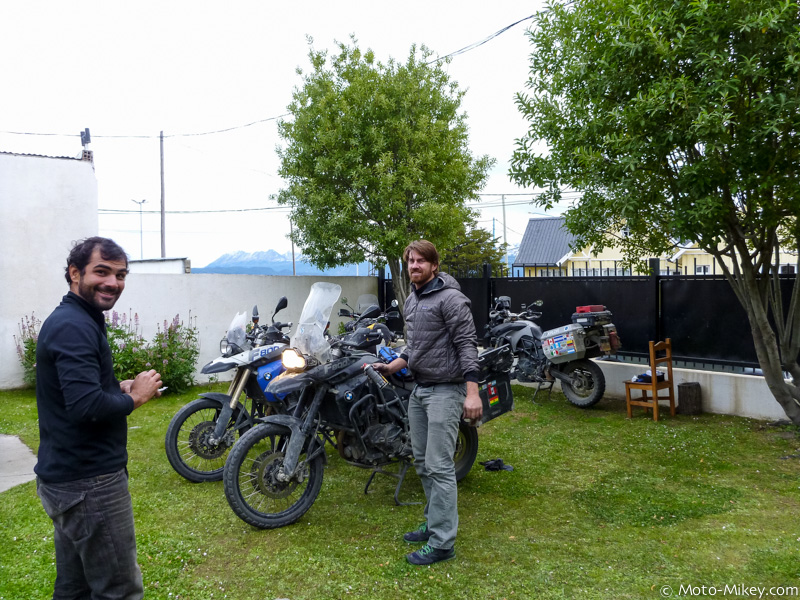 I had wanted to stay for an extra day but the weather was forecasting for a snow storm the next day, so thought it be better to get outta here before I get snowed in.