No solid plan for today.. except some good mountain riding in the Cordillera Blanca.  Trevor, who I rode with back in Mexico and is now a few weeks ahead of me, recommended I check out a newly paved road that goes over the mountains through the Huascarán National Park, so that’s where we headed off to this morning. 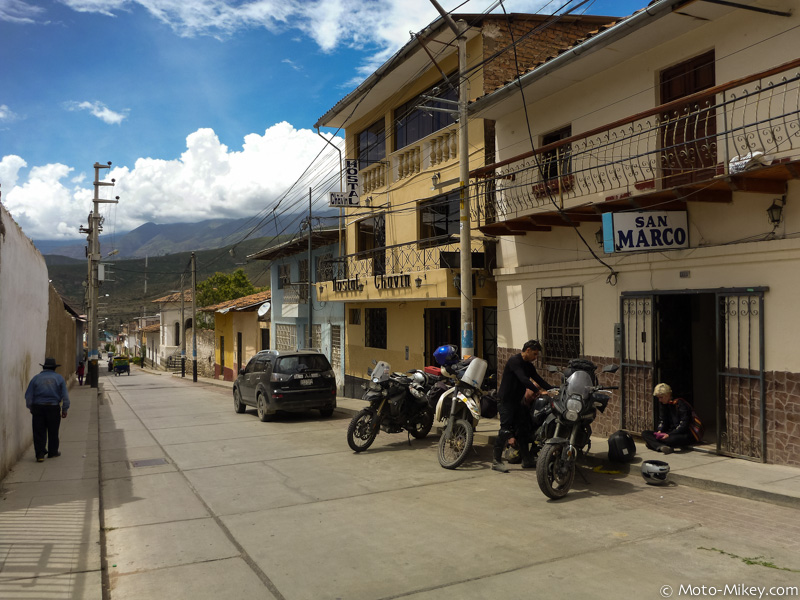 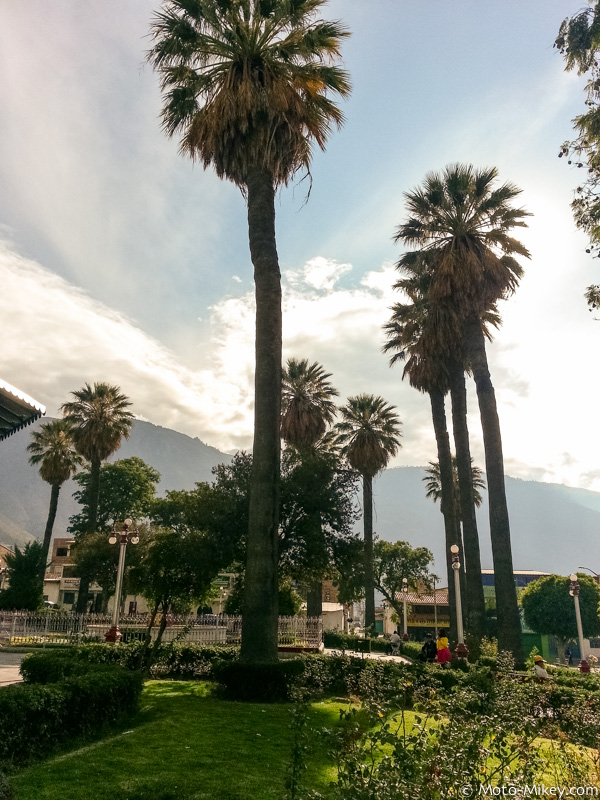 Riding up and over the Cordillera Blanca.. absolutely amazing ride and a must do if you come to Peru. 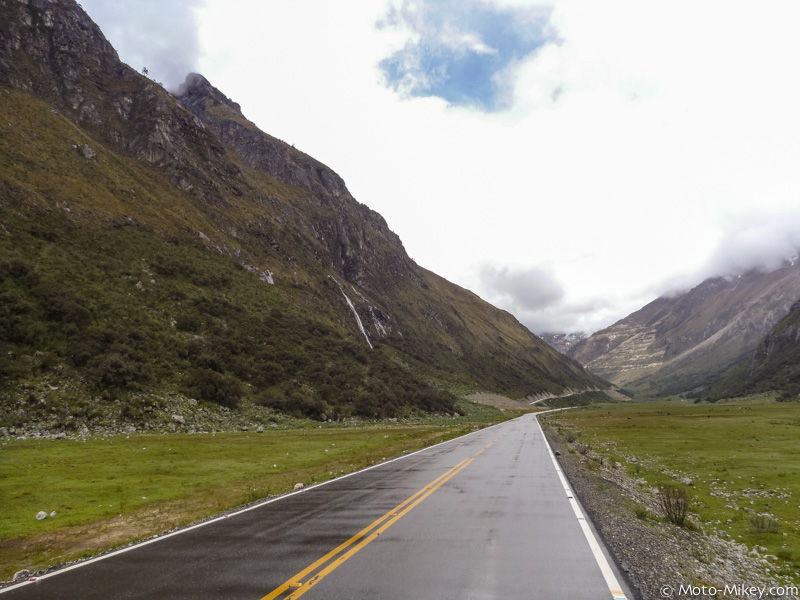 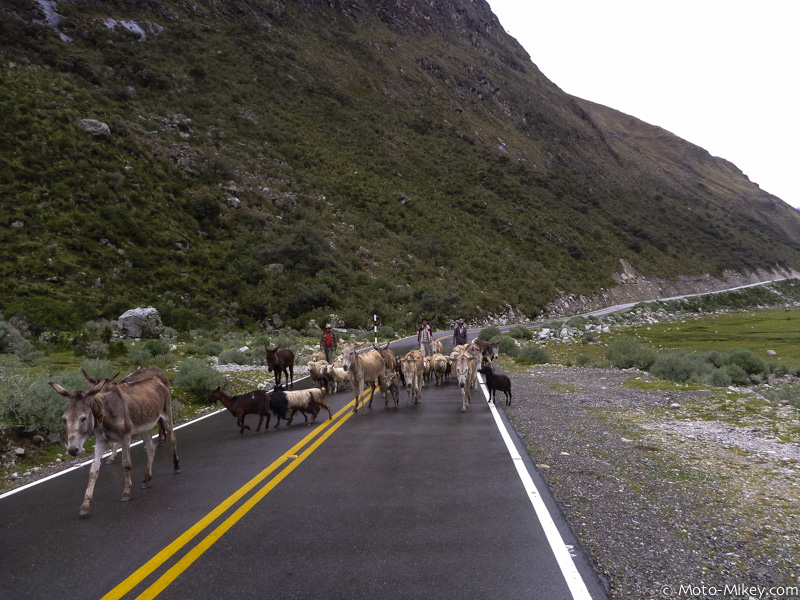 A cool 1,300 meter long tunnel at the top. It was snowing too! Cold! I left a Moto-Mikey decal somewhere 😉 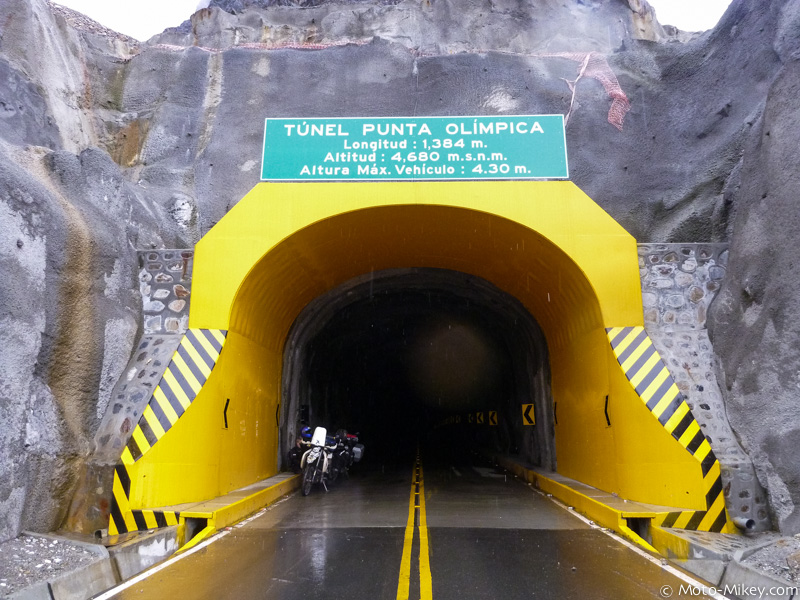 On the other side of the mountain in was sunny and warmer.. great ride down too. This place is fantastic.. glaciers, twisty roads, scenery and hardly any traffic. 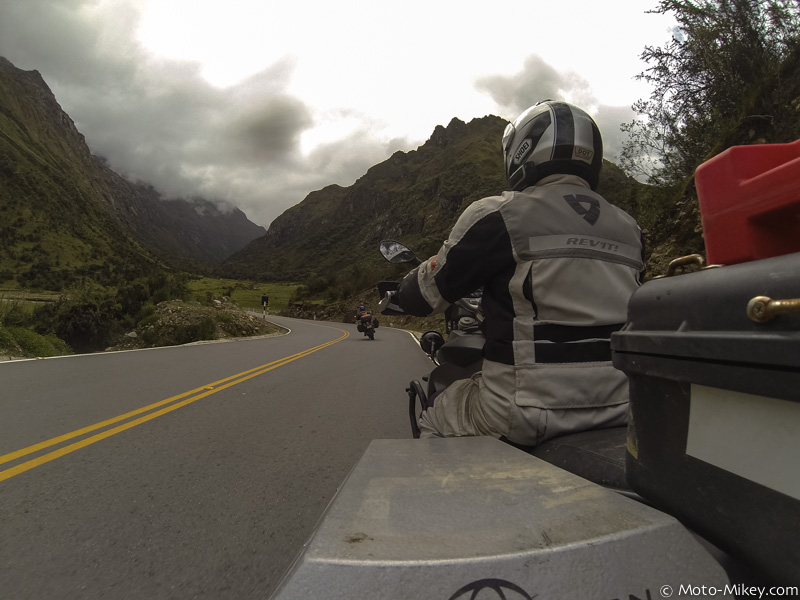 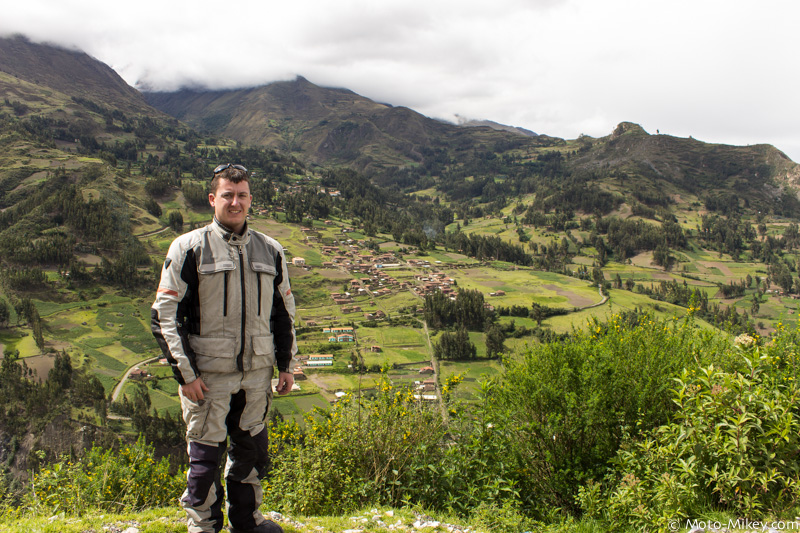 After riding to to the top of the mountain, Fabian and Sarah decided to turn around and ride back towards Huaraz. They were worried about the dirt roads on the other side of the mountain range. For Hugo and myself, some dirt roads were just what we were looking for. 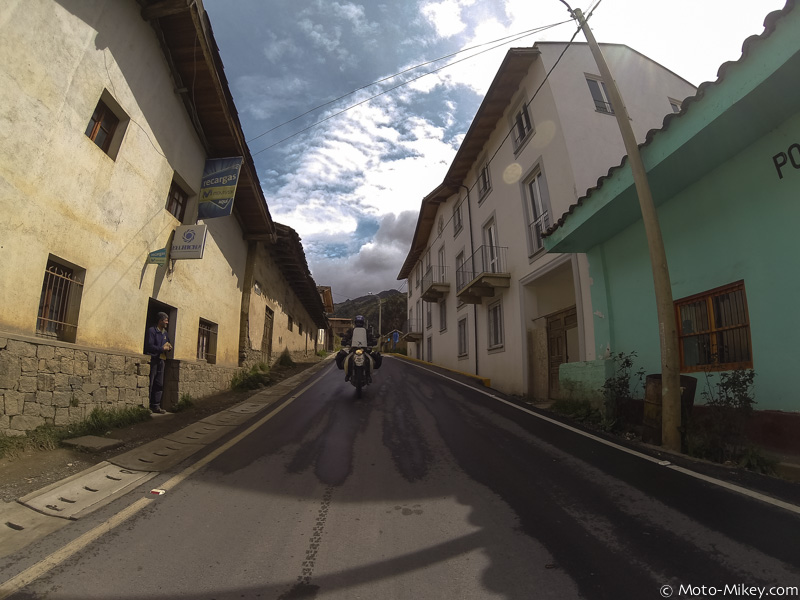 We rode down to the very small town of Chacas for a late lunch/early dinner. Shortly after pulling into the main plaza, a women approached and invited us into her restaurant for something to eat. She cooked us up 2 plates of Lomo Saltado (one of my favorite things to eat here in Peru).. after eating and hanging out for a while, we went to pay.. how much? 70 soles! That’s $25 for lunch! It was a huge rip off and should have only cost around 30 soles. I’ve been told to always ask the price for something before consuming (such as a meal), otherwise many Peruvians will take advantage of you, such as in this instance. Unfortunately this wouldn’t be the last time I encountered something like this.. sigh. A learning experience I suppose.

After eating (and getting a bit pissed off) we deciced to get outta Chacas and stay in the next town we came across. This turned out to be another tiny town called San Luis. After poking around town for a few minutes we found the only hotel with parking. I did some photo editing and called it an early night.

The next morning we were up early for what was expected to be a big day of riding some Andean dirt roads. Lots more photos: 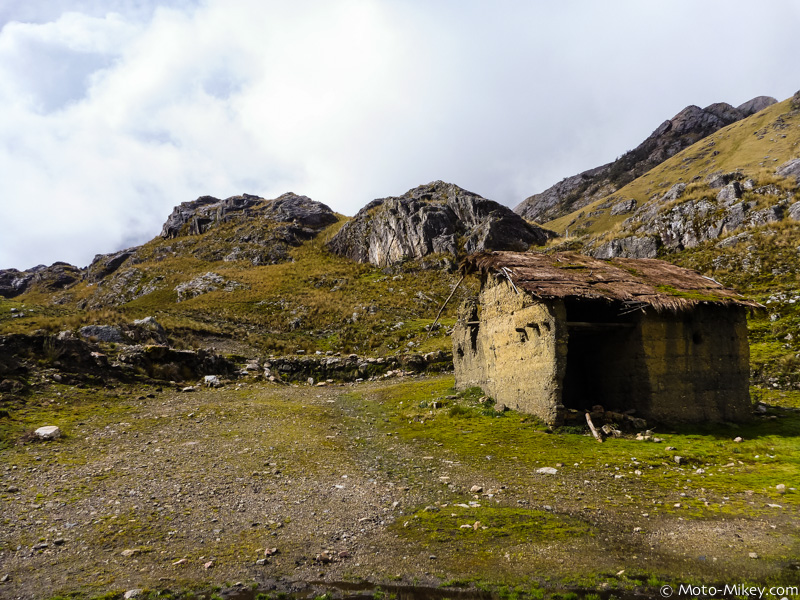 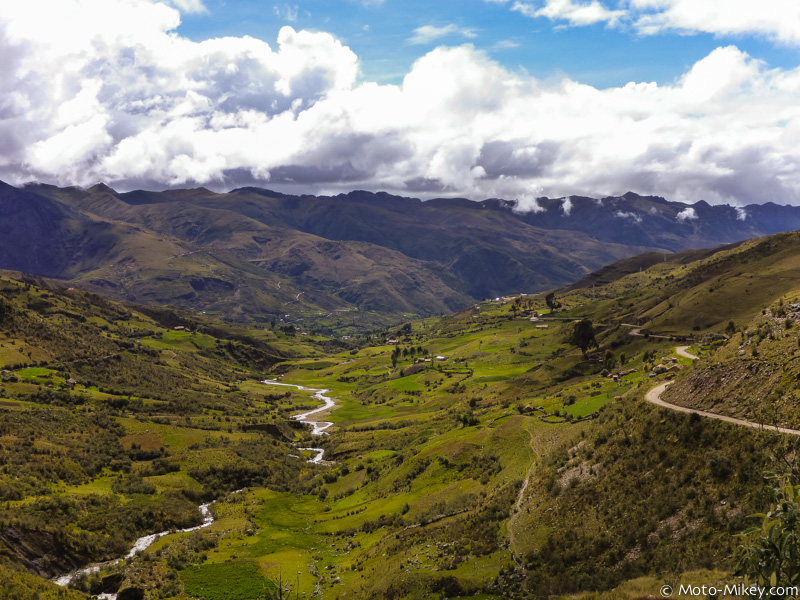 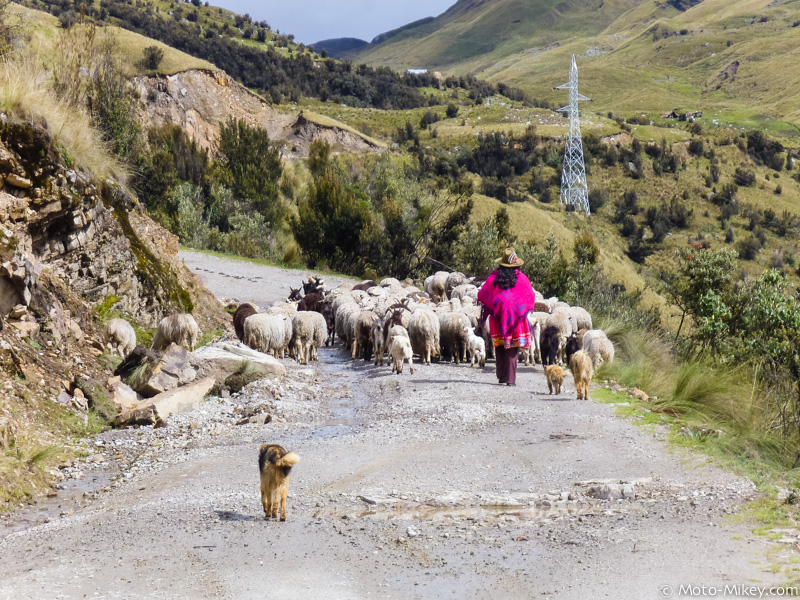 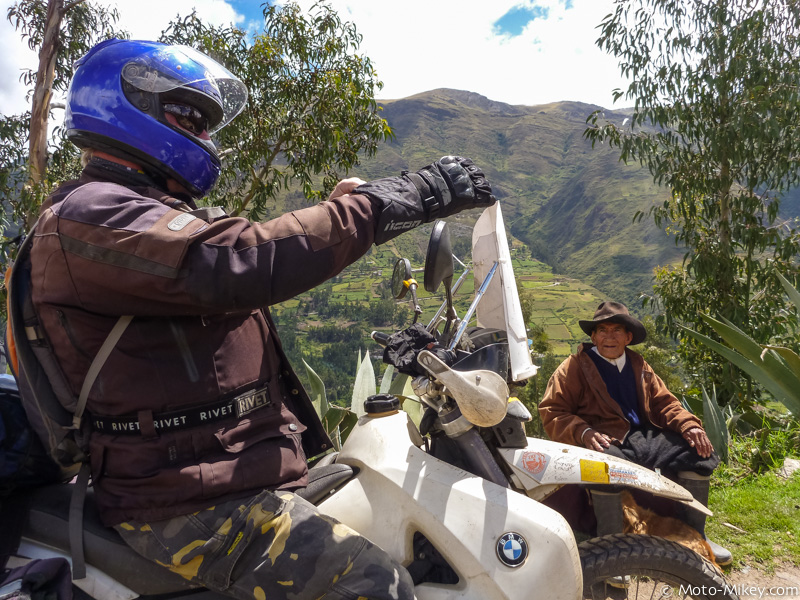 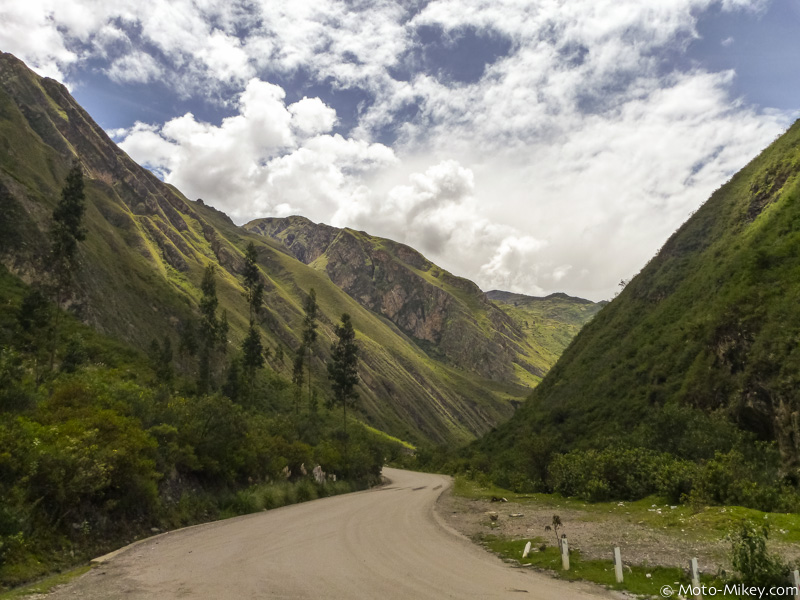 Traffic jam in the high Peruvian Andes? More likely than you think! 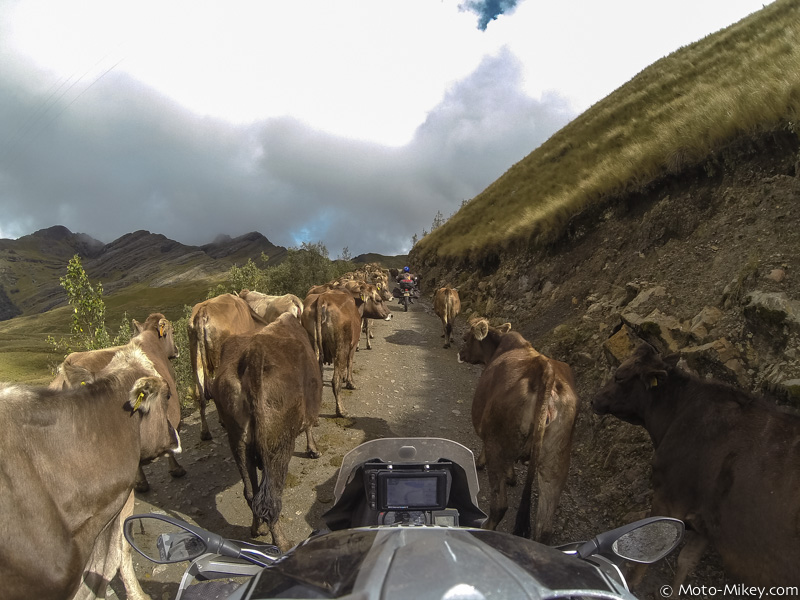 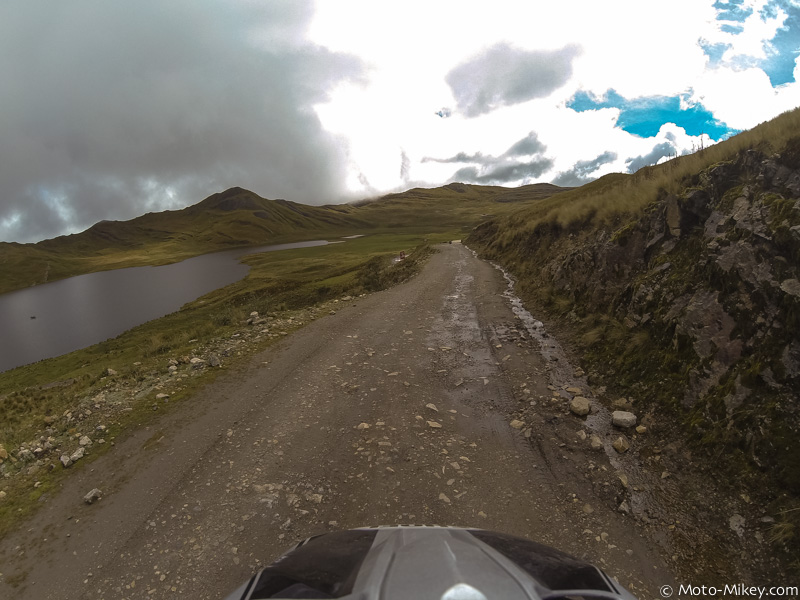 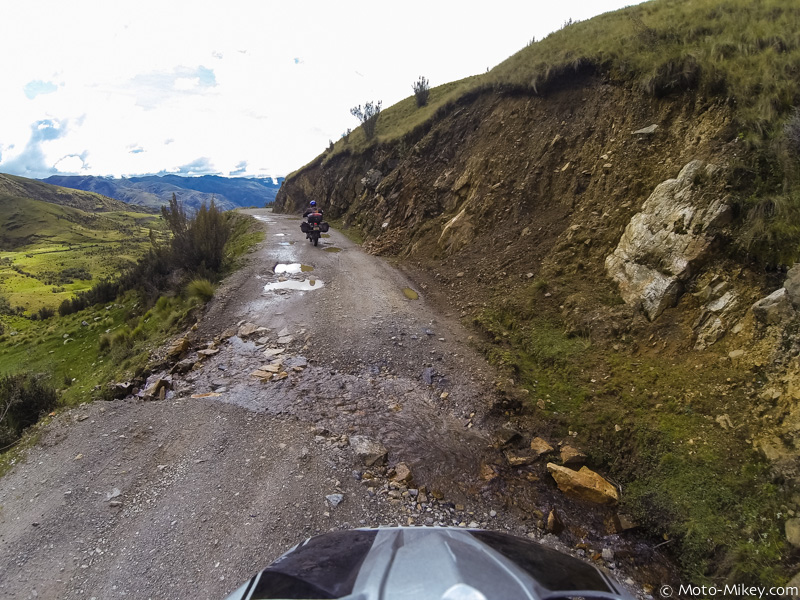 We had a few set backs during the day which required changing our route a few times and back tracking.. We arrived into the town Chavin de Huantar and found out that the road we initially wanted to take was closed due to a land slide.. well, okay, no problem. There’s another way we can go. So off we went on our first detour.. only to find out that this road was also closed about 10km down.. for some reason there was a huge pile of dirt in the road blocking the way.. not really sure why. We unfortunately couldn’t squeeze the bikes past.. it was just too narrow. 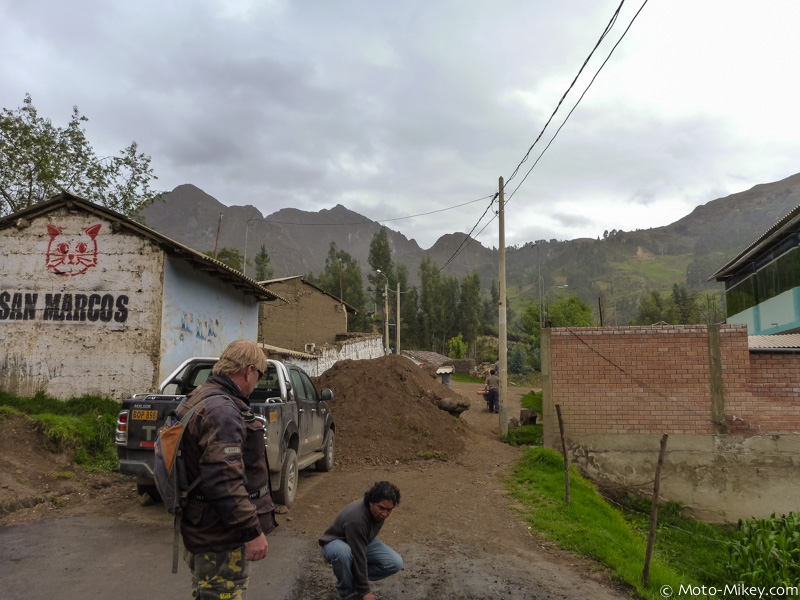 So more backtracking and onto another road which took us up really high up into the mountains along an awesome dirt road. We ended up riding through a HUGE mining site. The roads were a bit sloppy/muddy, but it was interesting. Massive mining operations going on in Peru. 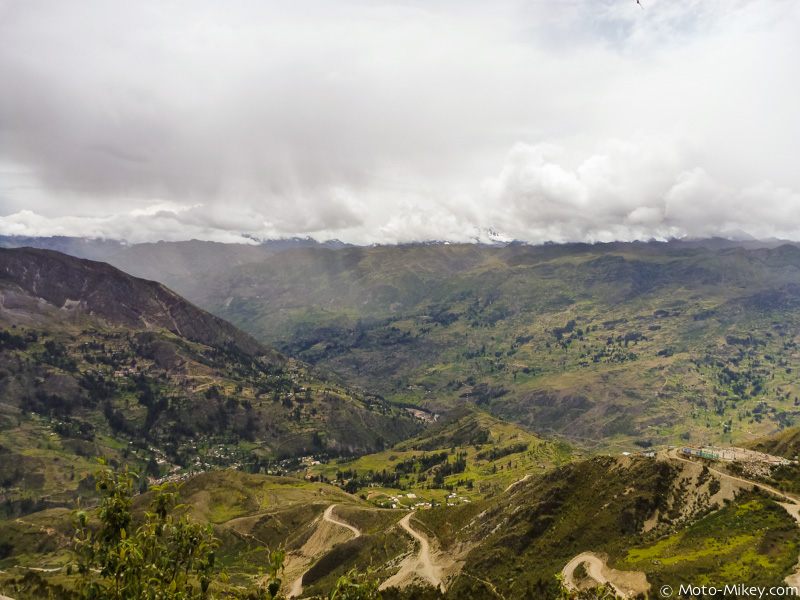 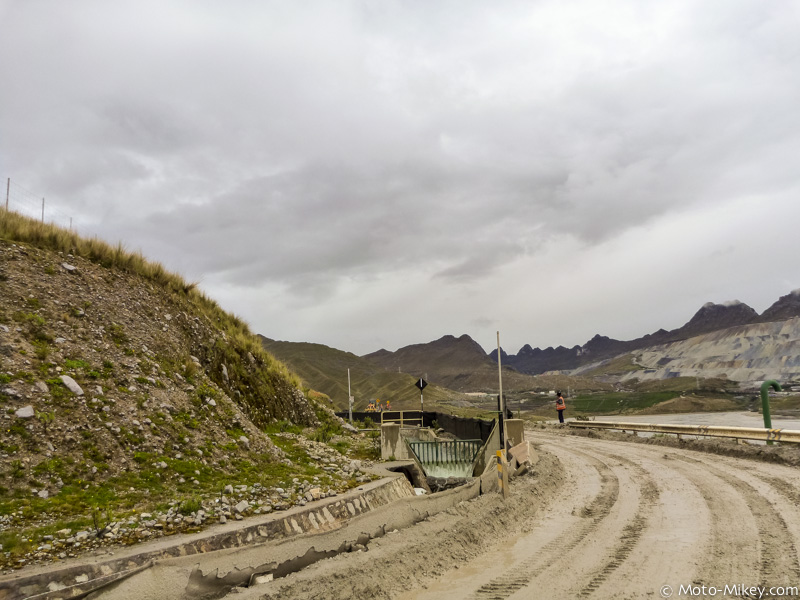 We eventually made it back onto pavement and rode into the small town of Huallanca for the night. Overall, a great couple of days riding around the remote Peruvian Andes. Not many people get to see Peru like we did.. off the tourist trail and passing through tiny Incan villages. Great fun.