A few hundred more kilometers down the Peruvian coast through hot, dry desert. At first it’s an interesting landscape, since it’s like nothing else i’ve ridden through before but it quickly gets boring. 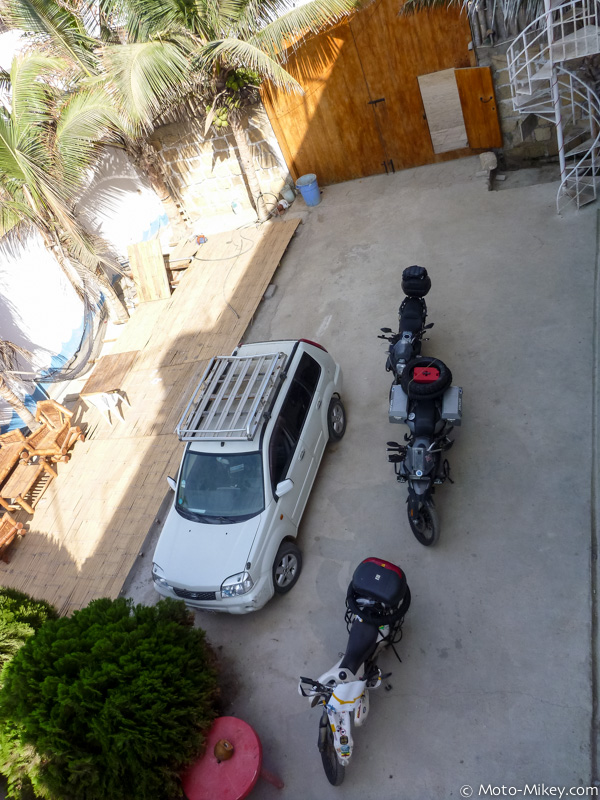 Panoramic view from the hotel: Mancora is known as a party town in Peru. Lots Latino’s from all over South America come here to work and play.

Back on the moto for a few more hours of riding through the desert.. hot, dry, dusty, polluted, and crazy drivers along the Pan-Am. 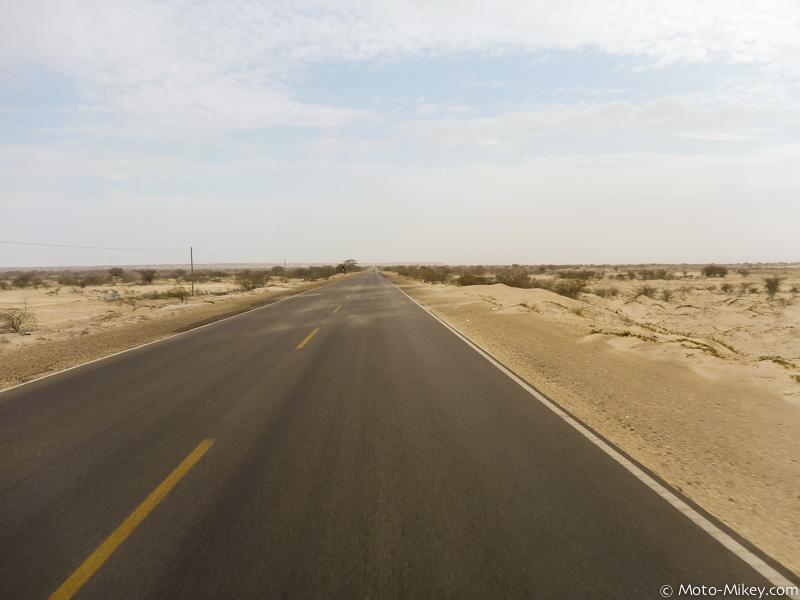 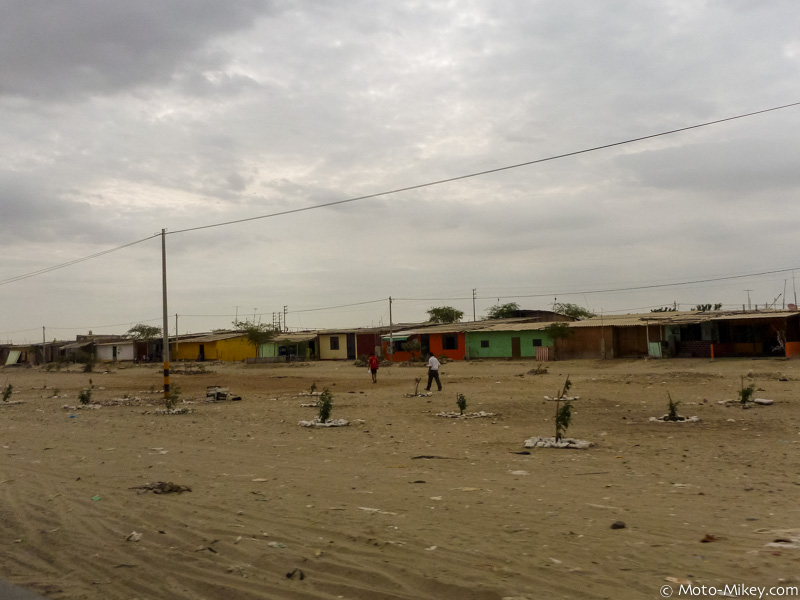 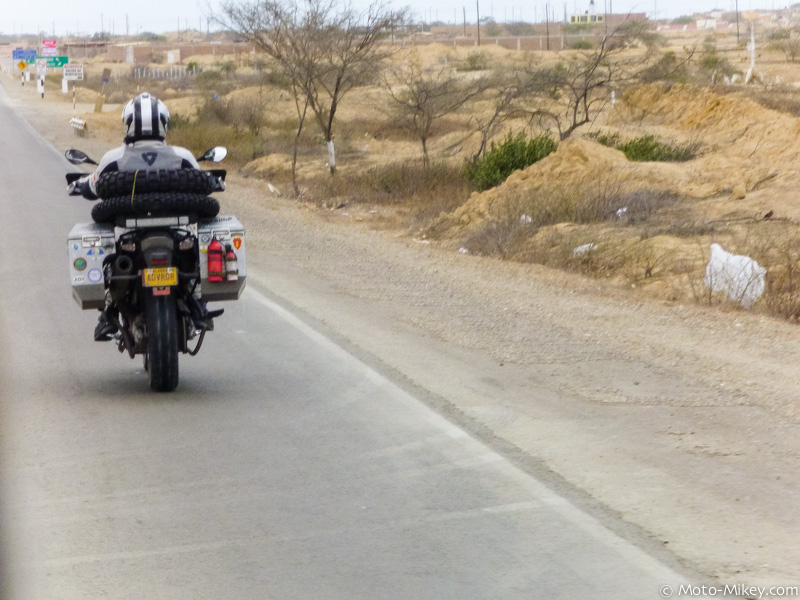 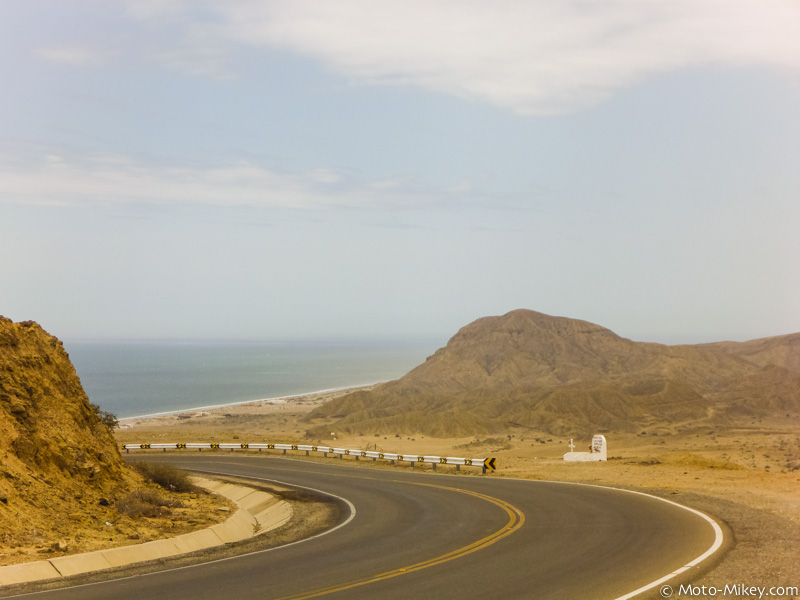 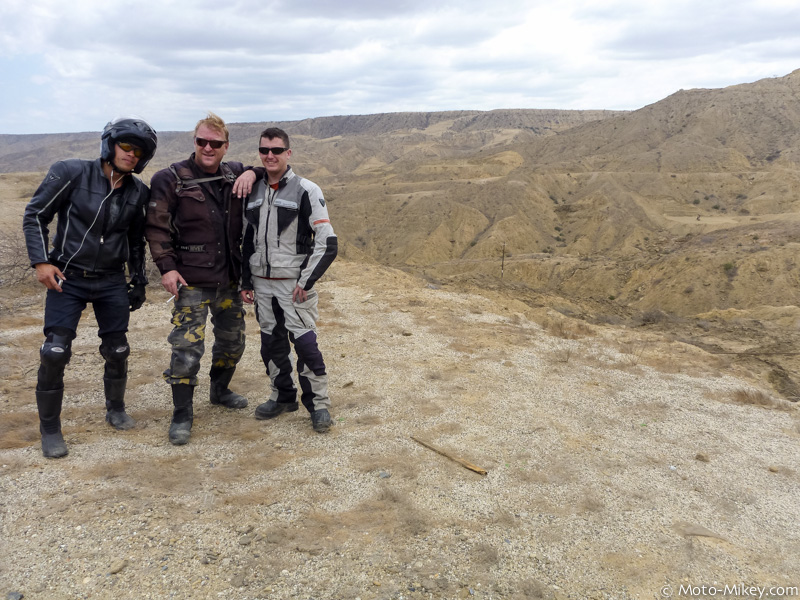 We stopped in a small town for something cold to drink; coco fria was good and cheap. 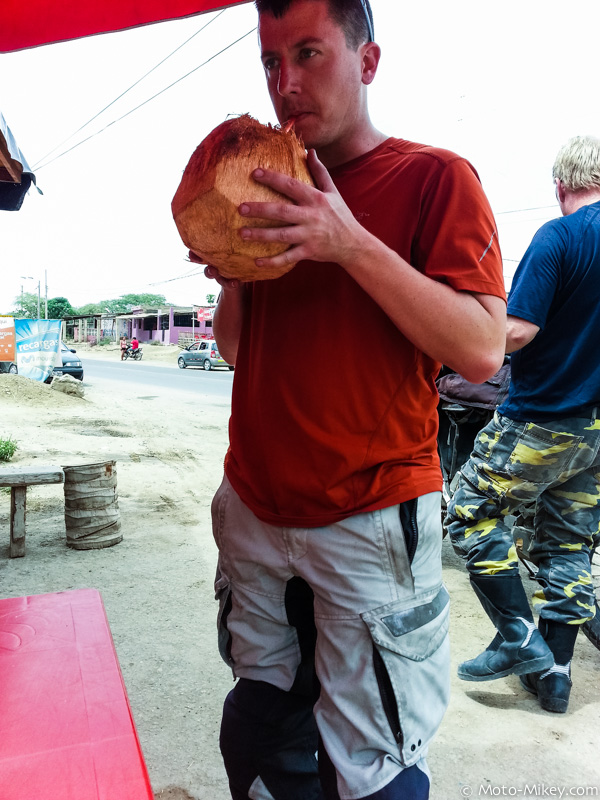 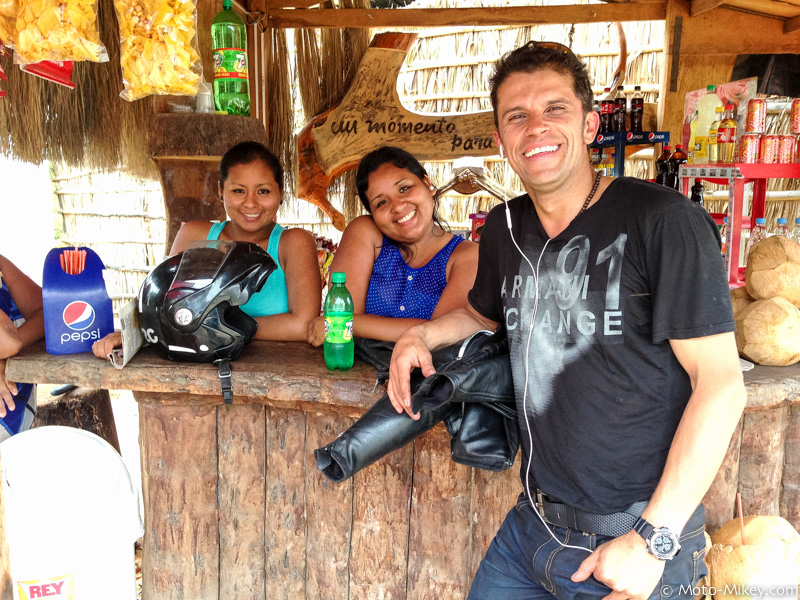 I had the set menu lunch at a small restaurant and it included soup… today’s special cow foot soup.. 😆 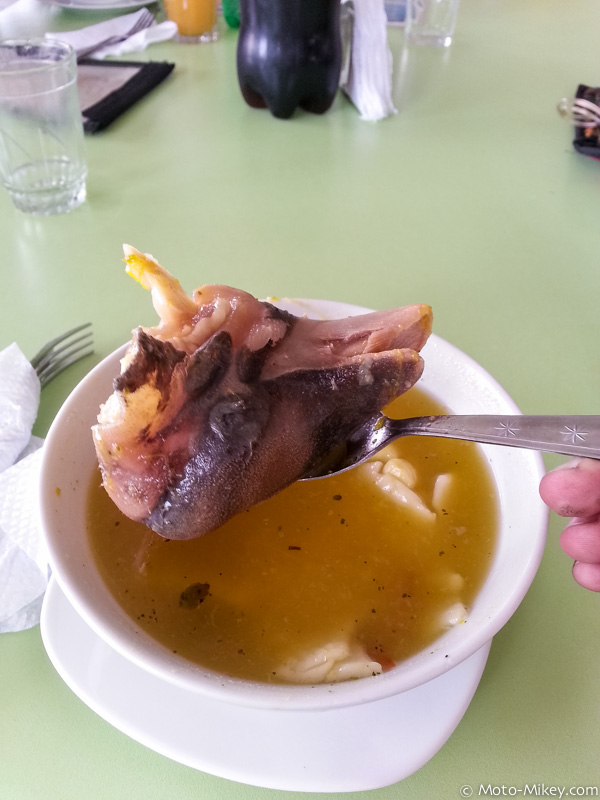 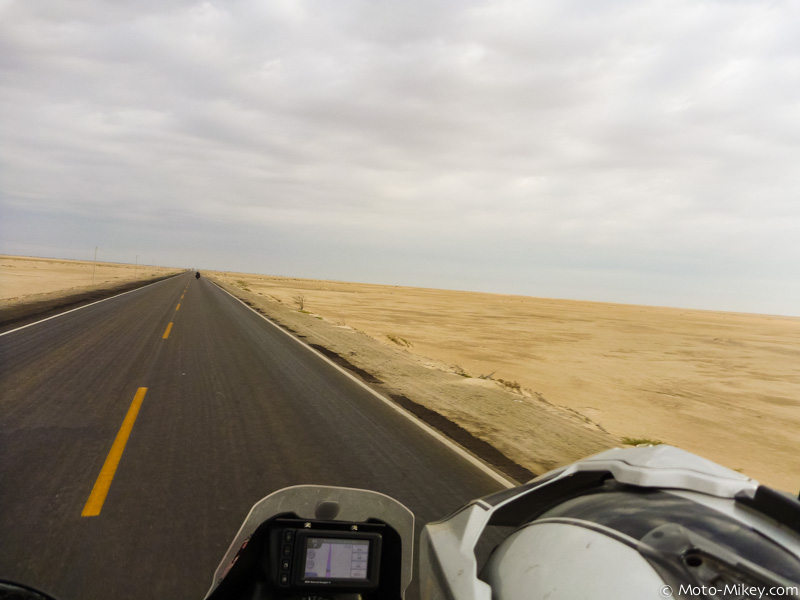 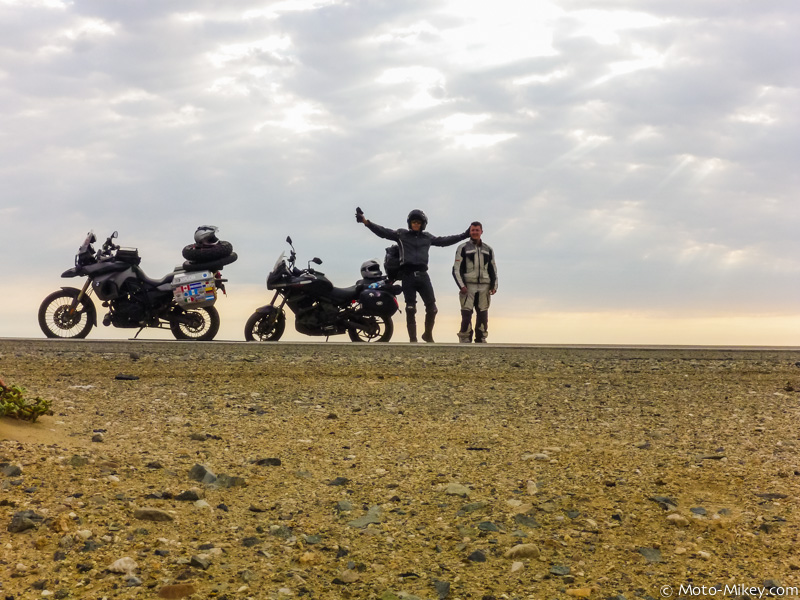 Out in the open desert, it was extremely windy. I had the bike leaned over at about 30 degrees  just to keep it going straight. 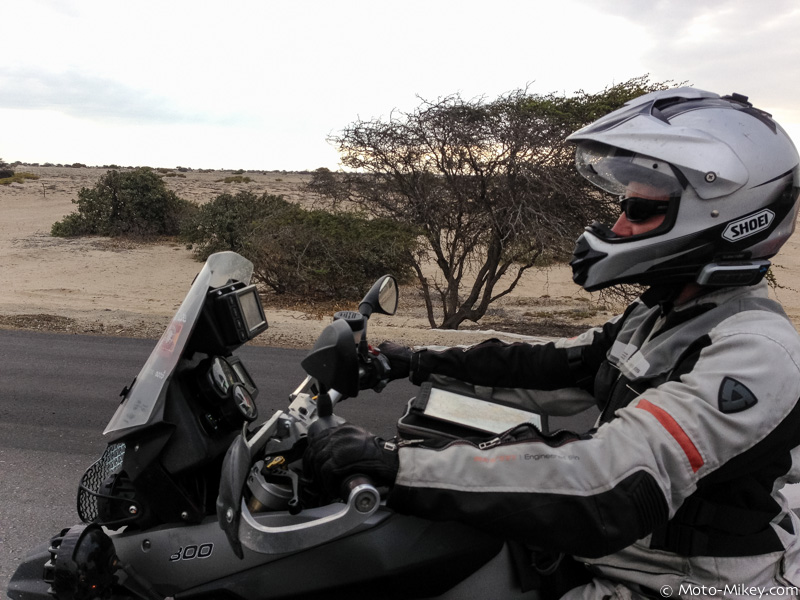 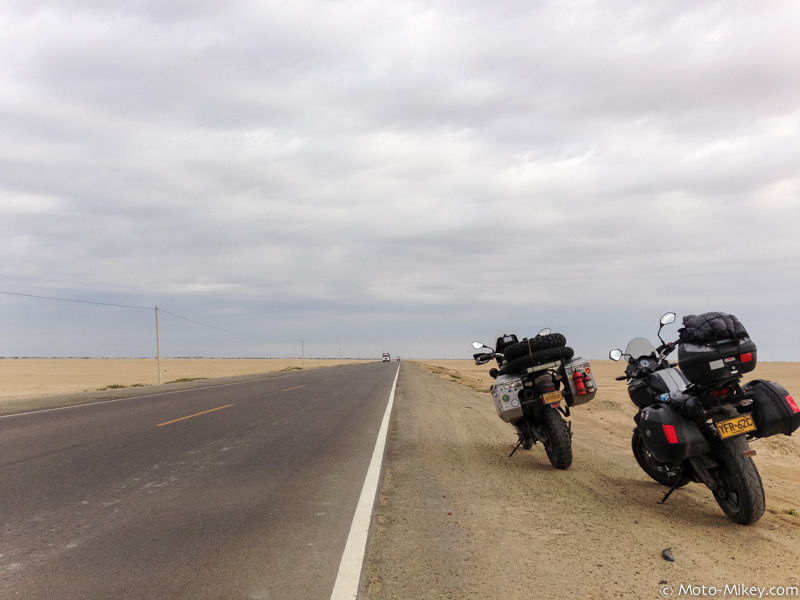 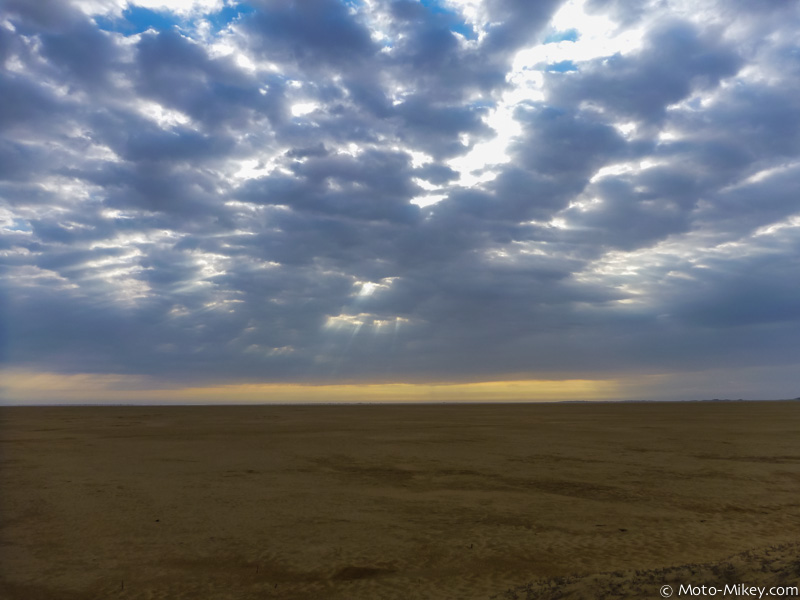 We made it into the city of Chiclayo by around 1900 and went straight to a hotel that I had already picked out the day before. It’s a good thing since the city was loaded with traffic and we were all tired for a long days ride.

Chiclayo was nicer than I expected.. it’s still nothing very special but it did have clean, bustling plaza. It was a reprieve from the ugly desert we had been riding through the day before. 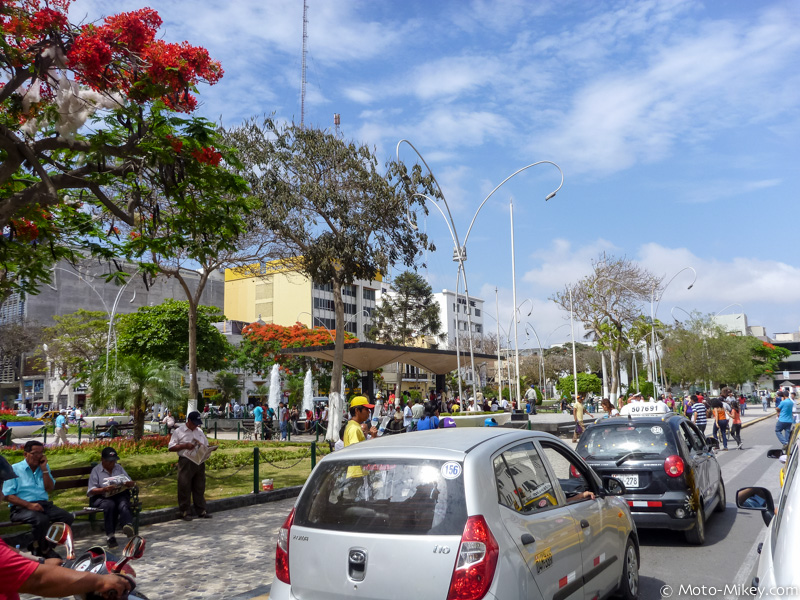 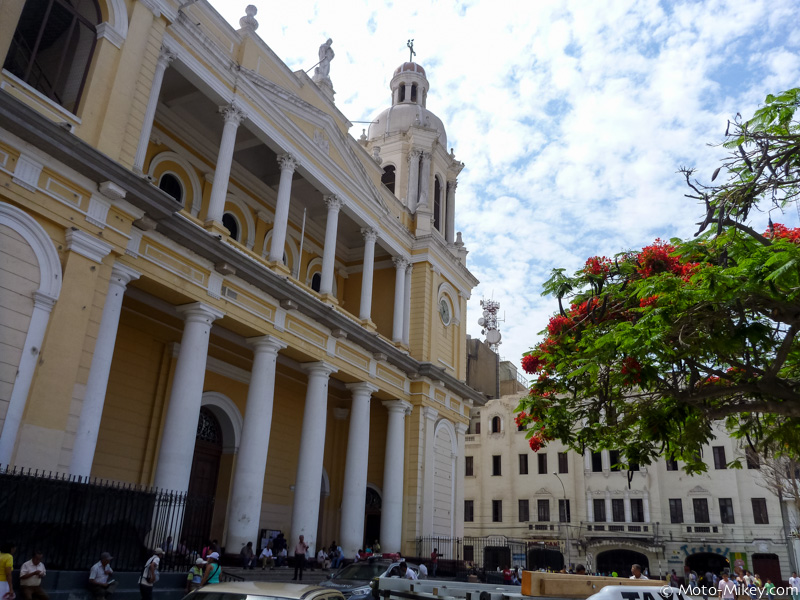 Back on the road for another 100km of desert before the turn off into the mountains. 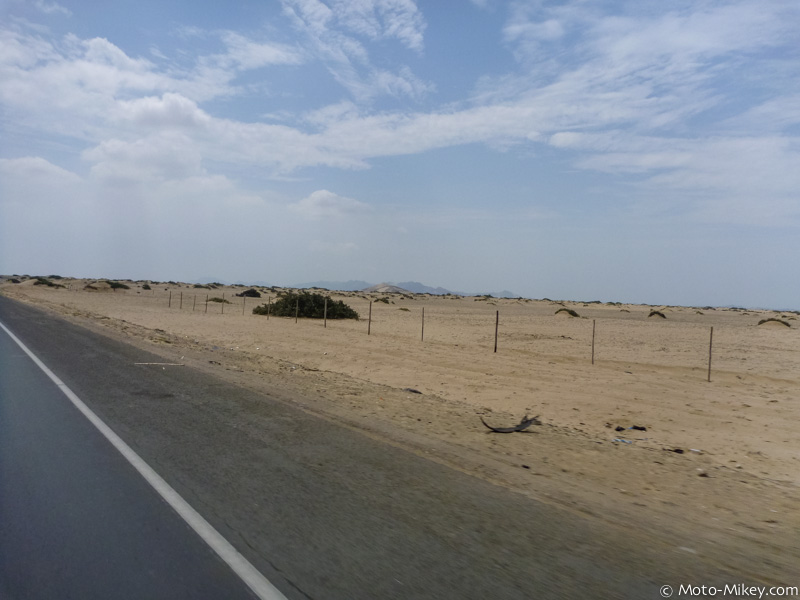 We stopped for lunch and had this black looking drink included with our meal. To me, it tasted like a mix between coffee and coca-cola.. I later learned it’s made from a black type of corn. 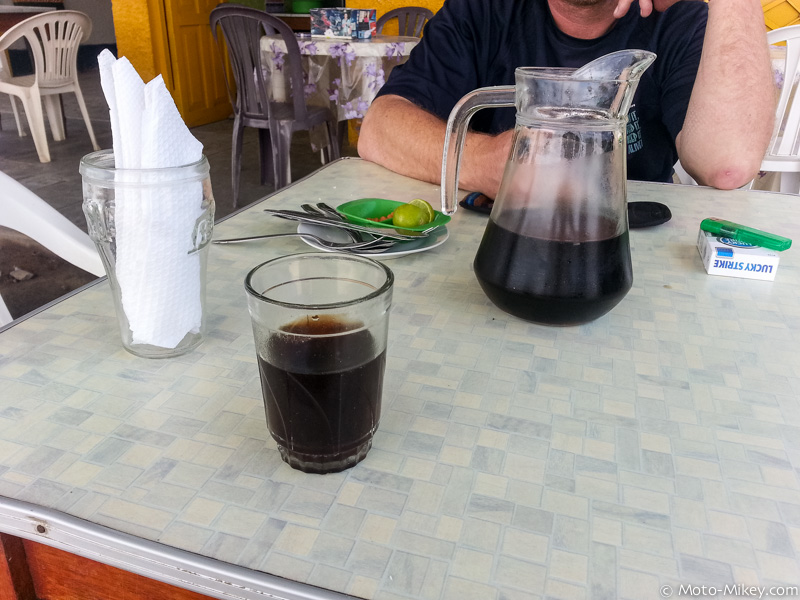 The turn-off point up into the mountains along a river valley. Finally getting to see some green color. 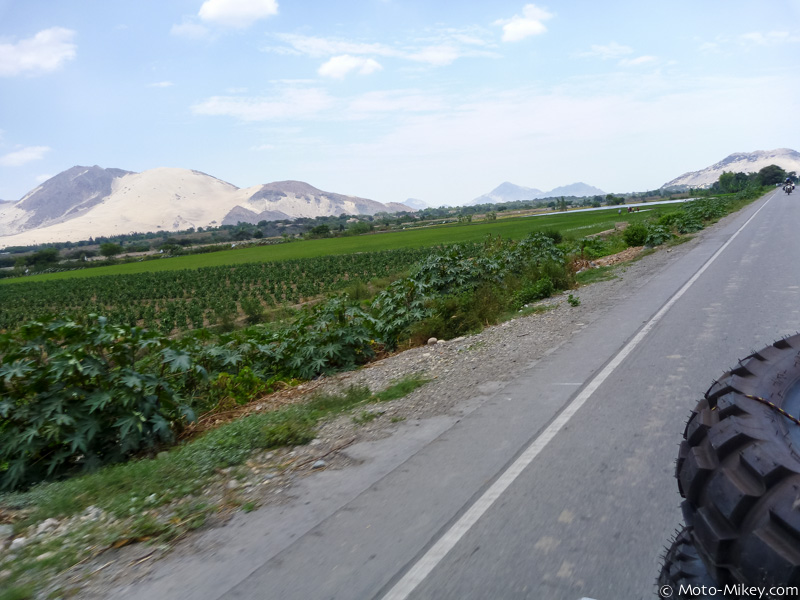 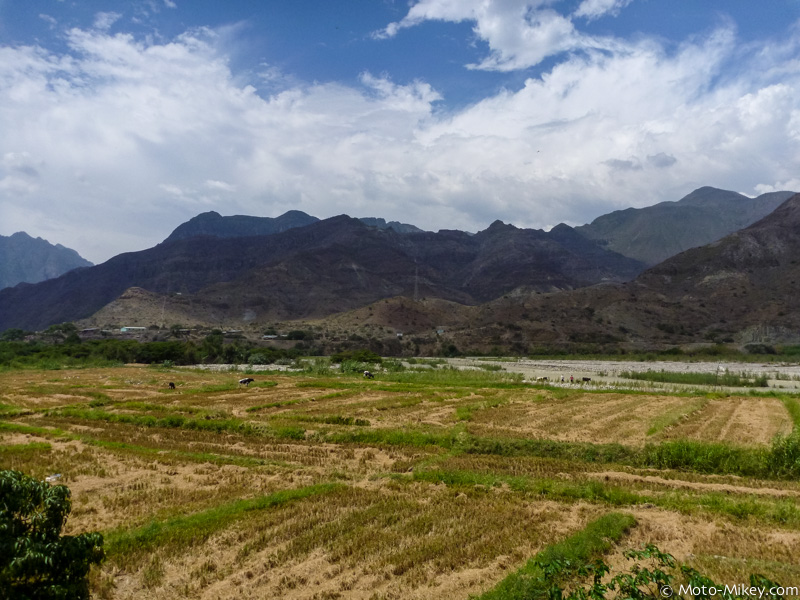 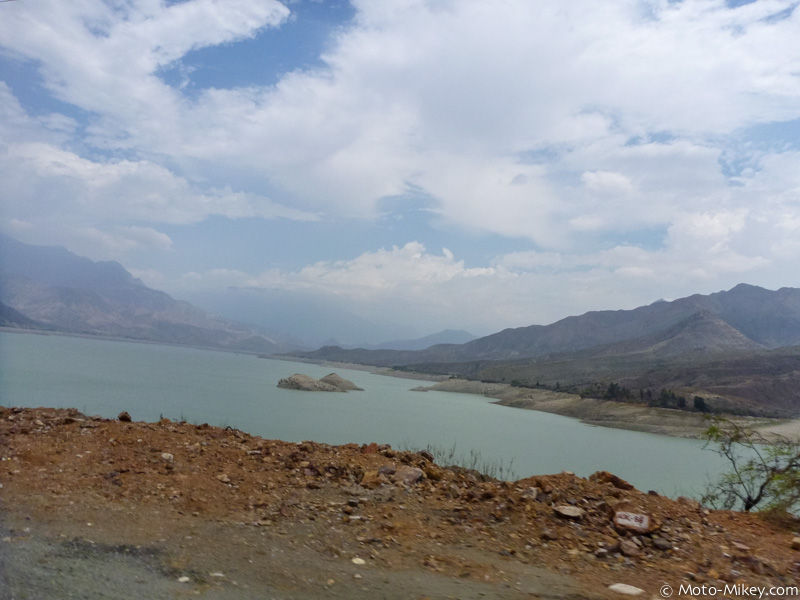 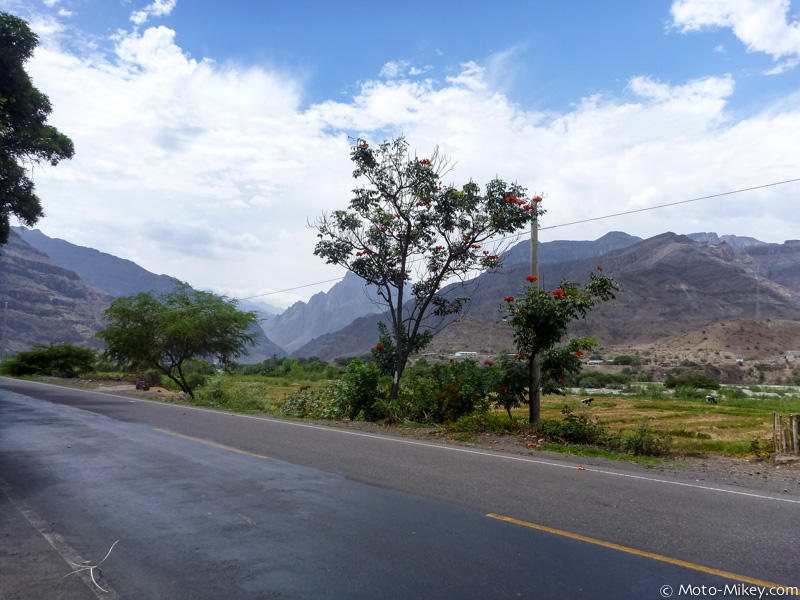 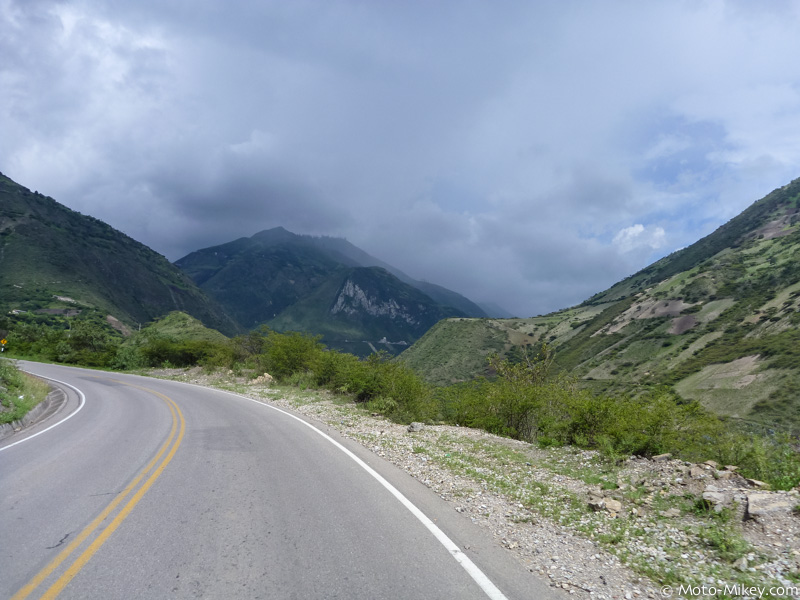 The city/town of Cajamarca is pretty cool. It feels remote since there’s only 1-2 roads that go to it and they all take a few hours of riding to get there.. all the while you’re passing through completely desolate landscape to get there. It’s an overall nice colonial style city with a cool climate and pretty backdrop. 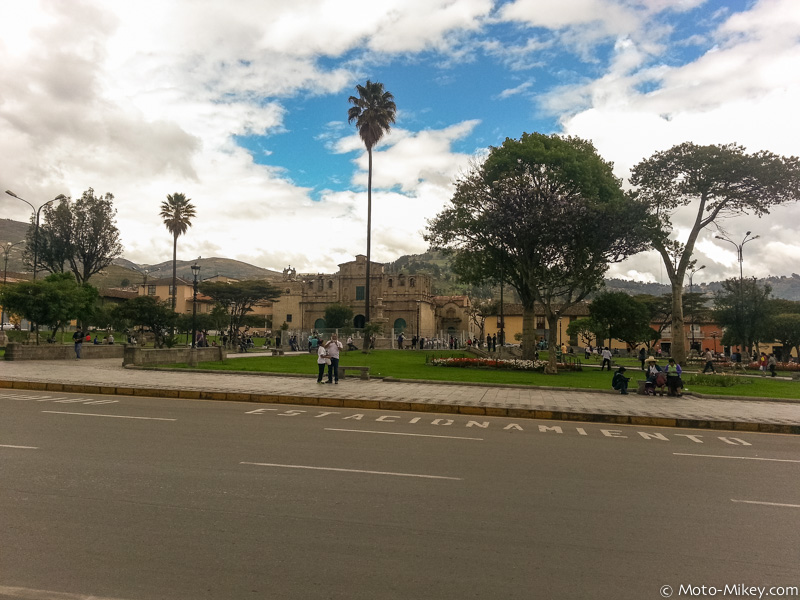 After finding a hotel, we went to get our tires mounted. Tomorrow is Sunday, so everything would be closed.. best to do it now.

We found a small tire shop on the side of the road. These types of places are very very common in Latin America. It only cost me $3 to have both my tires mounted. Super cheap and quick. 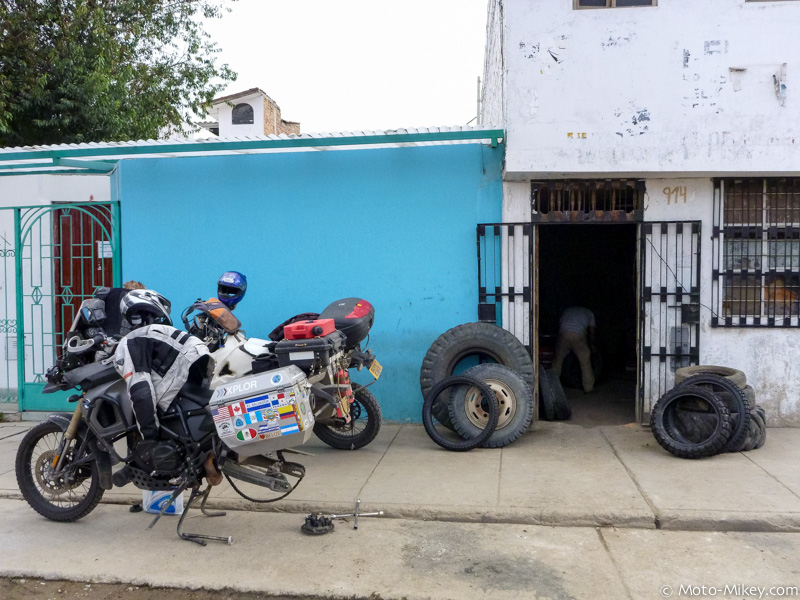 My Heidenau K60 tires that I mounted back in Calgary got me over 17,000 miles on one set. That’s pretty impressive! 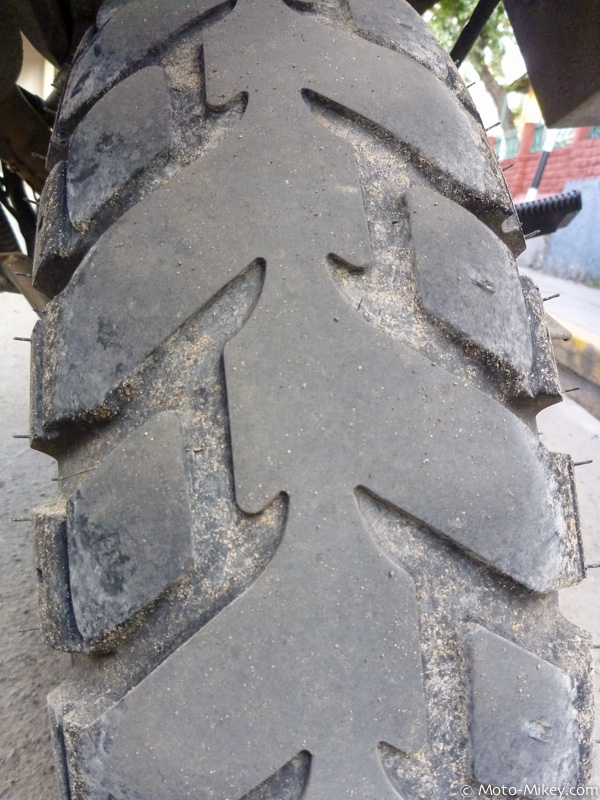 After getting the tires mounted and settled into the hotel, we went out in search of dinner and to check out the city a bit.

Apparently it’s Carnaval here in Peru right now. Lots of people out celebrating, playing music,  and huge water gun fights. Every kid under 15 is armed with a water gun and water balloons.. gotta watch out! Even gringos on big motorbikes are fair game. 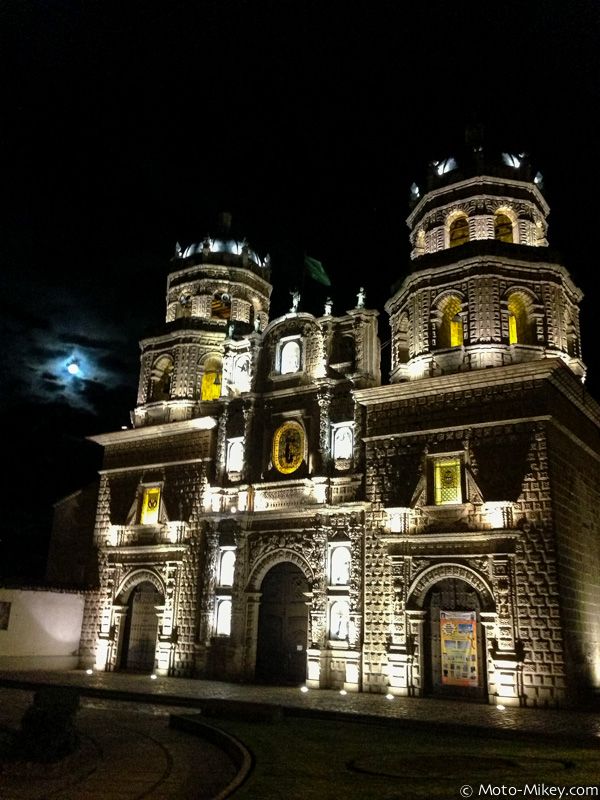 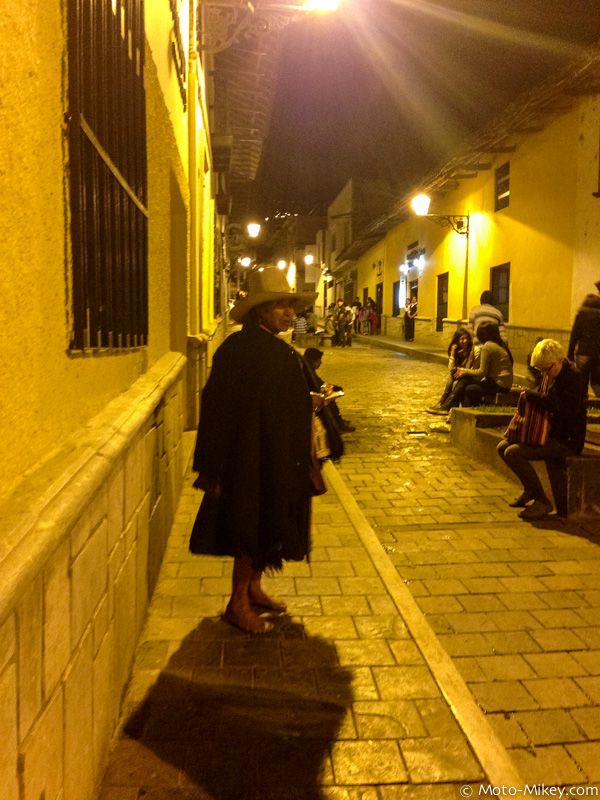