I know, updates have been a bit slow the past week or so.. I’ve found that internet connections have been slower and less reliable in Peru than they were in Colombia and Ecuador.

Before leaving Quito, they plan was to track down new tires here in the city since there are few moto shops around and there’s a better chance of finding what we want. We left Casa Helbling  around 0900 and went to the Kawasaki dealer to check there for tires first. They didn’t have what I wanted.. either a TKC80 or Pirelli MT21 front tire. 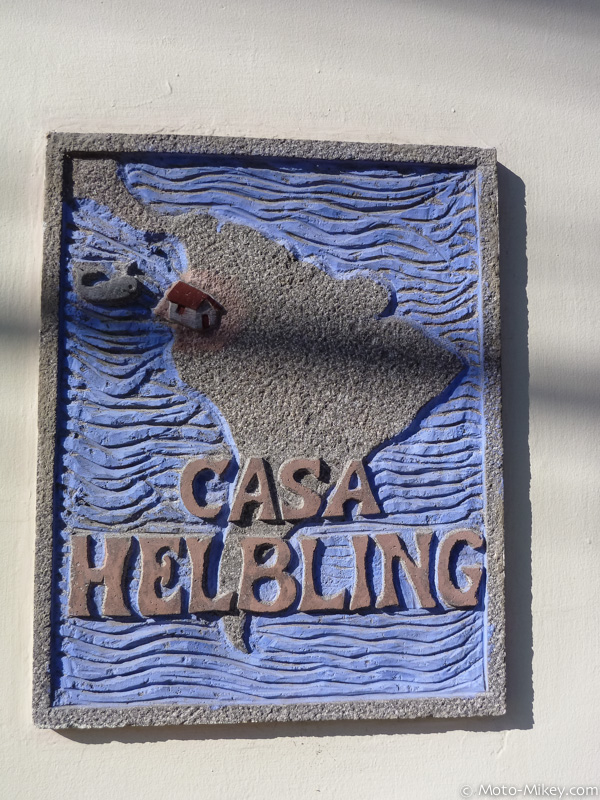 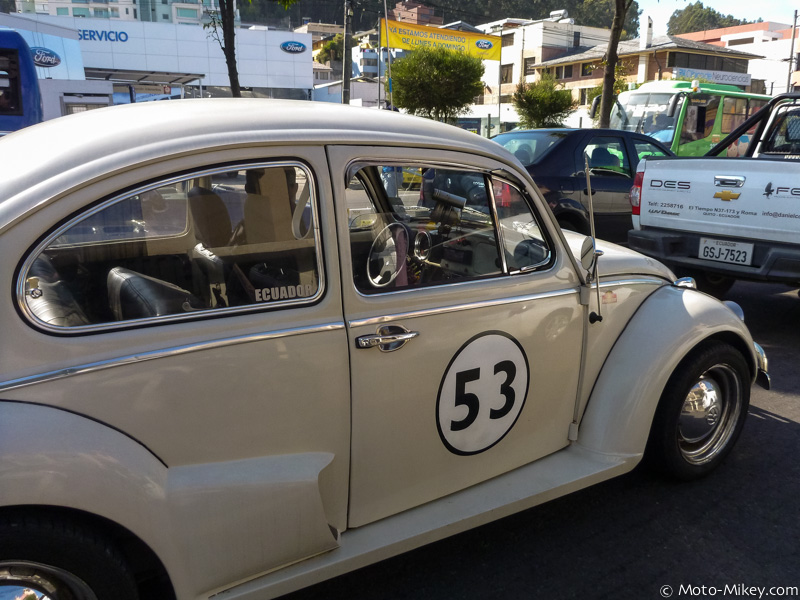 After about 2 hours of riding around the city in crazy traffic and checking multiple shops I found a place that had TKC80’s. I met back up with the Fabian and Hugo at the Kawasaki dealer and from there we went to the insurance office to finally get Ecuadorian insure. One month of insurance only cost $3. 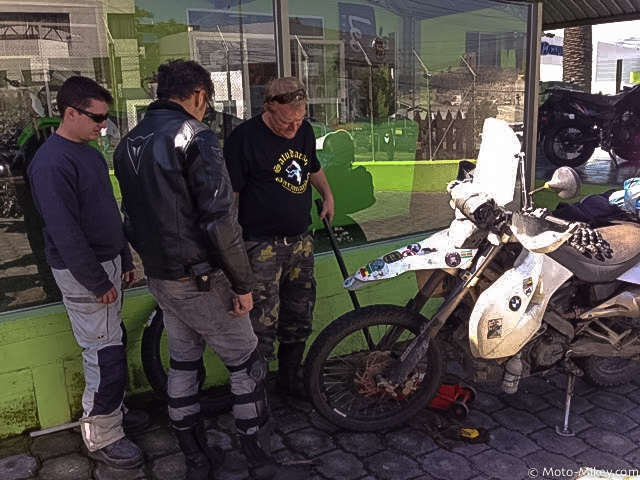 Back on the road, we blasted down the Pan-Am towards Banos and what’s known as the Ruta de las cascades due to all the water falls in the area. 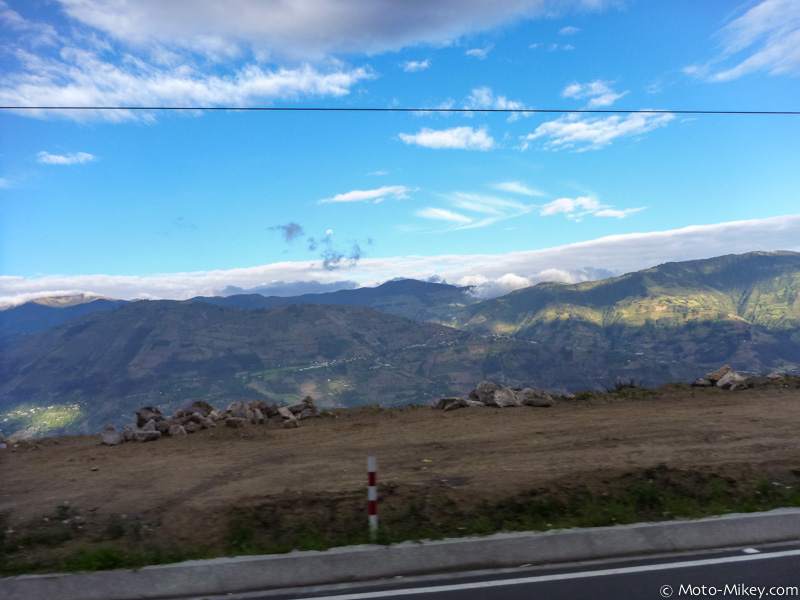 Banos turned out to be a pretty cool little town that’s nestled in a narrow valley and is at the base of a volcano. Supposedly the town has had to be evacuated a few times in the past few years due a possible eruption. Banos is famously known for it’s hot spring pools that people go to bath in and relax. It’s a nice town but very touristy; Lots of Argentinians walking around. 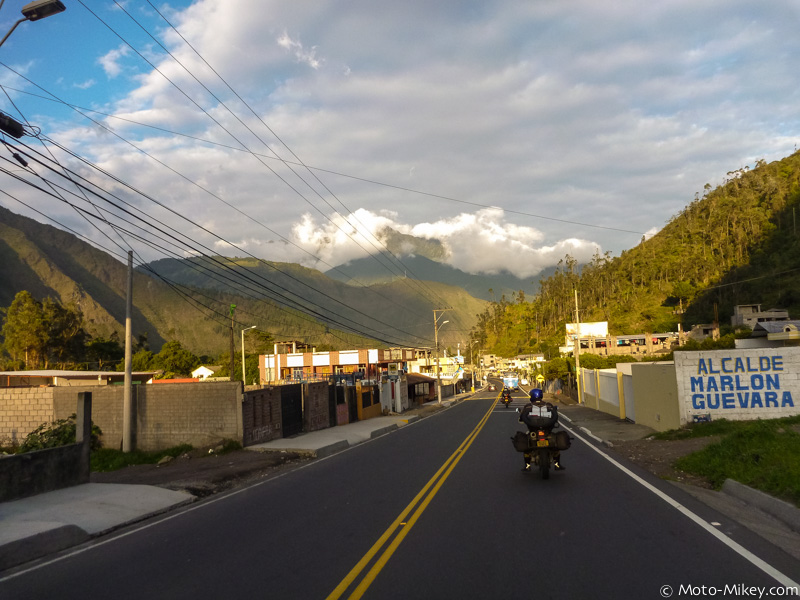 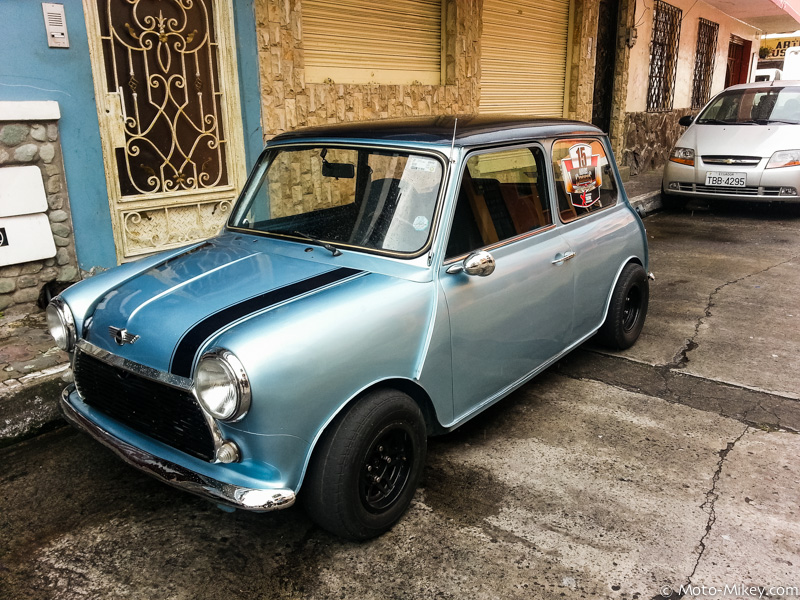 We stay at the Mariane Hotel which is a tranquillo place and has a nice courtyard environment. 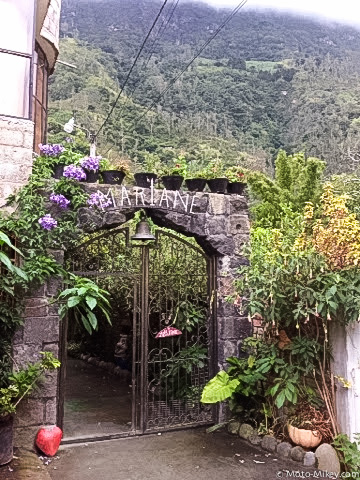 The next day we were headed for Cuenca. We ended up getting split up due to a few confusing roads and some GPS map issues. The ride down along the valley towards Cuenca from Banos was beautiful. 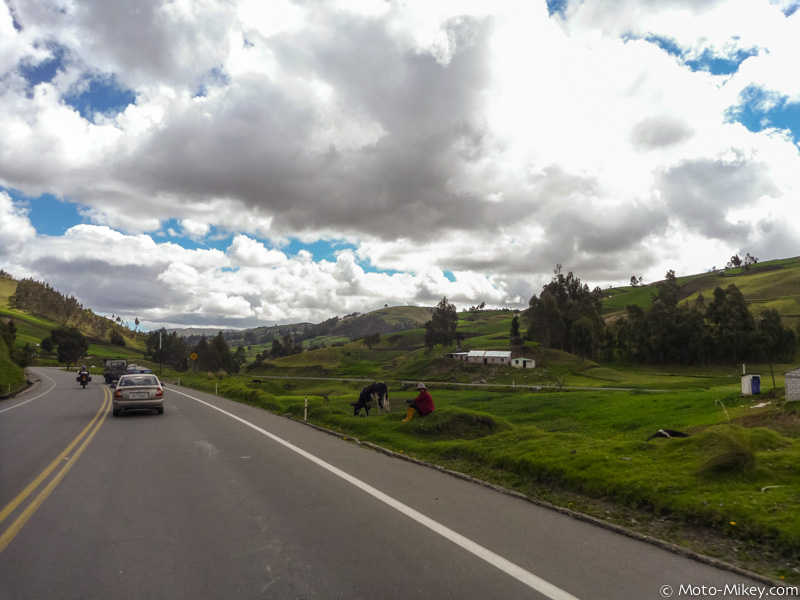 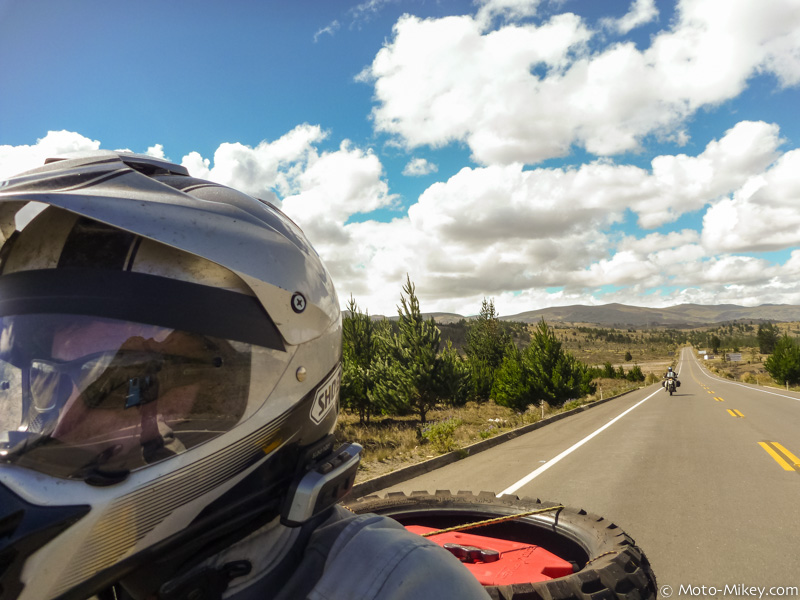 About half way to Cuenca we rode up into the mountains and into super thick fog/clouds. Visibility was less than 10 meters at times. 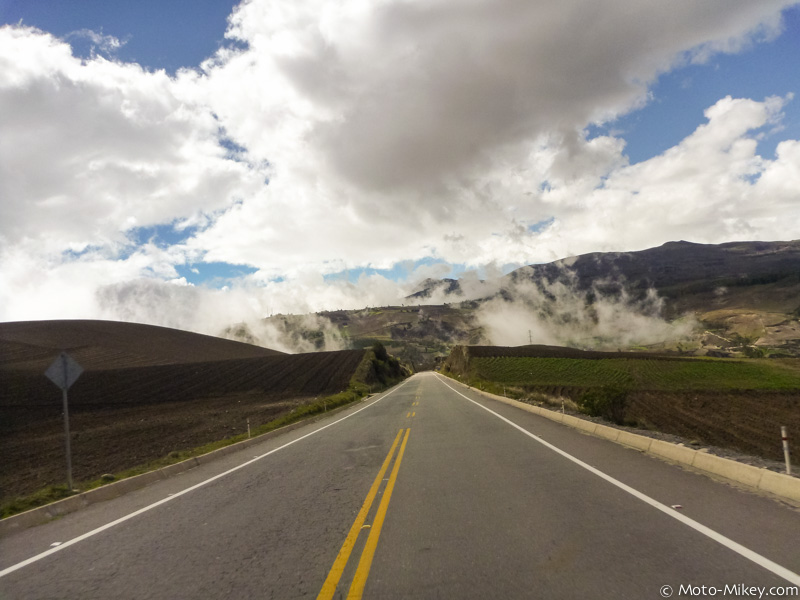 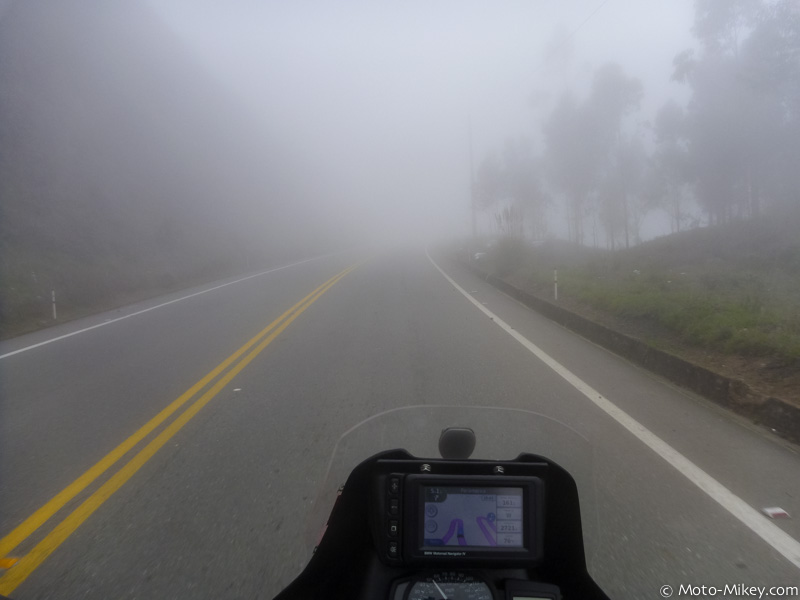 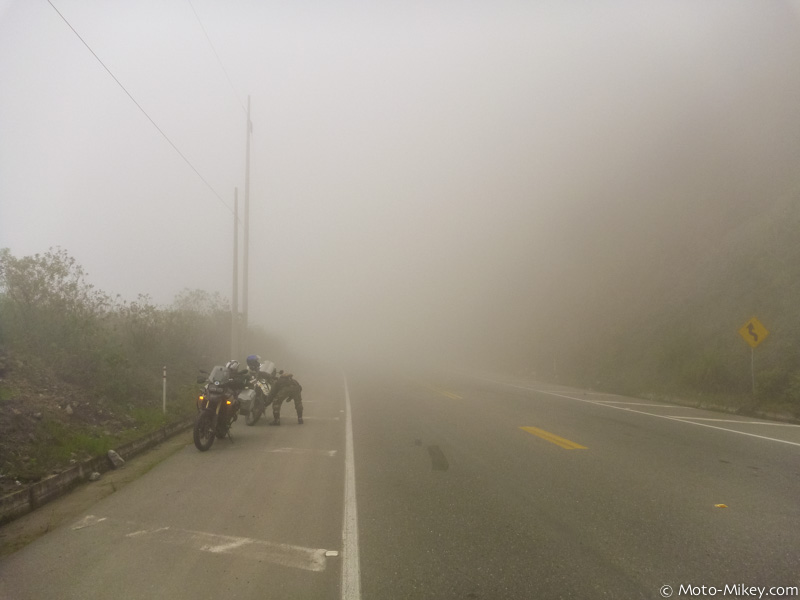 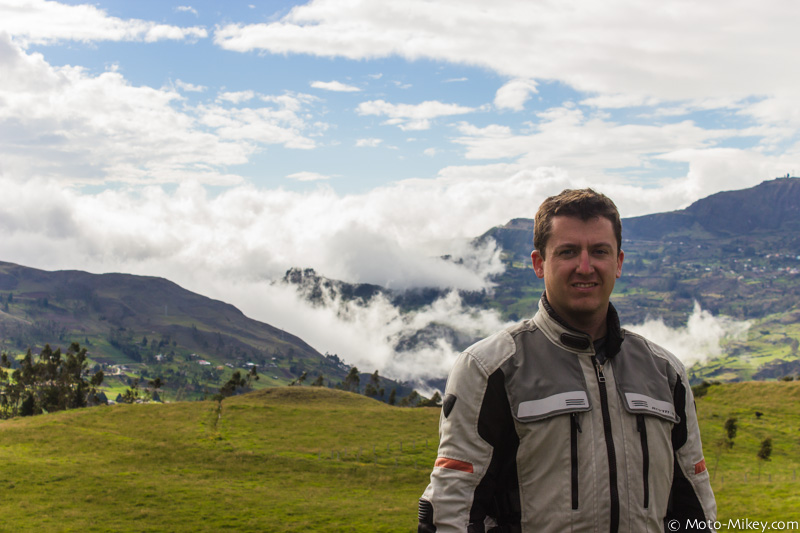 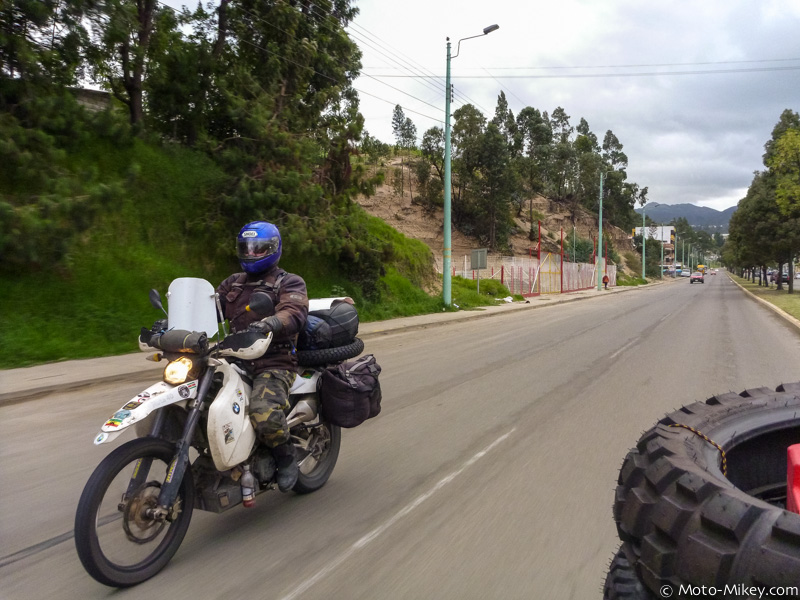 The city of Cuenca in the distance: 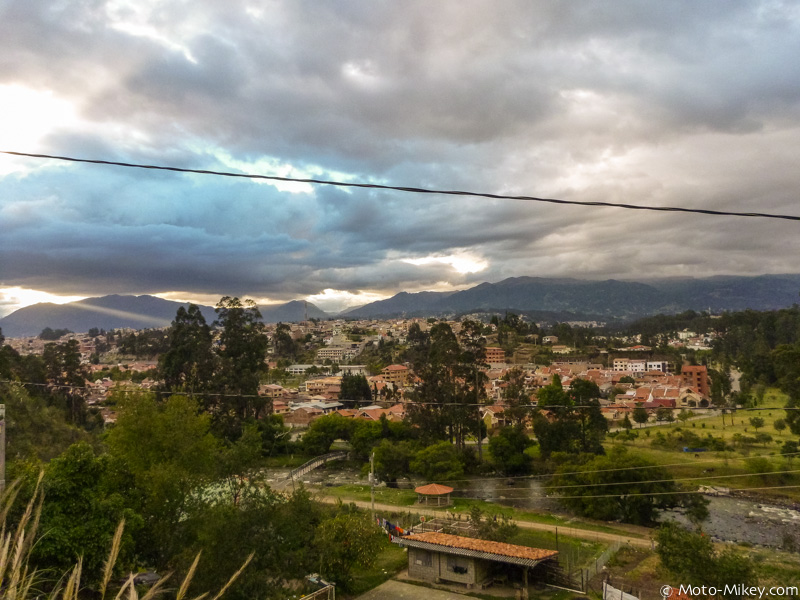 This is regarded as the nicest city in Ecuador.. and I’d agree. It’s very clean and organized with some spectacular colonial churches and plazas. I instantly liked it here.

We stayed at the Hostal Casa del Barranco which I highly recommend. Nearby the main historic center and located right on the river with a good view of the city from the back terrace. 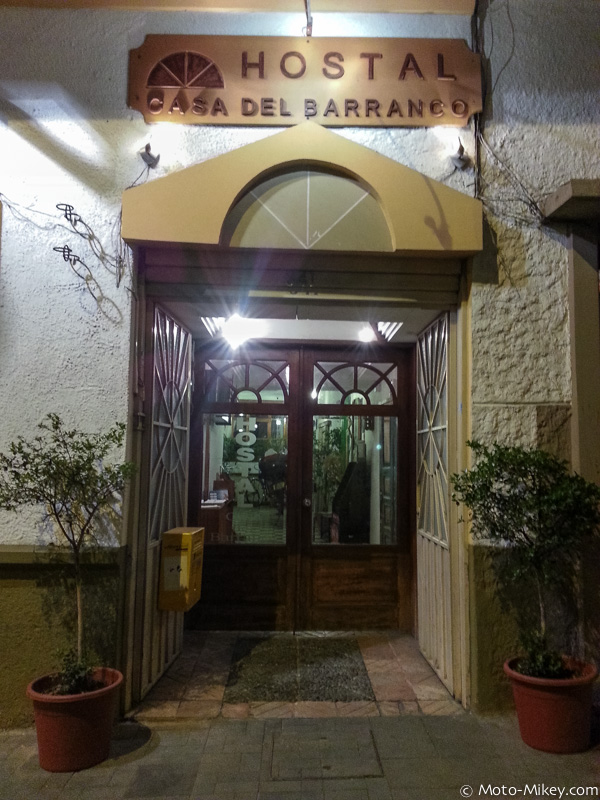 We ended up staying in Cuenca for an extra day since it’s a nice place with a cool climate and we were all looking forward to a day off. I also took advantage of the time to do the usual errands of laundry, haircut, etc.