Our first full day in Cartagena was spent almost entirely getting the bikes imported into Colombia and riding around the city looking for an insurance office that would sell us a 1 month policy.

All of us were back on the boat early to collect our gear and get the bikes transferred over to dry land. Gone are the days of loading a single motorbike into the dingy. Ludwig now has a floating dock that can transport 6 bikes at a time and you simply ride off once get you get to the main land dock. 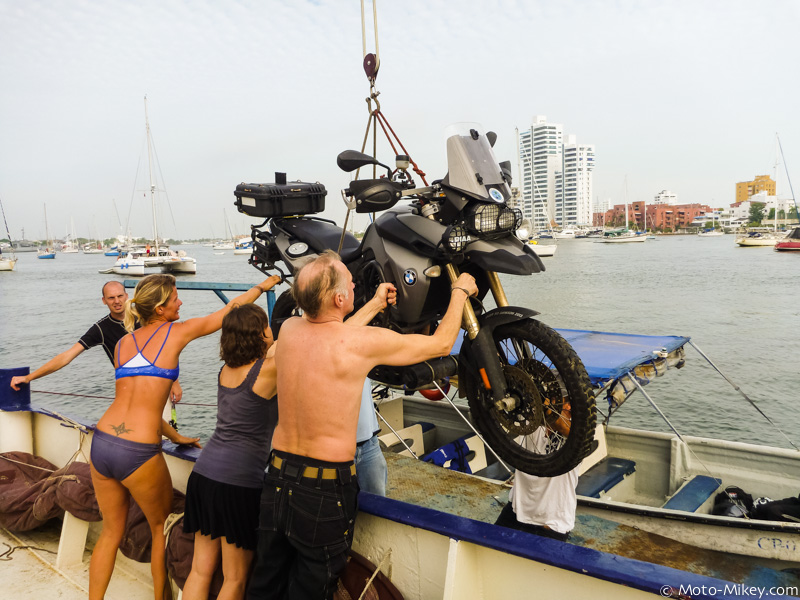 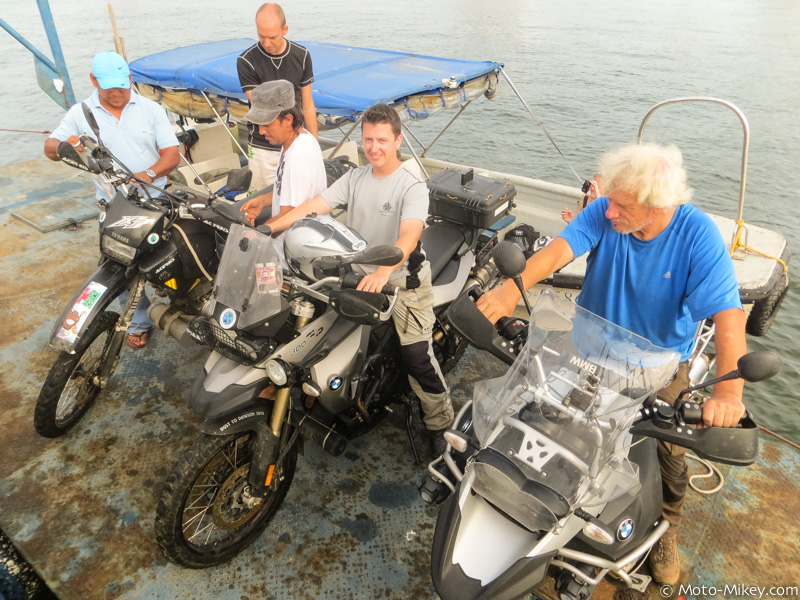 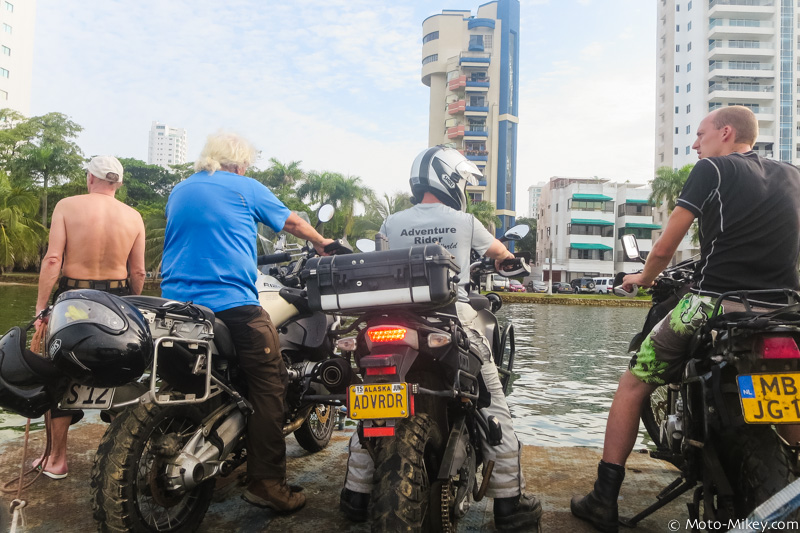 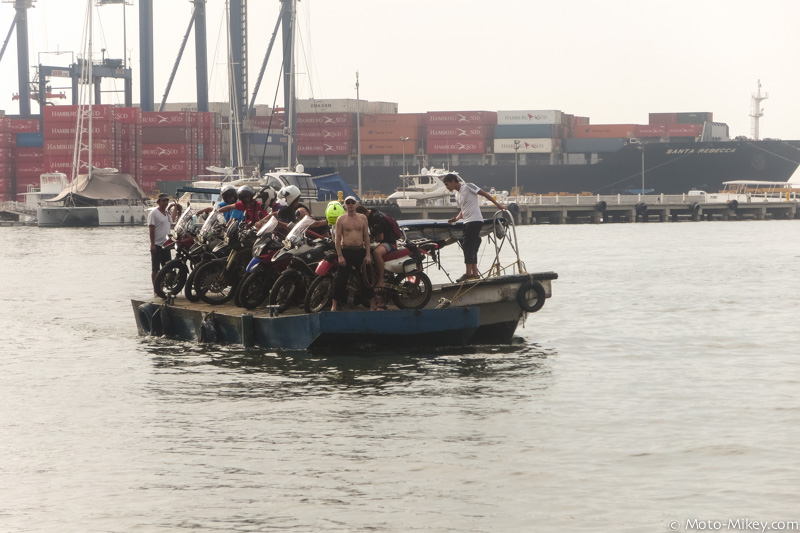 After getting the bikes on dry land we were advised to ride straight to the aduana office since the bikes were technically here illegally.. it’s a good thing the building is only about 2km away.

The import process was supposed to only take 2 hours since our paperwork was forwarded to a fixer back when we were in Panama.. however, it ended up taking about 6 😡 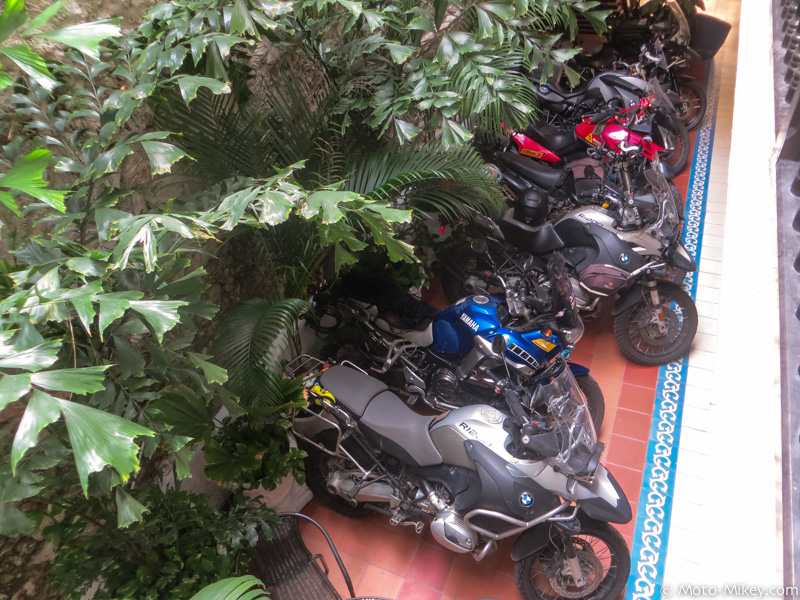 After getting the bikes into the hotel, we all went out to explore the city a bit more and grab some dinner. Colombia really loves Christmas.. lots of lights around the city and holiday cheer. 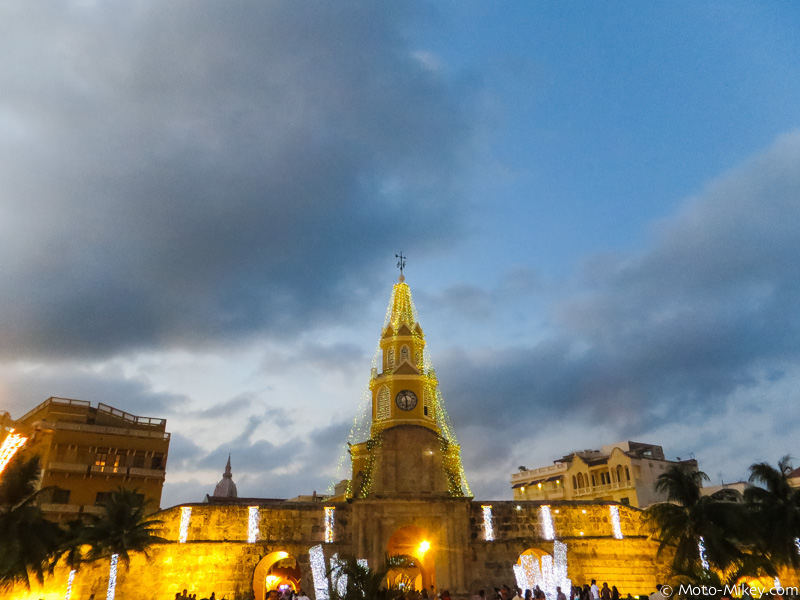 Since we spent nearly the entire previous day at the aduana office, we decided to stay another day in Cartagena.

With another day to hang out, we went to check out the Castillo De San Felipe De Barajas. It’s a  huge fortress that was built by the Spanish back in the 1500’s to protect the area against French and British forces. 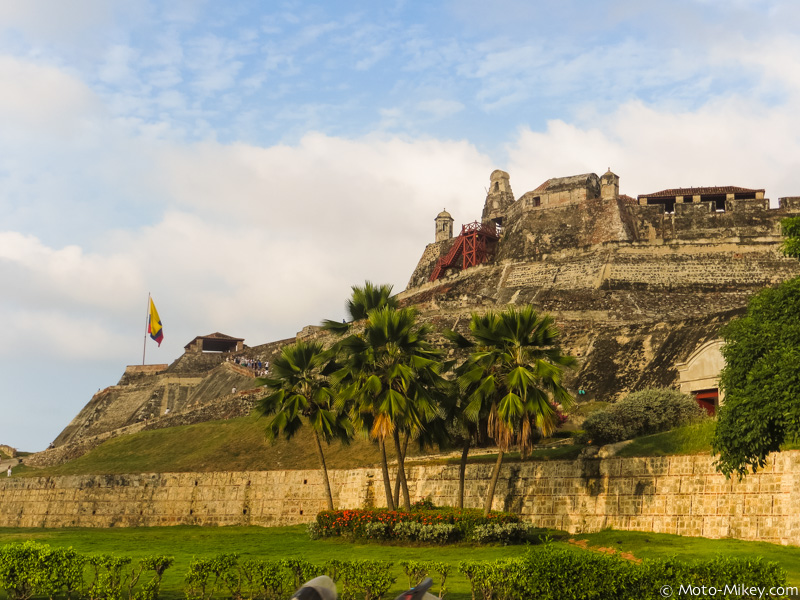 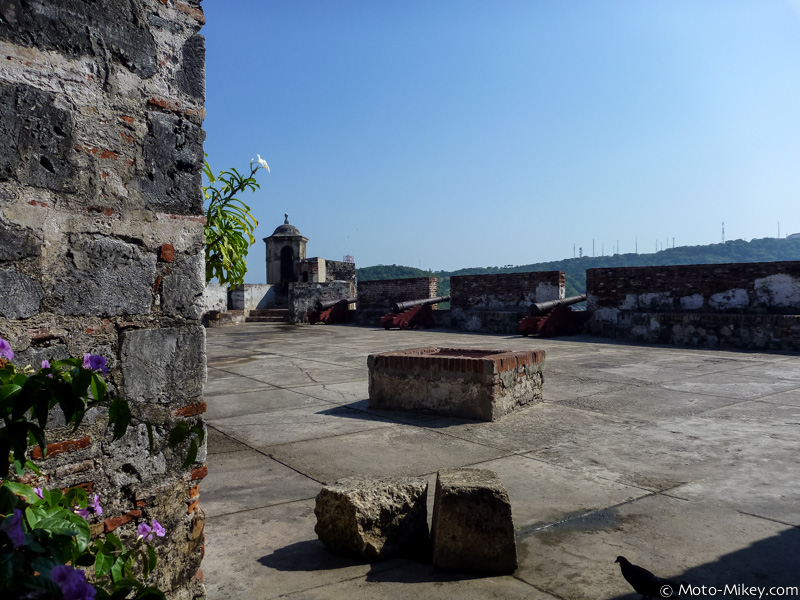