Today was a day that I have really been looking forward to since I first started thinking about this crazy adventure. All of us at the hostel were excited to spend a few days out in the caribbean on a boat and enjoying the unique experience that was to come.

Our Hostel is the official meeting point for everyone on the Stahlratte, so it was really cool to see all the  adventure bikes out front. 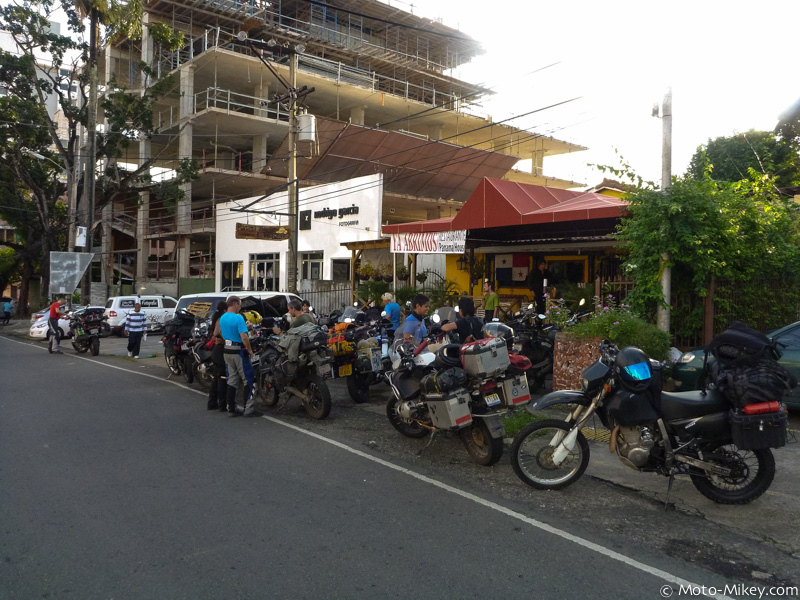 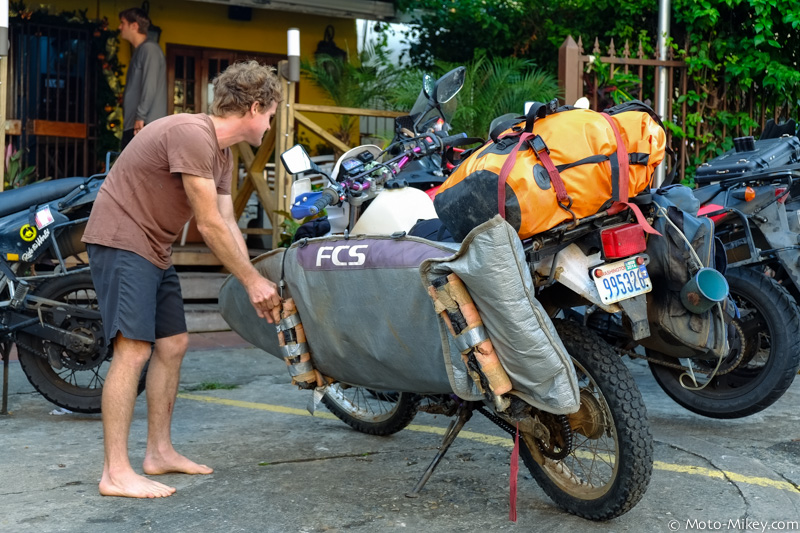 By 0730, we were all geared up and making a mad dash out of the city traffic. It must look bizarre to the average Panamanian to see a group of these huge motos riding through the city. 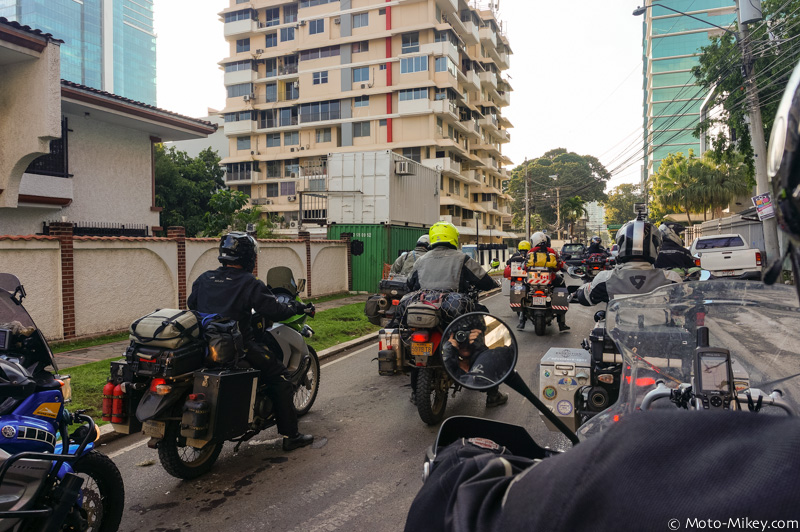 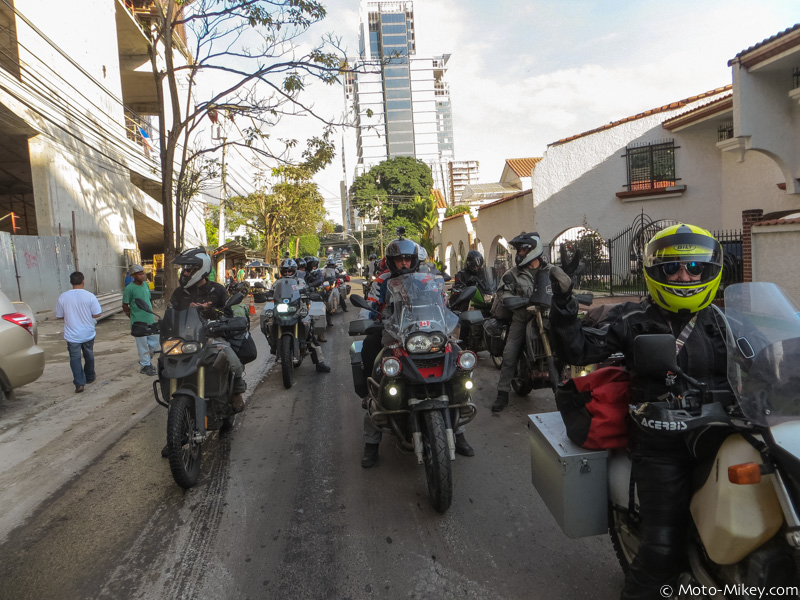 After riding about 50km down the Pan-Am, we made the turn off towards the tiny village of Carti on the Caribbean coast and into Kuna Yala territory.

The road to Carti was really fun. Lots of seriously steep hills and twisties. It was mostly paved with the occasional section of good dirt. 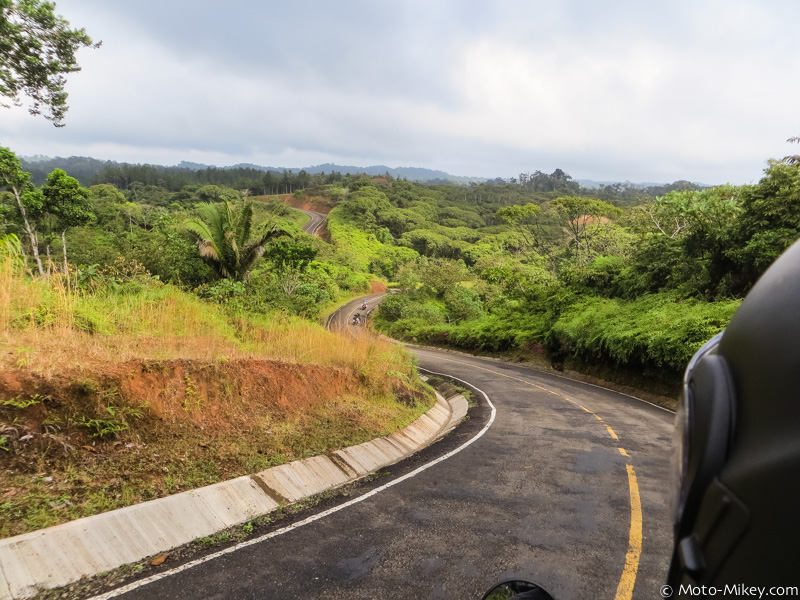 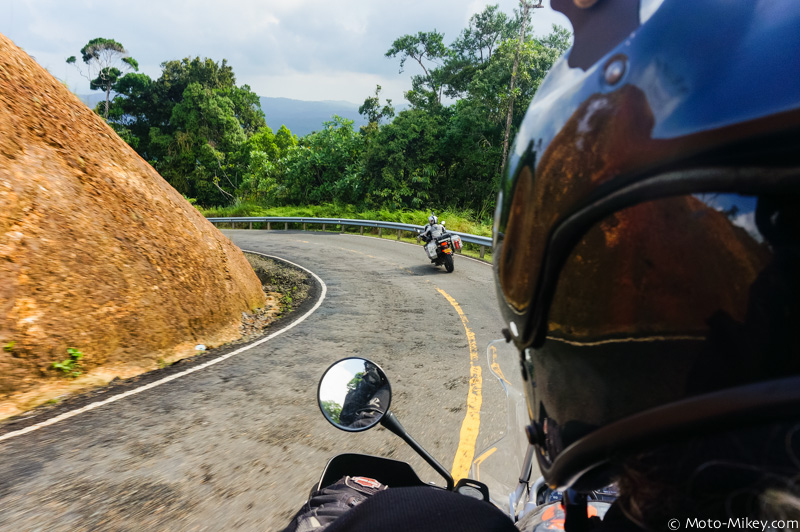 We made it to the coast and found the pier where we would load our bikes onto the Stahlratte. Everyone was super excited to be here. 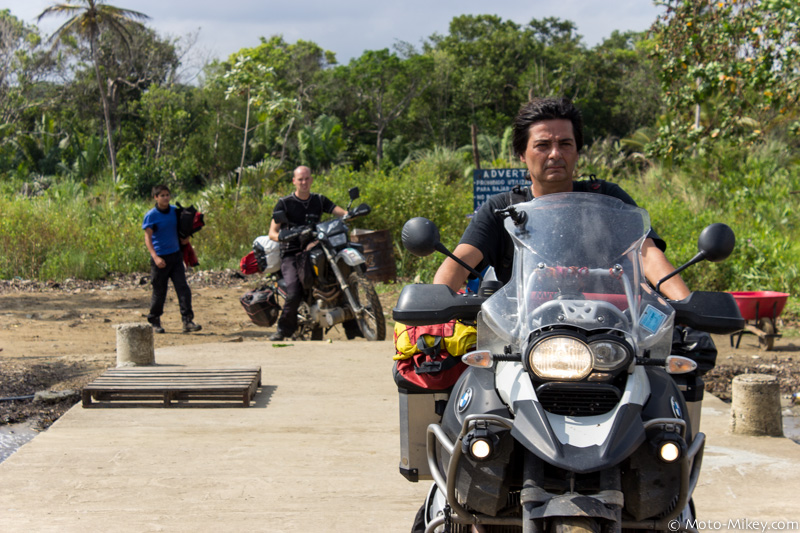 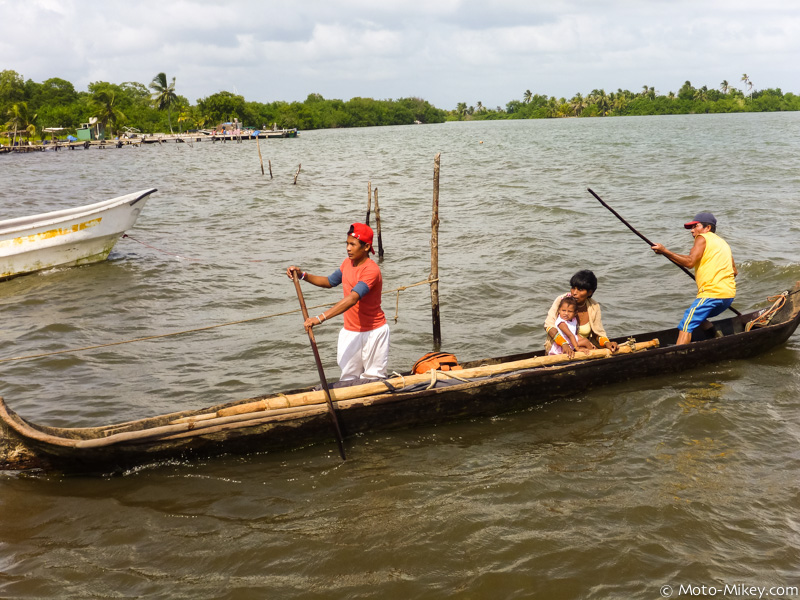 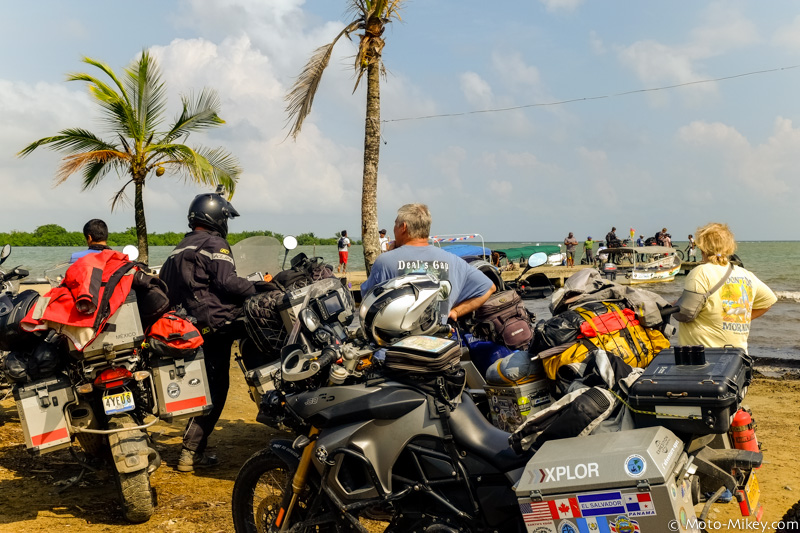 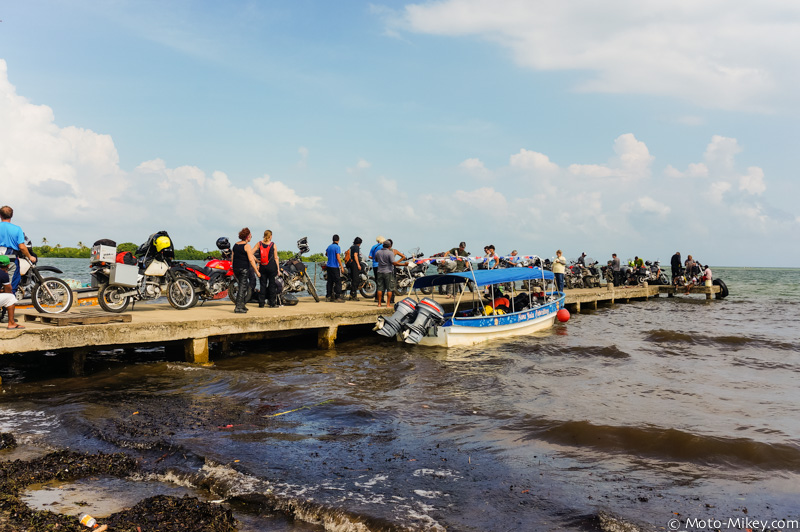 The Stahlratte, a 100+ year old sailboat that would take us from Panama to Colombia: 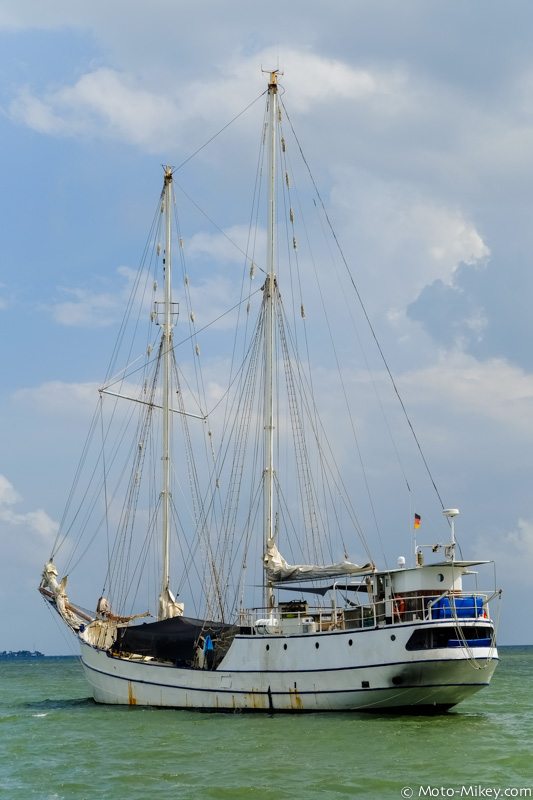 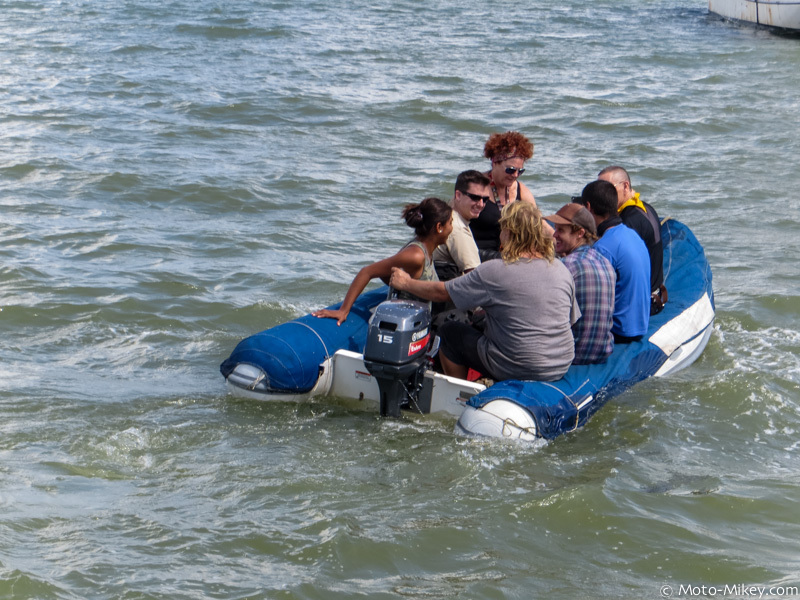 Not long after everyone arrived, we started loading the bikes onto the boat. Ludwig personally tethers each bike and takes full responsibility for the loading. They are hoisted on deck with a winch and block line from the boom.. it’s very suspenseful to watch a 500+lb motorbike dangling above the water.

It was funny to look at each riders face as their motorbike was hoisted up and over the water onto the boat. Some people simply couldn’t watch 😆

Once we were all on board, we sailed off the coast a little bit and had a nice lunch that was prepared for us. So far a great start to the day. 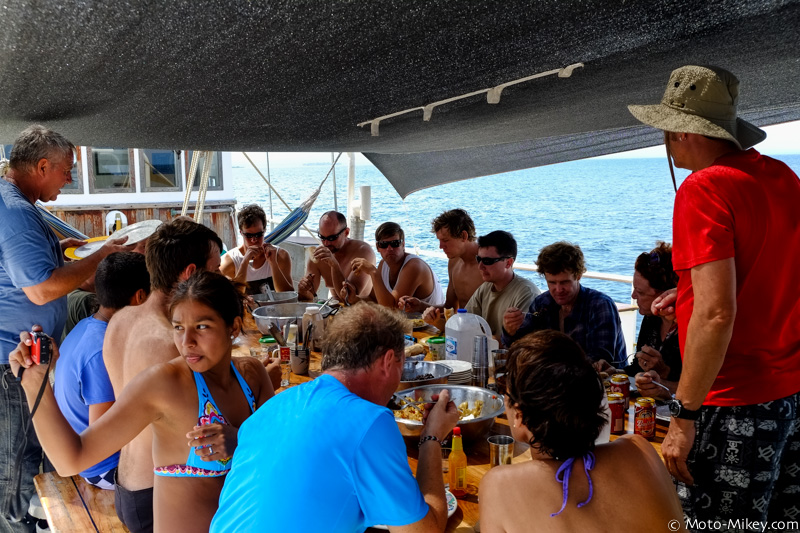 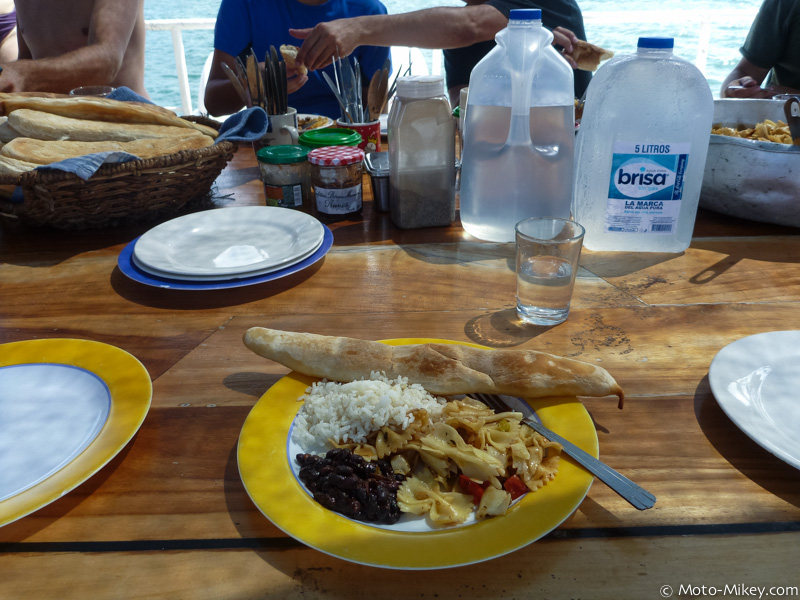 After lunch and getting settled in a bit, everyone is dropped off onto a local Kuna Indian island where we would all spend the night and have a traditional meal prepared for us. 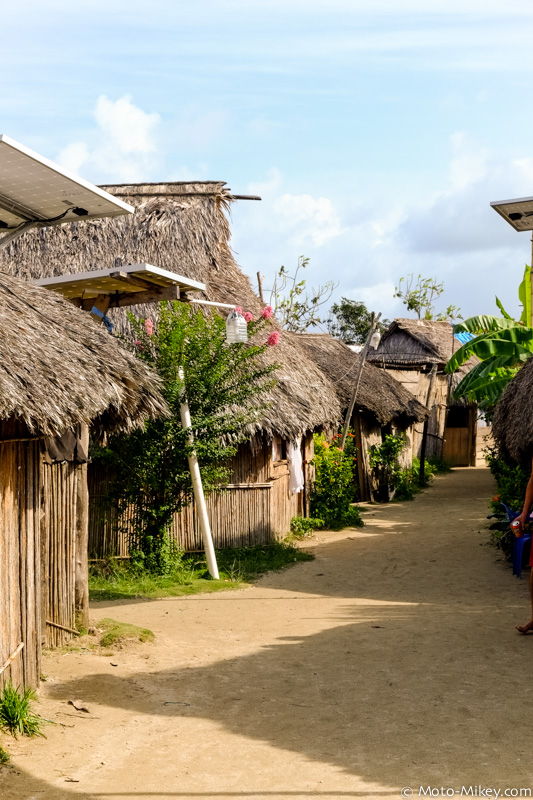 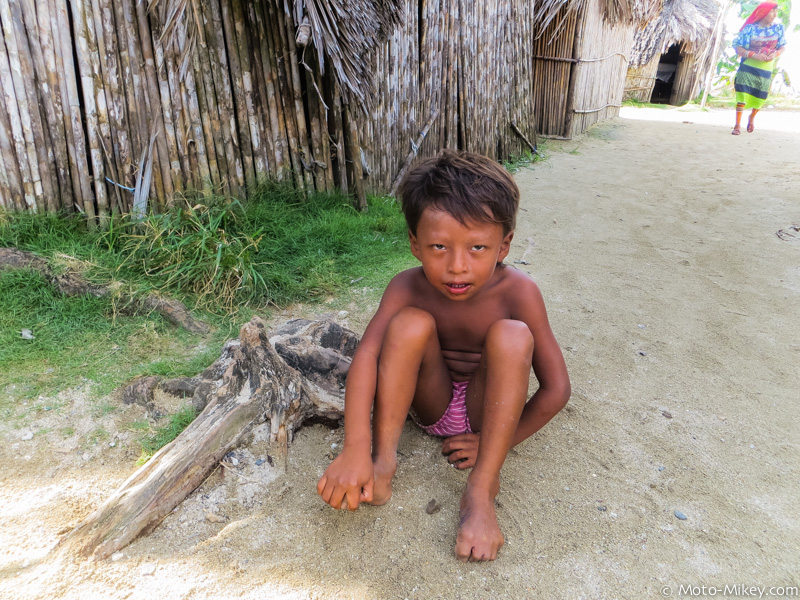 This part of the experience was a little bit of a disappointment.. We were dropped off onto an island and initially just let to fend for ourselves more or less.. Nothing seemed to be planned or setup. We eventually were all given a bed/hammock/place to sleep but other than that, there wasn’t much to see or do here after exploring the 300meter by 200meter island.

Most of us hung out around the dock and hid from the blaring sun under the only shade we could find until it cooled off a bit. The island seemed to be having a beer shortage, so a few guys swam out to the boat which was anchored about 300 meters off the island to fetch more beer. 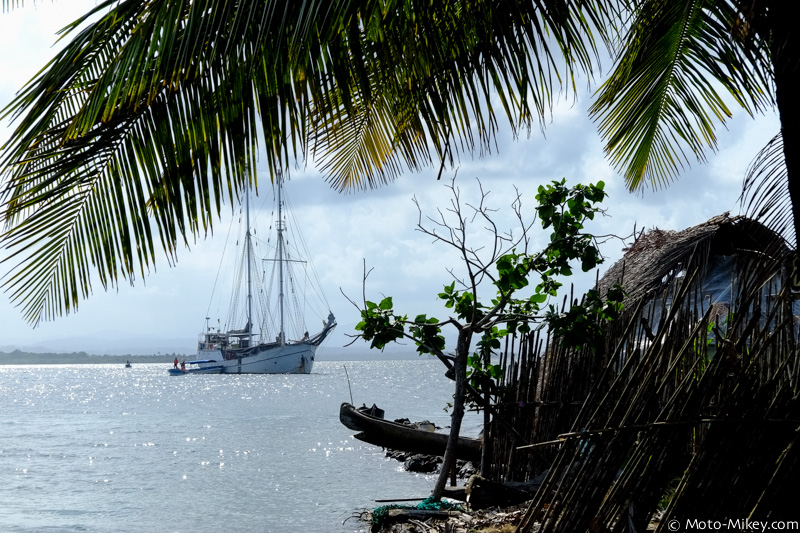 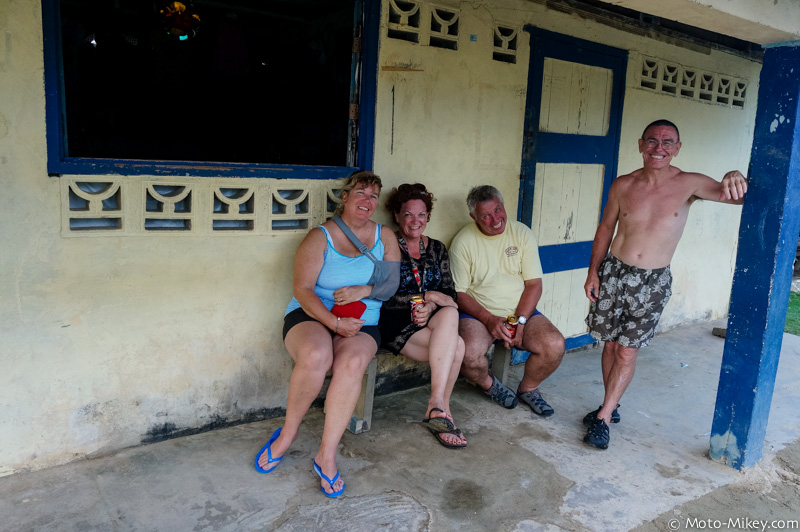 Later on it started to rain, so we setup shop in one of the huts and a crazy game of cards broke out. It was a fun and interesting experience as a bunch of drunks tried to play cards in the dark by flash light, all the while it stormed outside. 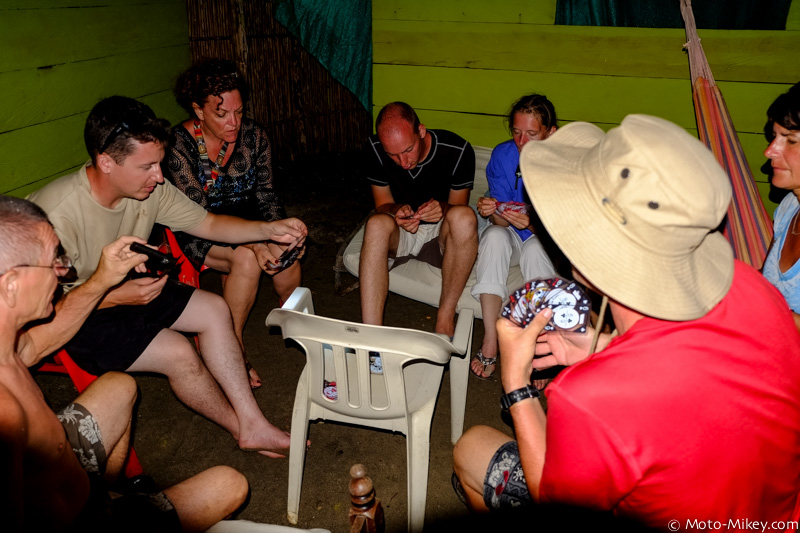 After the rain stopped, a traditional dinner of fish and rice was served. It was pretty decent considering where we were. After dinner, most of turned in for an early nights sleep since there wasn’t much else to do. 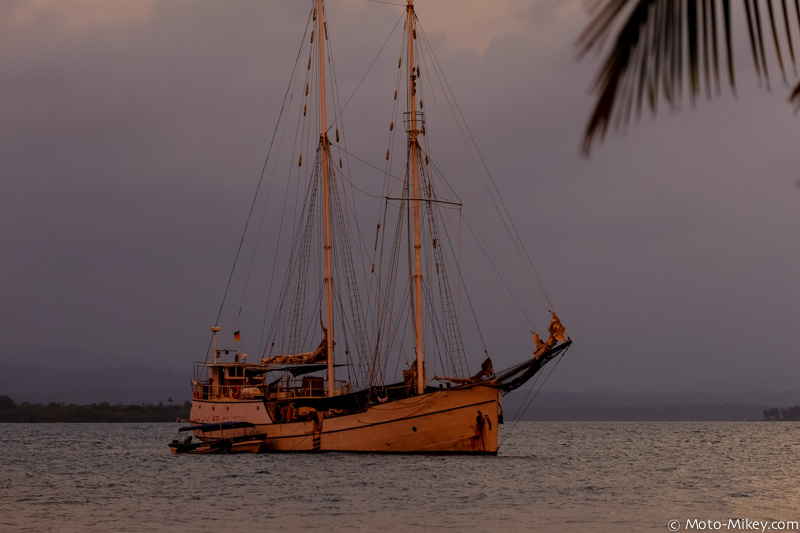