I had no real plan today. I wanted to check out Arenal Volcano but didn’t plan on staying the night there. It was an active volcano up until a few years ago and provided a pretty good show, but these days it’s dormant.

I rode another 30-40km of fun dirt road of the of mountains around Monteverde. It had rained a bit the night before so there were some interesting muddy spots. 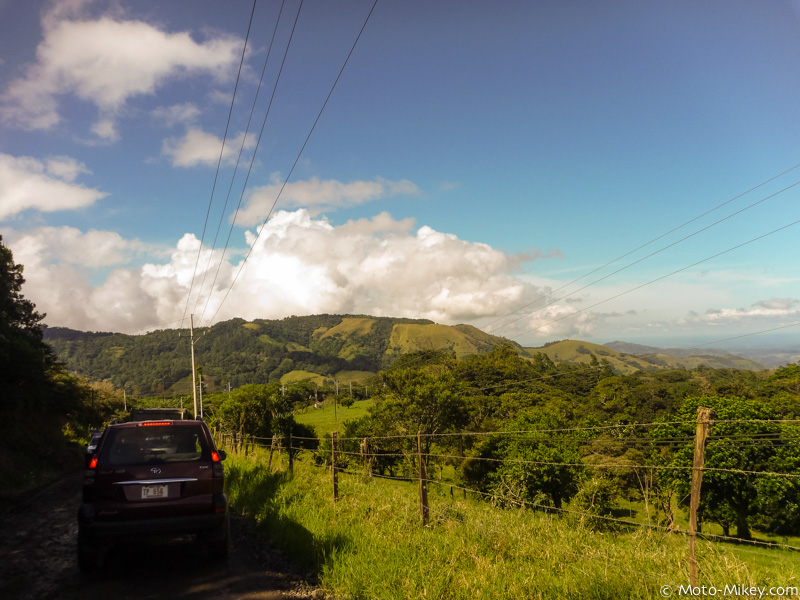 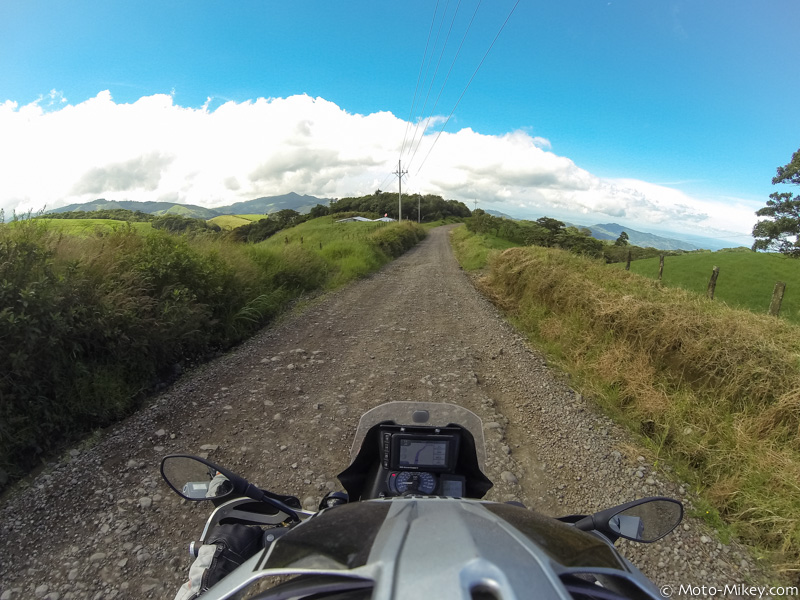 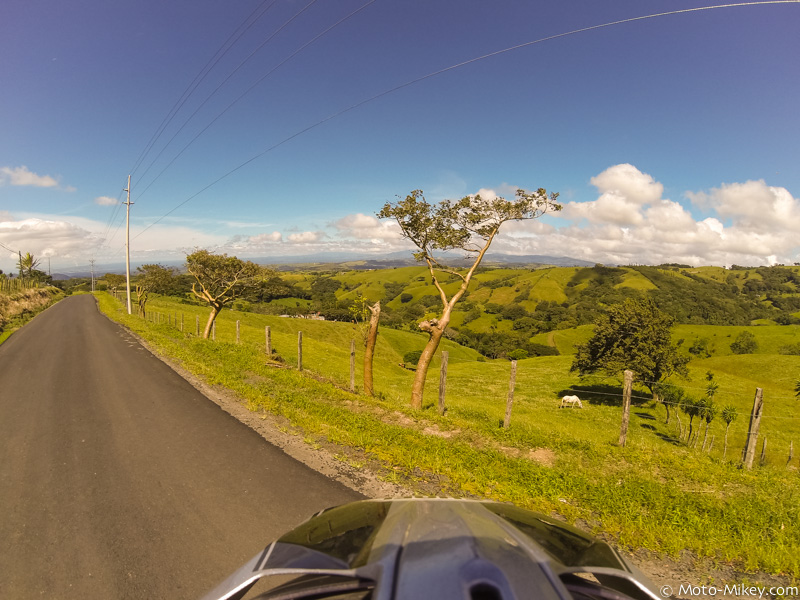 I found the German Bakery in Nuevo Arenal that all the moto travelers stop at. I had a tasty German lunch and added my decal to the window with the others. 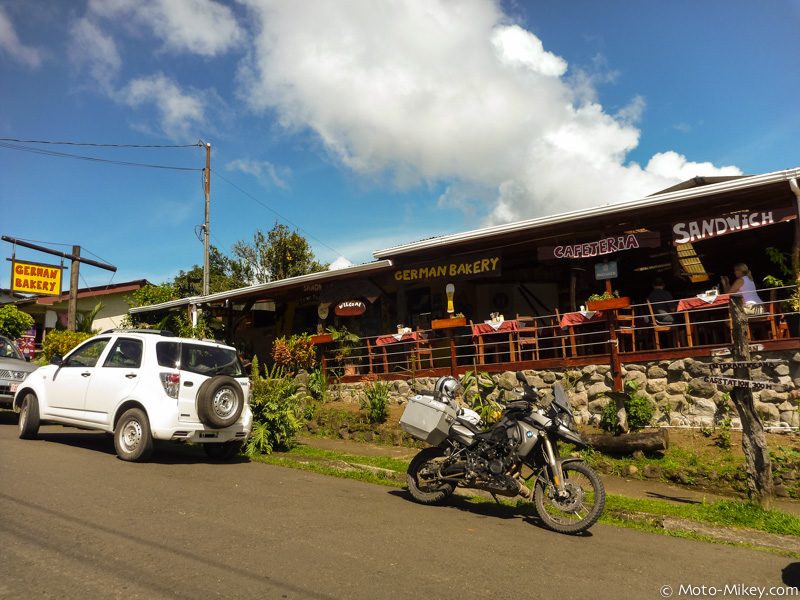 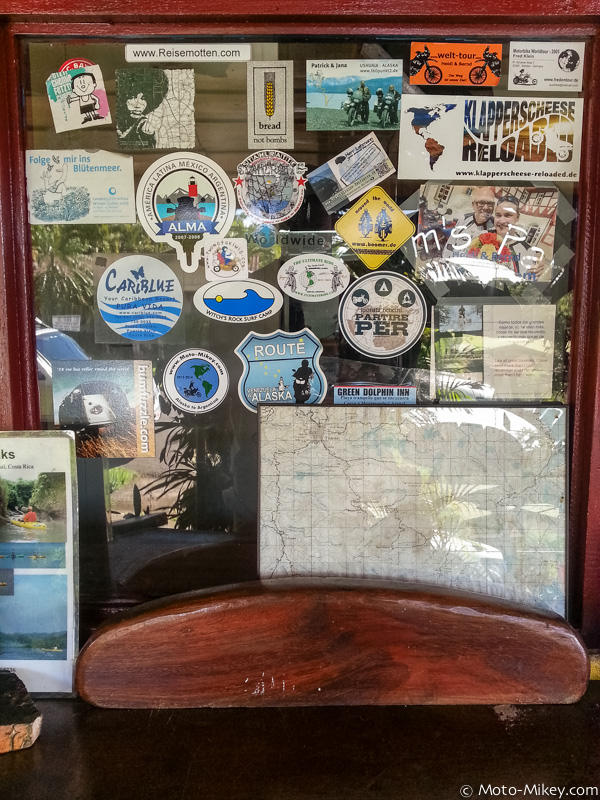 I really like this area around Lake Arenal. It has a nice cool climate and beautiful scenery. If I were to be an expat in Costa Rica, this is where I’d live. It had a really fun twisty road around the lake too. 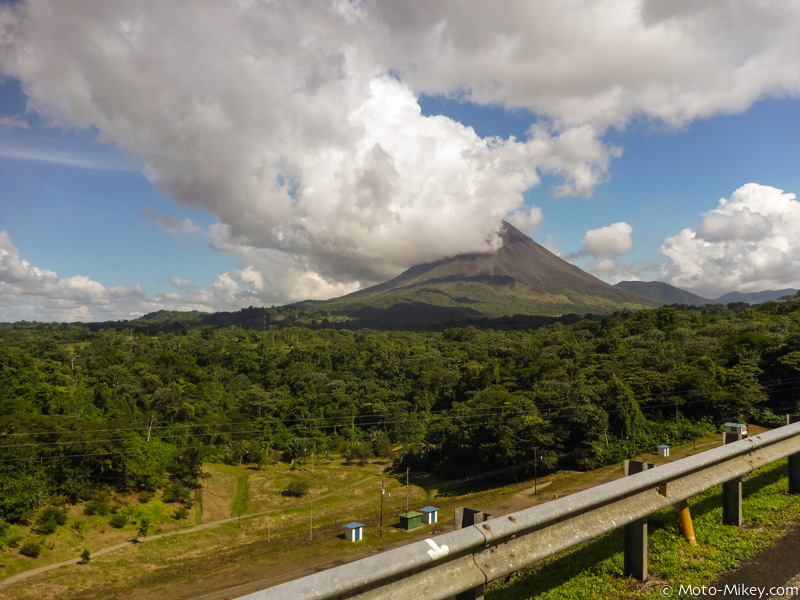 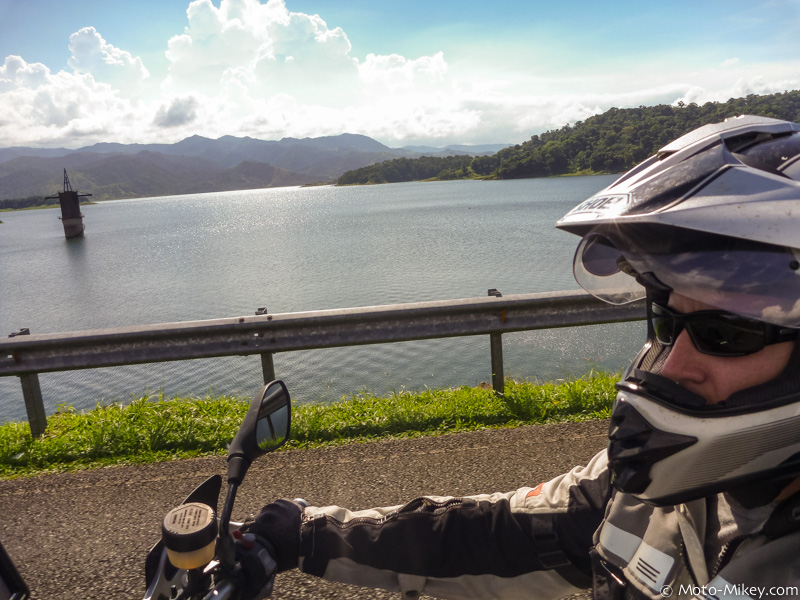 I made it into Alajuela, which is a suburb of San Jose (the capital of Costa Rica), for the night.

The next morning, I rode back into the mountains and was headed to the coast again. If I found a good beach to hangout, I might stay for another day for surfing.

I was surprised to see my GPS say that I had ridden up to 10,000 feet. This is the highest I’ve been in a while.. it was cold and rainy up here too! I think I saw 42F on the gauge. 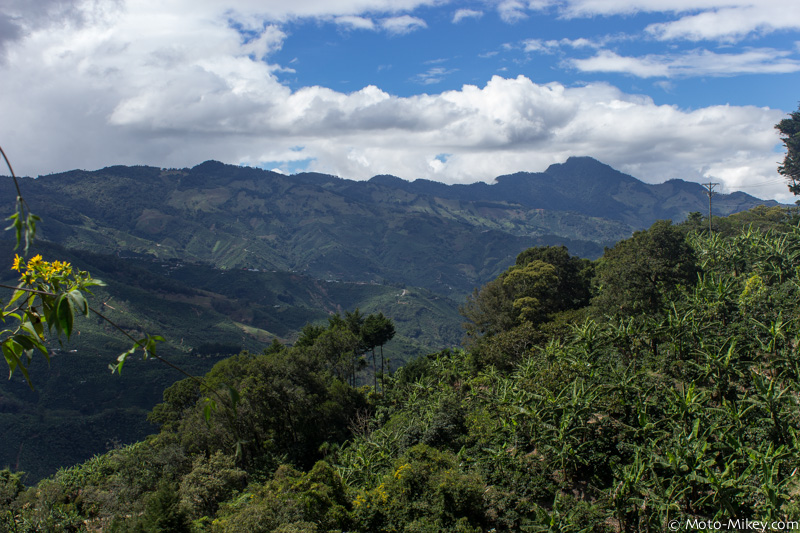 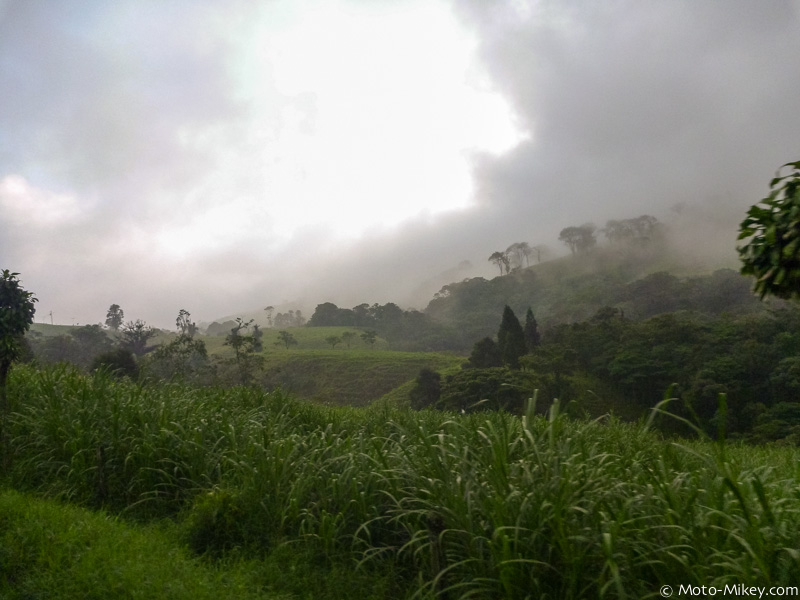 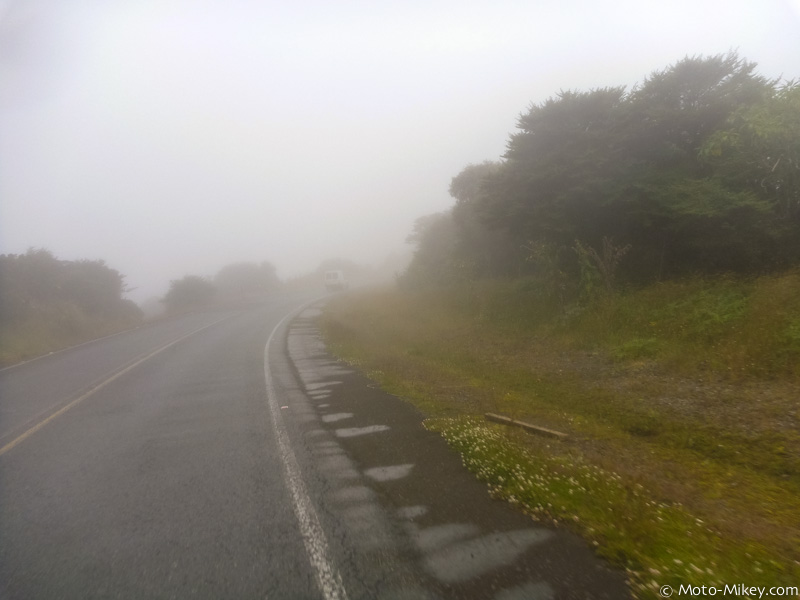 I rode into the town of Uvita on the Pacific Coast and checked around for a place. The beach seemed mediocre and the few hotels I found were a few kilometers from the beach, so I decided to make it only a stop over point.

Tomorrow is into Panama! The final country in the Central America chapter.