My shortest riding day so far.. only 22 miles! The destination for today was San Juan del Sur, a surf town on Nicaragua’s Pacific coast.

San Juan del Sur took me a bit my surprise. It’s much more developed, touristy and gringoish than I had expected.. and with that comes much higher prices and an over abundance of touts trying to sell you crap. I had one guy follow me for 3 blocks trying to sell me a pair of sunglasses.. really dude!? After telling him “no gracias” about 5x, I finally stopped and yelled “yo tango gafas del sol!! Mira! Vaya!” (I have sunglasses, look! Go away!) He finally got the point. 😆

The good news is that I finally found some really good fish tacos! I ended up eating lunch here twice. yummmm 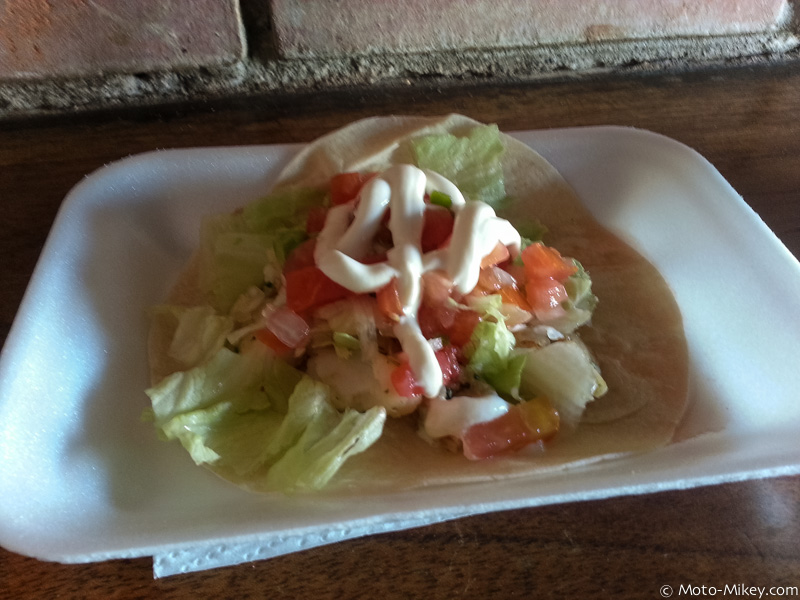 The beach here.. San Juan del Sur isn’t actually the beach that everyone comes to surf. The good surfing beaches are a few kilometers North or South of the main town.

Later on in the evening, I went to Republika bar. I had seen a sign about there being a Texas Hold’em game every Wednesday night. That sounded good to me, so I signed up. We ended up with 22 people playing poker in this tiny little bar. It was a bit hot but a lot of fun. Almost everyone playing was an expat from Canada or the US. 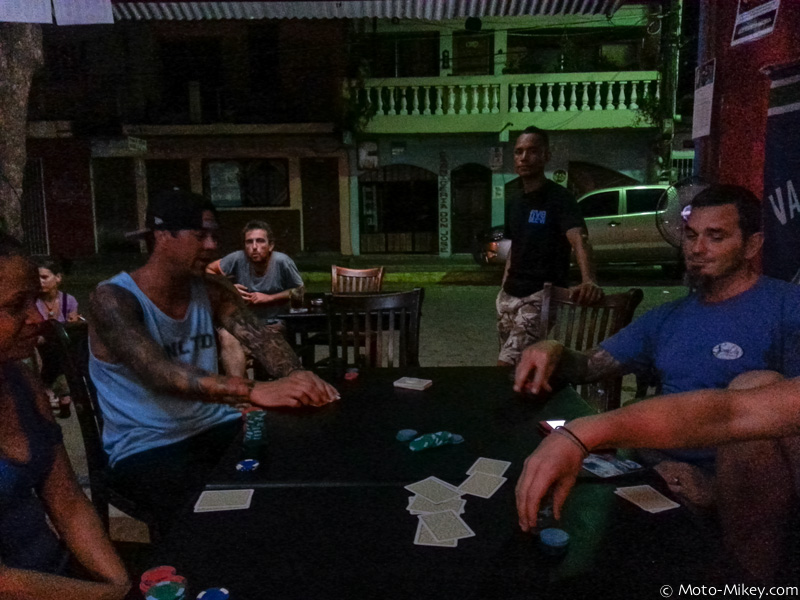 The next day, I didn’t do much.. I was undecided on what to do and feeling a bit lazy. I wanted to surf but since there wasn’t any surfing here in San Juan, that was out.. I also considered renting a dirt bike and checking out the local roads and beaches. I probably should have done that since I didn’t do much this day.. I did however get a lot of research and planning done for Costa Rica.. prior to now I had no real direction once I would cross over the border. So that’s good..

Overall, I’d give San Juan a miss.. it’s an over touristy town without much else to do. The good surfing is at the beaches North and South, so if you’re coming this way, check those out instead. I had planned on staying here to surf for a few days but one day was enough.. Tomorrow into Costa Rica!