A short ride from Leon to Granda today. I was riding down the PanAm (the main highway through Nicaragua and Central America) when suddenly the pavement ended and turned to dirt.. WTF? This is a ‘major highway’ and it turns to single lane dirt?! It was only about 20km but was kinda strange and unexpected. No issue for the F800GS.. 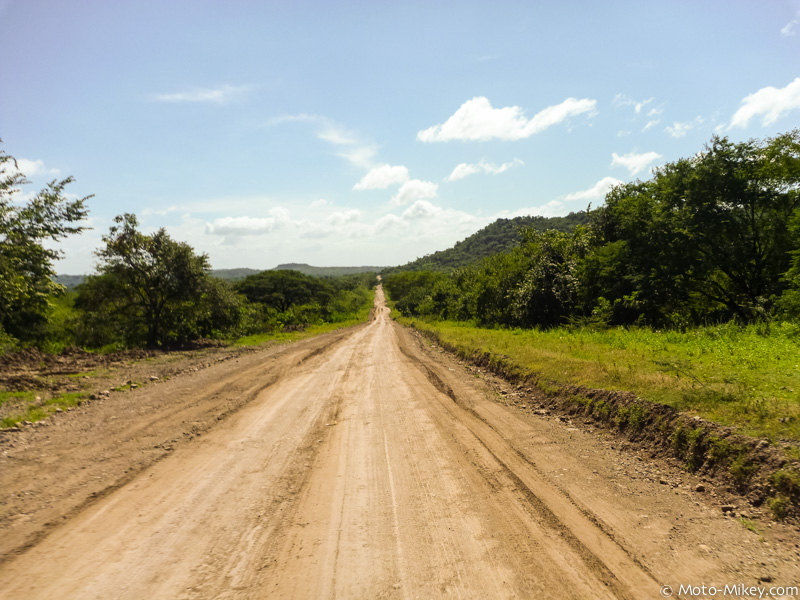 Along the way I stopped at Volcan Masaya which is supposedly the only active volcano in the Western Hemisphere that you can drive up to the top of. 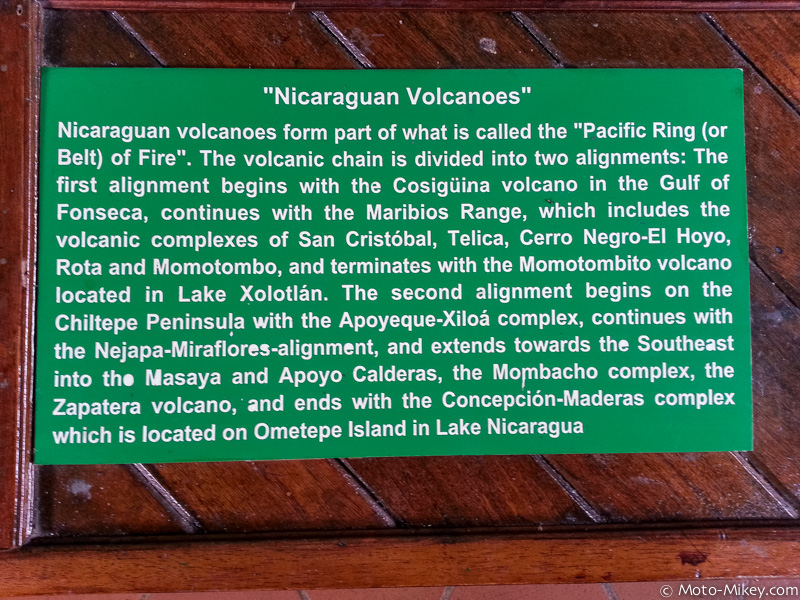 They’re pretty serious about safety here after the last minor eruption in 2008. Supposedly some people were injured and cars were damaged from flying rocks. To enter the park you have to sign a waiver releasing liability and they recommend you wear the provided hardhats when walking around just in case 😆

After checking out the volcano and I headed into Granada. Just as I rode into the central plaza area of the city, I see two people step into the road and wave.. ok well this isn’t that uncommon.. only this time it’s Rene and Jackie, a pair of Canadians two-up on a R1200GS who I had last met about a month ago in Creel, Mexico. Hey guys! 😛 They told me where they were staying, so I went to check it out after doing a lap of the city. Seemed like a decent place but they were full for today. So off I went to find another place in the city. I ended up finding a hotel near the main plaza with secure parking but it was a bit more than I wanted to spend, so I’d only stay here for one night. 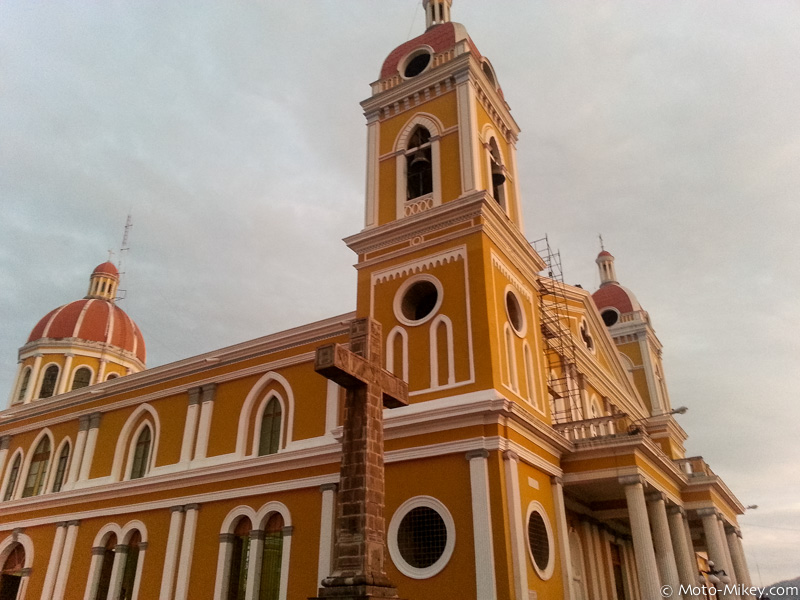 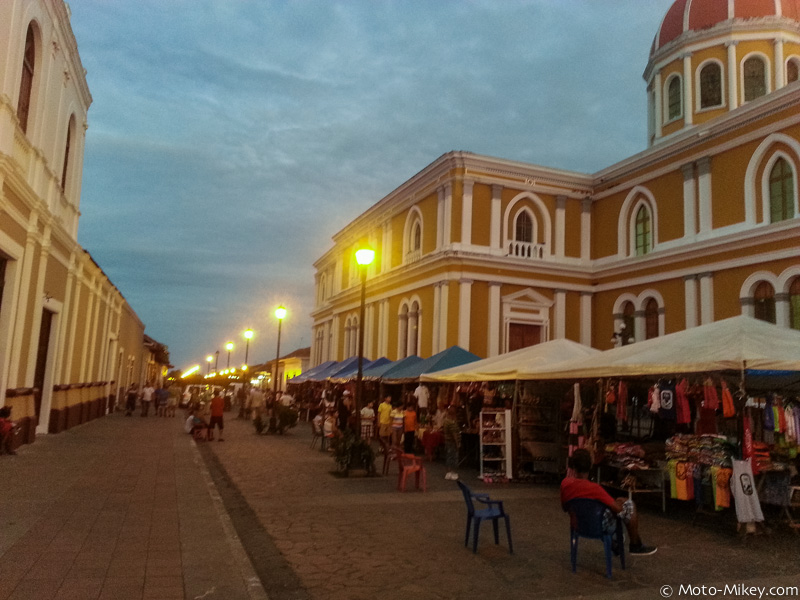 Rene/Jackie and I agreed to meet up tomorrow since they had already eaten dinner tonight. After getting settled in, I went out to check out the city a bit more and grab some chow.

The next morning I checked out of my hotel and went back to the Hostal that Rene/Jackie were staying at. I got a room for $20/night which is pretty decent for being in the city and having secure parking. 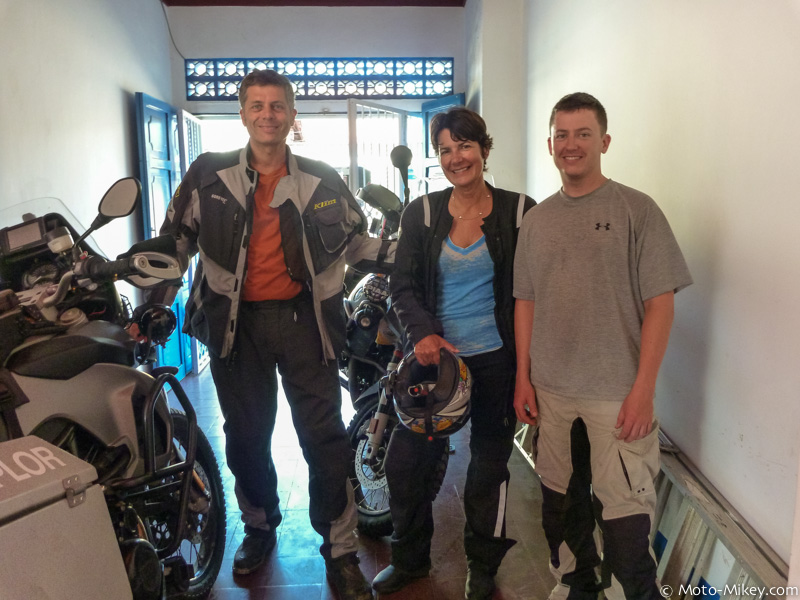 We hung out around the pool for a while and explored the city a little bit. It’s pretty hot here in Nicaragua, so during middle part of the day it’s best to just relax in the shade. 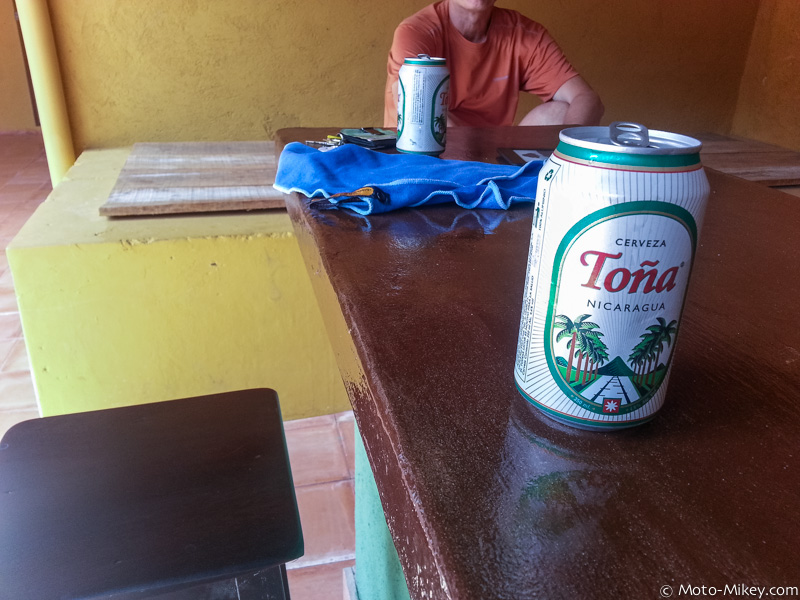 This hostal has a garden/pond in the court yard with a bunch of pet turtles in it. 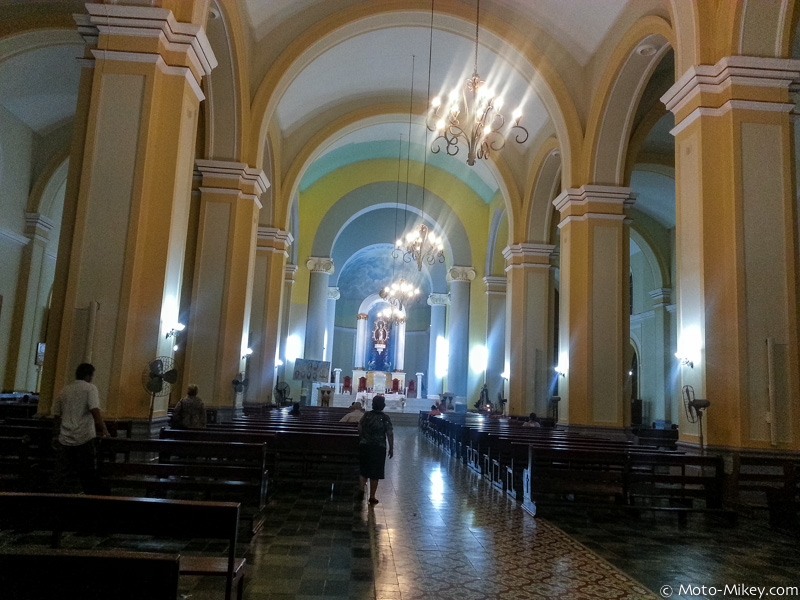 Later on after a little siesta and the sunsetting, we strolled down to the main pedestrian street and grabbed some dinner. This city is pretty busy at night. Lots of people walking around and out to dinner.

Tomorrow Rene/Jackie are heading into Costa Rica and I’m going to check out a Volcano Island in the middle of Lake Nicaragua. See you guys in Panama!