After spending 2-3 weeks in Guatemala, it was time to move on and cross into the next country on my way South: El Salvador. I wasn’t going to be here very long.. just a few days.

Crossing over into El Salvador wasn’t hard. It was actually fairly straight forward and easy but still took a long time. I spent about 30 mins getting processed out of Guatemala and another 2 hours at El Salvador Aduana (customs) getting my moto imported. The amount of inefficiency I’ve come across here in Central America is ridiculous to the point that it’s actually kinda funny. After spending 15 minutes writing down my info by hand, the customs official then went and entered it into a computer which took another 45 minutes. After that’s done, he brings it out to ensure it’s all accurate then gives the handwritten copy to another lady in the office who proceeds to re-enter it all over again into another computer! WTF?! 2 hours to enter some basic info about me and my moto into the system! 😆 😡

I guess for me coming from a military background where we are continually trying improve our standard operating procedures and make things faster/better, this just seems bizarre to me. I’m not sure what the officials were doing (or not doing) with my paperwork but it took forever.. thankfully the office had an air conditioned lobby. 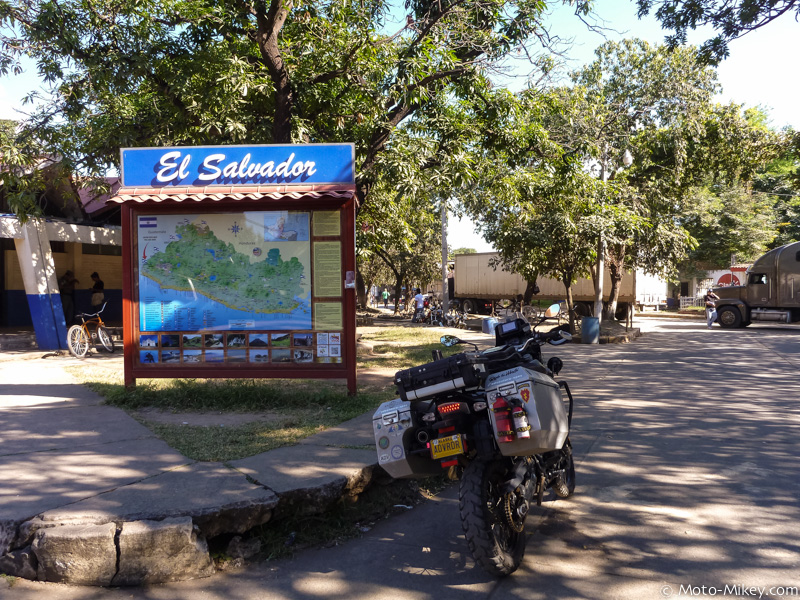 Along the way South, I saw a lot of people drying their crops along side the road. I think it was corn? 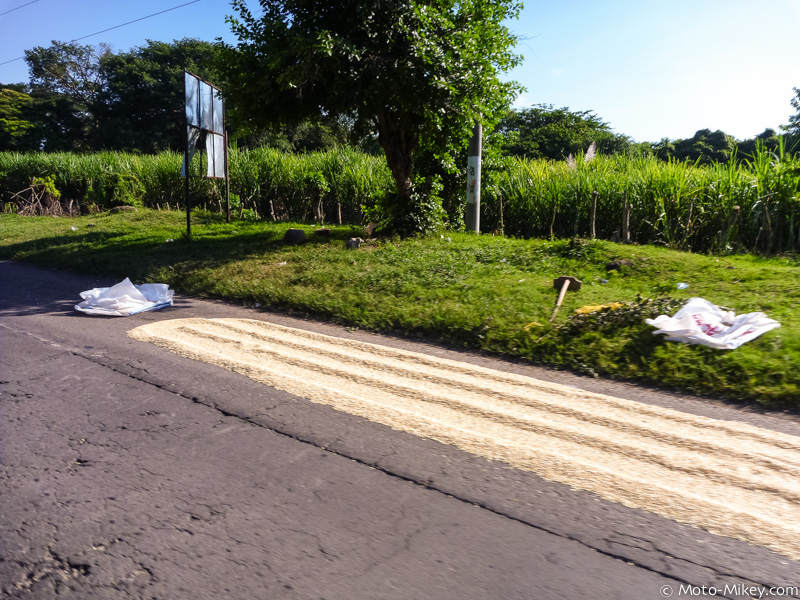 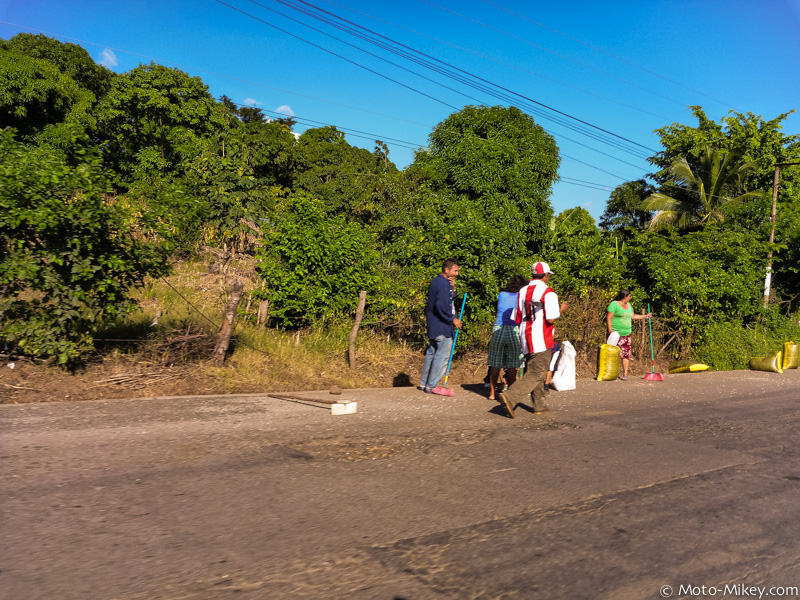 Highway CA2 has a few tunnels along the Pacific Coast section.. some are pretty long too! 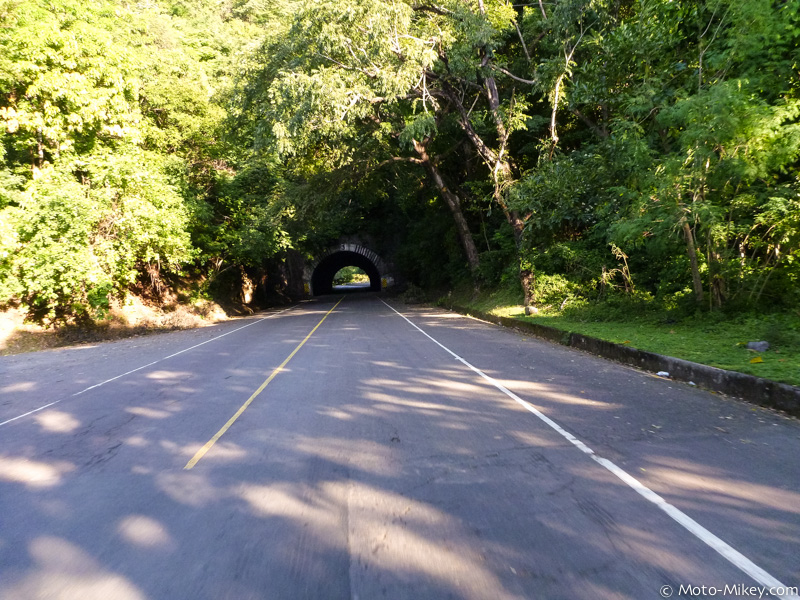 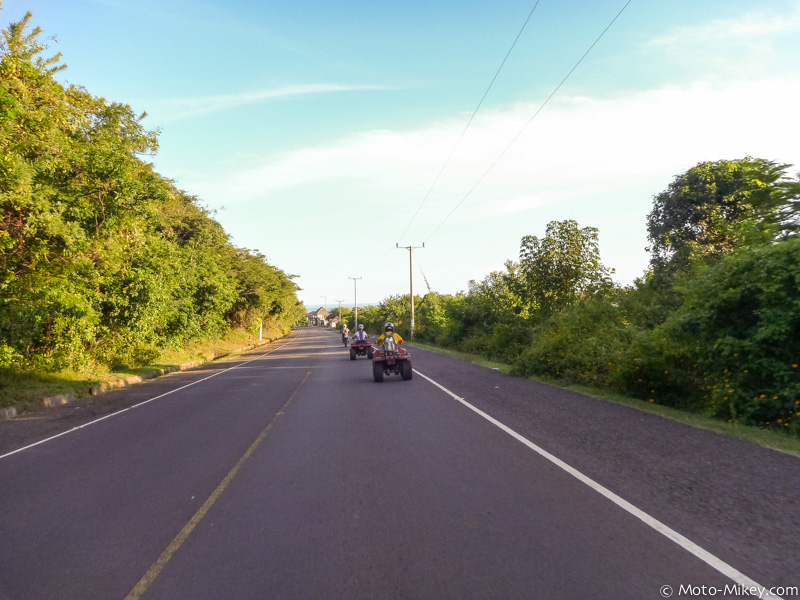 I made it to Playa El Tunco which is a fairly popular beach town along El Salvador’s coast. Lots of gringos come here to hang out and surf. 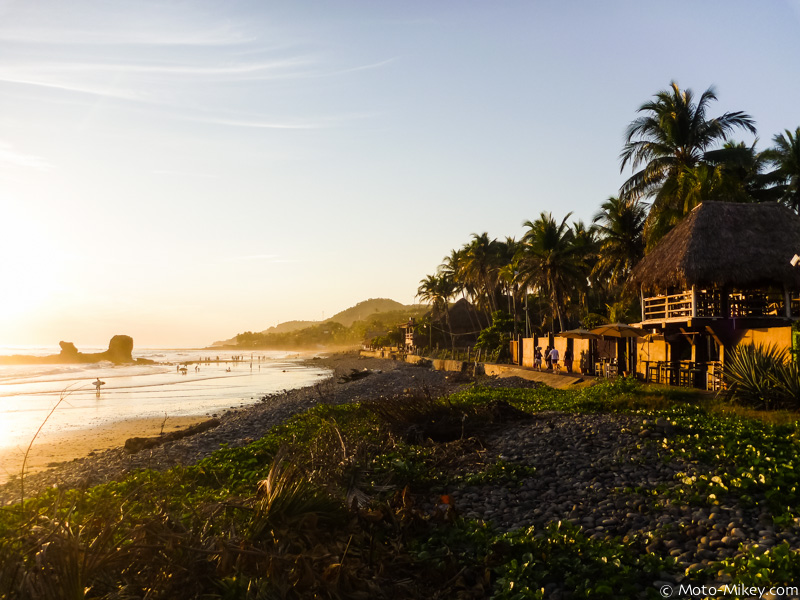 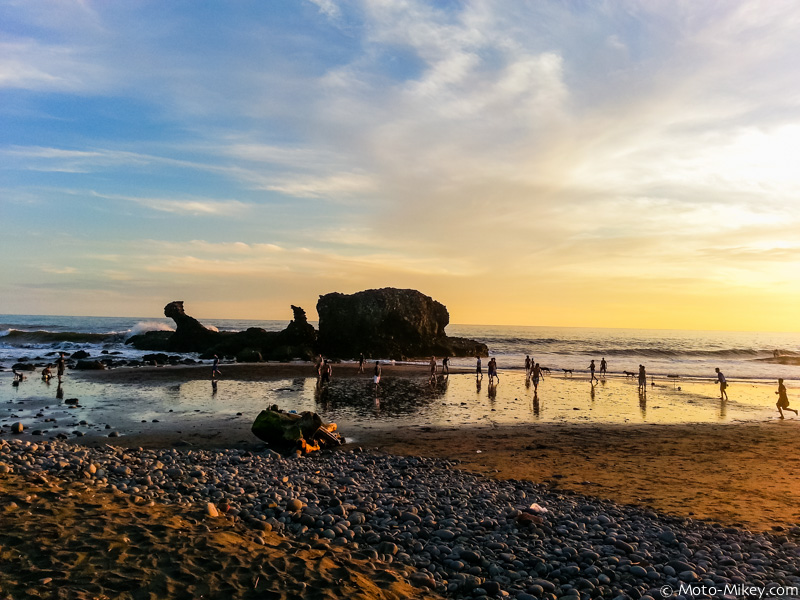 The next day I bummed around for a bit in town.. no rush to make it where I wanted to go today. I managed to find an El Salvador sticker for my pannier and in the process came across another adventure bike. An R1200GS with Ireland tags on it. I never found out who owned it. Maybe i’ll see them on the road further South.

Around 1030, I packed up the bike and left town. About 2km outside El Tunco, I passed another rider heading the opposite way. It turned out to be another rider, Dan, who I had met in Guatemala. We grabbed some ice cream (it was already 90 out) and BSed for a bit. He was heading inland into El Salvador and I was riding along the coast. We’ll probably see each other again in Nicaragua or Costa Rica. 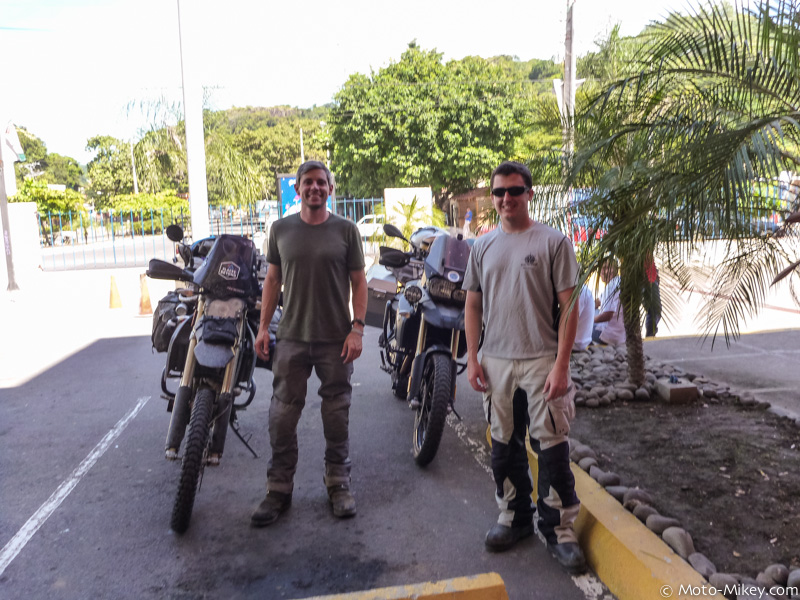 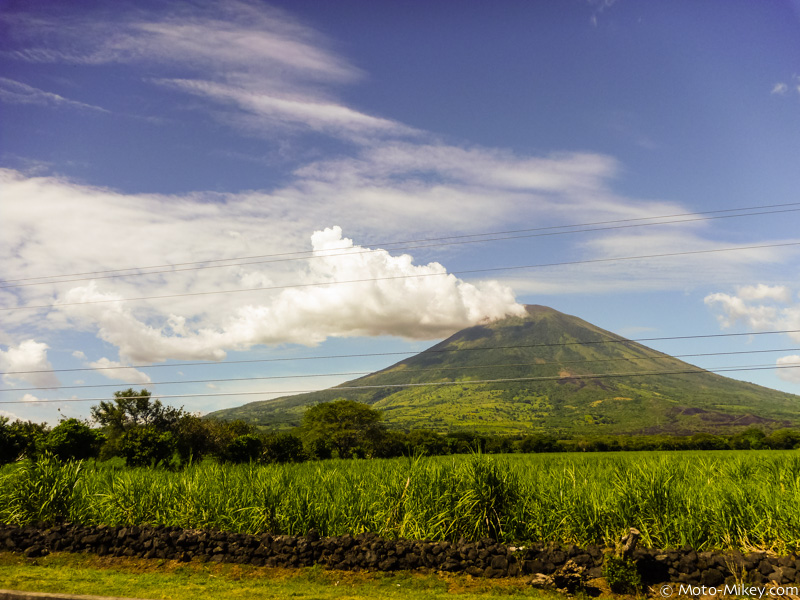 I had an uneventful ride from El Tunco to Santa Rosa de Lima. This small town is nothing special but had an interesting busy street market while I was there. I decided to stay here for the night since it was the closest place to the Honduras border. My hotel only cost $10/night so it wasn’t anything special.

I spent the evening reading a few border crossing guides that I had downloaded the day before. Tomorrow I would be crossing over into Honduras; the most notoriously corrupt police force and problematic border crossing in the Western hemisphere.. 😯