These last few days were spent in ‘transit mode’. There wasn’t much to see along the way except Semuc Champey, which I decided to skip on. I was set on making it to San Pedro La Laguna where I would be hanging out for a week to study Spanish. It should have only taken 2 days to get there from El Remate but ended up taking 3 due to some unexpected road conditions in the Northern part of the country.

I left El Remate after having a nice breakfast at the Hotel. Hotel Casa del Don David is a really nice place and I highly recommend it if you’re going to the Tikal area. The rest of the day was mostly uneventful with the exception of one ferry crossing and some afternoon rain.

It was nearing dusk, so I quickly found a place for the night in Coban. I think most of the countries in Central America don’t follow Daylight savings time, so it gets dark by 1730. There is a very notable military and police presence in this town. At sunset, everyone in town closes up their stores and the streets became nearly empty. I had heard that Northern Guatemala was becoming a hot bed for drug cartels that have been pushed out of Mexico by the Mexican Military. I had no issues here but definitely recommend being off the road before sunset if riding in this area; otherwise normal travel precautions apply. Another thing I noticed today is that Guatemala allows it’s citizens to own and carry firearms. This is the complete opposite from Mexico. I saw a few normal people open carrying AK’s, shotguns and holstered handguns. The guy at my hotel open carried. It was kind of a surprise after coming from Mexico.

Today ended up being frustrating. I left Coban early with the intent of making it to San Pedro today. It would have been a long riding day but in the end worth it. South of Coban, I made it to a town called San Cristobal Verapaz. Google Maps and my CENRUT GPS maps showed a road from this town that goes straight West and then eventually South towards Lago Atitlan, which is where I wanted to go. What the maps didn’t indicate is that this was a narrow dirt road going through the mountains. Normally this wouldn’t be too much of an issue but with all the rain in Northern Guatemala and Belize, the road was very muddy.. not only that but it was under construction too. That convinced me enough to back track a bit and take another road South. No pics of the muddy road, I just wanted to get out of there and had already wasted time. 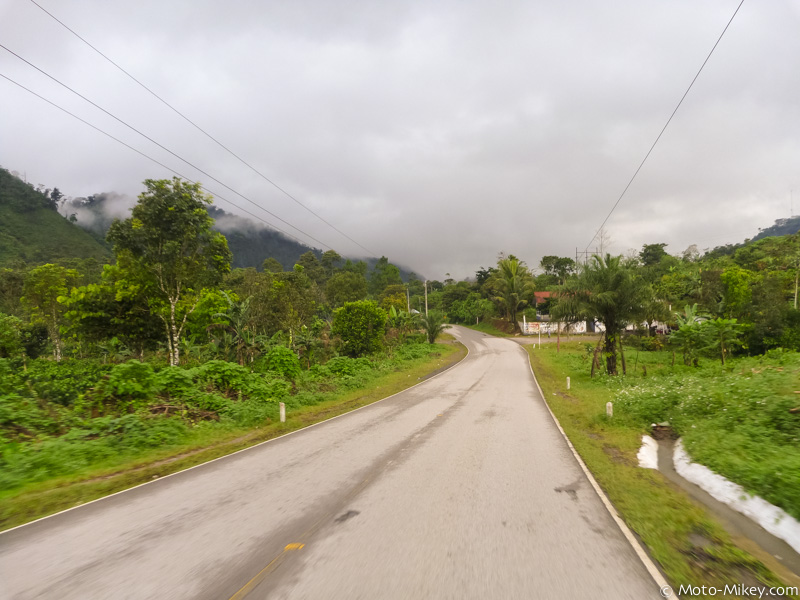 A few hours later I made it to the small town of Salama. Again Google Maps and my GPS showed a road going South that looked like a fairly direct route to where I wanted to go.

The road started out as (crappy) pavement that went through the mountains. After nearly an hour riding down the road, it turned to mud.. and not just a little mud but sloppy stuff that was nearly a foot deep in some spots. I decided to try it out anyways since I had already committed 25+km and an hour into this road. About 1km further down the road from where the pavement ended I came across a construction crew. I asked them about the road and they informed me that it would only get worse the further I went. “Okay… and how much further does it go?” They argued a bit between themselves about the actual distance but the consensus was that it was about 30-50km more till pavement.. Screw that! That would take hours at this slow speed! Defeated, I turned around and backtracked to where I had come from. 😡

By this time it was 1530 and would be dark within 2 hours, so I decided to stop for the night in the town of Rabinal. I asked a few locals at a gas station in Salama about the road that went West of Rabinal and the other road that went South of Rabinal towards Guatemala City. They told me they were good paved roads and advised me to to take the Southern road to Guate City and then West on the PanAm towards Lago Atitlan. I’d find out in the morning just how good these roads were.

I found the only hotel in Rabinal that had secure parking. It was fairly basic but at least clean. It was a small room with shared bathrooms. No WiFi, no hot water or other amenities.. but it only cost Q30! That’s less than $4! I think I only spent about $20 today.. including hotel, gas, and food. I knew Central America was cheap but this is crazy! 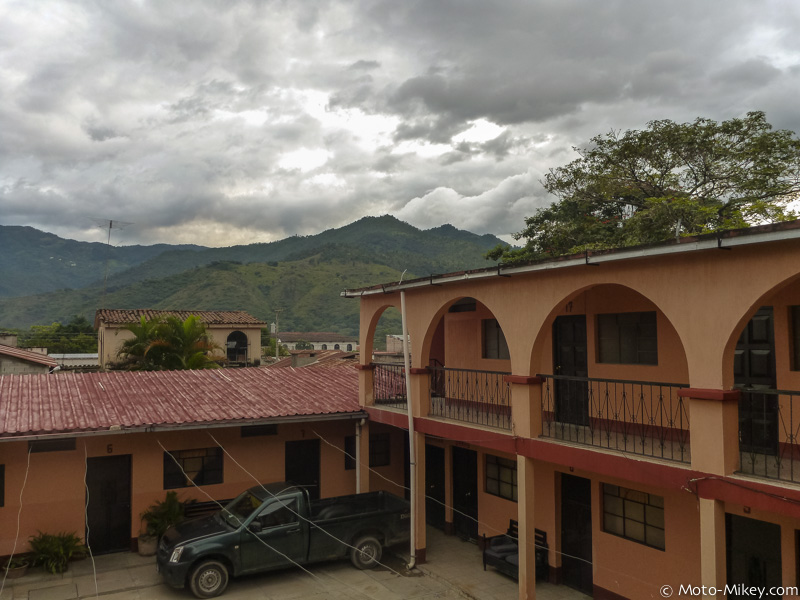 I grabbed breakfast at the small restaurant that’s attached to the hotel and hit the road. Let’s see what this ‘good road’ looks like..

..sure enough about 1km South of town the pavement ends and it turns to a dirt/mud road.. sigh. In addition to the mud, there were a few police checkpoints and military patrols along this section of mountain road. I didn’t have any issues but got the feeling that this probably wasn’t the safest road for a gringo like me to be riding down. I don’t think the locals I asked in Salama yesterday were trying to steer me wrong about the road conditions but I really do think they had no idea what the road actually was like. I’ve heard that in Latino culture/society, many males would rather tell you false/made-up information than ‘lose face’ and tell you that they don’t actually know.. I think I just confirmed that stereotype a bit today.

Since this was the 3rd time I’ve come across crappy roads in the last 24 hours, I was a bit fed-up and made the decision to take the main highway South to Guatemala City. I would have to backtrack about an hour or 2 and it would route me right through the middle of the city (something I was really trying to avoid) but I knew it would be a decent road and relatively safe.

The rest of the day was uneventful. It took about an hour to get through Guatemala City. There was a lot of traffic but the roads were good. 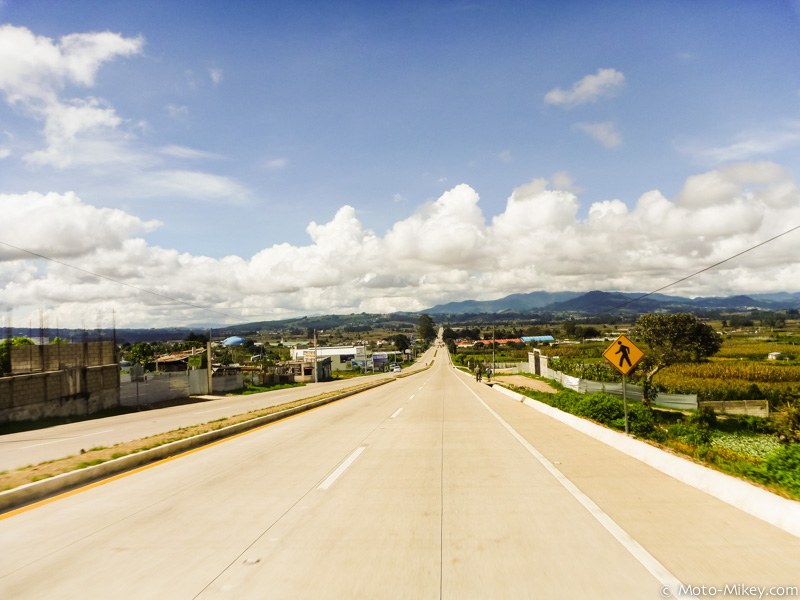 I made it into San Pedro La Laguna around 1600 and went straight to the Spanish School that I wanted to attend. After getting a tour of the place and signing up for a week of 1-on-1 instruction, I got settled into one of bungalows that the school has right on site. I got my own little place with private bath for $45/week, a really good deal, and it overlooks the lake and volcanos!

For the next week (maybe 2), I’ll be hanging out here in San Pedro to study Spanish and remain stationary for a change. It will be a nice change of pace. 🙂