This would be my first day riding solo in Mexico. Nervous? Not one bit! 😀 I’ve really come to love and feel at home in Mexico.

I’m not saying goodbye to Trevor because we’re gonna link up again somewhere in Colombia. However, it was a pleasure to have ridden with you, mate. See you again in a few weeks 😉

The majority of the day was spent riding through the Chiapas Highlands and passing through a few small Mayan communities. It was really interesting and I wish I had the GoPro going for some of it.. 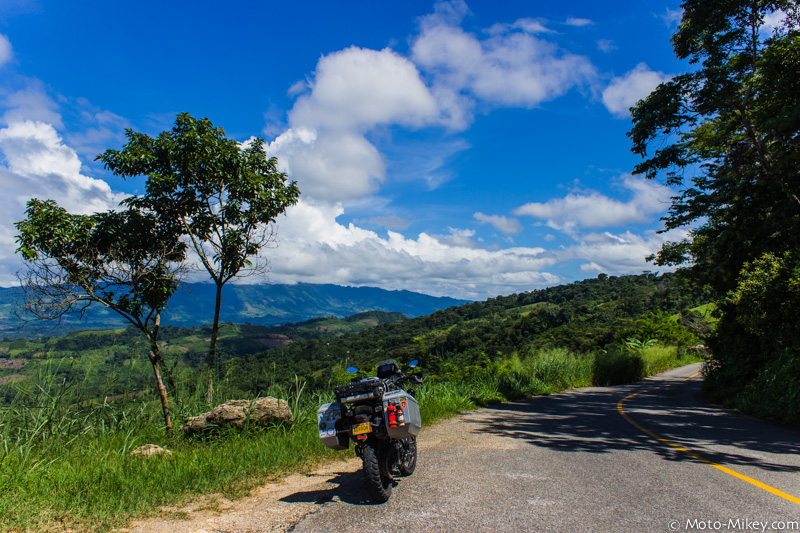 About 50km South of Palenque, I rode up to a protest/blockade. All the locals had gathered along this section of the road to protest something about the government and demanding some sort of reforms. They had a few ropes strung across the road along with homemade spike strips to stop the traffic. I managed to take a picture as I was approaching but it was too far to see any detail:

I stopped for the night in Palenque because I wanted to see the Mayan ruins that were discovered here.

I stayed in an area right outside the park called El Panchan and it’s really popular among the backpacker and ADVrider crowd. 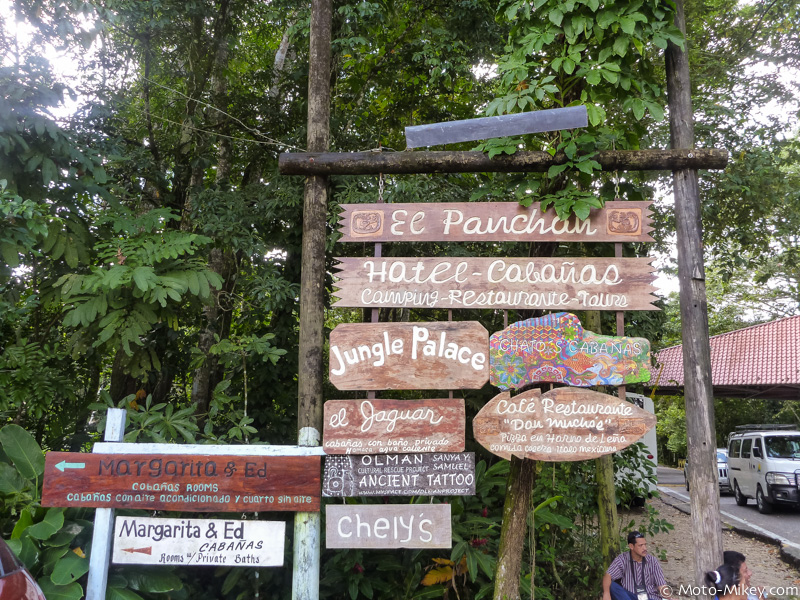 I got a room at Margarita and Ed’s place which had come highly recommended. It’s hidden back in the thick jungle. It was very hot and humid. 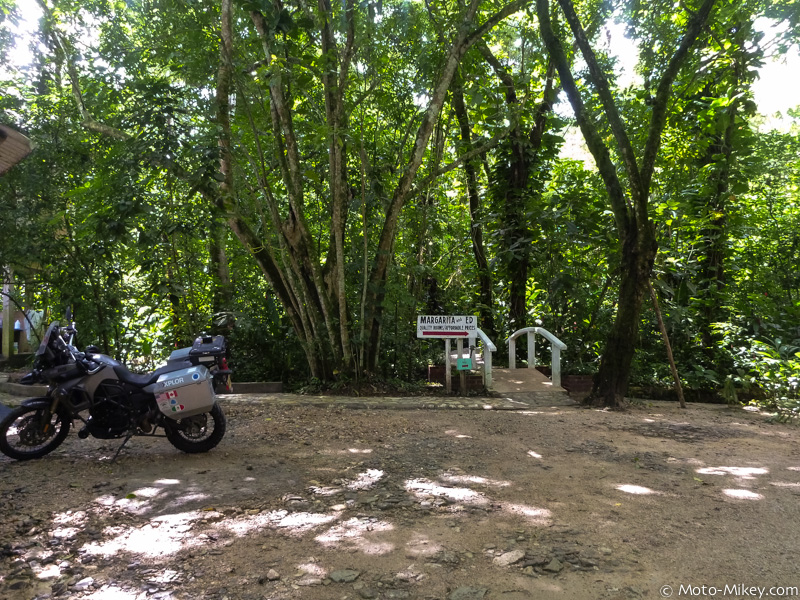 Walking back towards the hotel. There are iguanas, howler monkeys, parrots and toucans all around. 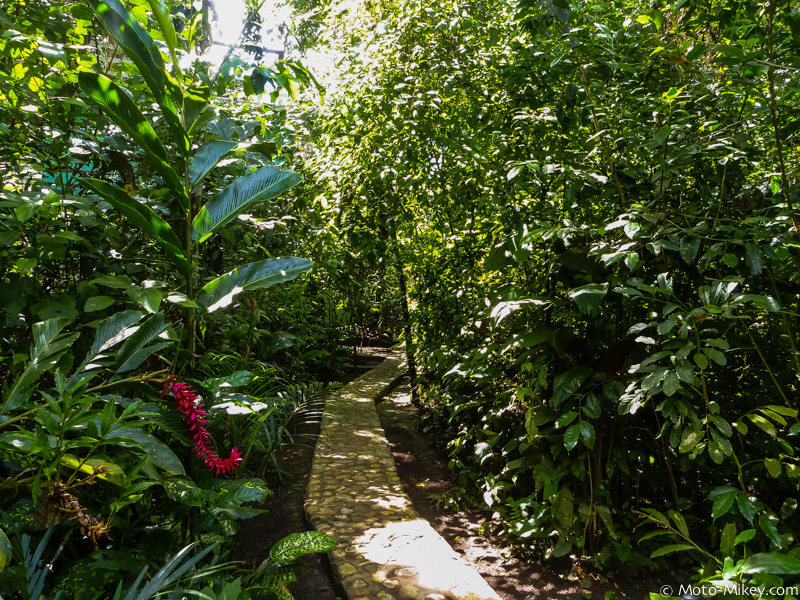 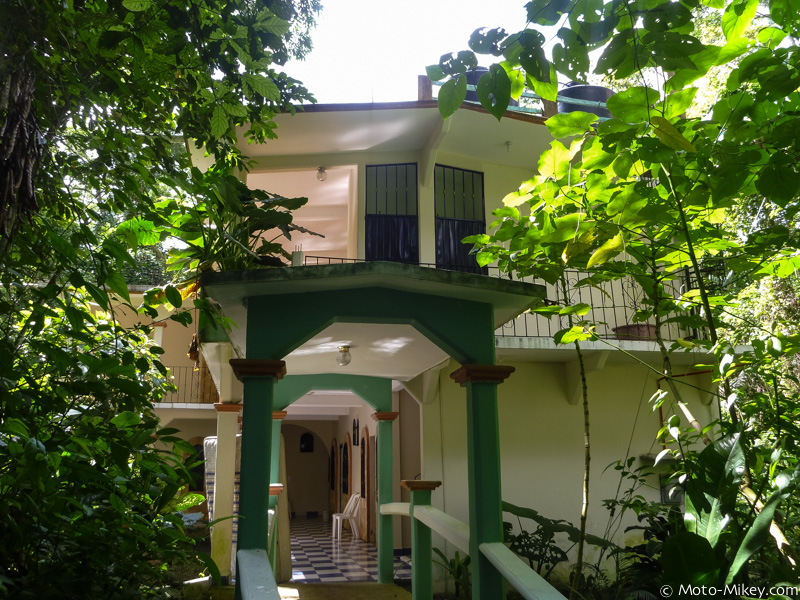 Tomorrow morning I’m going into the park to explore some Mayan ruins!

One Response to "Day 58: Chiapas Highlands"