We had a late start out of Oaxaca today (on purpose, no rush) and rode HWY 190 east towards Salina Cruz. HWY190 is probably the best road we have ridden on so far in Mexico. It’s not very scenic and it was a bit warmer than I would have liked but it was the smoothest asphalt. It also has a lot of good twisty sections as the road winds through about 100km of canyon. The topes were few and far between too! Oaxaca state and this area in particular is known for it’s Mezcal production, a popular Mexican liquor that is grown here from the Maguey plant. They look like agave plants but have a blueish tint to them. 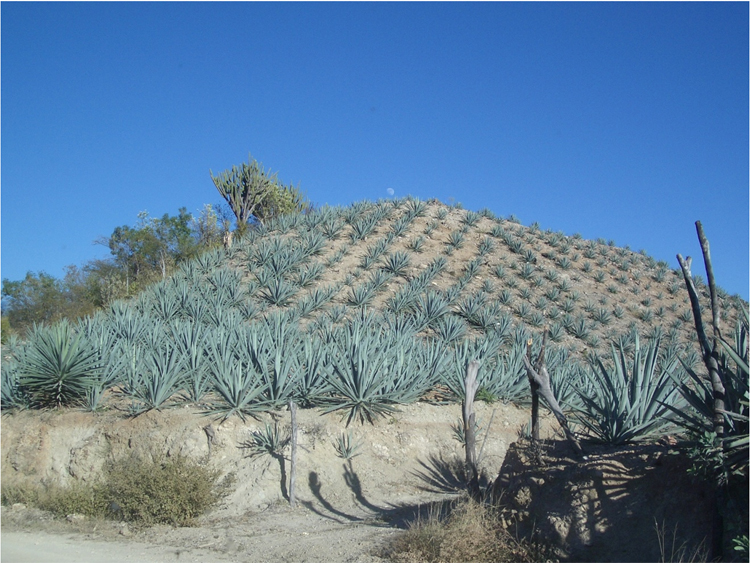 All the gas stations in Mexico are federally owned and operated under the name Pemex. It’s the same price per liter of fuel throughout the country which makes it easy and you get the same good service and quality. Fuel costs 11.90 pesos per liter which works out to around $3.60/gallon. Thumbs up for Pemex. 8) 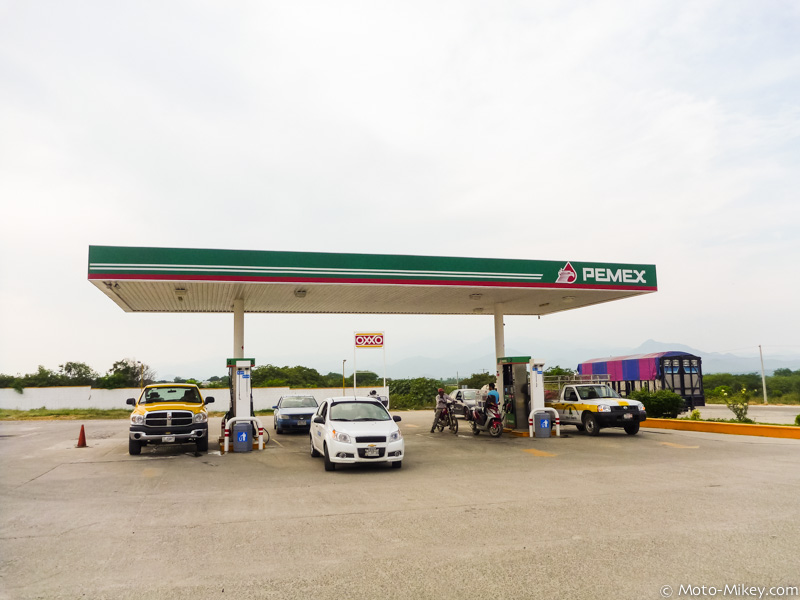 Some Pemex’s have an OXXO attached which is like a 7-11. They’re a good place to take a break after getting fuel and re-acquiring your bearing. They have ice coffee too 😉 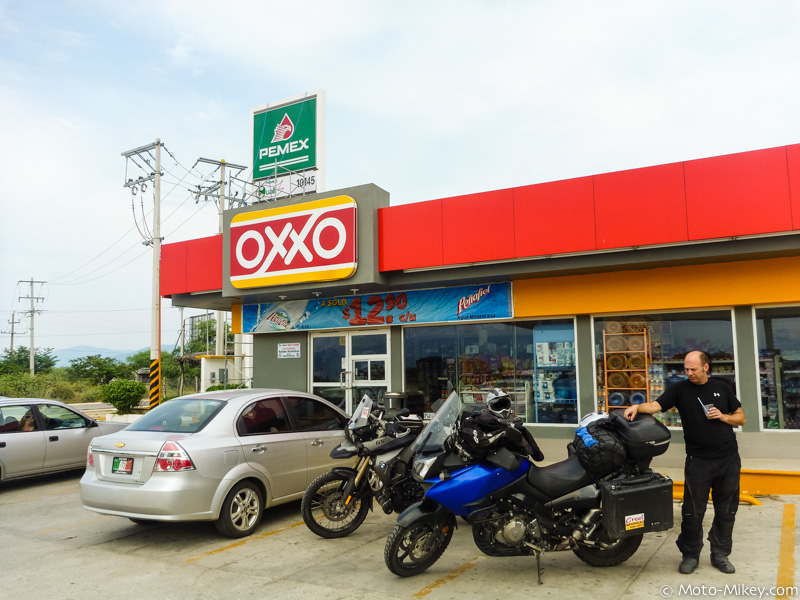 We made it into Juchitan, a mid size city, around 1800 and went to a hotel that was listed in my ADV Motorcycle Mexico book. It turned out to be a shitty place but we were wiped out and didn’t feel like looking else where. It had secure parking and was close to the centro plaza, so it wasn’t a complete loss.

Friday night in Juchitan turned out to be a pretty happenin’ place. Lots of food vendors and people out, to include a band playing in the plaza. 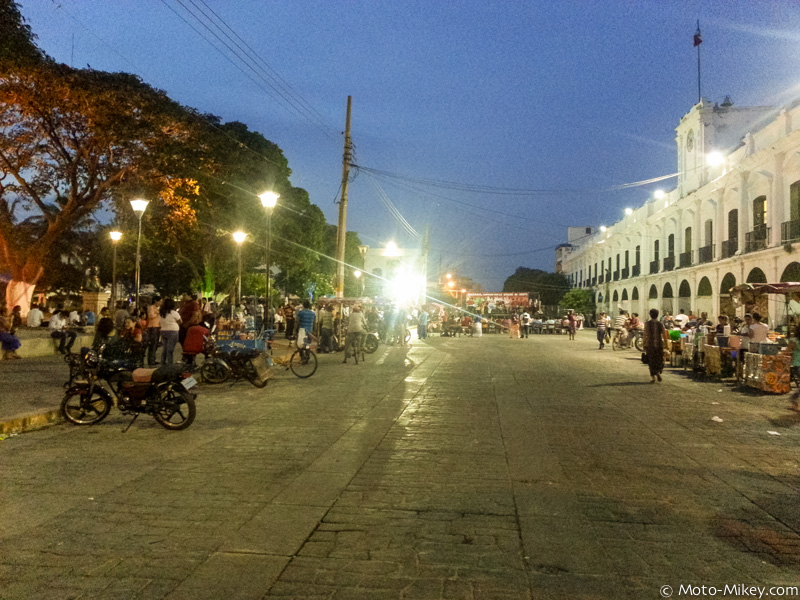 We walked around for a bit and grabbed dinner at one of the make shift outdoor ‘restaurants’. No idea what I had but it was decent. It was a cross between a quesadilla and a mexican’s take on a calzone. 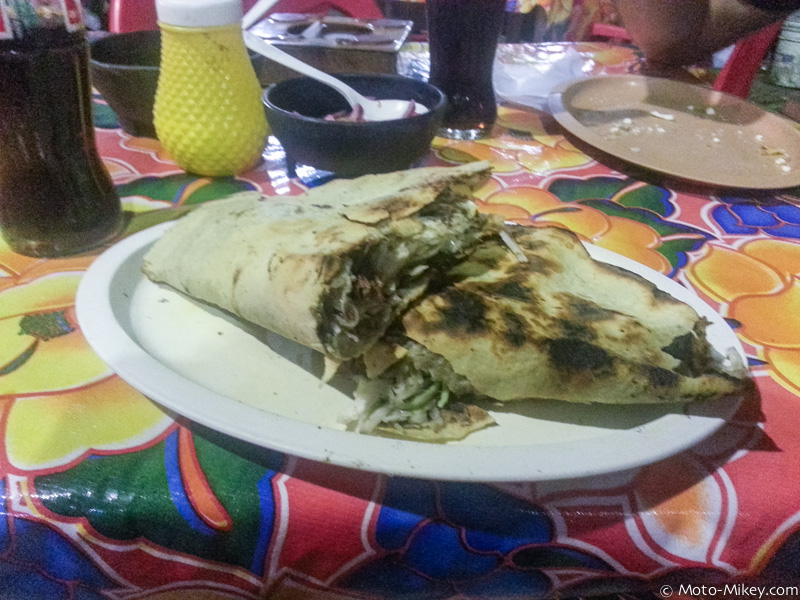 Our hotel didn’t have AC and it was over 90F inside my room.. all night.. Not exactly fun but it felt adventurous i suppose 🙂 This place does go down as the worst hotel of the trip so far.. So yeah, avoid Hotel Victoria Yan in Juchitan! 😆

One Response to "Day 55: Mezcal country"