Today we decided to start riding towards the coast. We wouldn’t make it there in one day, so instead we aimed for a halfway point which ended up being near Patzcuaro.

After enjoying a nice but expensive breakfast and a real cup of coffee we were on the road. We were to be riding into Michoacan state which we had heard and read a bunch of bad things about even from a few fellow ADVriders. Of course, everything turned out to be just fine.

It was a mostly overcast cloudy day as we rode South and we were expecting to hit some afternoon thunderstorms. 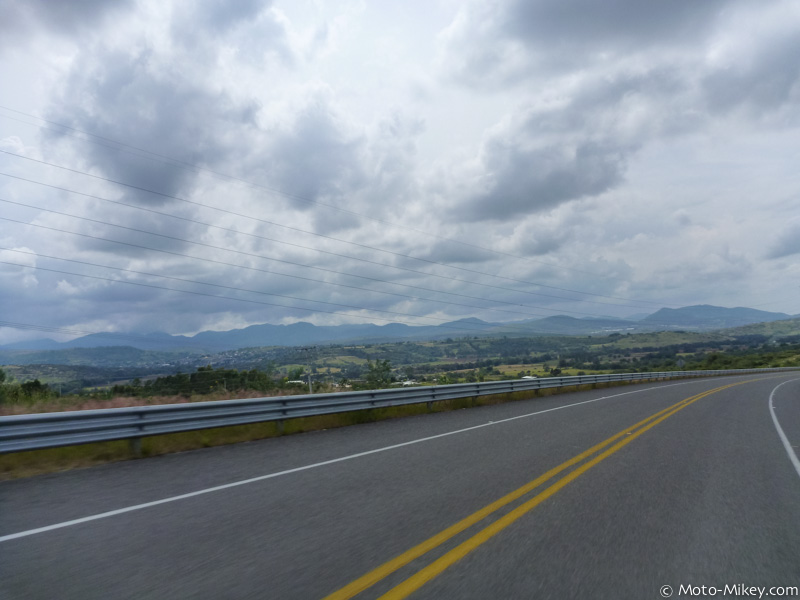 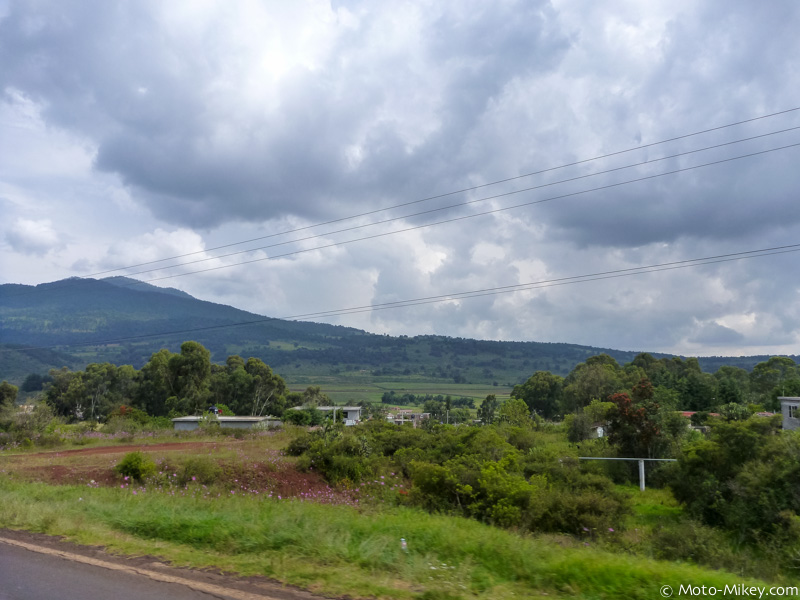 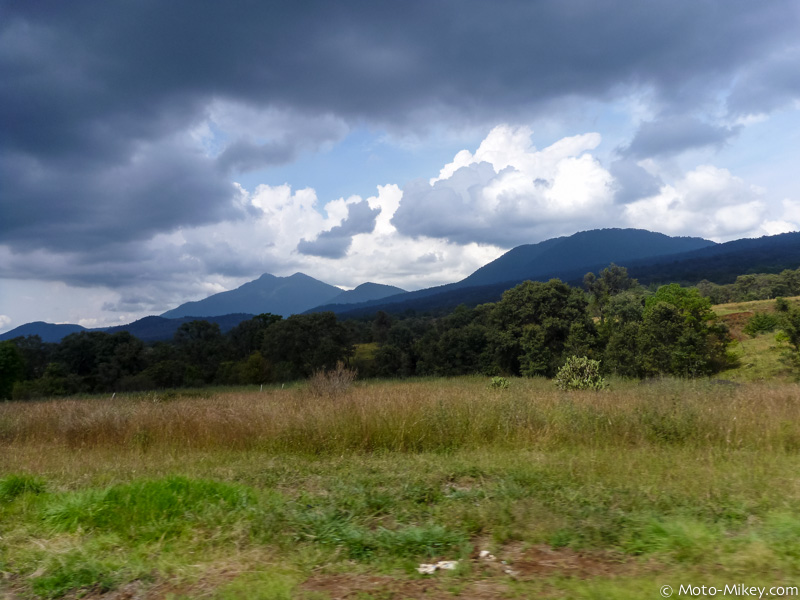 We made it to Quiroga which is just your average small Mexican town. About 30 seconds after we pulled into the covered parking area of a hotel it started to downpour. We made it just in time. We had past a really busy looking plaza on the way into town and after getting settled we walked back there to find some good cheap dinner. If all the locals are eating there then it must be worth while. 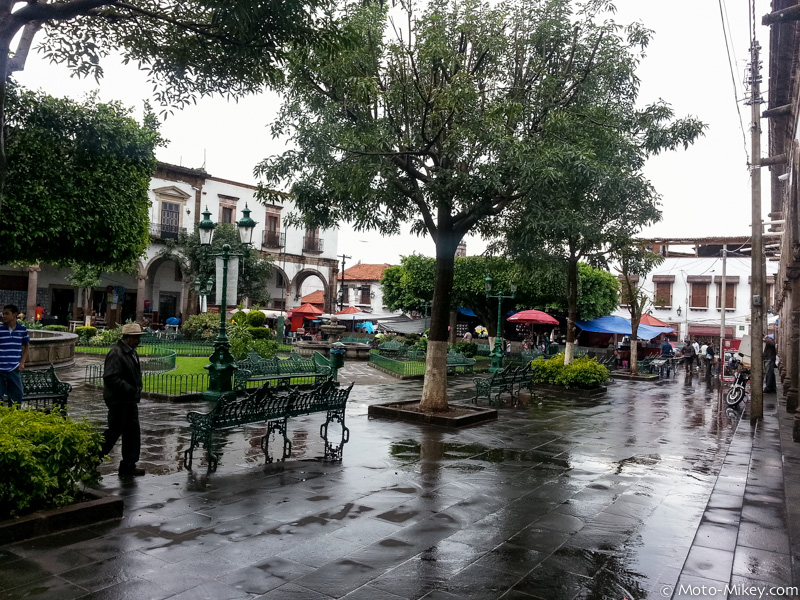 Pollo con Mole (chicken in Mole sauce). It was reallllyyy good and dinner cost less than $3. 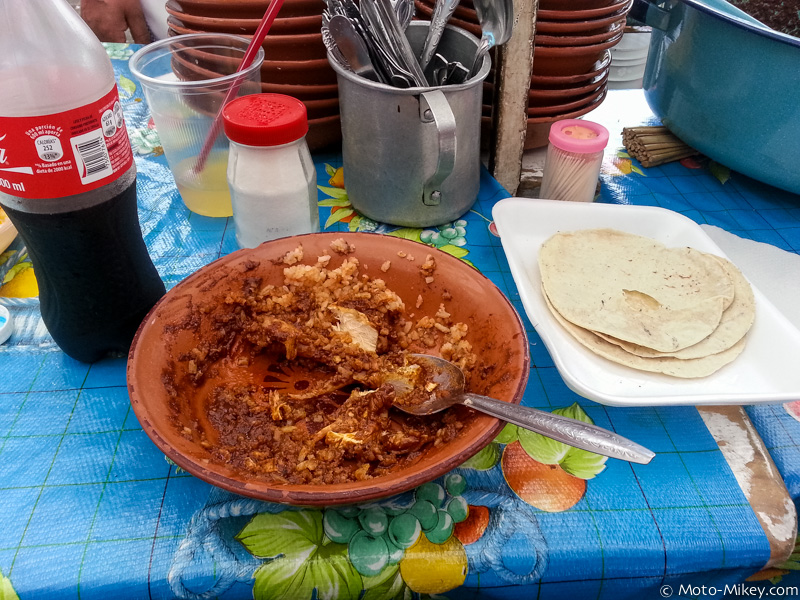 After eating dinner, we hung out in the square, did a little people watching and used the free WiFi.