Twisties: The beautiful winding curves certain country roads hold, that provide an unparalleled thrill to all true motorcyclists through a godlike combination of road, momentum, man, and steel.

Too many twisties? Is it even possible? No, not really.. but this day sure had a lot of them.

It gets pretty cold here in the mountains. It was probably about 50F this morning when we were packing up the bikes at around 0800. We went back to the same restaurant that we ate dinner at last night since we figured they would be open (and they have WiFi). After eating desayunos, we were on our way out of town when we saw a Suzuki V-Strom on the side of the road at another restaurant. Here we met Trevor who is from Canada and riding down to South America. He seems to have a similar route and time frame as me, so we’ll probably run into each other often throughout the journey down South. After some small chat, he joined us as we rode towards Creel today. 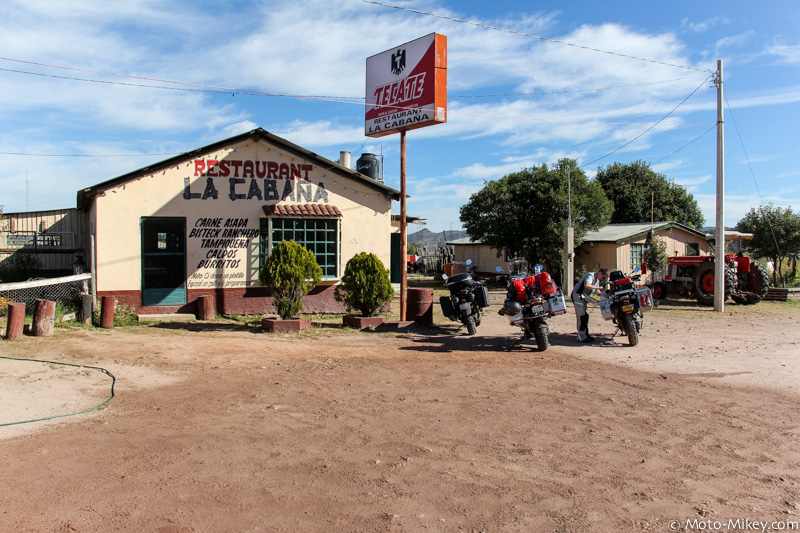 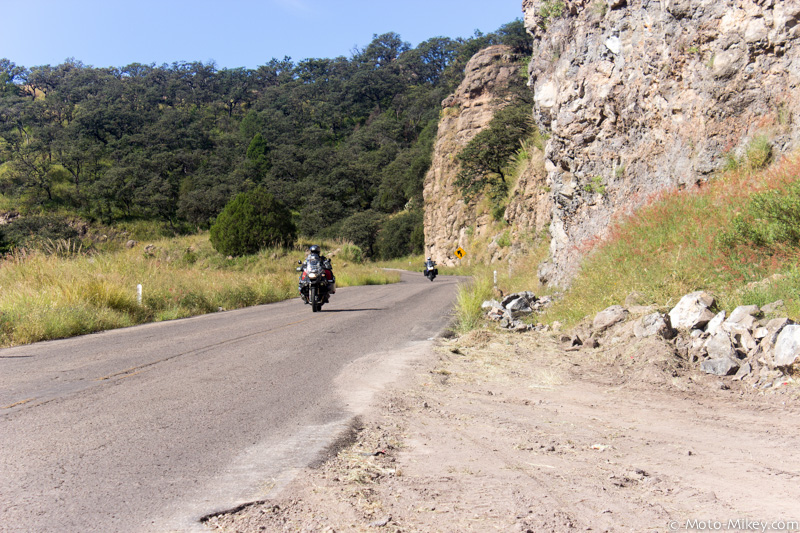 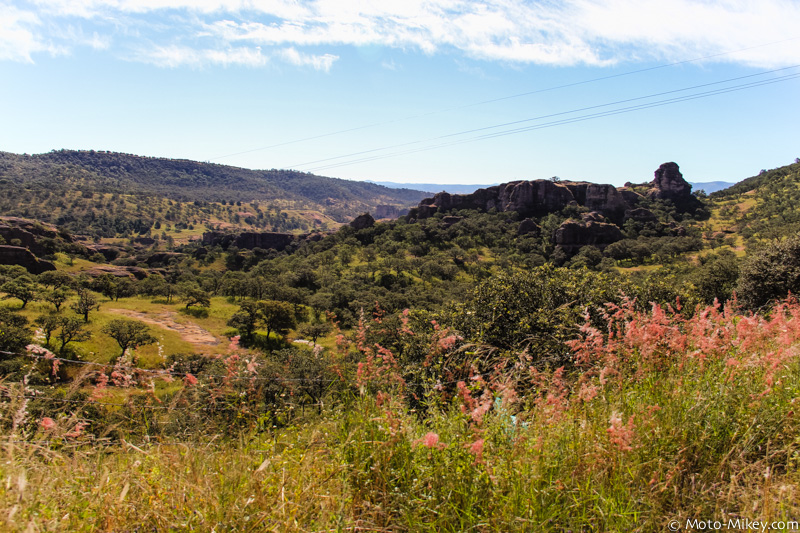 Highway MEX16 is an amazing road that should NOT be missed if you’re riding through Mexico. It has a ridiculous amount of twisties.. Imagine riding the Tail of the Dragon for hours on end.. Turn after turn after turn. It seemed like the straightest piece of road was less than 200 meters all day. It also has a lot of great views and scenic landscape. Only bad part is that there are very few places to pull over and stop.

Some GoPro shots from the road:

Once we reached the Parque Nacional Cascada de Basaseachi, we got off MEX16 and rode Southeast towards Creel on Highway 23 (I think). This road passes right by the Basaseachi Waterfall, so we made a detour into the park to stop at the mirador (view point) and get some photos.

From the park we rode to the end of Highway 23 which intersects at the town of San Juanito. It’s kind of a crappy run-down town. We stopped here for lunch/dinner since we hadn’t eaten since 0830 this morning and it was already 1600. From here it was only another 20 miles or so to Creel. 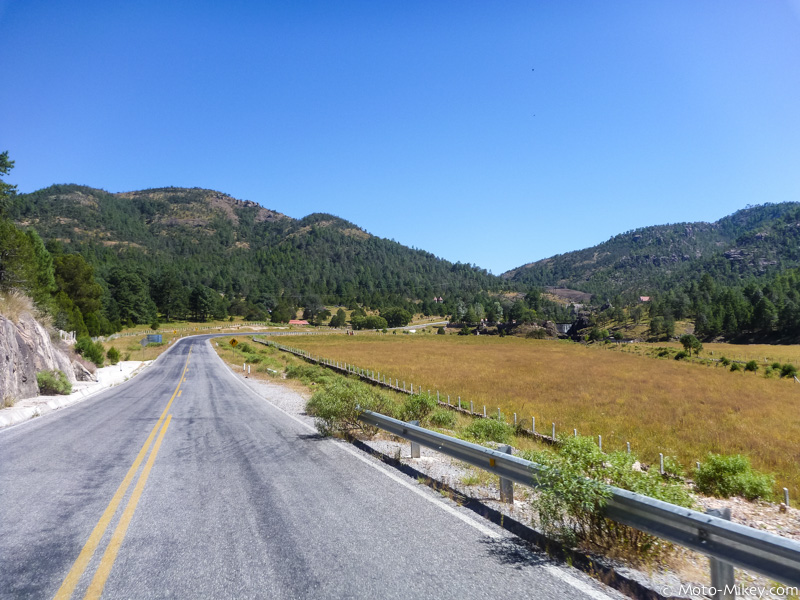 We arrived into Creel and stopped at Hotel Paraiso del Bosque for the night. It’s a pretty nice place and has everything we were looking for. At $33/night it was a bit out of budget but that’s okay. We hung out for a bit drinking some cold Pacifico’s and BSing before calling it a night.

Tomorrow is another exciting day as we venture off-road down Copper Canyon towards Batopilas. 😮