The whole border crossing process was pretty easy. We were both in and out in under 40 minutes which is pretty good. Some borders in Central America can take hours.

This border is a good place to cross since all the necessary offices are inside one building just as you cross the border on the right side. Park the moto in the secure guarded lot behind the immigration/aduana building, walk inside and get in the immigration line. Once your tourist card/visa is approved, have some copies made for $1 at the next window and then go to the Banjercito window to import the moto and pay all the required fees. After that, go back to the immigration window for the final passport stamp and you’re done.

Total costs to cross into Mexico:

Pro-tip: When you first go to the immigration window, one of the things they will ask you is where you are going. Do NOT say something like Guatemala, Central America, South America, etc.. otherwise they will give you a transit visa and not a tourist visa. A transit visa is only good for 30 days while a tourist visa is good for 180 days. They both cost the same and it makes no difference if you really are eventually going to South America or somewhere else.. simply tell them you are going somewhere in Mexico like Oaxaca for a few months so you get the full 180 days and aren’t in a rush to get out of the country before your visa expires. I nearly learned this the hard way but was able to convince the lady (in my rudimentary Spanish) to give me the full 180 day tourist visa.

After getting processed into Mexico, the next things on our list were to hit up an ATM to withdraw pesos and then find something to eat for lunch. 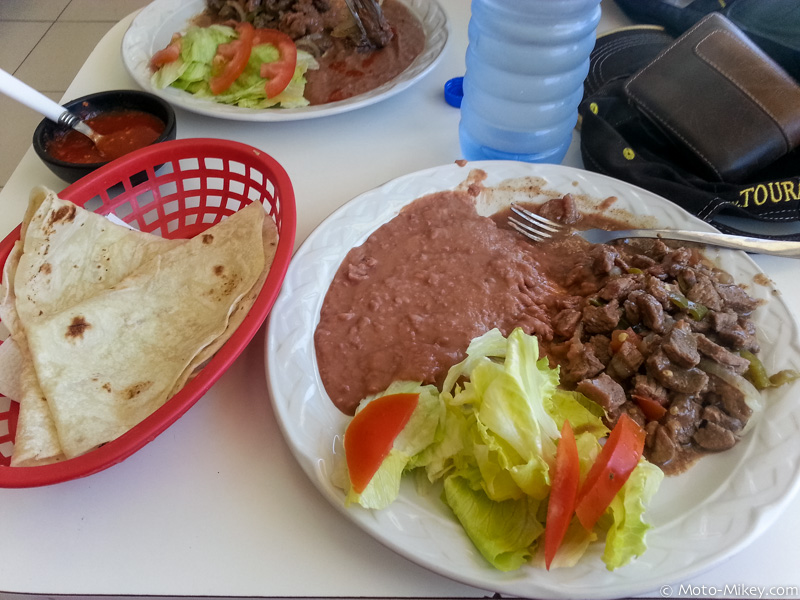 We stopped at a Pemex gas station on the outside of town that had a little tienda (store) and restaurant attached. There we bought a couple bottles of water and had the Plato del Dia con bistek. This was the set lunch item of the day and consisted of beef fajitas with a side of frijoles (refried beans). My first legit Mexican meal of the trip..

It was pretty good and only cost about $3-4.

After loading up on Pesos and grabbing chow, we headed South along MEX17. Our initial plan was to make it to Sahuaripa or Moctezuma for tonight. It was about 1330-1400 by the time we left Agua Preita, so it was already getting later in the day (and hot out). After riding South for about 1.5 hours we decided to stop at the next town to settle down for the night. Moctezuma was still another hour away and Sahuaripa was at least 2-3, so they were out of the question. The next place we came across was a town called Nacozari. We did a quick spin around the place to check out the hotels available before settling in at Motel Toby. 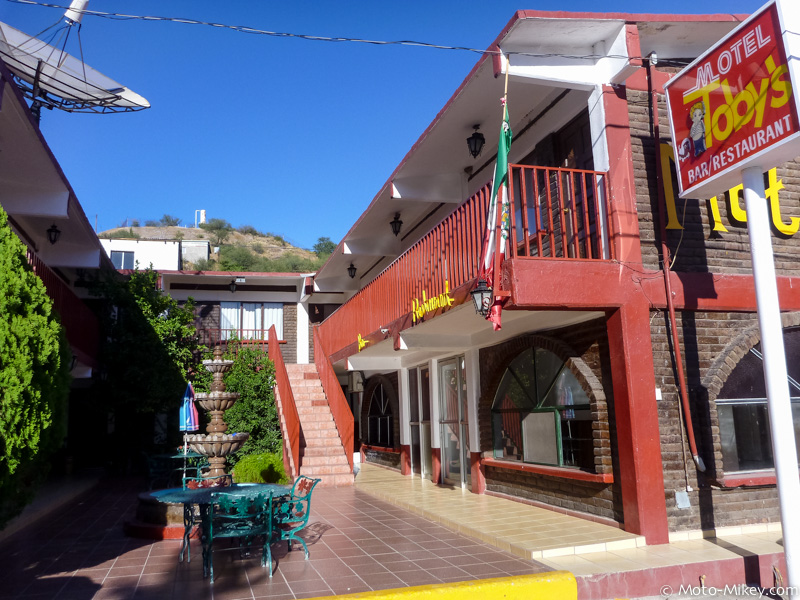 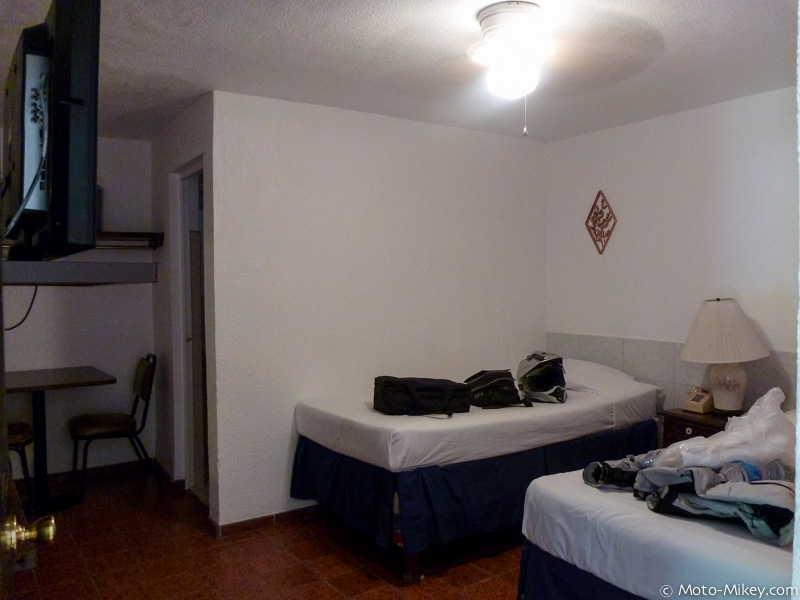 It’s a nice place that has everything an Advrider is looking for: AC, clean, hot water, secure gated parking area for the moto, WiFi and a nice little court yard to hang out in and drink beer. Only downside is that it was expensive.. at least for me on a limited long term travel budget. At a price of 500 pesos/night ($38) it was nearly double what I wanted to spend.. but we were both tired and ready to settle down, so we each got our own room.

After getting settled in, we walked around town to get a feel for the place and immerse ourselves in Mexico. It wasn’t long till we found some cold cervezas to drink. 😉 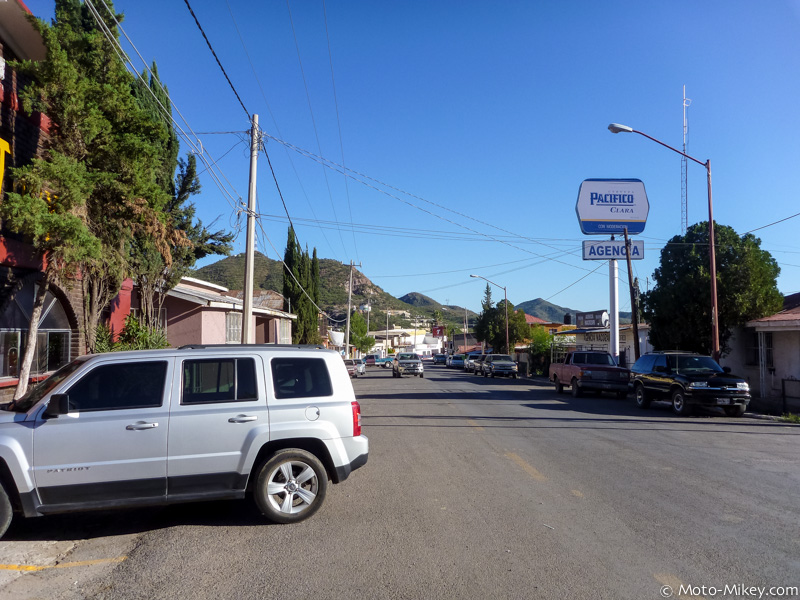 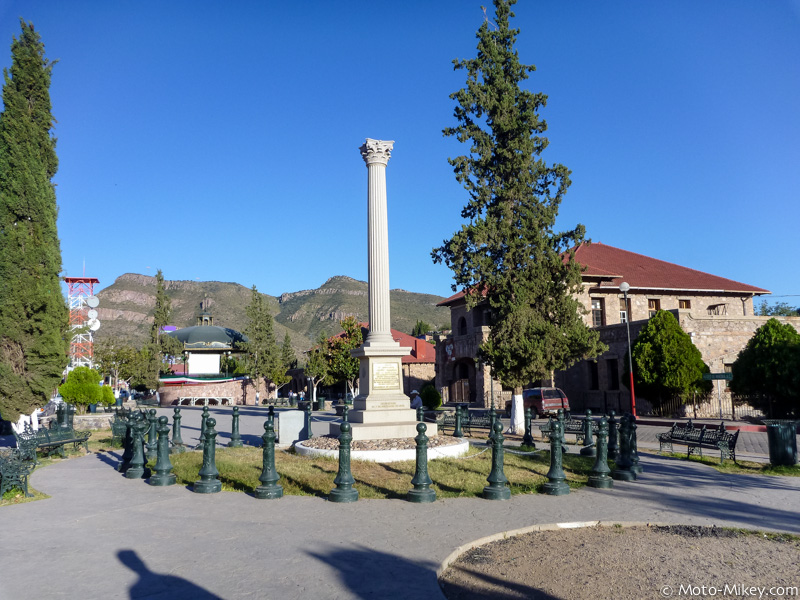 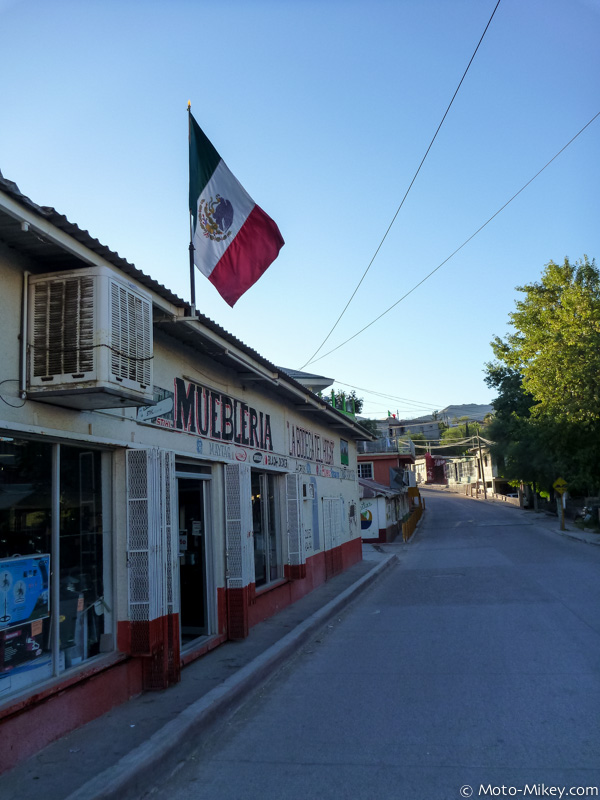 We tried to find a little local restaurant or taqueria to eat dinner at but almost everything was closed. I suppose for being a Tuesday evening in October and in a real small town with little to no gringos walking around, not many places stay open late. On the way riding into town I saw some restaurants open (and busy) but by 5-6pm everything was closed. On the way back to the hotel, we stopped at a little tienda and grabbed some things to eat. Dinner for tonight was going to be fresh tortillas with avocado and cheese. We also snacked on some Chicharons and of course more cervezas. 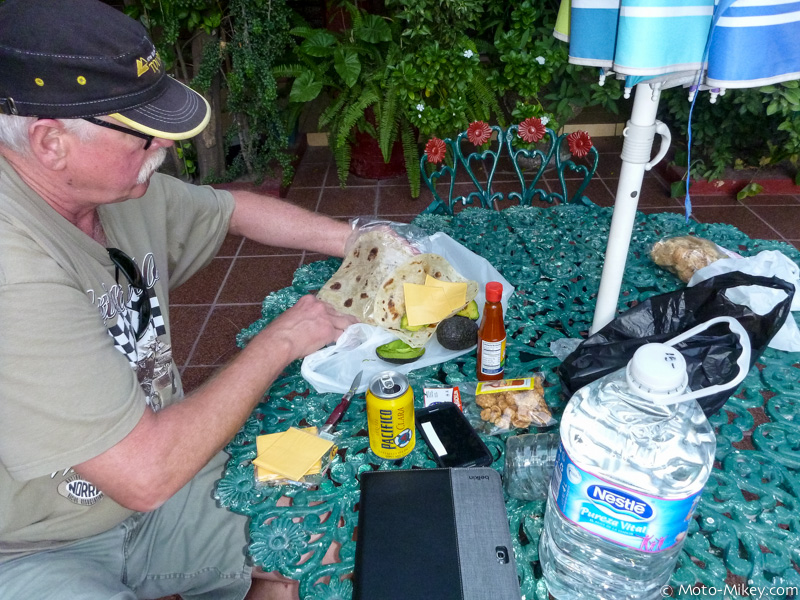 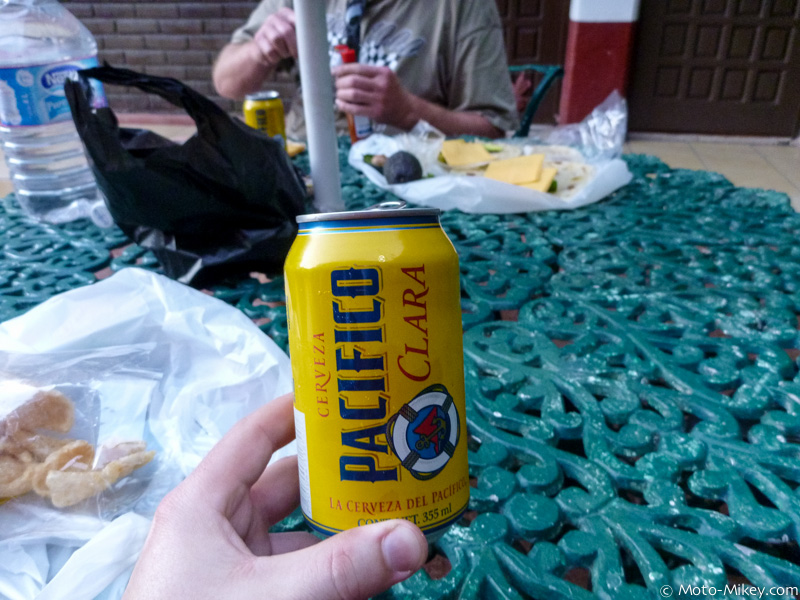 So far my first day in Mexico has been great. Everyone has been very friendly and helpful.

Tomorrow we are heading South towards the start of Copper Canyon.. gonna be some good offroad dual sport riding as we make our was down to Batopilas.