Today was going to be another big mileage day. My goal was to make it to Dawson Creek, BC and the end of the Alaska Canada Highway. I started the day off by having a hot shower in the lodge (I had the correct coins AKA Loonies this time). Even after paying $40/night for a camp spot I still had to pay for the shower.. sigh. I probably sound like a cheap ass so early into this blog, but really.. charge me another $1-2 for a shower after nailing me for $40.. Anyways, I then had breakfast inside the lodge which while it was reallllyyy good was still expensive (more of me being cheap?). All the breads were fresh baked about 15 minutes earlier and I love bread. I had some french baguette, some swiss twist loaf, and some other goodies. The coffee was also excellent. 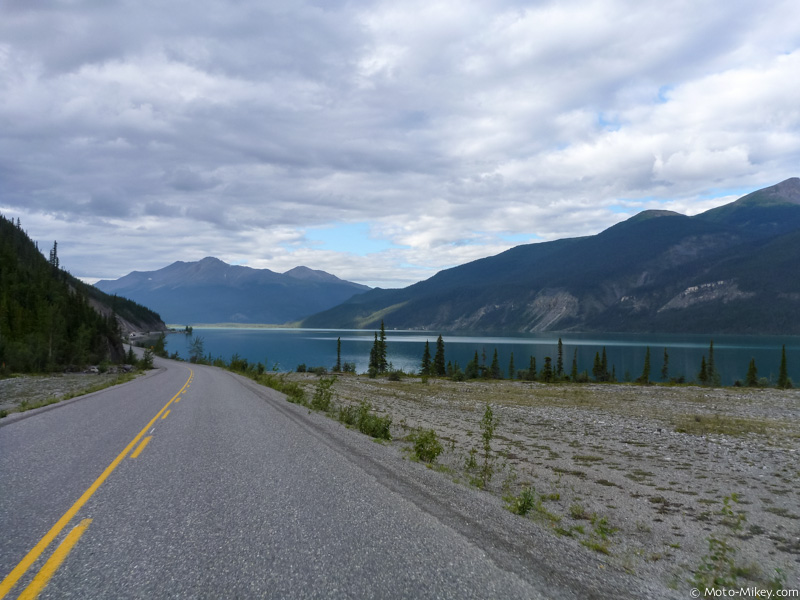 The next 100KM south from Muncho Lake was filled with wildlife. Lots of Sheep (or Goats?), Elk and Deer along side the road; some even in the road. 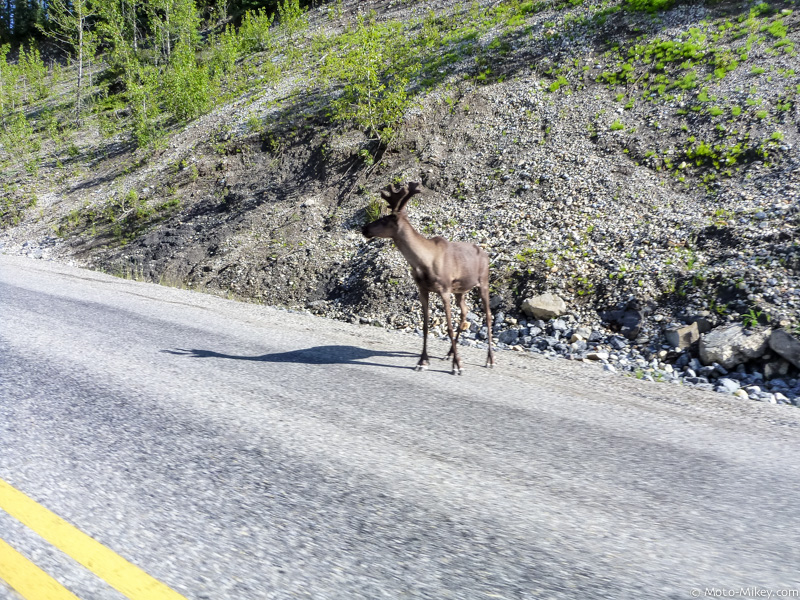 Once out of the mountains, the terrain flattened out and the clouds started to build.. I had checked the weather for Dawson Creek the night before and it wasn’t forecasted to rain. 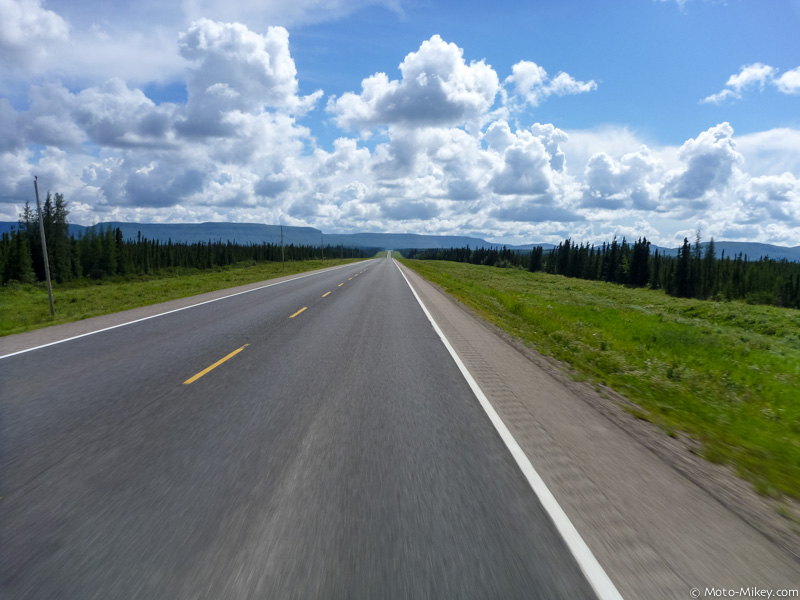 By 1300 with still over 400KM to go to make it to Dawson Creek, the skies finally let loose. I could tell for a while that I was going to get significantly wet. LOTS of grey clouds in the distance and the ALCAN went right through the middle. 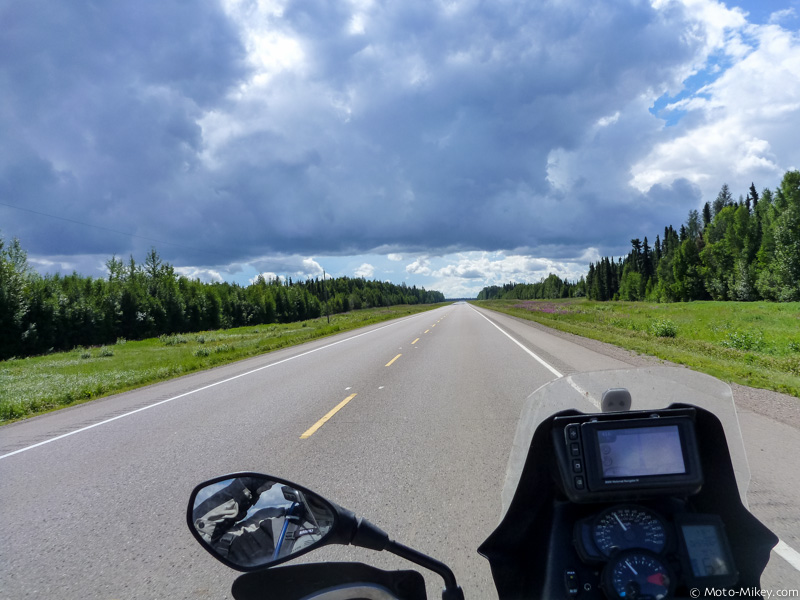 For the first time in my motorbike riding history, I actually stopped before the rain and put my rain suit on. Usually I procrastinate till I’m actually getting rained on and then after much deliberation stop to put it on. Not only that, but it actually continued to rain after I was wearing it. Too many times have I suited up only to ride another 10km up the road and it stop raining. 😡

For the next 3-4 hours I would get sporadically rained on. About 50km from Fort St. John, I had another first time for me. The temps started to get real cold, there was thunder/lightning all around and then.. Hail! I rode in pea size hail for about 4-5 minutes. Not too big of a deal but it was certainly a first for me. It also did a decent job cleaning off all the bugs and dirt off the bike. 😛 Shortly after the rain stopped I also had a big female Moose (Moosette?) nearly run in front of me while doing about 70kph. It got about halfway onto the road and then turned back at the very first minute. Probably my closest call yet with hitting an animal.

It continued to rain so I didn’t take anymore more photos since my camera was tucked inside my tank bag with the rain cover on.

I had initially planned to make it to Dawson Creek but was already fairly tired and over the rain. So after stopping in Fort St John (a decent size town) and grabbing coffee at Tim Hortons (again), I searched the trip advisor app for a decent hotel. The Lakeview Inn and Suites had good reviews and was fairly priced, so I went there. They even gave me a military discount which brought the price down even more. Score! WiFi, a comfy bed, and ample time to relax. Ahhh, much better.