After taking a quick camp shower and packing up, I rode into the town of Sandusky in search of a cafe for breakfast. I did a quick Google Maps search and found Mr Smith’s Coffee house which had pretty good reviews. Once there I grabbed some joe and quiche, then hit the road to knock out the last portion of interstate out Ohio and into Pennsylvania. Yay for more boring fee based interstate.. 😡 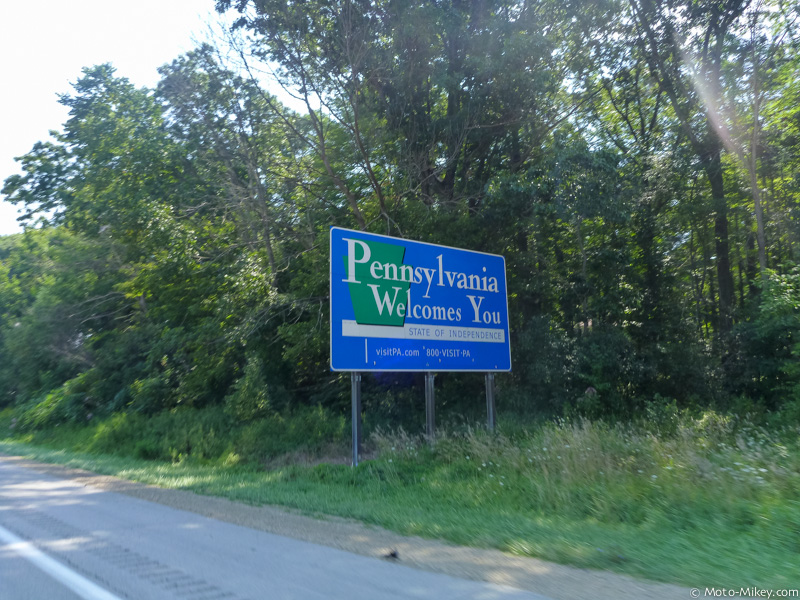 Once I got to the side roads of PA things quickly got better. Cooler temperatures, less traffic and more green.. Have I mentioned I hate riding the interstate? 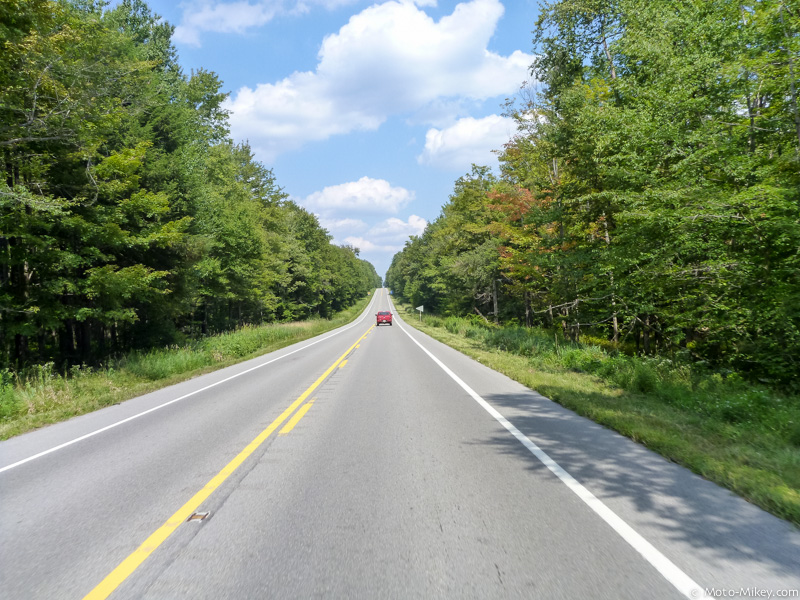 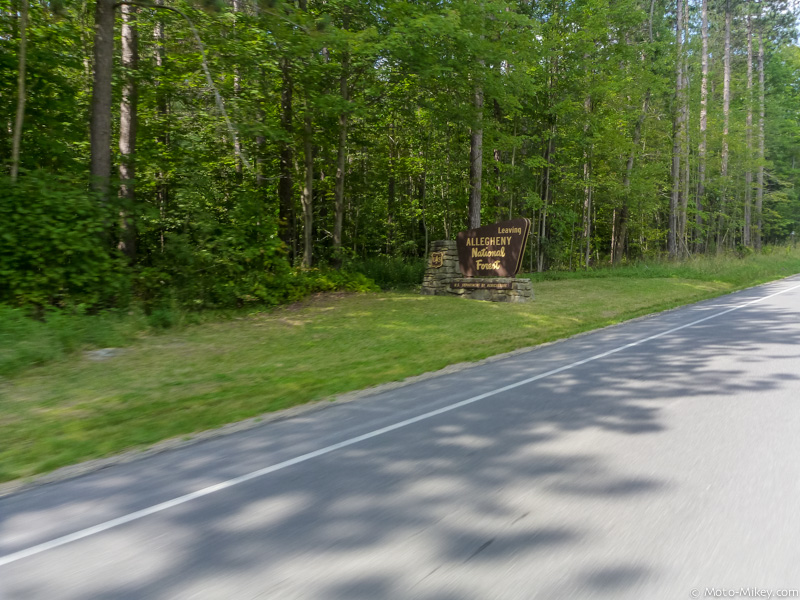 I grabbed a late lunch and some more coffee at a cool little cafe in one of the many small PA towns I passed through. Lots of people were hanging out at this cafe.. playing the guitar and just  BSing. 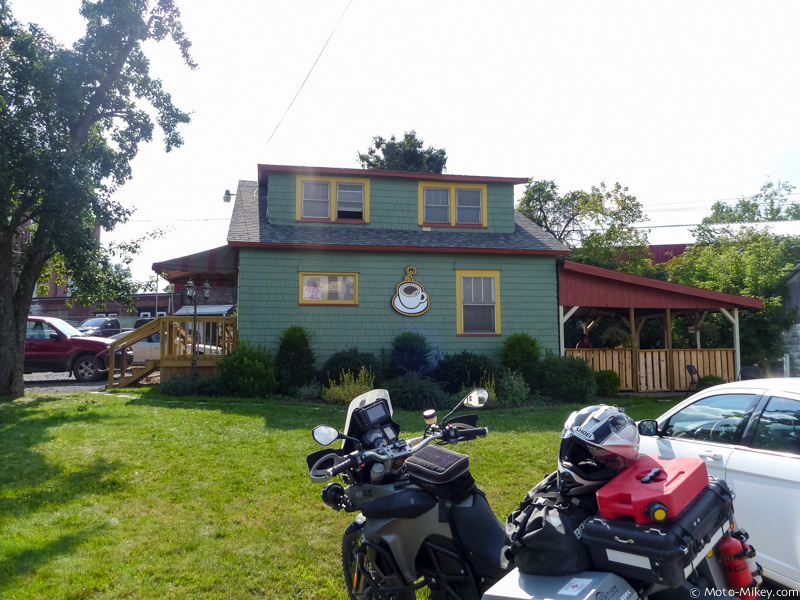 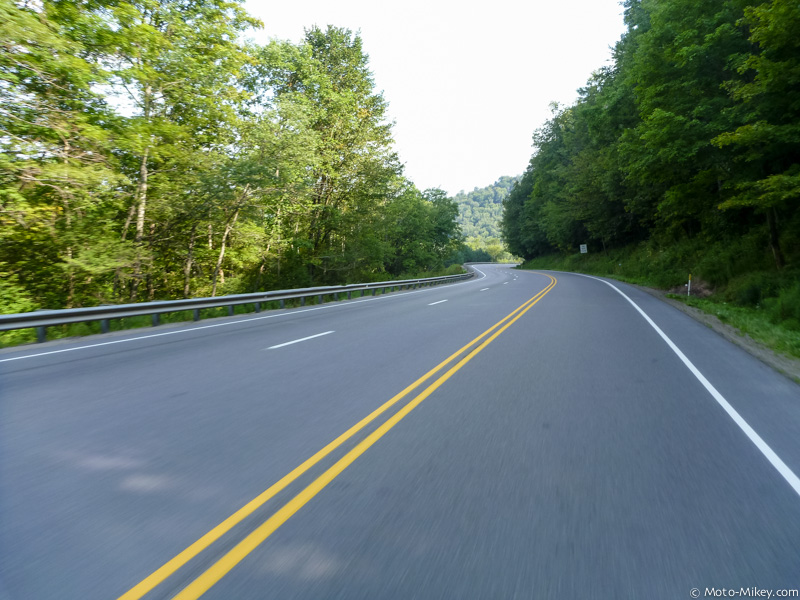 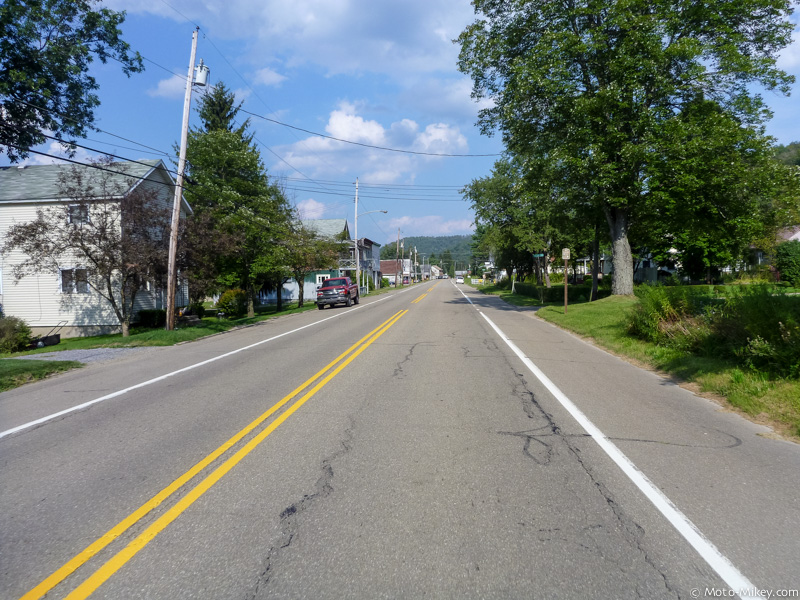 I didn’t have much of a goal or destination to aim for tonight. I had a few campgrounds saved onto my GPS that were along the route I had drawn out but wasn’t really feeling up to camping tonight.. not sure why not? It was nice out and PA seems like a decent place to camp.. 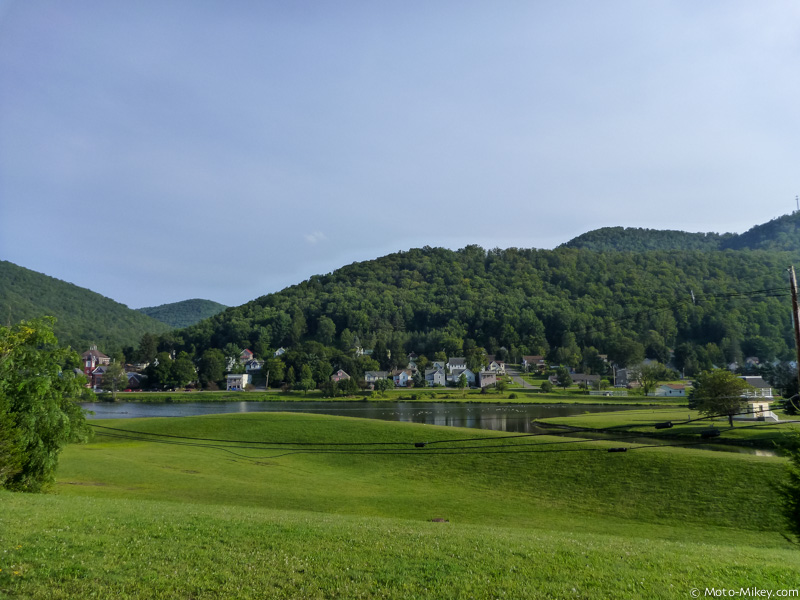 I rolled into Wellsboro which is in the Northern part of PA near the NY border. I did a quick loop around town and decided to stop at a motel where I saw a few other bikes parked. I figure they might know something I don’t. It was a good choice. The room was the cheapest I’ve found on this trip ($65/night) and yet still very clean with everything you’d want. While unpacking the bike, a few guys came over to chat. My think my Alaska license plate attracts a lot of attention. Everyone initially asks the same question.. “Did you really ride THAT from ALASKA?!” 😯

Nearly every biker staying at this place was from Canada. They come down here to the States to ride for a few days since it’s a nice change of scenery, away from the wife/kids and things are considerably cheaper than in Canada.. I can attest to that!