As usual I was up by 0600. I took a shower which was actually pretty decent for a campground and then continued to work on the blog for another 1-2 hours. I wasn’t able to get much uploaded last night since the WiFi was so slow. It was much faster this morning since most of the campground was still asleep. The campground owners keep a bunch of semi-domesticated rabbits who roam free around the campground. In the morning, many of them hop on over to the general store/office for free hand outs. It’s kinda funny to see.

After working on the blog for a few hours and letting the dew dry off the tent, I was on the road to check out Mount Rushmore.

To actually get into the Mount Rushmore National Memorial, you have to pay $11 to park. Umm.. no thanks. I was able to snap this photo from the main road out front. I’m sure if you enter into the memorial there’s a bunch of interesting info on how it was created, who built it, etc.. but I wasn’t paying $11 for that. 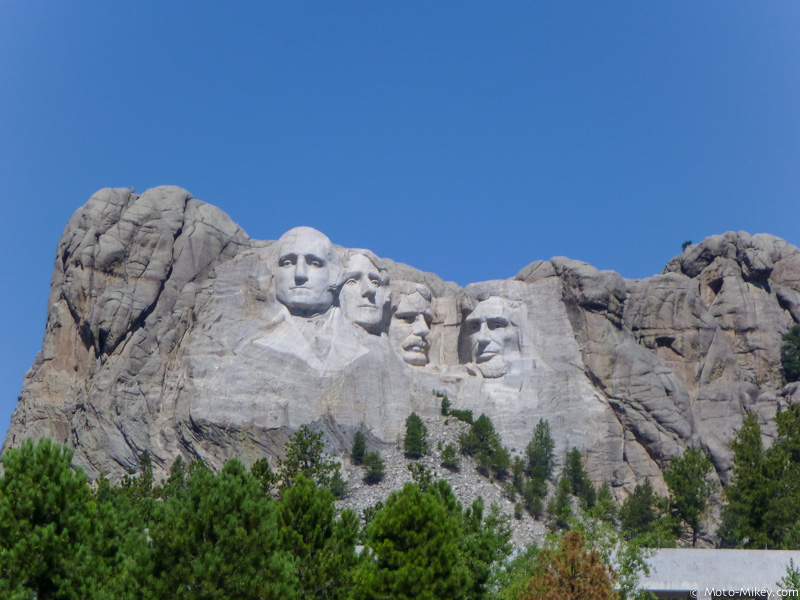 This whole area is super touristy too. Lots of T-Shirt shops and gimmicks for sale. Kinda lame.. After Mount Rushmore, I rode up towards Rapid City to jump on the interstate for about 50 miles towards Badlands National Park. 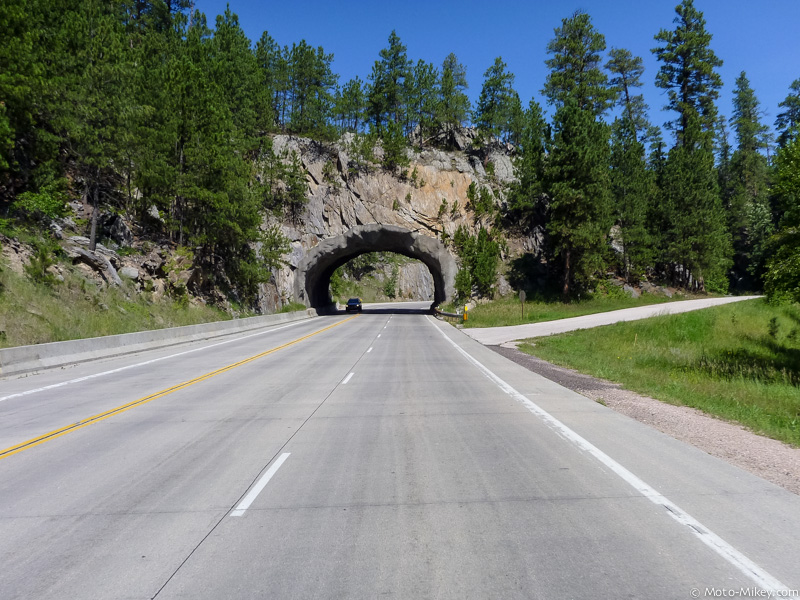 Badlands National Park sneaks up on you really quickly. It’s kinda weird. One minute you’re riding through grassy prairie and then suddenly it turns into canyon land. It’s a very contrasted landscape. 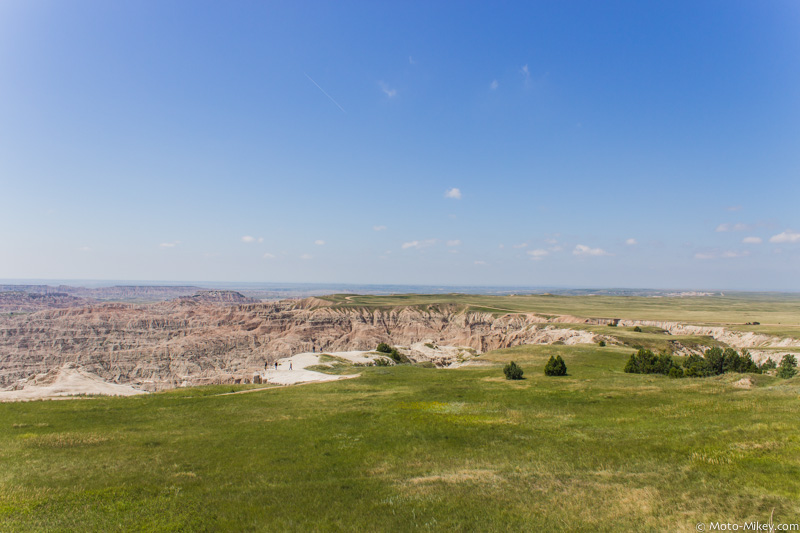 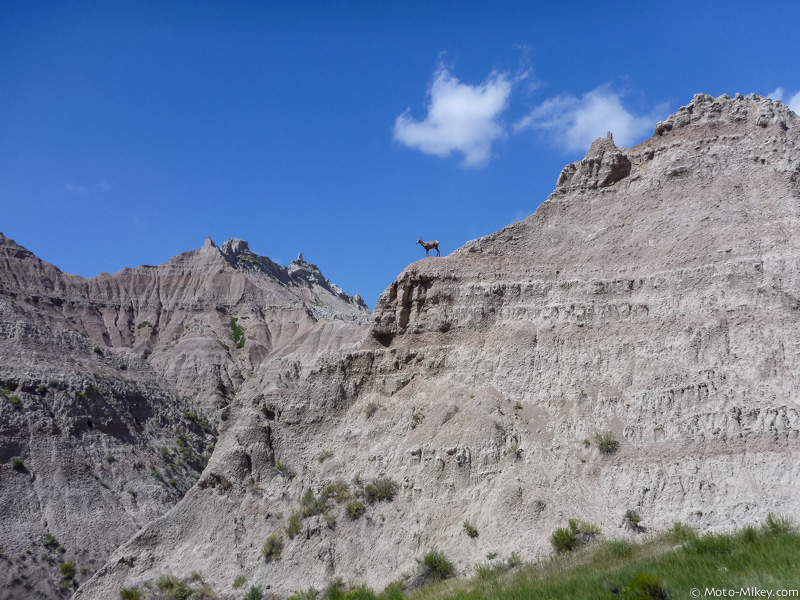 Of course since this was a National Park and there was a wild animal on the side of the road, this guy created a minor traffic jam with the tourists.. myself included. 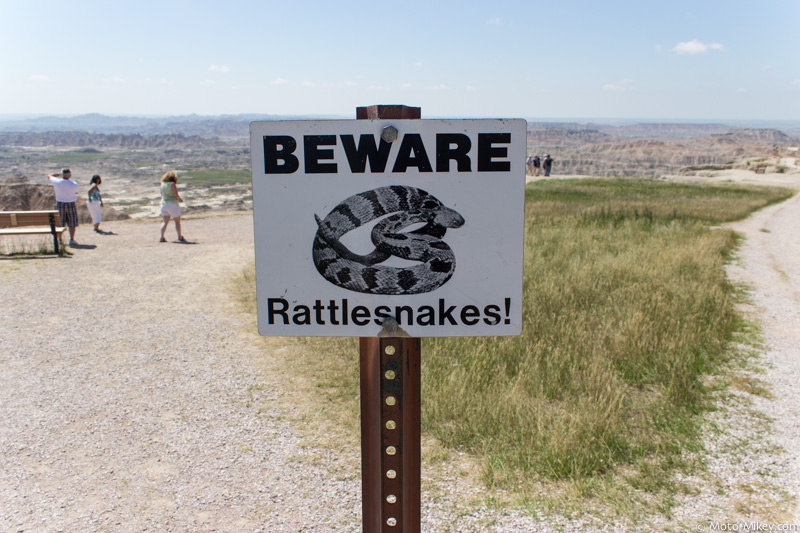 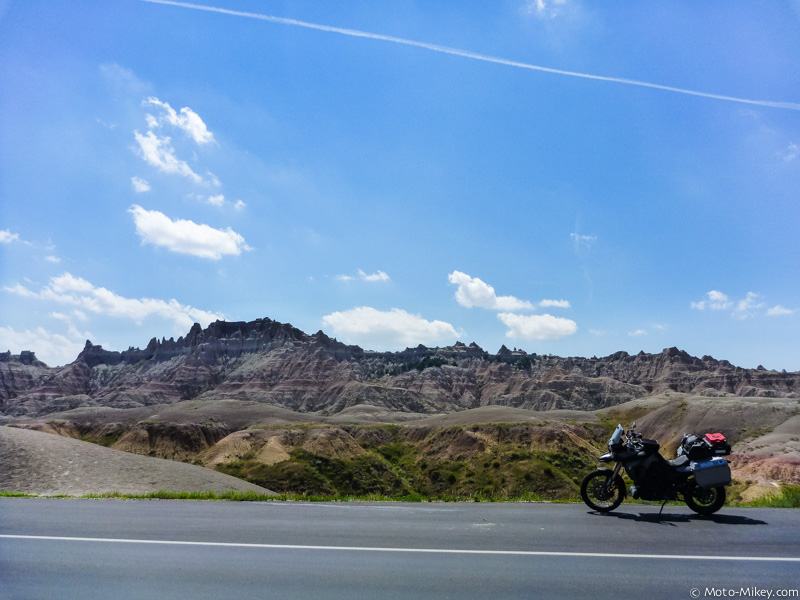 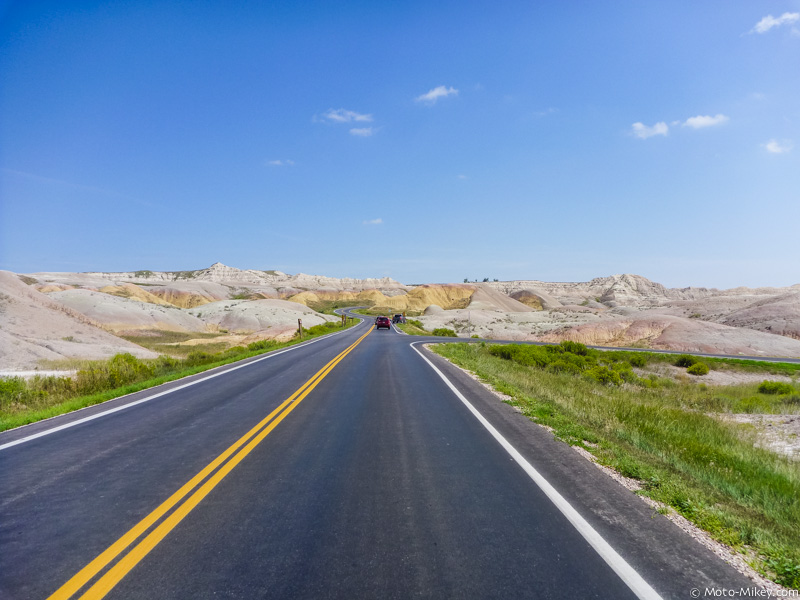 Once out of the park, I decideed to stay away from the interstate and rode the rest of the day through rural South Dakota farmlands for the next few hundred miles. Nothing out here except the occasional cattle farm and lots of grassy fields. Occasionally there would be huge crops of Sunflowers. 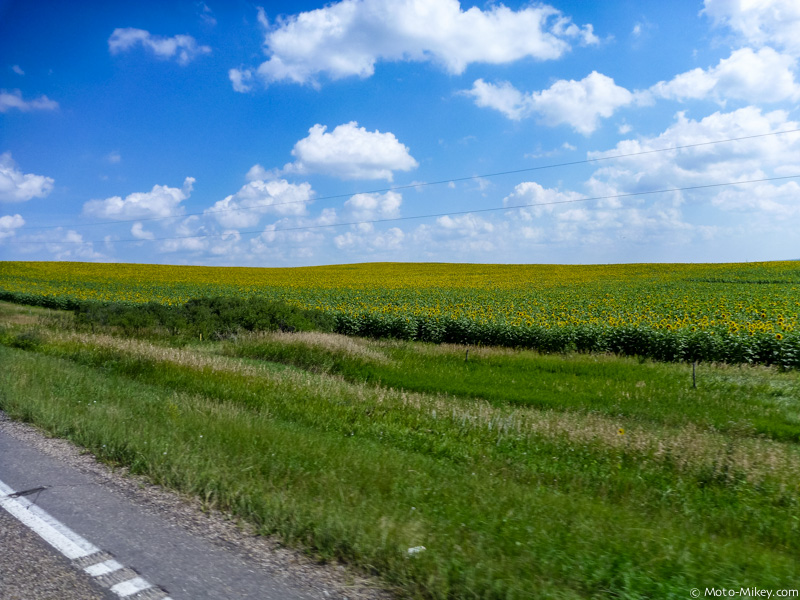 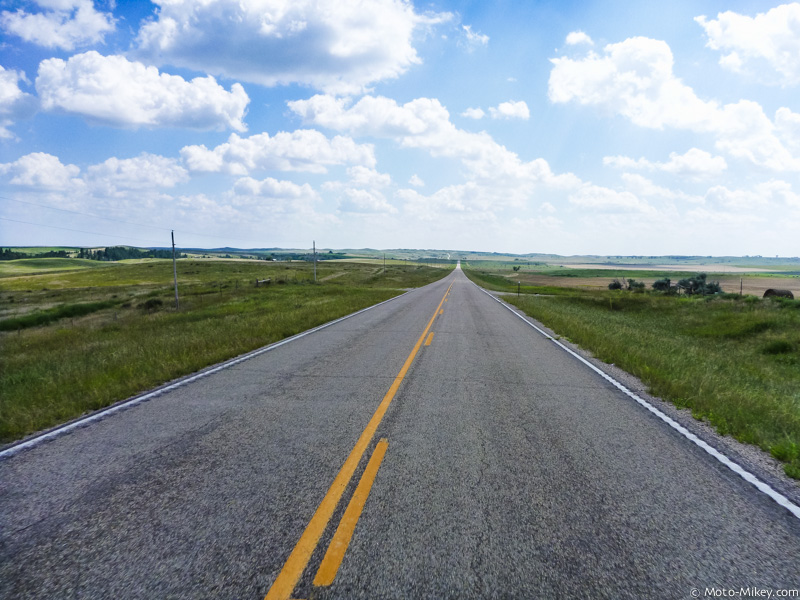 I continued riding till about 1900 when I finally called it quits and stopped at a small municipal campground in the middle of nowhere. $7 for a grassy campsite.. not too bad.. well, except for the worst smelly latrine I have ever smelled 😡