There were quite a few other motorbike travelers staying in our campground last night. While packing up camp this morning a lot of people stopped by Jason and my tent to chat and ask about where we were coming from/going to. I’ve talked about this before with other long term moto travelers I’ve met and I think we all agree, the best about traveling like this is meeting other people who share similar interests and are doing the same thing as you. Even if you’re going in opposite directions or end up riding together, it’s always a pleasure to meet other motorbike riders. 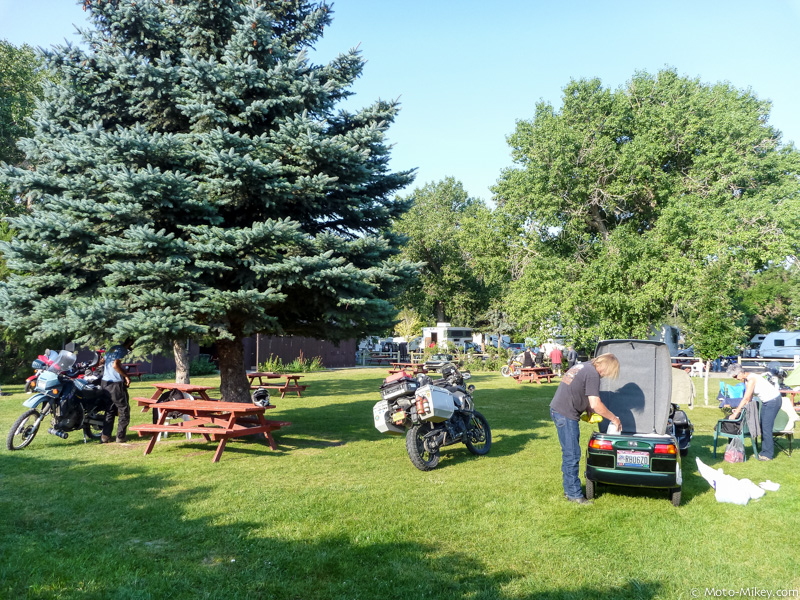 Today’s only real goal was to ride over the Medicine Wheel Passage and keep the front wheel pointed in a general East/South Direction. For an hour or so outside of Cody, I rode through farmland after farmland. After that it was into the barren wasteland.. nothing but arid rocky desert. It was fairly hot too.. around 85-88F all day.. 😡 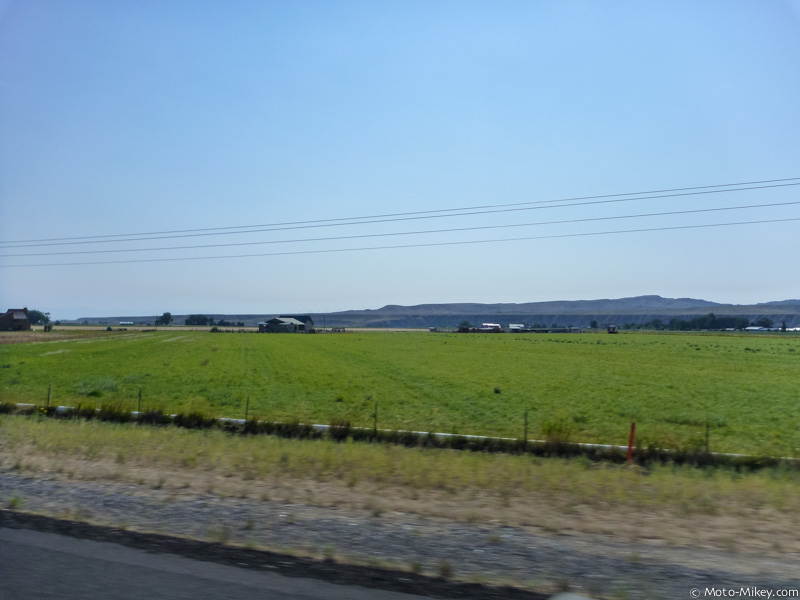 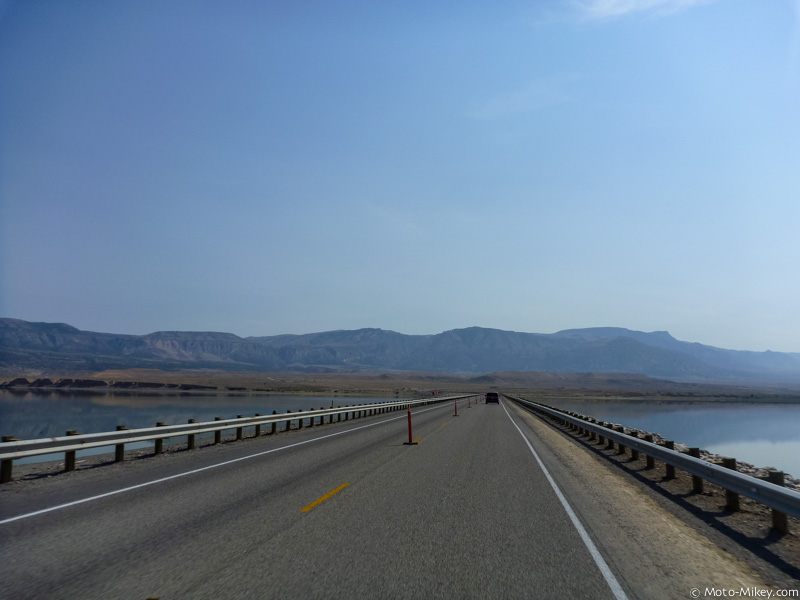 Once I reached the the mountain range that the Medicine Wheel Passage crosses over, things started to cool off and turn green again as I climbed up in elevation. It was certainly a reprieve from the hot desert below and was a nice 65F up top. 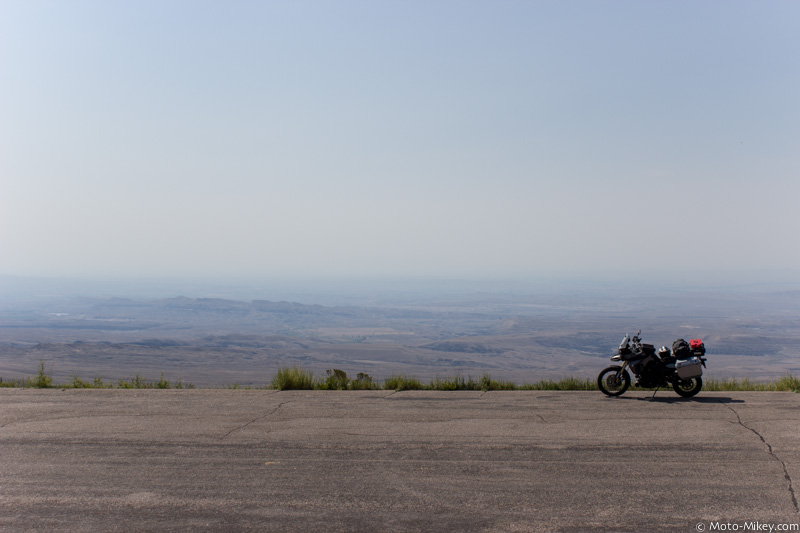 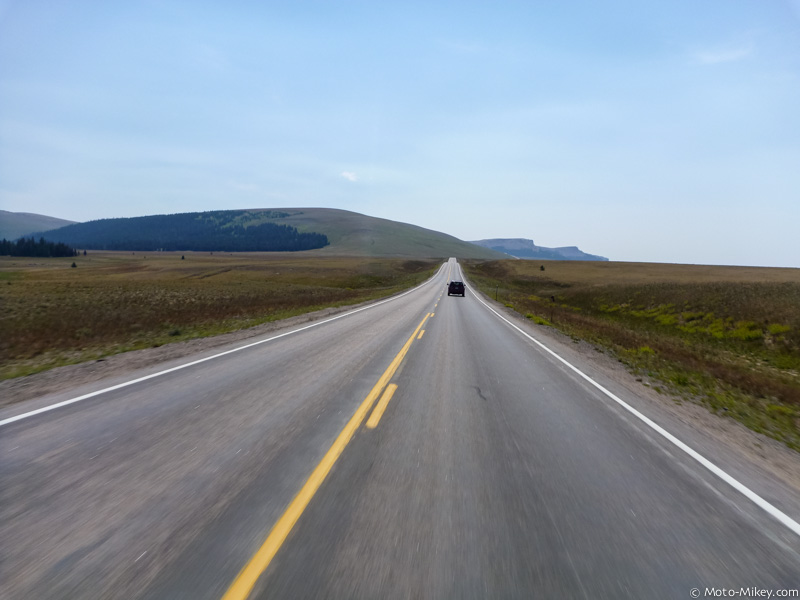 For about an hour you ride along the flat plateau of this mountain range. It’s a steady 8000-9000ft, so it stays cool the entire time. Going up the passage had some decent twisty turns but the road was all beat up with many sections of damage, so you wouldn’t want to go very fast on the way up. 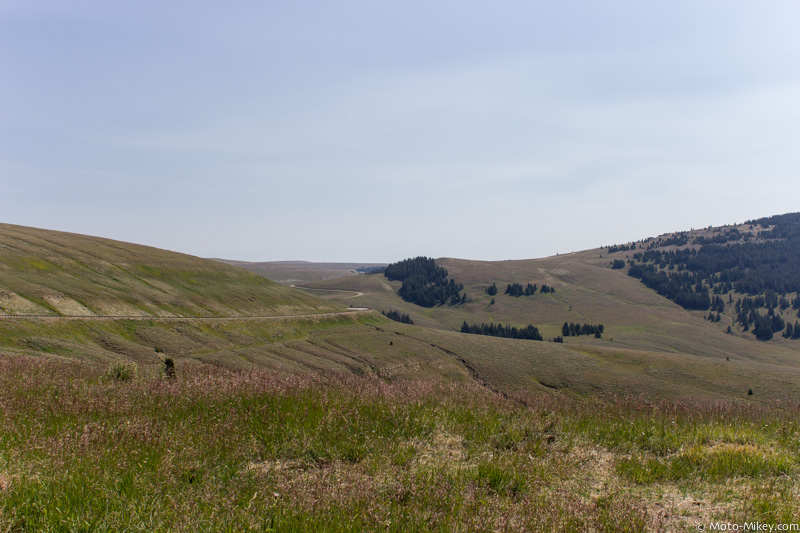 The ride down from the mountain is perfect for a motorbike. It’s about 10 miles of continuous sweeper turns, followed by numerous hairpins.. and best of all the road is very smooth with only the occasional car to overpass. I wish I had the GoPro on for this downhill section. In terms of an engaging motorbike ride (and by that I mean lots of good turns), this section of road is better than either Beartooth Pass or Chief Joseph Highway. I highly recommend you check this pass out if you’re riding anywhere near this area. The only downside is that once you’re at the bottom, it’s back to the heat and flat arid countryside. 😡

As I neared South Dakota, things started to turn green again and the temp dropped a bit. It was still a relatively boring ride but better than East Wyoming. 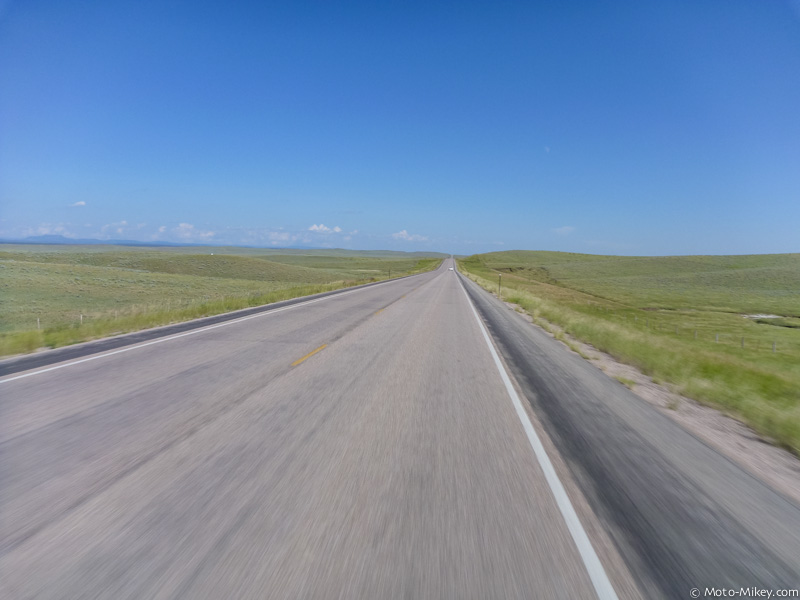 Once I got into the Custer area, I started keeping an eye out for a campground. I found a spot at Beaver Lake Campground however it was expensive at $25/night.. I only settled on it because they had WiFi, hot showers and a little general store to get breakfast at in the morning. I worked on the blog and did some photo management for a few hours before zonking out for the night. 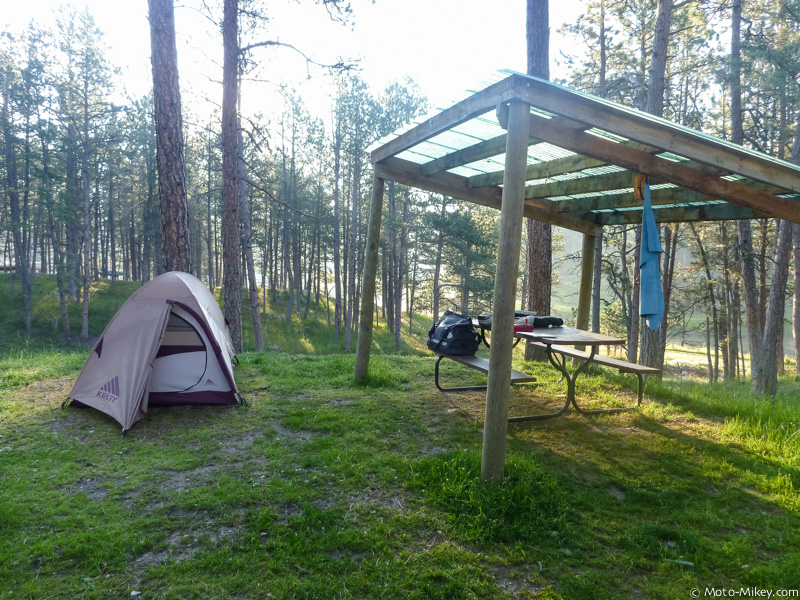