Great night sleep last night but I will admit it was a bit eerie being out in the middle of the woods without anyone else around and the possibility of Grizzly Bears roaming the area. Wasn’t really that worried but I did have my bear spray handy 😉

I used my little stove and cook set for the 2nd time on this trip. I hate the thought of carrying it around and not using it. It’s lightweight but takes up a lot of space. I might ditch it once I reach Mexico/Central America since food is much cheaper down there anyways. I made some coffee and ate the bear claw pastry that I had bought a few days ago in Polebridge. This Starbucks instant coffee is pretty good considering it’s crystalized instant coffee.. it’s also really easy and convenient to make; just add boiling water. 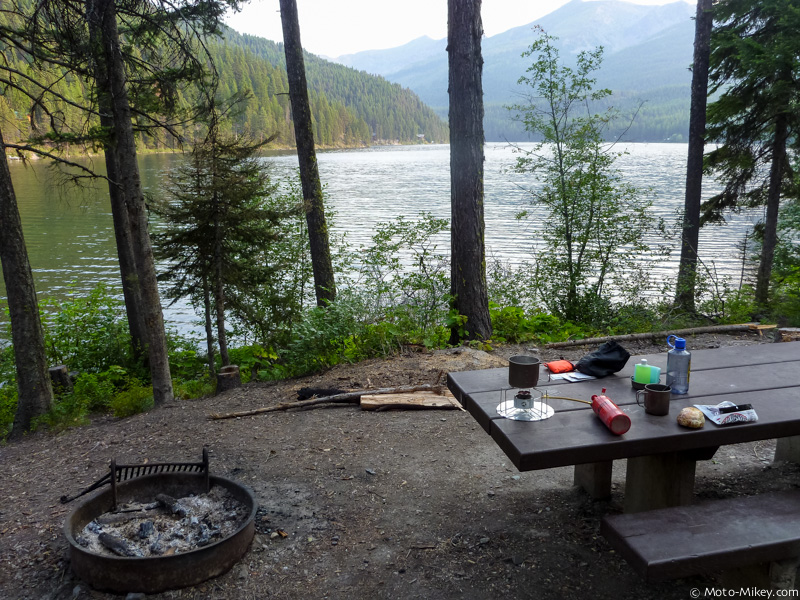 Montana seems to be pretty proud of their Huckleberries. I don’t think I’ve ever tasted them (or maybe even heard of them?) before traveling through Montana. Lots of people and shops along side the road have them for sale. I found a few near my campsite and tried them. Tastes like a tart blueberry and looks similar. I normally wouldn’t eat wild berries unless I knew exactly what they were. I only ate these since a local had shown me what they looked like a few days earlier.

My breakfast this morning must have attracted some attention. As I was packing up camp, this guy came running over. He was totally unafraid and practically came right up to me and sat down. He must get fed a lot around here..

After getting the bike packed up, it was back onto the CDT for about 30 more miles of trail riding to the town of Lincoln, MT. Lincoln is infamous for where the Unabomber (back in the 70-90s) had a cabin in the woods and where he mailed bombs from. Going there today you’d have no idea it ever took place which is good since it’s a nice little town.

Trail pics from my GoPro: 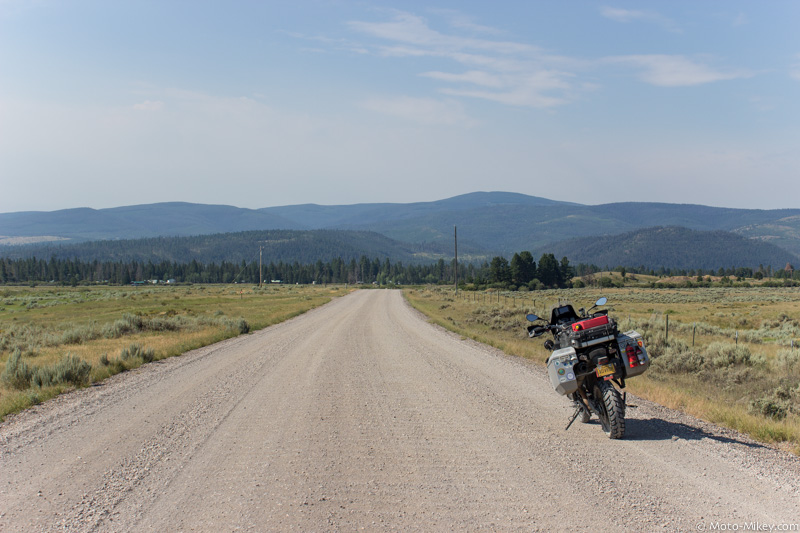 Once into Lincoln, I got gas and then stopped at a small park in the middle of town to check my email and plan the rest of the day. The next section of trail was a bit more challenging and there was rain in the area, so I decided to skip it and stick to riding payment towards Butte. From there I would decide what and where to ride to next.

I received an email from Peter, my Kiwi friend from New Zealand. We had ridden to Prudhoe Bay together a few weeks earlier and after riding back to Fairbanks from Prudhoe, we split ways. I went back to Anchorage to pack up my house and he rode down through Canada towards Vancouver to meet up with his wife. We had stayed in touch the past few weeks and were planning on linking up to ride together again somewhere in the lower 48 states. Peter was now in Montana, the same as I was, and not too far from me. We made rough plans to meet up somewhere near the Beartooth Highway in the next 1-2 days.

As I neared Butte, the rain clouds continued to build. I stopped for Lunch and shortly after it bucketed rain for about 2 hours. At least I was indoors 😛 What to do now? The next section of trail was actually the part that I had most desired to ride out of the entire state but it was getting a thorough soaking and is highly advised to not ride or even drive when wet since it can be very very muddy. Bummer.. A last minute decision led to me riding towards Billings where Peter was planning to stop tonight. I figured we could meet up in the morning and ride the Beartooth Highway and then into Yellowstone National Park. 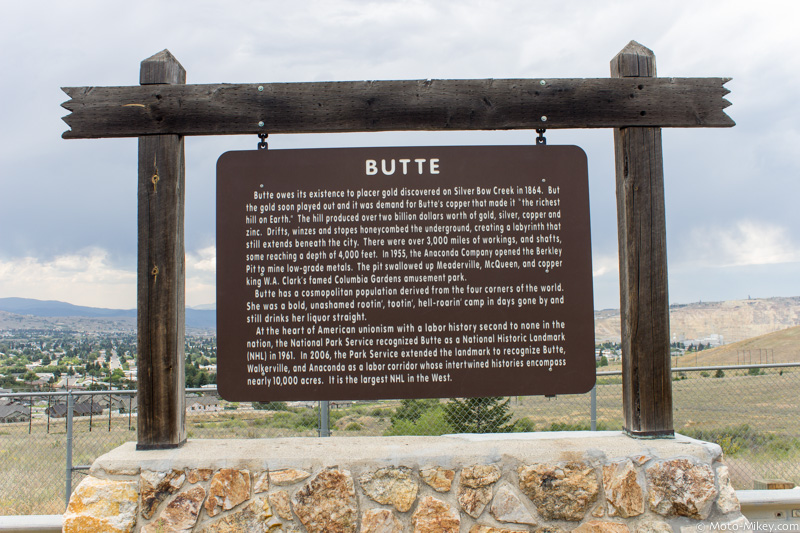 I arrived into Billings fairly late so decided to skip trying to find a campground and setup my tent in the dark. I made contact with Peter again and we decided to meet in Red Lodge tomorrow morning. Awesome!