After spending the past day relaxing and taking care of some errands, I was anxious to get back on the road. Today was to be another day of primarily riding the Continental Divide Trail. I would catch up with the trail again somewhere outside Kalispell and ride it for as far South as I could till it started to near time to setup camp for the night. 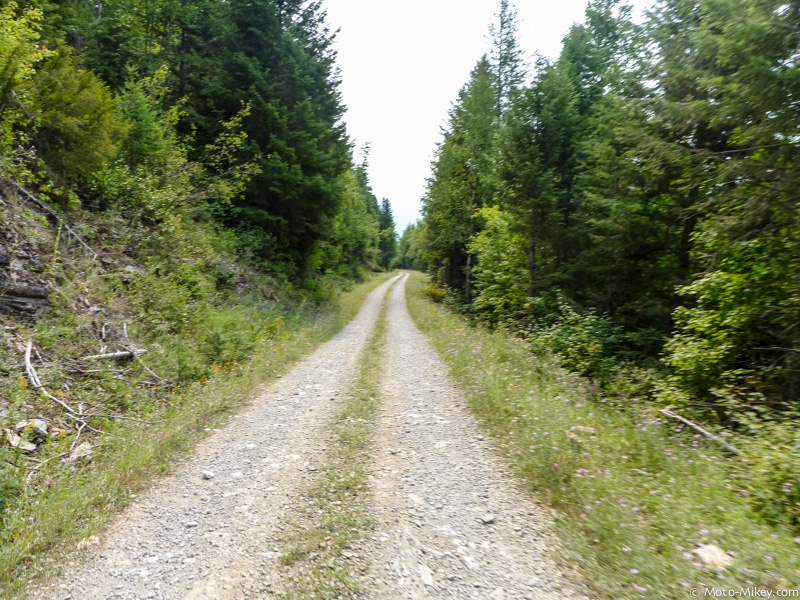 The section of trail South from Kalispell was fairly smooth gravel with the occasional hill climb. Overall, a very easy going section of the CDT. 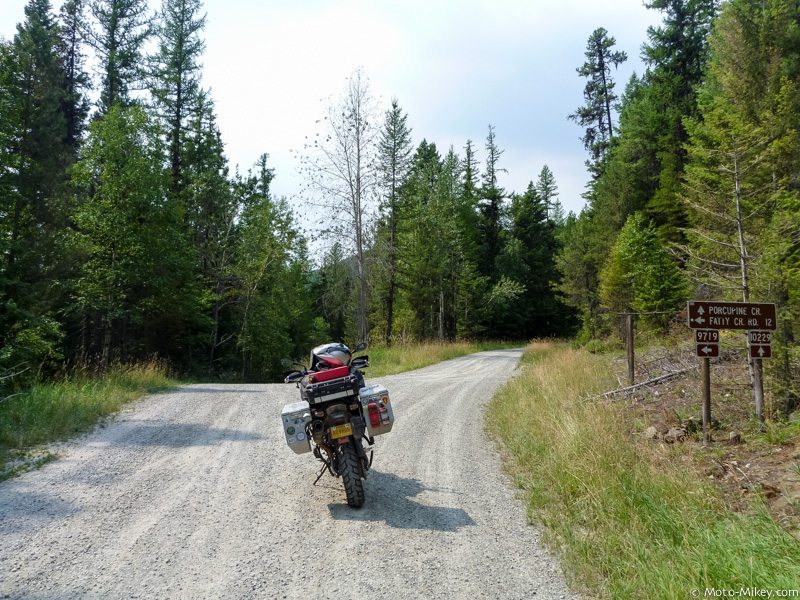 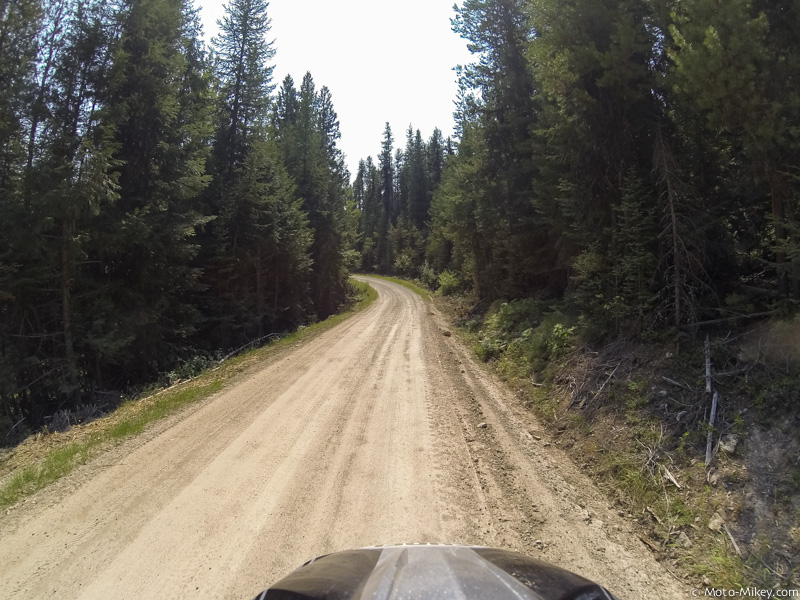 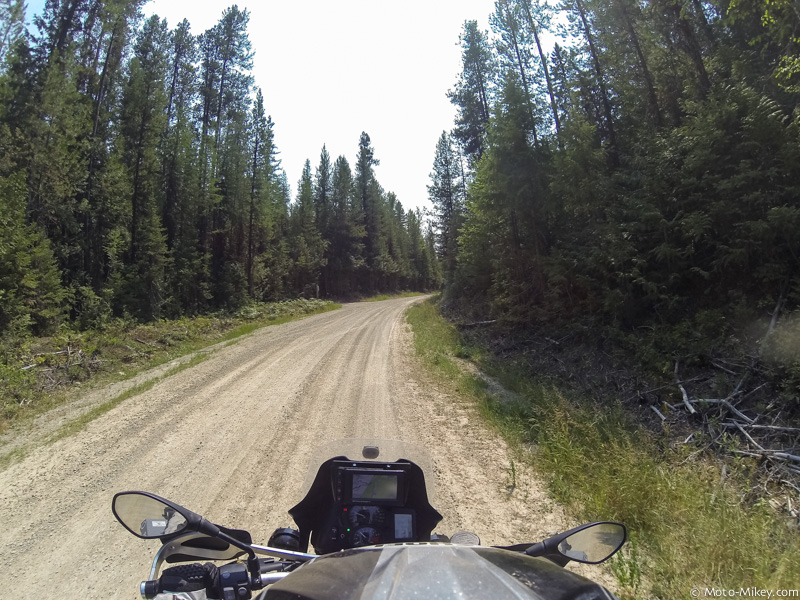 From a blog/story telling perspective, it’s probably not a very interesting day, but for a rider it was a good fun day spent mostly off road navigating the backwoods. 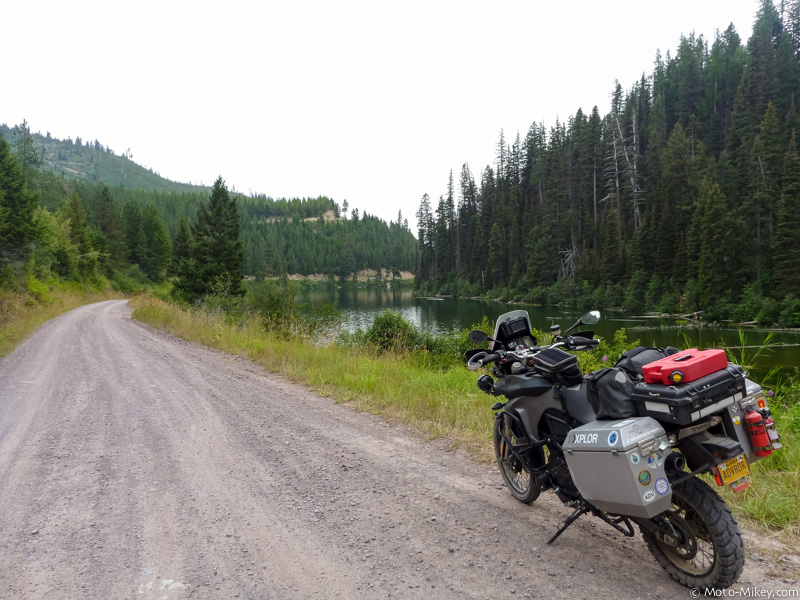 By late afternoon, the trail interested a small town in rural Montana called Ovando. It claims to have a population of about 50 and more dogs than people 😛 After cruising around for a bit, I found the only place open on a Sunday night, Trixies Saloon and Dinner. Lots of bikers stop by here on their way through. My Alaskan license plate attracted some attention with the other bikers, mostly who are from the surrounding Montana area. 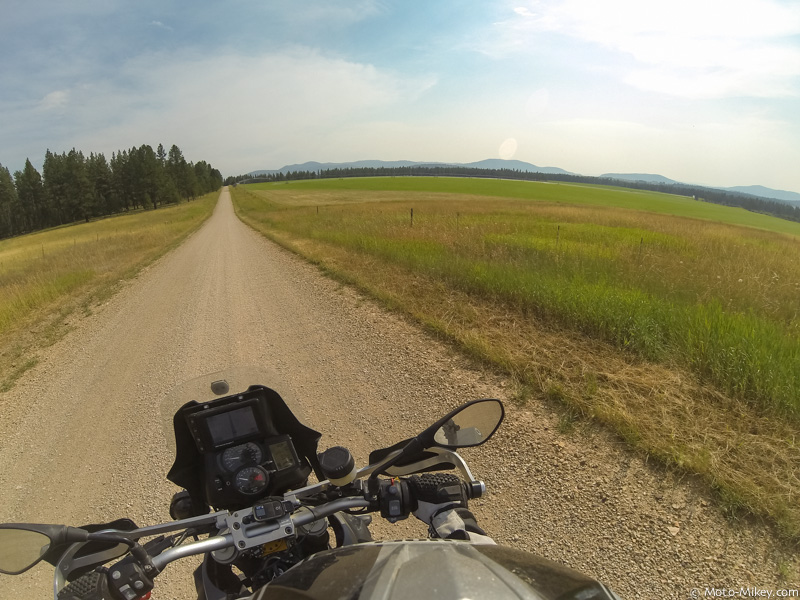 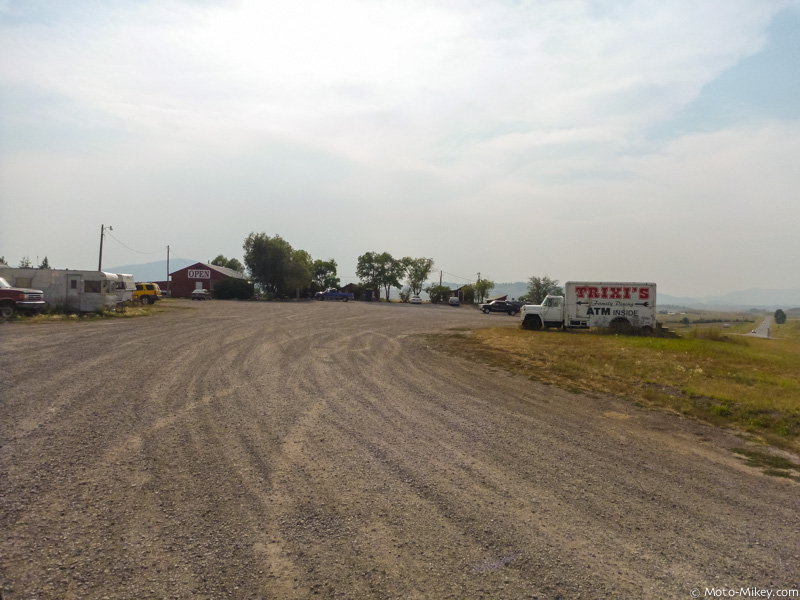 After grabbing chow at Trixies, I checked my GPS for some campsite POIs I had saved and then made my towards one. From the GPS, it looked to be on a lake and along another section of the CDT. To get to it I had to go through a bunch of farmland backroads. 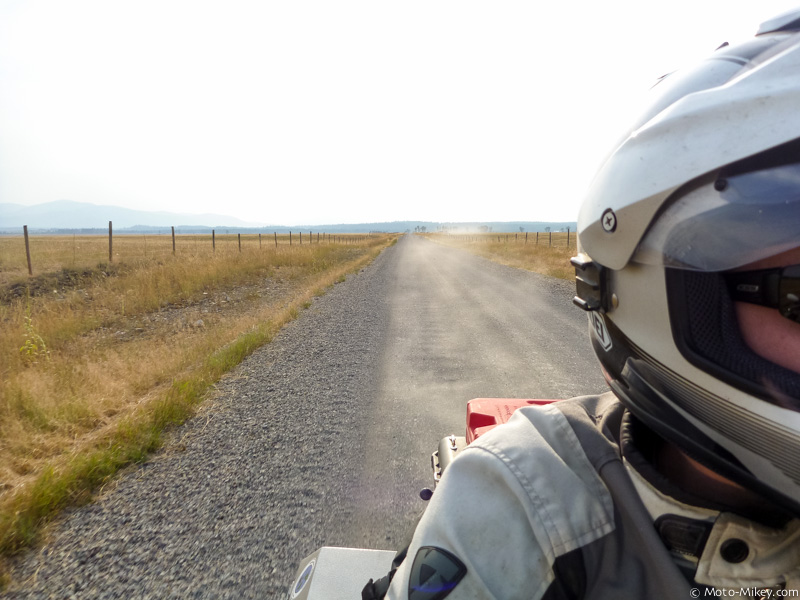 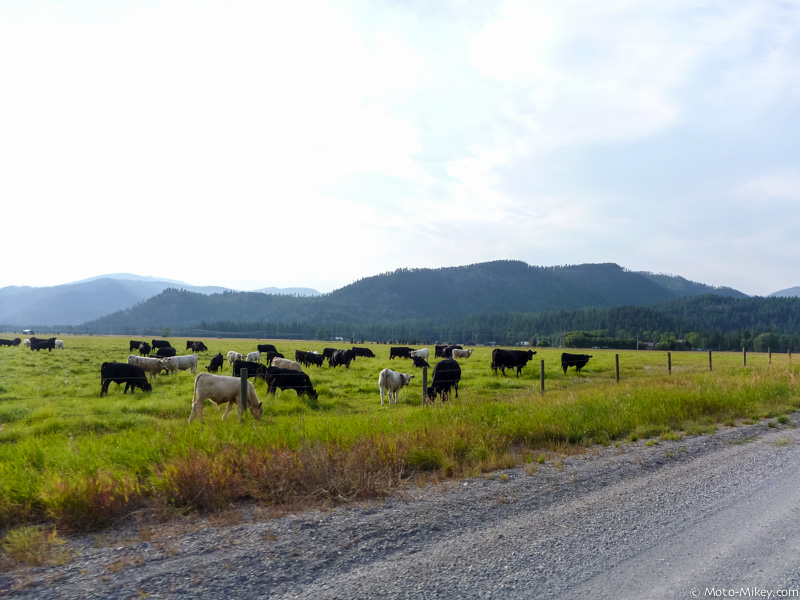 Once I got to the campground, I discovered it was completely uninhabited. Not another person in sight. Nice! Another camp night of peace, quiet and a beautiful lake. 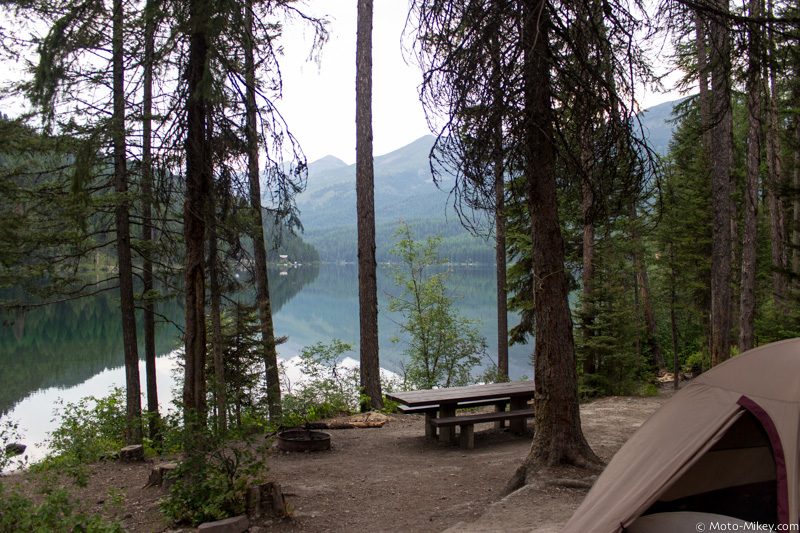 There were a few cabins situated around the lake but most of them seemed to be weekend getaway houses. I didn’t see anyone else around with exception of a small campfire at the far side of the lake. 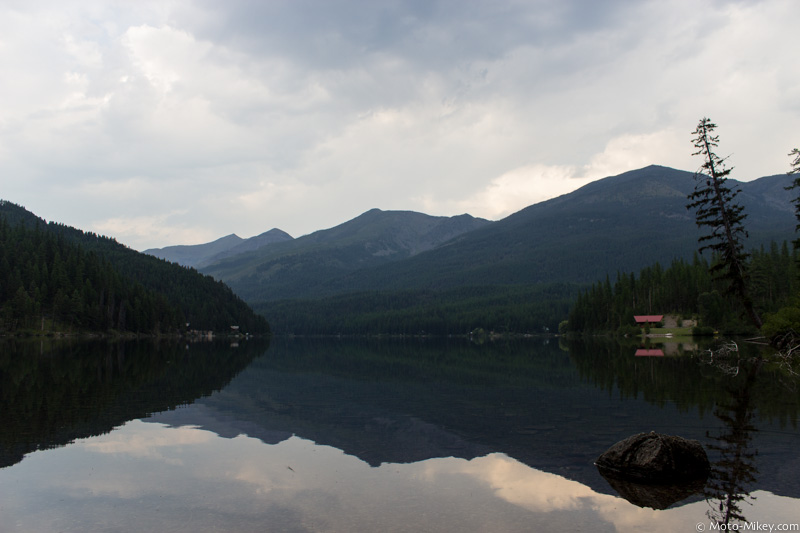 Later on in the evening a strong but small thunderstorm rolled into the area. I only got drizzled on for a few minutes but the winds picked up and were fairly strong coming off the lake. Lightning struck the mountains in the distance multiple times.. more mother-nature dramatics. 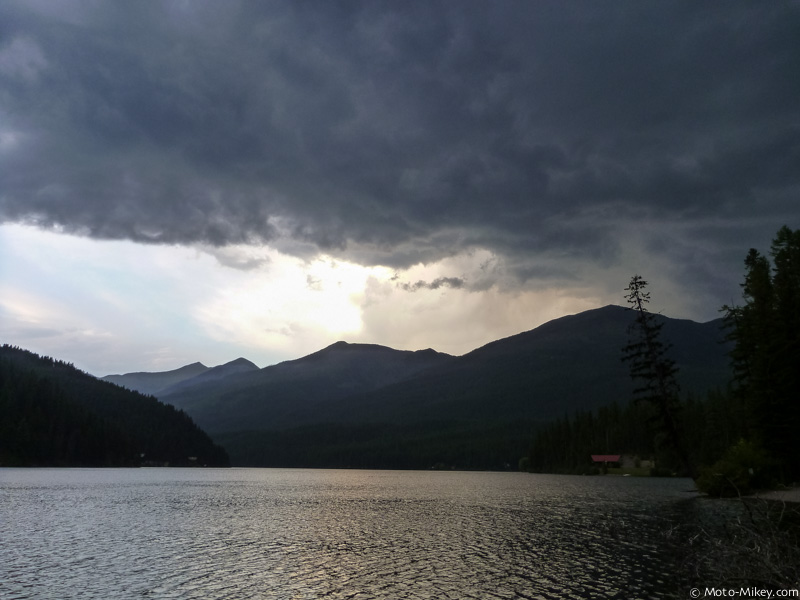