It had rained over night and was forecasted to continue raining for the next few days over most of Northern Alaska. I think the ride back just became more interesting. I had read that the road would be more difficult when wet since it turns into a soupy mess in some spots. We grabbed breakfast chow in the DFAC (that’s military speak for a Dining Facility.. we sure do love our acronyms). Everything about Prudhoe bay reminds me of being deployed to Afghanistan.. The entire area just looks very industrial with shipping containers everywhere. Then there’s the never ending sound of huge diesel generators running and the perception that everyone here means business; no meandering about.. everyone is on a ‘mission’. In normal Military fashion, breakfast was served from 0400 to 0800. So we were up early to grab chow before they closed and then over to get gas and stop at the famous Prudhoe Bay general store for a picture with the sign to signify that we had in fact been to Prudhoe Bay. 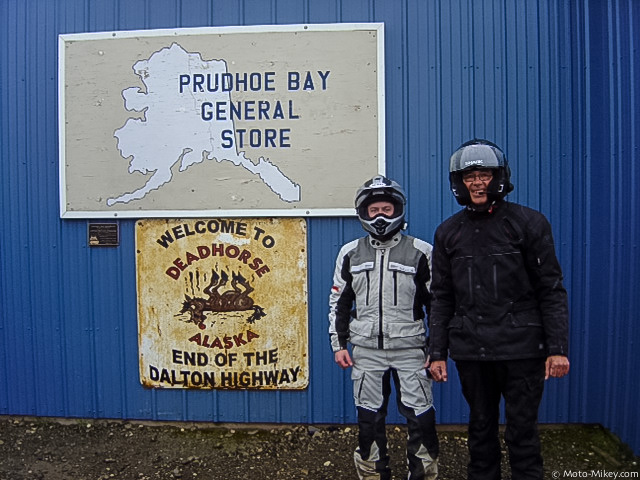 It continued to rain on us for the next few hours as we headed back South towards Coldfoot. This was to be the most exciting 4 hours of motorcycling I have ever done. There was driving rain, gusting wind, limited visibility, soupy mud roads and large trucks passing by. Then add in the occasional road works area where the road was a complete mess and it was just exhilarating. Of course, because it was so engaging I didn’t stop for many photos or try take any while riding. I wish I had some of the riding captured on my GoPro.. I’m gonna have to work on using it more.

As we approached Atigun Pass, the weather began to clear up and the views were once again spectacular (sorry no photos!).At the summit we met a few other riders who were also on there way back South, one of which was on a Harley with street tires! That’s pretty impressive!

On the South side of the Brooks range, the sun came back out and we were able to dry out after having been throughly soaked from the past few hours of rain. I carry a full rain suit with me but of course I don’t wear it.. 😆 We made our way back to Marion Creek campground, set up our tents and took a little afternoon siesta.. now that’s my kinda style! Later on we went back to Coldfoot Camp for gas, dinner chow and a few beers. Overall, a great day and it will probably be among the top 10 most memorable rides for my entire Americas trip. 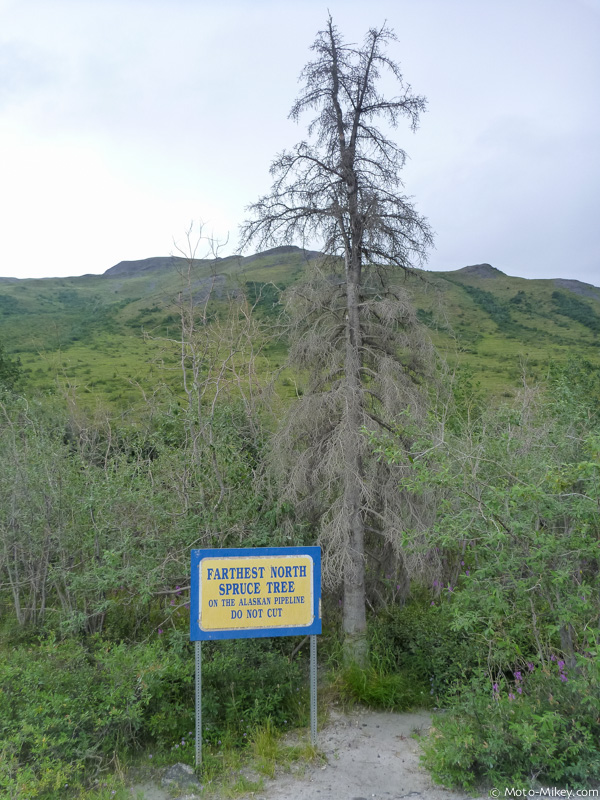 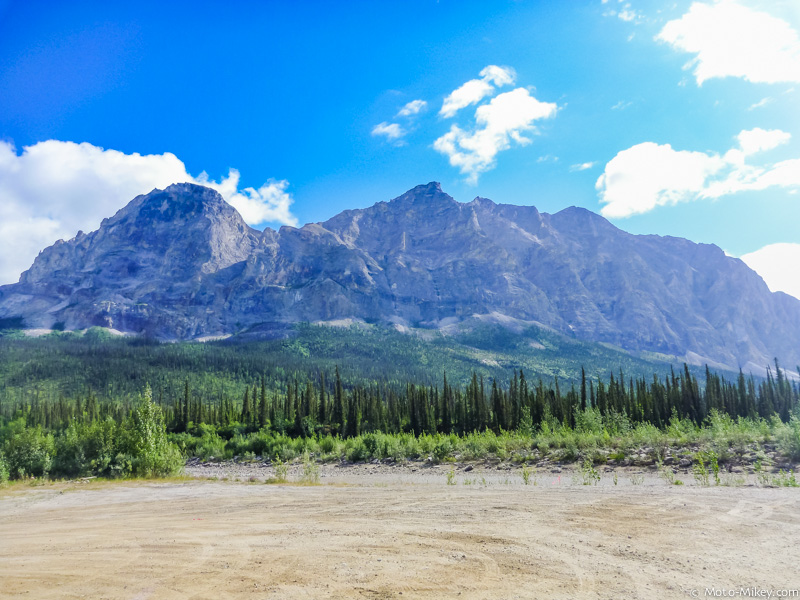 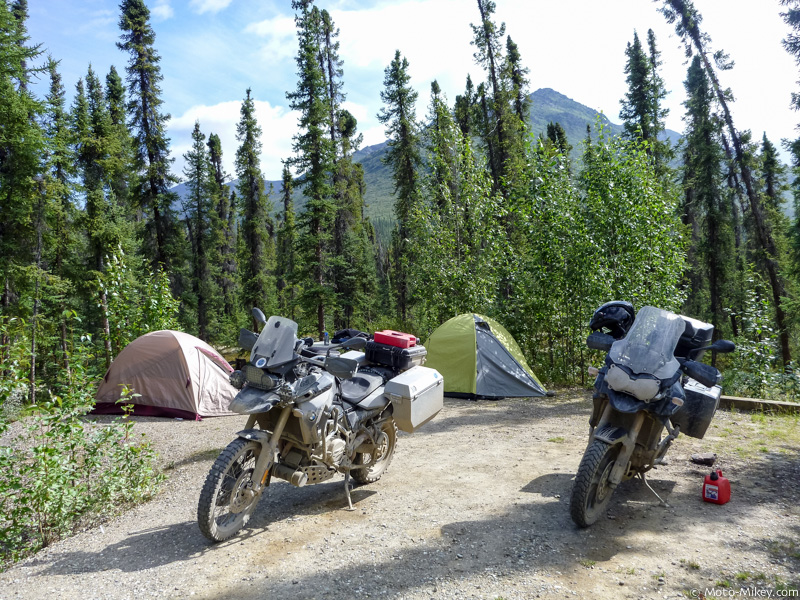