Around 0800, I packed my bike up (in light rain) and stopped at Sam’s Sourdough Cafe again for breakfast. The days plan was to either camp at Marion campground which is just a few miles North of Coldfoot, get a cabin in Wiseman (also just North of Coldfoot) or if I was really feeling up for it to, continue on another 100+ miles past Coldfoot to Galbraith Lake campground. 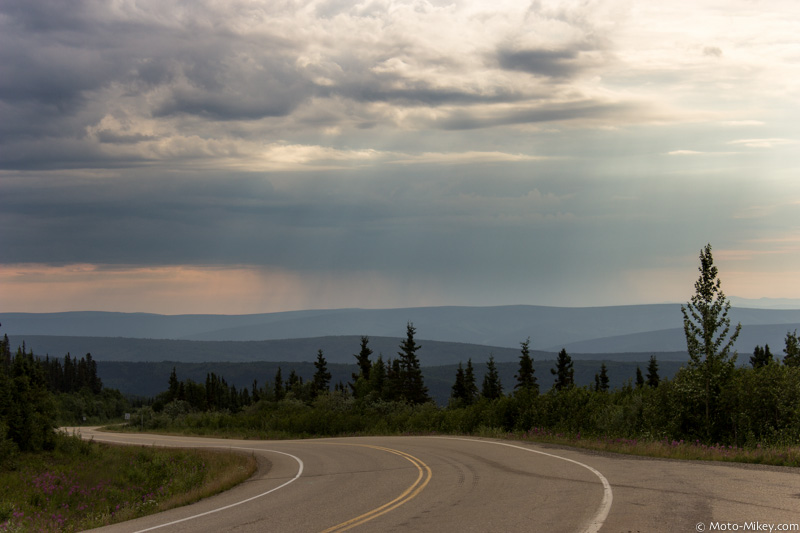 To get to the Dalton Highway, you need to take a series of other highways out of Fairbanks. First, you start off on the Steese highway, which then turns into the Elliot highway and then finally a turnoff for the famous Dalton highway. The first 800-100 miles out of Fairbanks are all paved, so it went by quick. 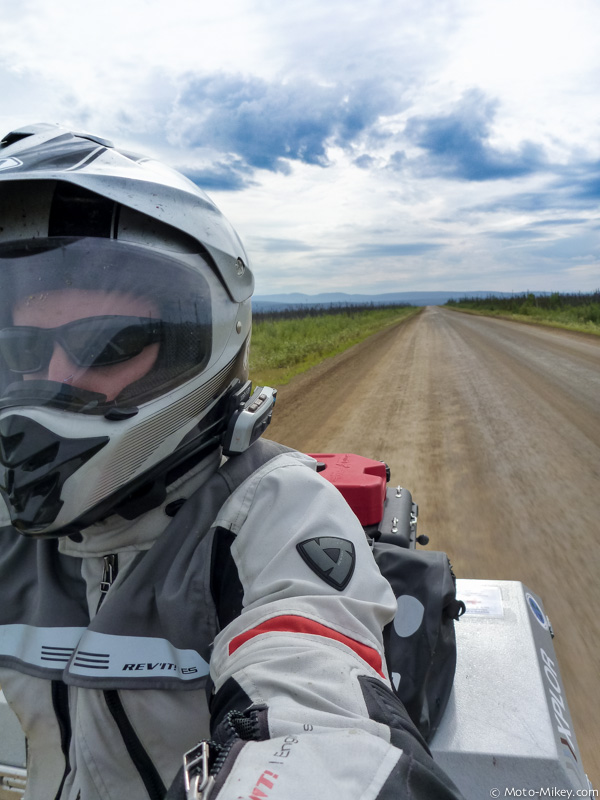 I crossed over the Yukon river and got gas a Yukon Camp. I met Peter, a rider from New Zealand who had flown into Anchorage and bought a new Triumph Tiger Explorer. He was riding to Prudhoe bay and then off to see parts of Canada and the US later in the month. We kept leap frogging each other throughout the day when we would stop for photos/rest and after a while decided to ride and possible camp together. 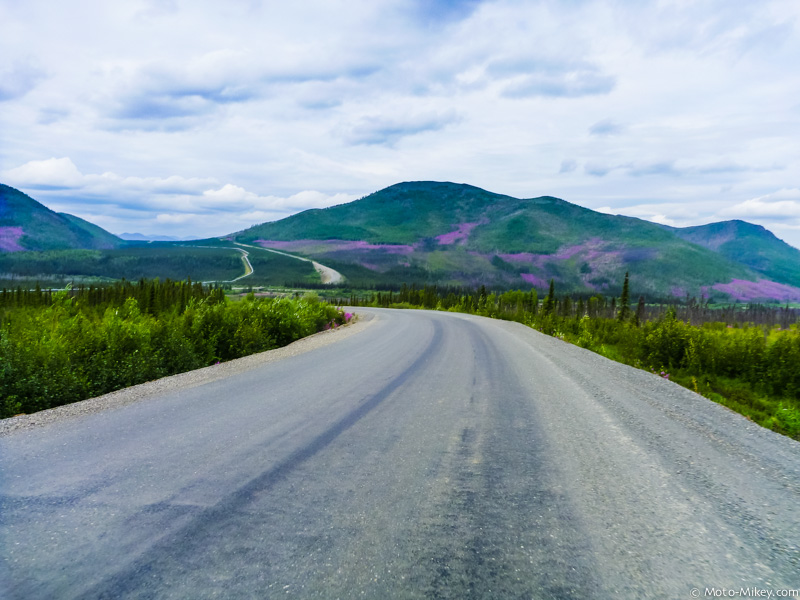 From the Arctic Circle, it’s only another ~60 miles to Coldfoot. We arrived into “town” and were a bit surprised.. I hadn’t done any reading on Coldfoot prior to this trip, but I suppose I expected it to be a little bit bigger.. just because it’s on a map doesn’t mean anything 😕 It was literally about 3-4 buildings. You had Coldfoot camp which was a restaurant and gas station, a hotel across from it (which was something like $180/night), a Park ranger cabin, and a newly built National Park exhibit. I’m sure there were some private houses/cabins somewhere, but I didn’t see any. Anyways, since we got into “town” fairly early, we decided to go setup camp at Marion Creek campground and return back to Coldfoot for gas and dinner chow which wasn’t served till 1700. 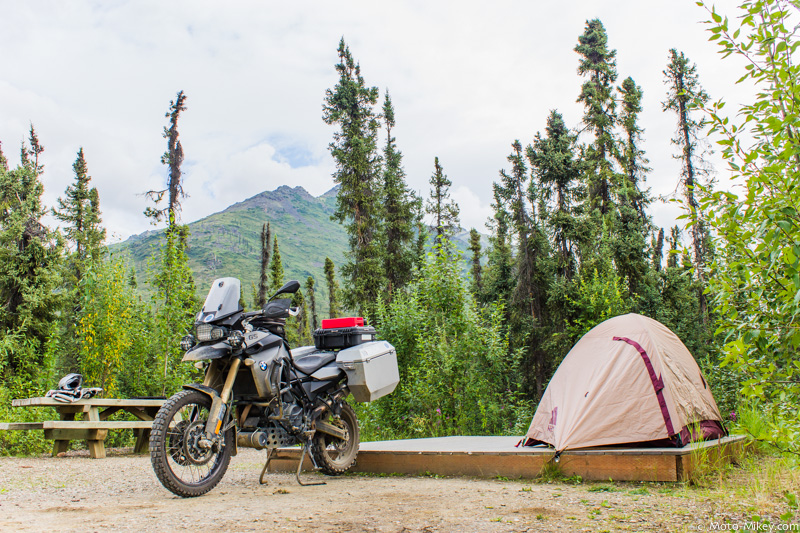 Dinner chow at Coldfoot camp was $22/person for a set buffet style dinner. It was Mexican night, so we had burritos, refried beans and the like. They also had beer which was nice 🙂 I had a Silver Gulch Amber which is brewed in Fairbanks and claims to be America’s most Northern Brewery. It was actually pretty good even though it cost $6/beer.. won’t be kicking back too many of those. After dinner, we went over to the National Park Exhibit building to inquire about getting signed for the private tours to see the Arctic Ocean once we got up to Prudhoe Bay.

Since BP owns/leases all the land in Prudhoe Bay, you can’t actually make it all the way to the Arctic Ocean without signing up for a private tour and going through a security background check. It was $50/person and there were only set tour times of 0900 and 1300, so we decided to skip signing up for it since it wouldn’t really work into a plan.

Afterwards, we headed back to camp and I strolled down to check out the creek. No fish in it, but it was fairly scenic. 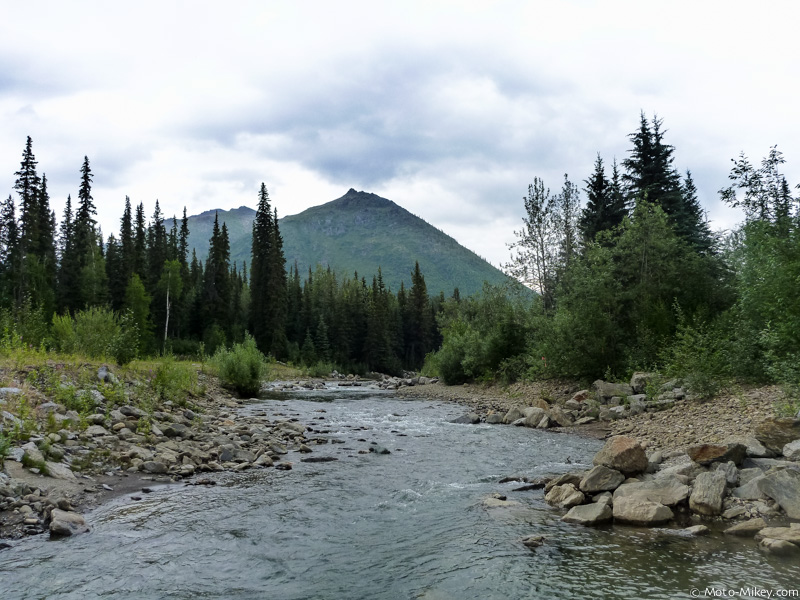