For the past few weeks, I’ve been regularly working on the F800GS in preparation for the summer riding season and big rides I have planned. So far this year I have completed the following maintenance and installation of aftermarket parts:

Overall, a fair amount of work and farkle goodness was completed.

The first parts to get installed were the SKF Fork Seals and the HyperPro Front Spring Kit. The Fork seals kit from SKF consists of an outer dust seal and an inner oil seal. If you buy the OEM seals from BMW, they are sold separately and are about twice as much! The HyperPro kit consists of a pair of progressively wound springs and 10w fork oil (compared to the stock 5w oil). Together, these completely transform the way the front suspension rides. It eliminates brake dive and since they’re progressively wound, they are less likely to bottom out. Overall, it’s supposed to make the bike feel much more ‘planted’.

Overall, the spring kit and fork seals were very easy to install. I have never done anything like this before but it was surprisingly easy, even though I was a bit intimated at first. In addition to the (limited) instructions that came with the HyperPro kit, I followed these 2 forum threads which helped out tremendously:

Since it’s still winter here in Alaska and the roads are covered in snow, I can’t say how the spring kit performs yet.. however, if they’re half as good as everyone says they are, then it will certainly have all been worth it.

Next up was the front and rear wheel bearings. I picked up a few KML 6204 2RS Double Sealed Bearings from ebay for pretty cheap. The front wheel has 2x bearings and the rear has 3x bearings. I ended up ordering 8, so I’d have a few spares if I needed them.

Overall, the wheel bearing replacement was fairly easy. You may need a wheel bearing removal tool to get them out of the hub. I needed one and didn’t have it.. A local ADVRider hooked me up (thanks Beezer!!) and helped me remove them with his tool. The fronts popped right out but the rears needed a little convincing via some heat from a blow torch. The original front wheel bearings were in good condition and probably didn’t need replacing but I’m glad I did it anyways. The original rear wheel bearings were not so good.. The brake side bearing was in fair condition, the middle bearing was in poor condition and the cush drive bearing was about to explode any day now.. It had a very notchy feeling, as if lubricated with sand and also had some lateral play in it. I really do think it would have failed within the next few hundred miles; taking my entire rear hub assembly with it. I’m really glad I decided to take the time to replace them.

After the front suspension and wheel bearings, it was on to the rear shock bolt and GPR steering stabilizer. The rear shock bolt was very easy to replace and it definitely feels more dense than the stock bolt.

The GPR Stabilizer was also pretty straight forward to install. I unfortunately had to uninstall my Rox Risers since they wouldn’t work with GPR lower bar mount 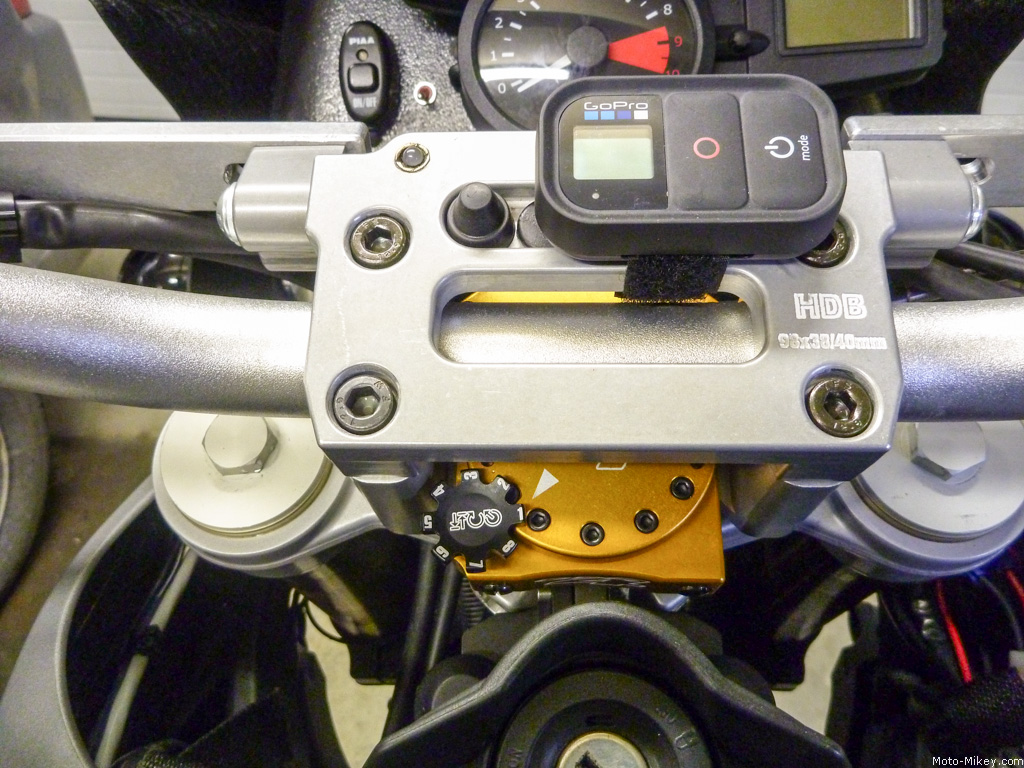 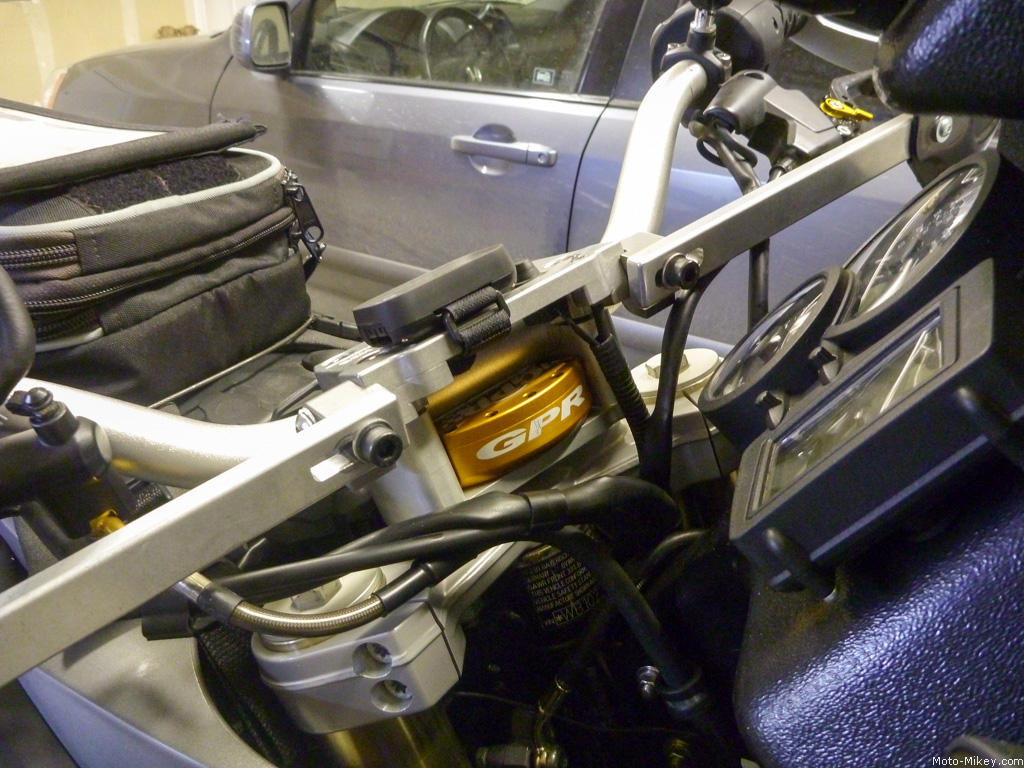 I like the fact that on setting #1 there is practically zero dampening. I have read that a few aftermarket dampers always have some dampening even on the lowest setting. On setting #8, it provides a moderate amount of dampening.. though I do wish it was a bit more. I will probably ride with it on #5-6 most of the time. In addition to it being easy to use and working as intended, it looks great!

Last was the exhaust install. I never really intended on installing an exhaust on my bike since I thought the stocker sounded and looked just fine. I was only convinced after I found a LeoVince on sale and had an extra 10% off coupon on top of that. 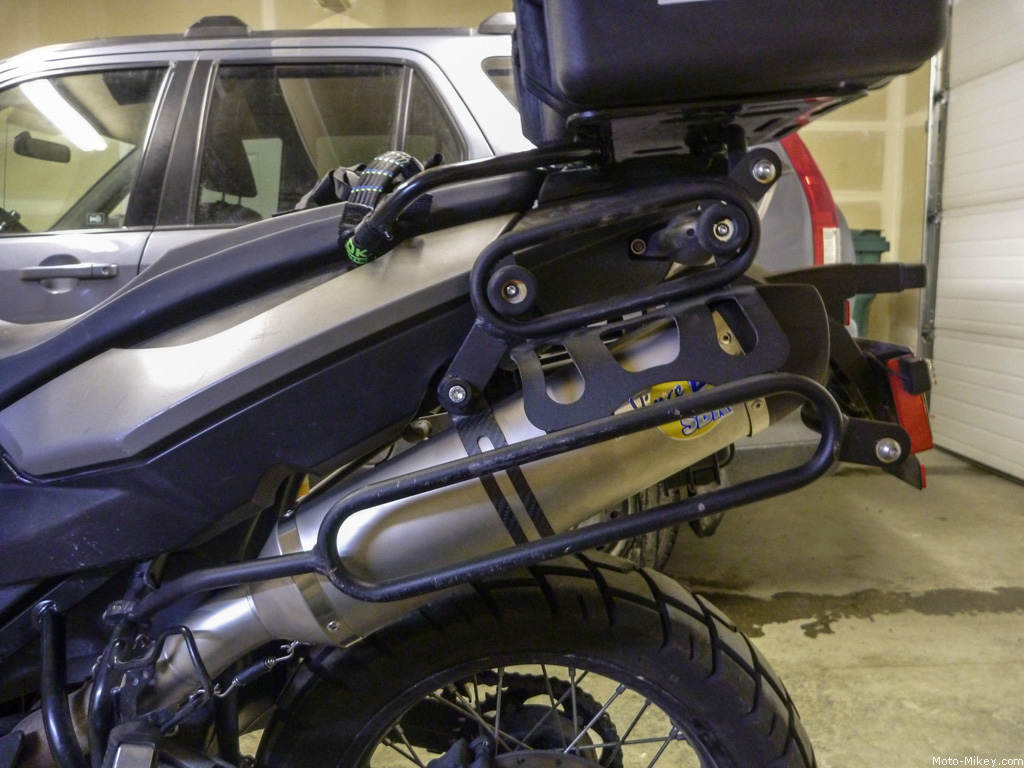 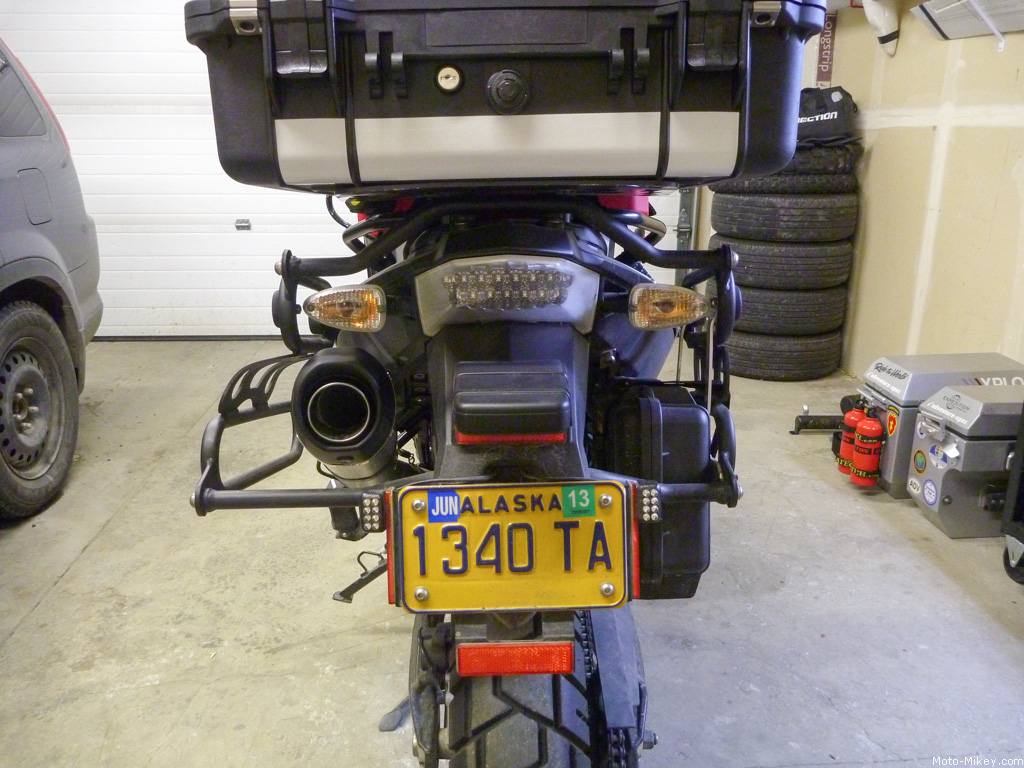 If you’re looking to cut weight from your F800GS, then this is the first thing you should do. The LeoVince exhaust literally weighs half as much as the stock can (which surprisingly weighs a lot!). I always thought the F800GS sounded pretty good with the stock exhaust.. but when I first started it up with the LeoVince installed… MY GOD, THE SOUND! It sounds glorious now, with a tone and volume to match the F800’s already aggressive look. I literally didn’t stop smiling the entire time it was running. Looks good, sounds great and half the weight. Definitely recommend it and I should have bought one years ago.

I still have a few parts I haven’t installed and probably won’t till later this year. My brake pads still have some life left in them and the spark plugs won’t get installed until I check my valve clearances. 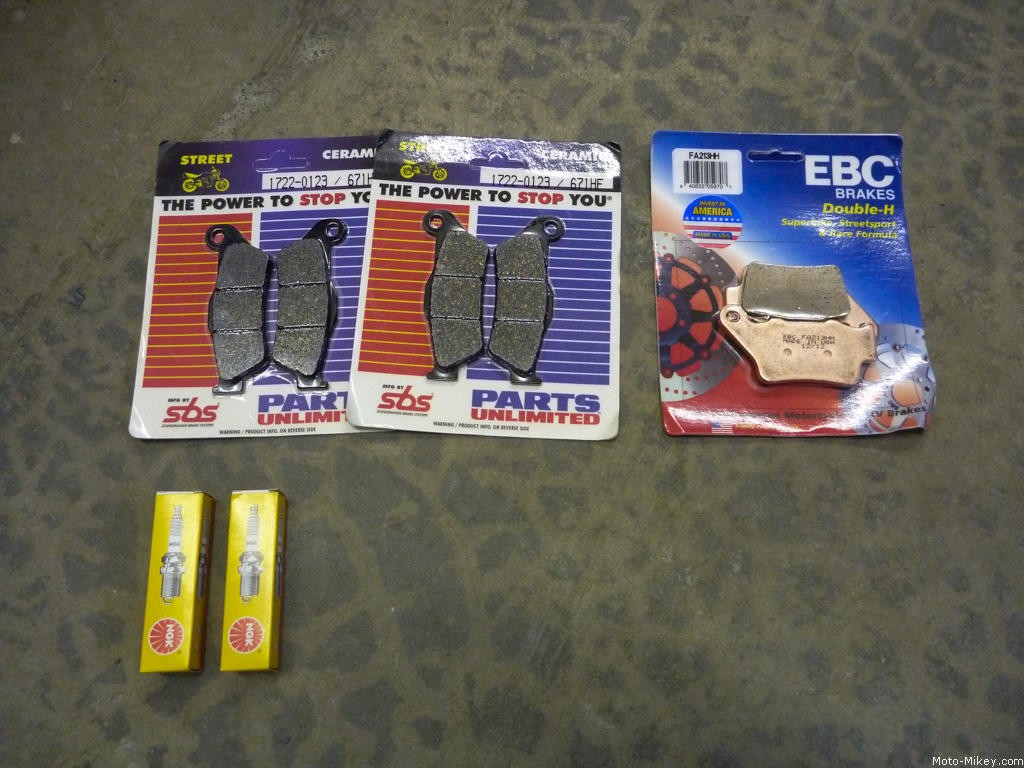 Check The Moto Page for some updated pictures of the bike