Bucaramanga is a medium size city in Eastern Colombia that’s in a valley surrounded by the Andes mountains on all sides. It’s often referred to as “La Ciudad Bonita de Colombia”  (Colombia’s Beautiful City) due to all the parks found throughout the city. To me, it feels like a smaller Medellin. It’s got similar (perfect) weather, isn’t as crowded, and feels much less touristy. I think it’s my favorite city in Colombia.. maybe even more so than Medellin. I’d have to stay here for a few weeks-months to get a real feel of the place, but the few days I did spent, I really enjoyed. 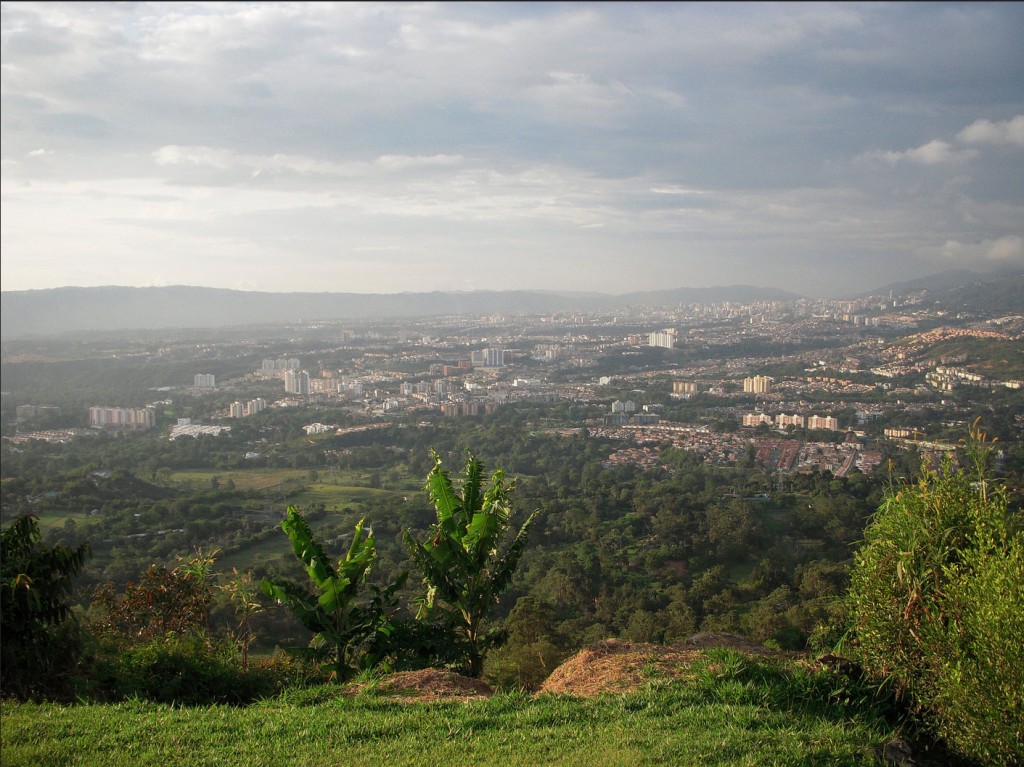 I stayed at a really cool hostel owned by a couple of British dudes who moved here a few years ago. They traveled around Colombia and eventually landed in B-manga. They loved the place so much that they ended up coming back permanently and opened a hostel. Sounds like a great idea to me. I wish I had thought of it first! 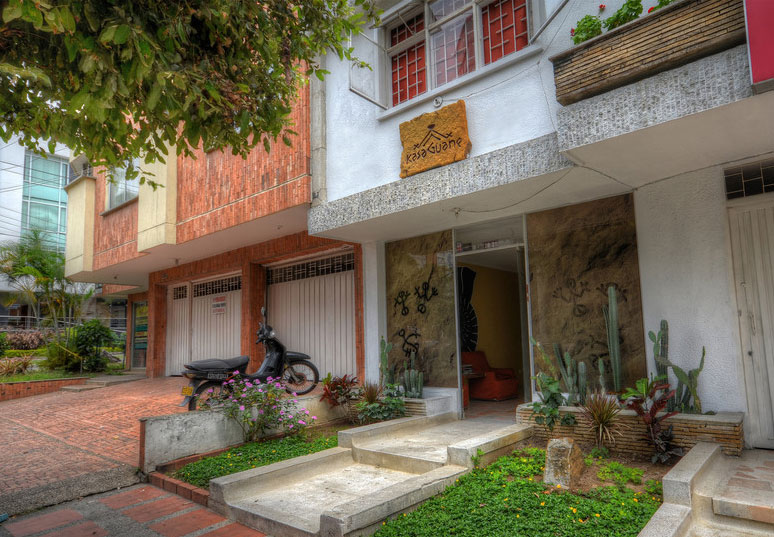 Lots of local Colombians hang out at the hostel rooftop bar on Friday/Saturday nights to practice their English and listen to the live music. Good times. 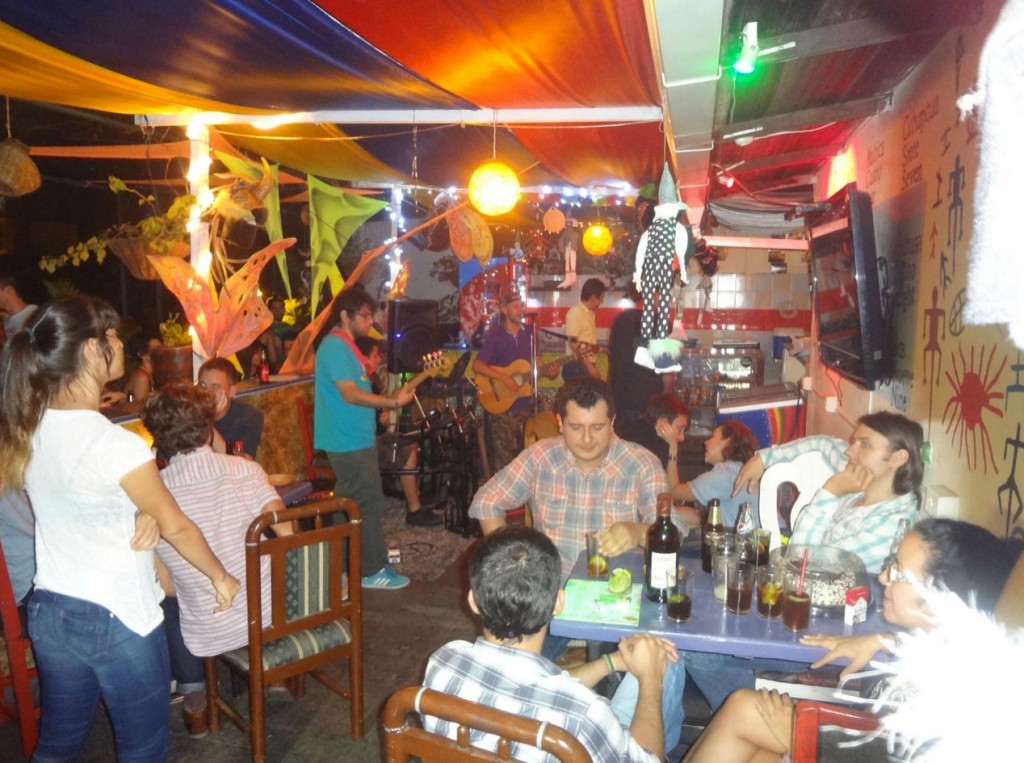 The city is fairly well kept and has a parks scattered throughout. Due to the city’s ideal altitude, it maintains a nice warm (but not hot) climate all year long, similar to Medellin. 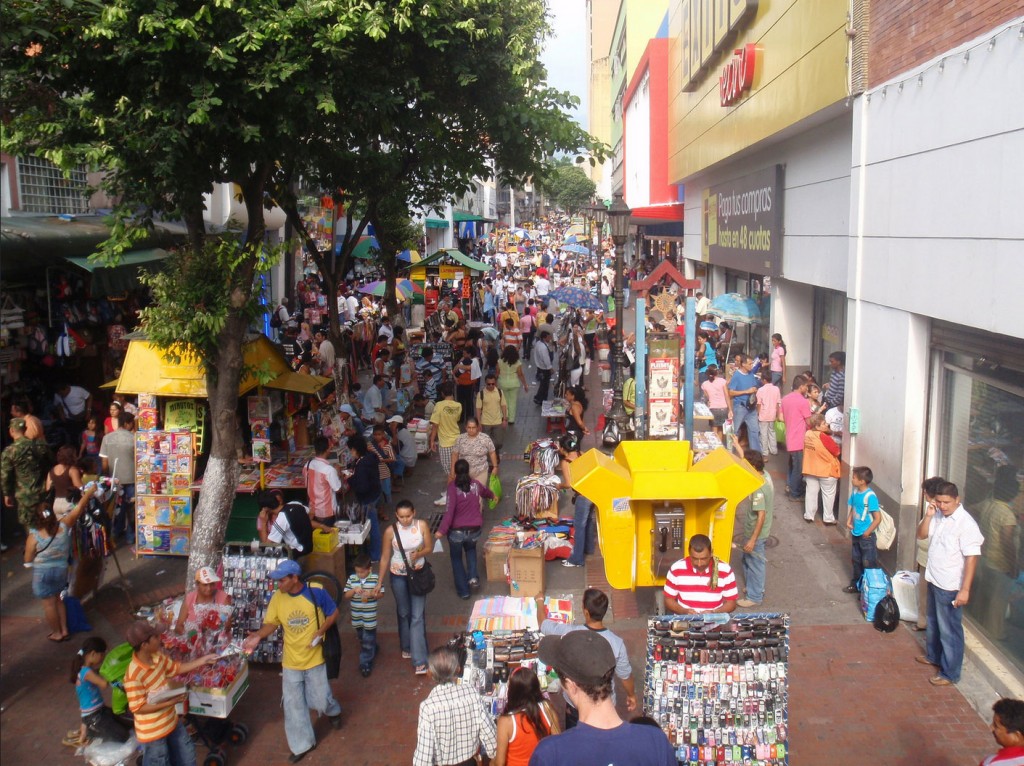 Colombia also has some of the best fruit in the world. Lots of good stuff like Mangosteen, Guanabana, and Maracuya, all of which we don’t get here in the U.S. The Colombians love making them into fruit juices/smoothies which frequently accompany their lunch. 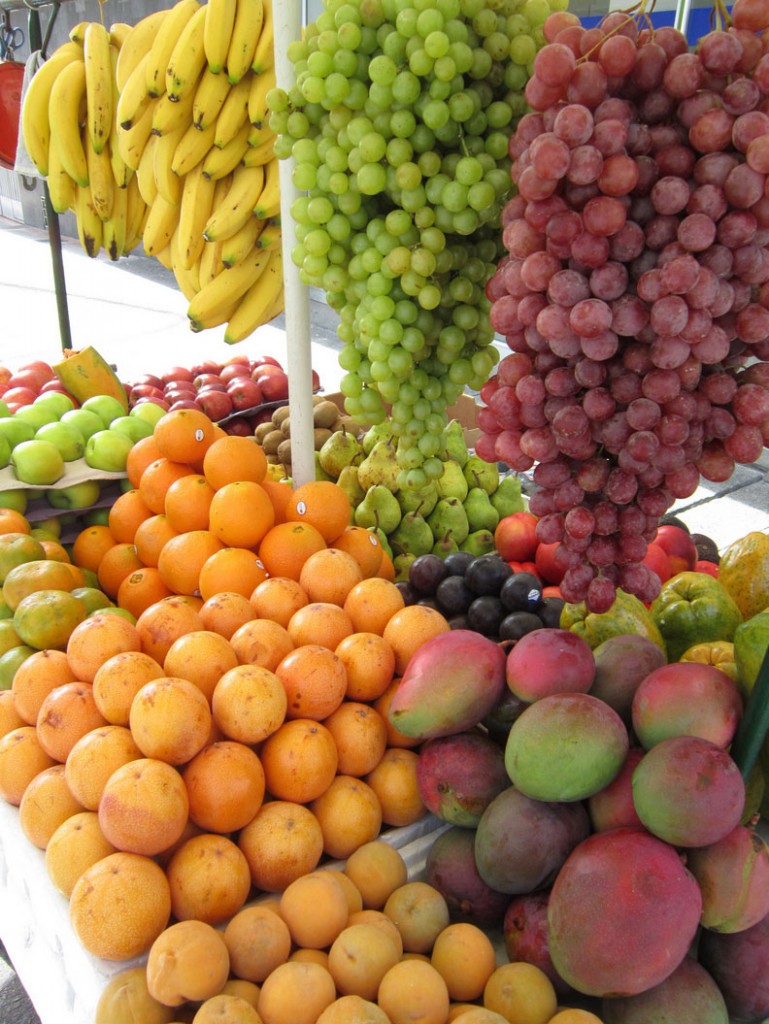 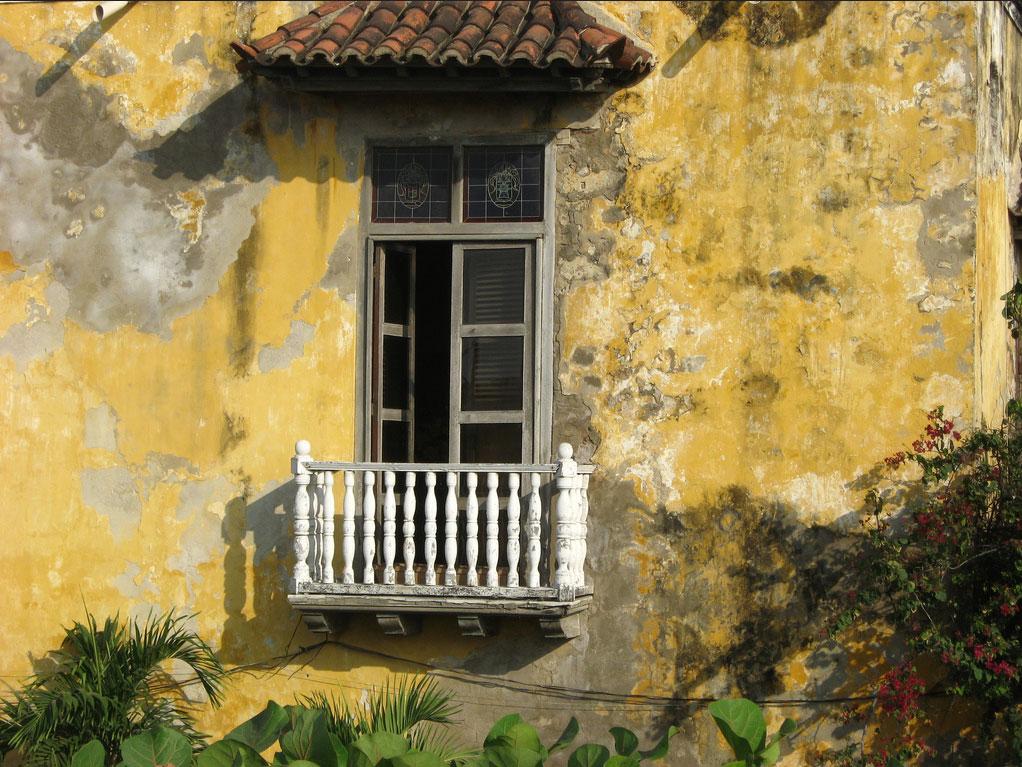 While I was here in B-manga, I had to get some bike stuff done. Since it’s a decent size city, I figured I’d be able to find everything I needed. First on the list: getting my new Pirelli Scorpion tires mounted. Did I mention that I got these for a hella good deal in Venezuela? About $130 for both tires! A quick Google search led me to a few moto shops where I could get them mounted. 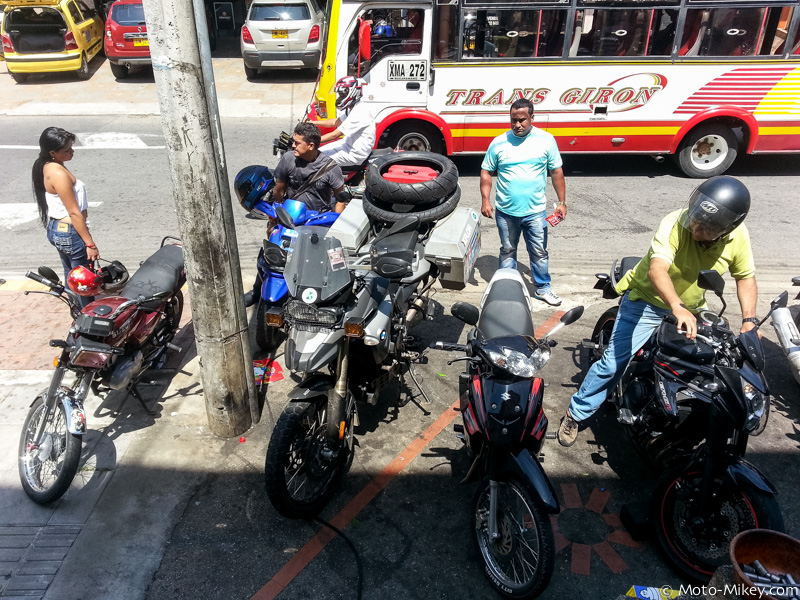 My Heidenau K60 tires still had a bit of tread left on them but I didn’t want to carry my new ones around with me any further.. I didn’t plan on riding off-road anymore and Colombia has lots of good, paved twisty roads, thus necessitating some more street worthy tires 😉 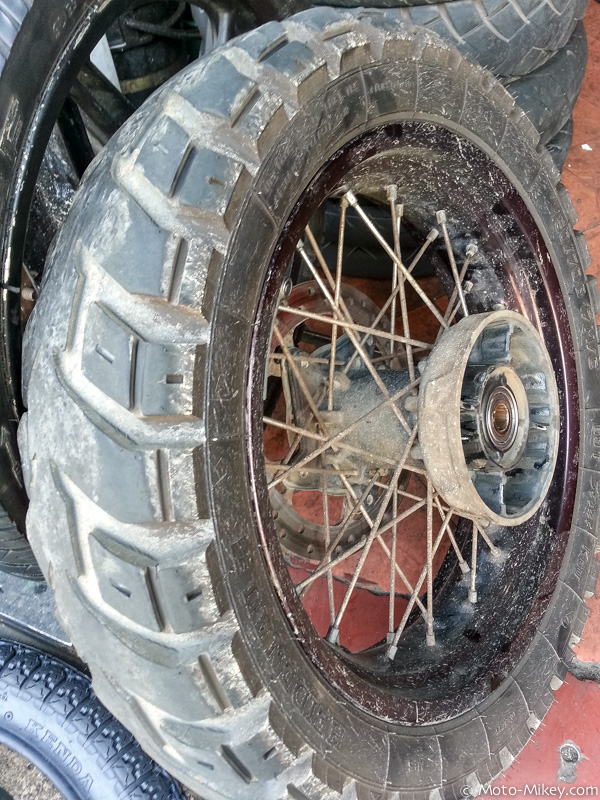 I found another small moto shop which sold batteries and could change my oil. Hopefully this new bigger battery fixes the electrical problem. 😐 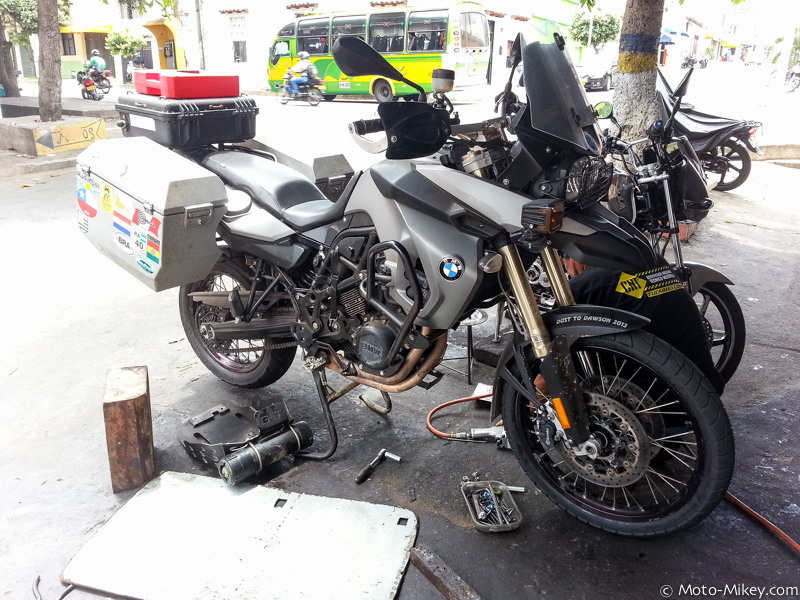 I only spent a few days here in Bucaramanga but I really enjoyed the city. I think it’s worth adding to my list of ‘potential places worth relocating to’ 😉