So the next morning, I picked up my battery from Able Motos where it had been charging over night. After getting everything put back together and loaded up, I took off for the border. The plan was to make it to the city of Bucaramanaga in Colombia. That didn’t exactly happen.. 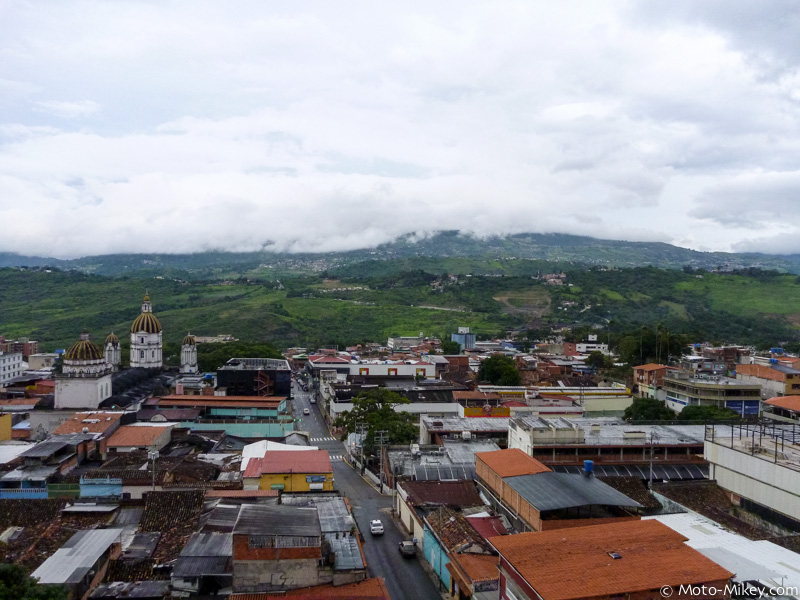 Able Motos. These guys took care of me in San Cristobal. I aso added my obligatory Moto-Mikey decal to their store window 😉 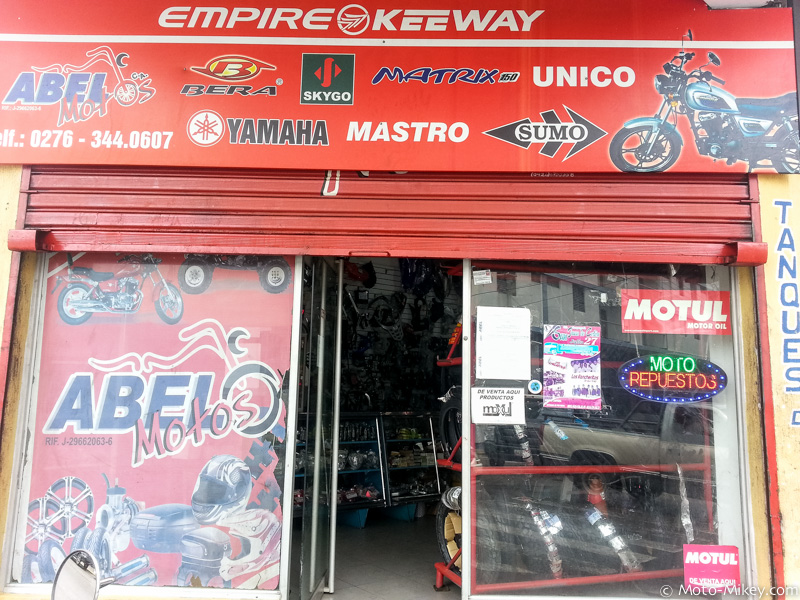 The border crossing was interesting.. The small border town of San Antonio del Tachira on the Venezuela side was without power. No one knew when it would be back on.. “..hopefully today”.. oh boy. Since the power was out, the immigration office wasn’t processing anyone into or out of the country. To make a long story short, I ended up standing in a very crowded, small office (think of something like the DMV) for about 2.5 hours waiting for the electricity to come back on. It was hot, it was crowded, and no one wanted to be there. Fun times. After eventually getting myself stamped out of Venezuela, I continued towards the border and immediately got stuck in some of the worst traffic I’ve ever seen. Since the power was out, the border officials weren’t letting anyone in or out of the country; thus there was a huge amount of traffic. Thank god I was on a moto and could split most of the traffic. Remember: riding on sidewalks and doing damn near whatever you want while on a moto is perfectly acceptable, if not expected, here in VZ 😛 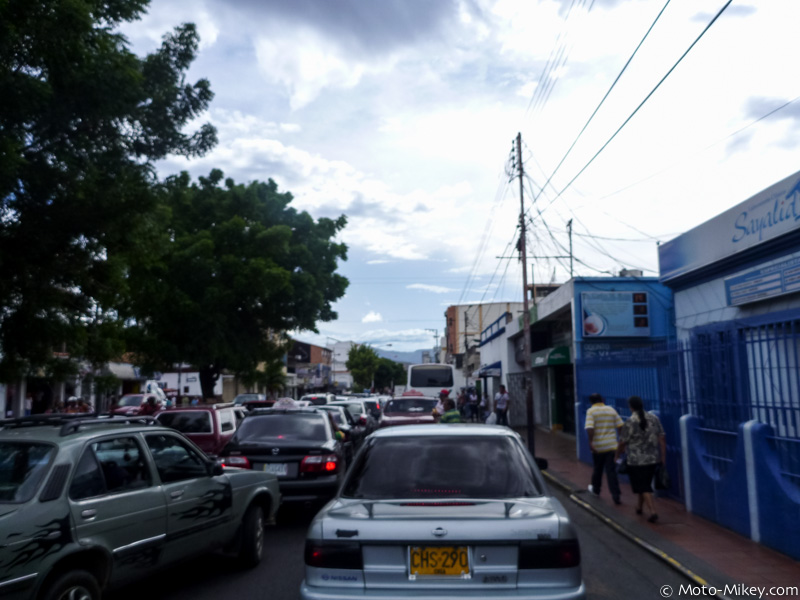 I skipped getting my VZ moto import permit cancelled because, well.. screw that.. I had already spent enough time trying to get out of this country and the aduana line was crazy. I highly doubt I’ll be riding my moto back here in VZ anytime soon, so no worries.

So now, I’m successfully out of Venezuela and all I need to do is get myself and the moto back into Colombia. Should be easy, right? Ha! So, I get myself stamped into the country in less than 2 minutes and now just need to get the moto imported (which is always the complicated part). After looking around a bit for the Aduana office and finding some locked doors, i’m directed to find an official standing in the road who will take care of me. I track this lady down who proceeds to tell me that Colombian Aduana is closed for the weekend and I’ll have to come back on Monday. It’s Saturday morning now, so that’s not going to work for me. She then proceeds to tell me I have to go BACK to Venezuela since I can’t import my moto and it would be illegal if I go any further.. since the VZ border is ridiculous, there’s no way I’m doing that again. sigh..

After begging/pleading/yelling/demanding/laughing at her for about 30 minutes, I finally get her to allow another border official to ‘escort’ me a half kilometer up the road to a posada/hotel where I will have to stay for the next 2 days waiting for Aduana to open again. More retarded Latin bureaucracy. In all my months of riding around down here, I have never encountered a border that simply closed ‘for the weekend’.

So yeah, if you’re an ADV rider and plan on crossing here, make it on a weekday. 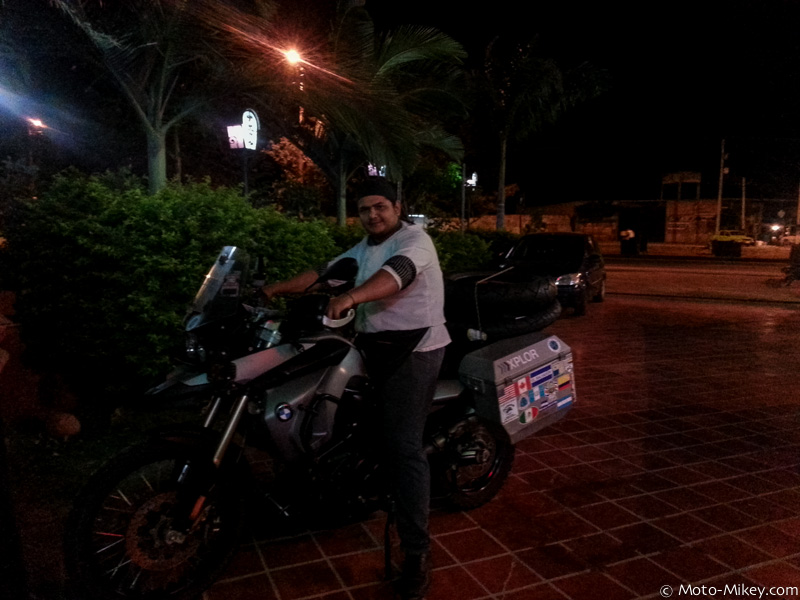 The good news is that the posada I’m staying at has really hospitable owners. I spent the night getting sloshed with some new friends on cheap Venezuelan Polar Ice beer. This stuff is probably the worst beer I’ve encountered on this trip. It’s extremely watered down and only has something like 2% ABV, but since it’s so cheap, everyone around here drinks it. They also come in these strange little bottles equivalent to maybe 2/3 the size of a standard 12oz beer. What they lack in potency or size, they make up for in affordability, so just drink a dozen or so and you’ll be good to go 😆 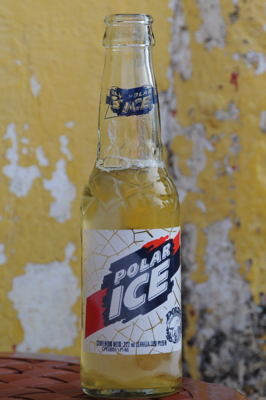 I spent the next day (Sunday) lounging around and watching a few movies. Not much to do or any WiFi available. I grabbed some really good empanadas from a street vendors for cheap. I think Venezuela has the best empanadas in all of Latin America.. even better than Argentina. I can hear all the Porteños scoffing at me as I write this  😛

The next morning, I made said goodbye to my gracious hosts and rode back to the border to get the moto imported. No issues this time. I was supposed to buy insurance from an agent at the border but they were a major rip off, so I risked waiting to buy some later on in Bucaramanaga (which is what I recommend).

Back at my moto, I met a Venezuelan dude who was just starting off on a big ride. He was moving to Chile and riding his moto down there to live with his GF. He was pretty excited to meet me since I had already ridden down there from Colombia. I think I put his mind at rest since he was worried about the dangers of the trip. After BSing for a bit, we rode off together towards Bucaramanga on a fantastic section of  twisty scenic road. 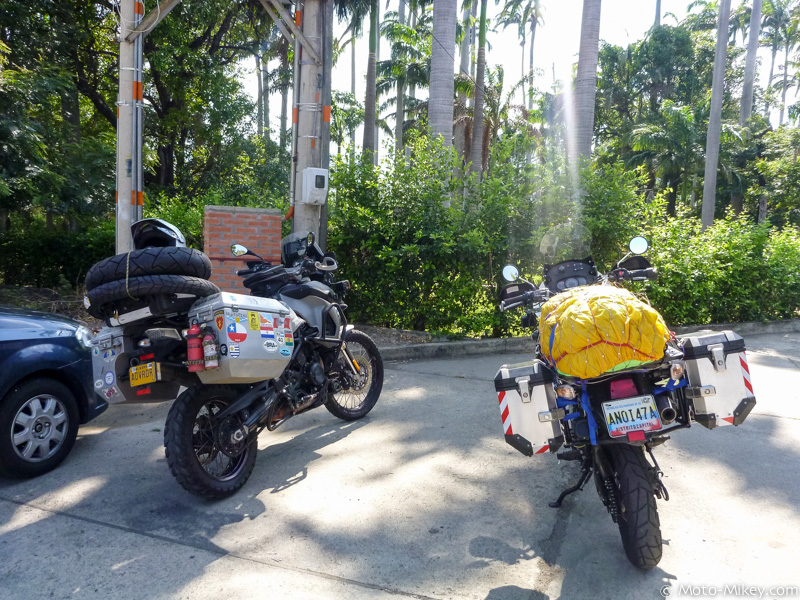 The road from Cucuta (near the border) to B-manga is fantastic. Spectacular views, as usual with most of Colombia, and plenty of curvy roads. We rode into the city and eventually split up. He kept riding for a bit more, while I was going to stick around here for a few days to hang out and work on the moto. I was still have trouble with the battery and had to bump start the moto again. I’ll have to buy another battery here.

I got settled into a cool hostel in a nice part of town and went to check out the city a bit. So far, so good. It’s good to be back in Colombia.